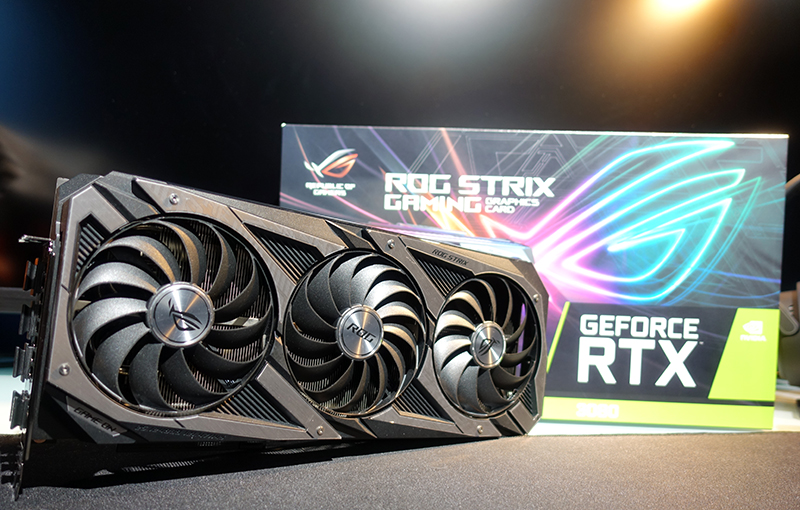 One of the best custom GeForce RTX 3080s you can buy

The NVIDIA GeForce RTX 3080 is already one of the most powerful graphics cards you can buy today – assuming you can find it anywhere, that is – and the ASUS ROG Strix GeForce RTX 3080 takes things up a notch with a beefed-up cooler, higher clock speeds and customizable RGB lighting. On top of that, you get neat additions like a custom PCB and optimised backplate design to further boost performance.

The cooler is a massive 3-slot unit that succeeds in keeping this beast of a card nice and chilly. It features a total of seven heat pipes and a huge fin array, which help channel heat away from the Ampere GPU die. The GPU contact plate has been manufactured using ASUS' MaxContact technology, which polishes the surface of the heat spreader to improve smoothness at a microscopic level. This extra flatness increases the surface area that comes in contact with the die for even better heat transfer. 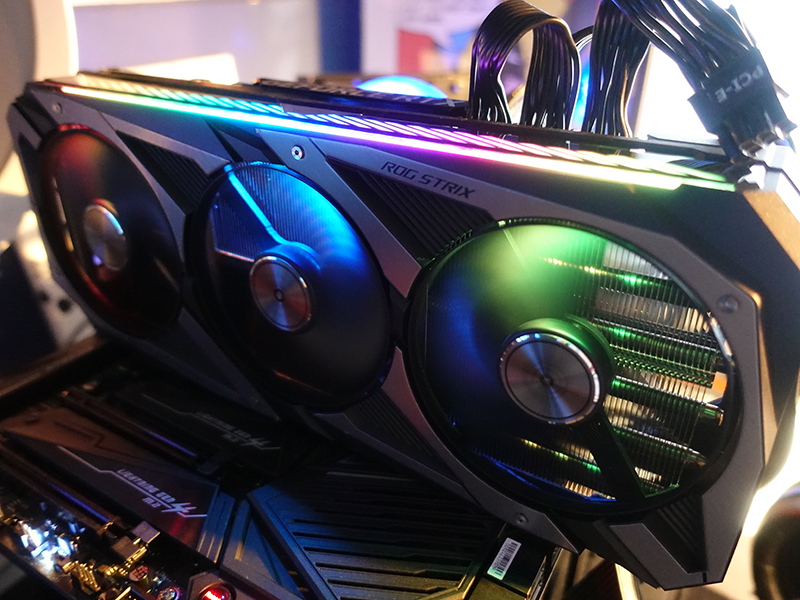 The overall heatsink size has also been increased compared to the previous generation – there are now additional fins to increase the surface area – allowing for greater thermal headroom to accommodate the higher performance of the new chip.

The axial-tech fans have been upgraded too to go with the larger heatsink. The blade count has gone up on all three fans, sitting now at 13 on the centre fan and 11 on the auxiliary fans. The barrier ring on the side fans has been slimmed down to allow more air to pass through and also to provide better airflow through the heatsink. Finally, the centre fan's extra blades and taller ring serve to boost static pressure and channel air more effectively toward the GPU heat spreader. 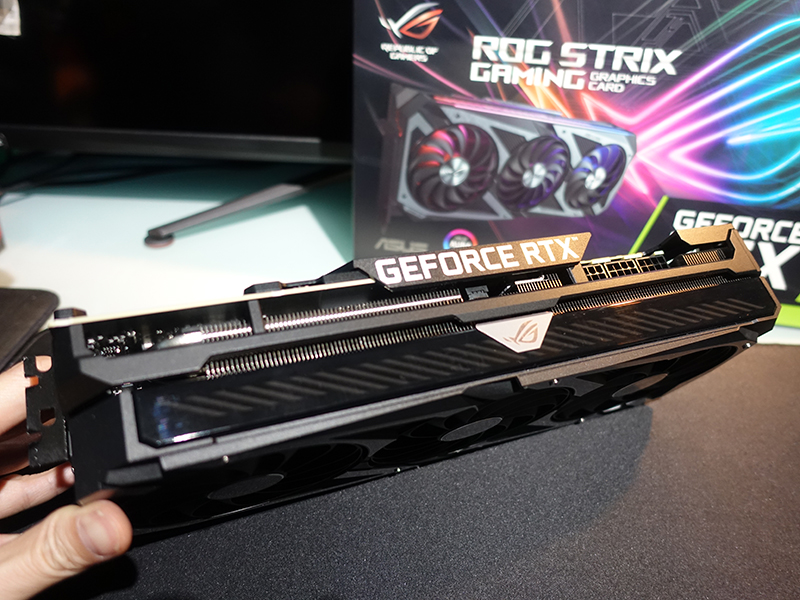 However, ASUS has changed more than the fans' design. The rotational direction of the centre fan has been reversed as well, similar to what Gigabyte does with its alternately spinning fans on its WindForce coolers. This reduces turbulence inside of the heatsink array to further improve the overall thermal performance. If all three fans were spinning in the same direction, the air would flow in opposite directions between fans, thus increasing turbulence. ASUS says these changes have allowed it to lower the fan speeds on the ROG Strix card, which helps with overall noise reduction. The fans will stop spinning if the GPU temperature is below 55°C as well, so you won't be bothered by the noise when your system isn't working that hard.

Elsewhere, ASUS has utilised premium capacitors, chokes and MOSFETs to ensure more reliable power delivery. It's a full MLCC capacitor design, and power is delivered through no fewer than three 8-pin PCIe power connectors. ASUS has opted for the standard PCIe connectors here, so you won't need NVIDIA's new adapter. Separately, there are also two PWM FanConnect II headers on the rear, should you wish to attach chassis fans directly to the card and tune them with a curve based on either the CPU or GPU temperature. Round the back, the backplate features a wide vent that allows hot air to escape toward the chassis exhaust fans at the rear more easily. The PCB has been shortened to facilitate this as well, so the card won't keep recycling its own hot air. Given that this is a really large and heavy card, ASUS has also added a GPU bracket for some extra stability between the GPU die and heat spreader. 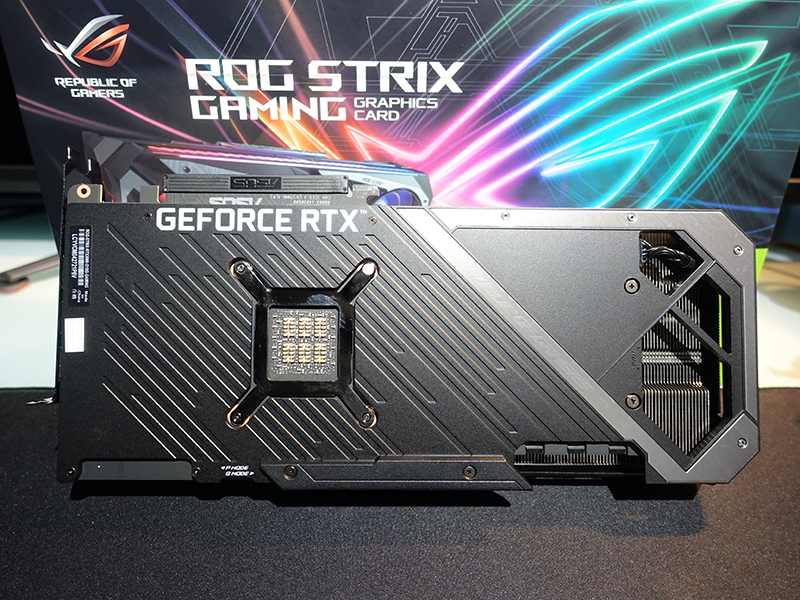 The I/O bracket is constructed from stainless steel to protect the display outputs and provide a more secure mount. You can also access the Dual BIOS switch at the back, which lets you quickly switch between Performance and Quiet modes if you don't want to fiddle with the software. Finally, ASUS hasn't neglected the card's aesthetics either. The cooling shroud has been revamped with new metal accents that take inspiration from existing ROG and ROG Strix motherboards. There's a mix of surface textures and materials to be found here, so this card should make quite a striking statement if you choose to mount it vertically to show it off. The side of the card now features its own RGB LEDs too, and this can be synced with other ROG components for a more uniform look so it won't look too plain from the side even if your chassis doesn't support vertical GPU mounting. That said, if you prefer a more minimalist look, you can simply shut off the LEDs – the grey shroud has a relatively muted look that will blend in quite easily with most builds.

Write a Review
Compare This | Specifications
Attractive looks and robust build quality
Aggressive clock speeds
Leading thermal performance
Uses normal 8-pin PCIe connectors
Triple slot design may not be suitable for all cases
Expensive
Our articles may contain affiliate links. If you buy through these links, we may earn a small commission.
Sponsored Links