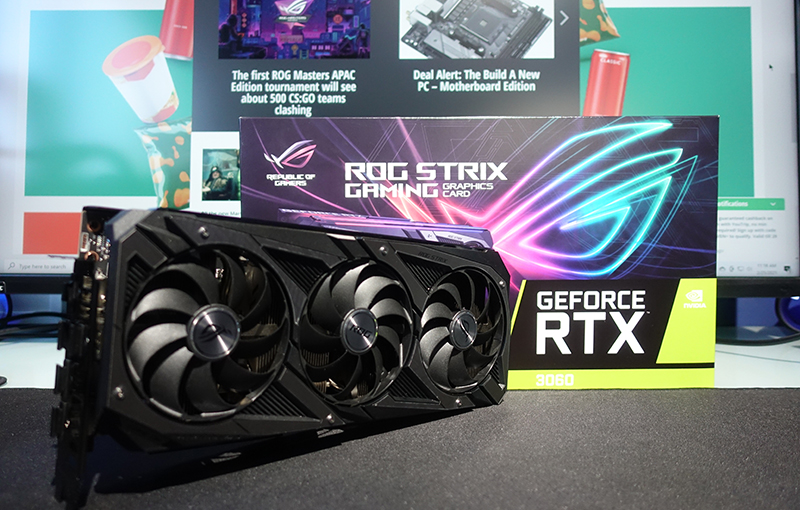 A boost for mid-range cards

The NVIDIA GeForce RTX 3060 is targeted at gamers who are still on the GeForce RTX 1060, one of NVIDIA's most popular mainstream cards to date. There's no Founders Edition model this time however, and NVIDIA has launched the card with a slew of custom offerings right from the outset. With a starting price of US$329, the card sits below the GeForce RTX 3060 Ti and is NVIDIA's new go-to card for 1080p gaming.

Here's an overview of its specifications and how it compares to the GeForce RTX 3060 Ti:

The ASUS ROG Strix GeForce RTX 3060 OC Gaming we have for review today comes with slightly more aggressive clock speeds, to the tune of a 1,912MHz boost clock in OC Mode. The card ships in Gaming Mode by default however, with a 1,882MHz boost clock.

ASUS has also slapped on a beefed-up, triple-slot cooler with three fans for improved cooling. The axial-tech fans now have a smaller fan hub that allows for longer fan blades and a barrier ring to increase downward air pressure. In addition, the two side fans spin counter-clockwise to reduce turbulence, similar to what we've seen before on Gigabyte's WindForce coolers. Semi-passive operation is supported as well, and the fans will stop spinning when GPU temperature falls below 50°C to further reduce noise. 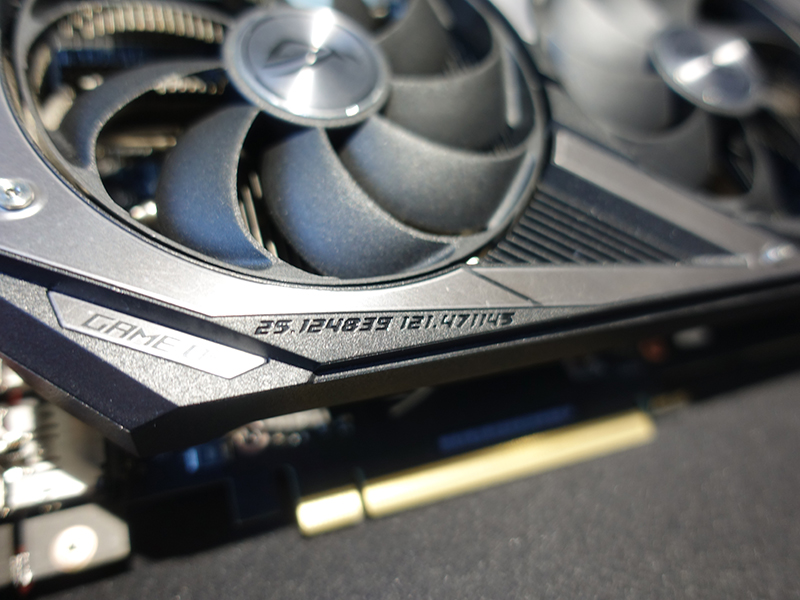 The cooler design has been upgraded too. The massive heatsink occupies nearly 3 full slots, providing plenty of surface area for heat dissipation. ASUS has also employed its MaxContact technology to polish the surface of the heat spreader to ensure it is super smooth for better thermal transfer.

The PCB itself is smaller than the cooling shroud, but it comes with upgraded capacitors, chokes and MOSFETs selected for improved power stability. The Super Alloy II components are soldered to the PCB using the company's Auto-Extreme automated manufacturing process as well to eliminate the chance of human error. 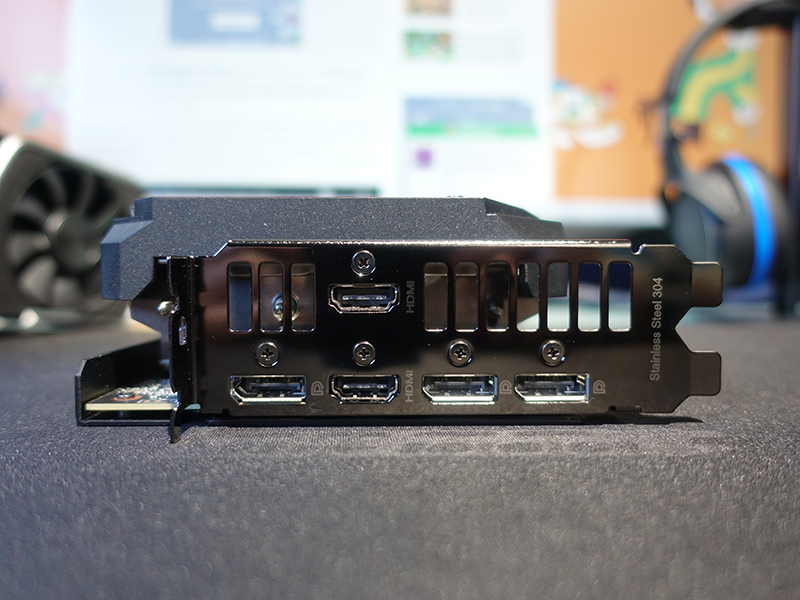 Finally, the backplate sports a wide cutout to further enable hot air to escape toward the rear exhaust fans in your chassis instead of being recycled. The backplate helps reinforce the entire structure of the card too and prevents the PCB from flexing. To beef it up even further, ASUS has installed a stainless steel I/O bracket to protect the ports, which comprise two HDMI 2.1 and three DisplayPort 1.4a connectors.

A convenient Dual BIOS switch sits on the edge of the card, allowing you to quickly switch between Performance and Quiet modes. 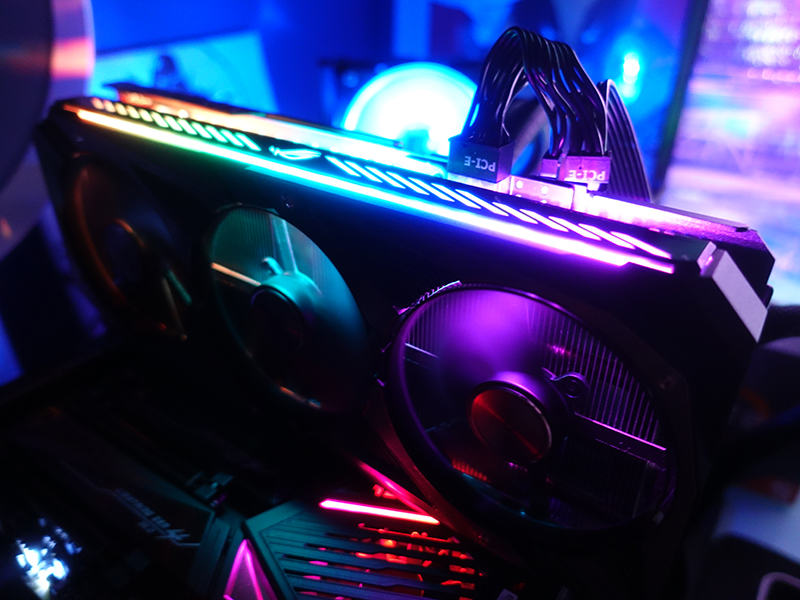 The ROG Strix card boasts some fancy aesthetics as well. A customisable RGB ROG logo sits on the backplate, alongside some striking RGB elements on the side of the card. If you choose to mount it vertically, the textured grey elements on the shroud should really help it stand out.