Since there is no Founders Edition model for the GeForce GTX 1660 Ti, cooling performance will vary between the custom solutions implemented by different vendors. ASUS' triple fan cooler for this generation of ROG Strix cards has fared really well in my previews reviews, and this time is no exception. The ROG Strix GeForce GTX 1660 Ti ran at a chilly 58°C, and it's quiet to boot as well.

When it came to power consumption, the card recorded a higher than expected idle power draw, but power consumption at load was around the same as the GeForce GTX 1070. It also consumes significantly less power than the Radeon RX 590, despite being quite a bit faster. Clearly, NVIDIA continues to dominate in terms of power efficiency and performance per watt. 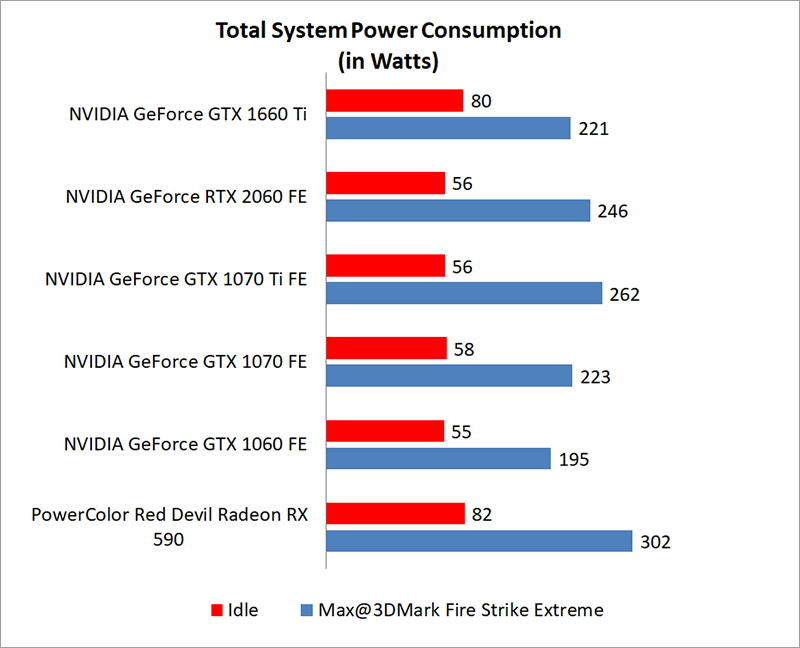