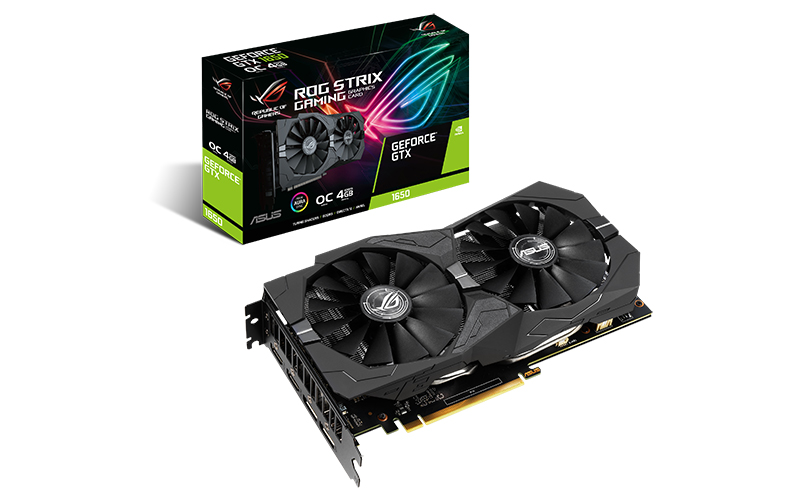 Yet another budget card

NVIDIA is working hard to fill out the more affordable end of its range of Turing graphics cards. The company just launched the GeForce GTX 1650, the latest addition to its GeForce GTX family of Turing GPUs. As is usual for cards at the lower end of the product line-up, there will be no Founders Edition model, and NVIDIA is going straight to launch with a bevy of custom cards from its partners.

Among the first to land in our lab is the ASUS ROG Strix GeForce GTX 1650 Gaming OC - a dual-fan model that boasts ASUS' DirectCU II cooler and IP5X dust resistance. It's a little on the beefy side for a card with a TDP of just 75W, which is both a good and bad thing. While the GeForce GTX 1650 technically starts at US$149, you can expect the additional features of the card to drive up its price. At the time of writing, ASUS hasn't revealed the local pricing for the card yet, but it's currently listed on Newegg for US$179. And while the more robust feature set is certainly nice, the fact remains that it can sometimes push the price of the card outside the budget of its intended audience. 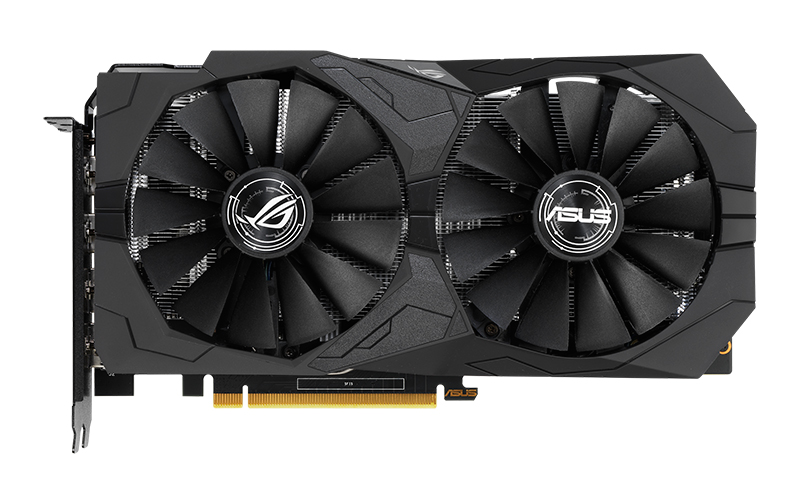 That said, the ROG Strix GeForce GTX 1650 Gaming OC offers much of what ASUS' other ROG Strix cards do. This includes semi-passive fans that will stop spinning when the GPU temperature falls below 55°C, Aura Sync RGB lighting, and a single FanConnect II 4-pin header. There's a metal backplate as well, which helps protect the PCB and conveys a more premium feel to the card. 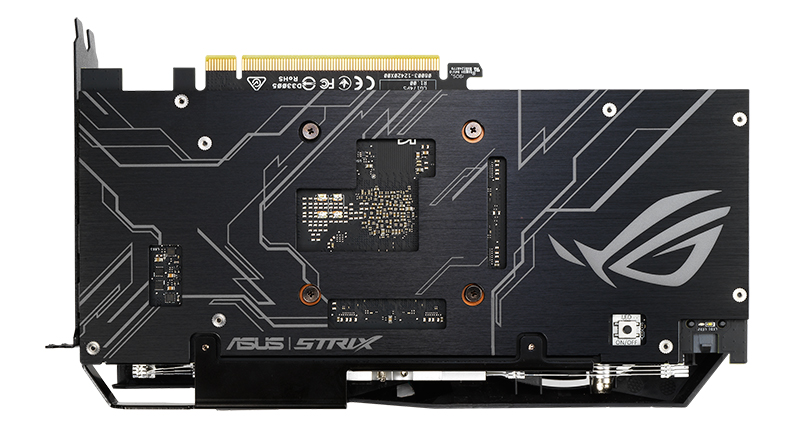 The power delivery subsystem comprises of a 4+1-phase design and solid polymer capacitors and alloy chokes that ASUS says will last longer and won't produce annoying buzzing noises. In addition, the card is manufactured using the company's Auto-Extreme Technology, which basically relies on automation for better reliability and consistency.

For display connectors, it has two HDMI 2.0b and two DisplayPort 1.4 outputs.

Here's a table showing how the reference specifications stack up against its closest siblings:

The ASUS card sticks to the same base clock, but it has a significantly higher 1,830MHz boost clock in Gaming Mode. This goes up to 1,860MHz in OC Mode, but the card ships in Gaming Mode by default.

The TU116 GPU that the GeForce GTX 1650 uses is a smaller variant of the TU117 chip in the GeForce GTX 1660 and 1660 Ti. You'll notice that it features markedly fewer streaming multiprocessors, which also means fewer CUDA cores, texture units, and ROPs. It still has most of the benefits of the Turing architecture though, which you can read about it in further detail in my review of the GeForce GTX 1660 Ti. I say most though, because it is actually missing something, and that's the new NVENC video encoder that the other Turing cards have. Instead, NVIDIA has slipped in the older Volta NVENC encoder, which means you don't get the 15 per cent boost in efficiency and new features to avoid artifacting.

This isn't really a deal-breaker since someone who buys the GeForce GTX 1650 probably isn't into content creation or streaming, but it's still a puzzling omission on NVIDIA's end.

That aside, the card is still a step up from the GeForce GTX 1050 and 1050 Ti, with more CUDA cores and higher memory bandwidth. According to NVIDIA, the GeForce GTX 1650 should also be up to twice as fast as the GeForce GTX 950, and it's no doubt hoping owners of older, budget systems will upgrade.