To test the ASUS ROG Rapture GT-AC2900, we are using our standard test setup which consists of two notebooks, one acting as a host machine and the other as a client device. The router, or in this case, node, acts as a gateway. For systems where manual settings are possible, a channel bandwidth of 80MHz is selected where applicable.

Since the ROG Rapture GT-AC2900 is capable of tapping into the DFS spectrum, I used one of the DFS channels to test, specifically channel 100. Our test environment is moderately noisy and I can detect about 16 to 20 networks at any one time.

The ASUS ROG Rapture GT-AC2900’s performance was generally very good. At close ranges, it outpaced the Linksys EA8100 and was about as quick or even faster than the mighty Linksys EA9500. However, performance dipped considerably as we got to 10 metres even if we were on a DFS channel. If it’s any consolation, we noticed the same with the Linksys EA8100.

What’s impressive is the ROG Rapture GT-AC2900’s performance from the second floor. Few networking units can even broadcast reliably to this area but the Rapture GT-AC2900 could and with decent speeds of around 150Mbps, which is comfortable enough for even high-res video streaming. 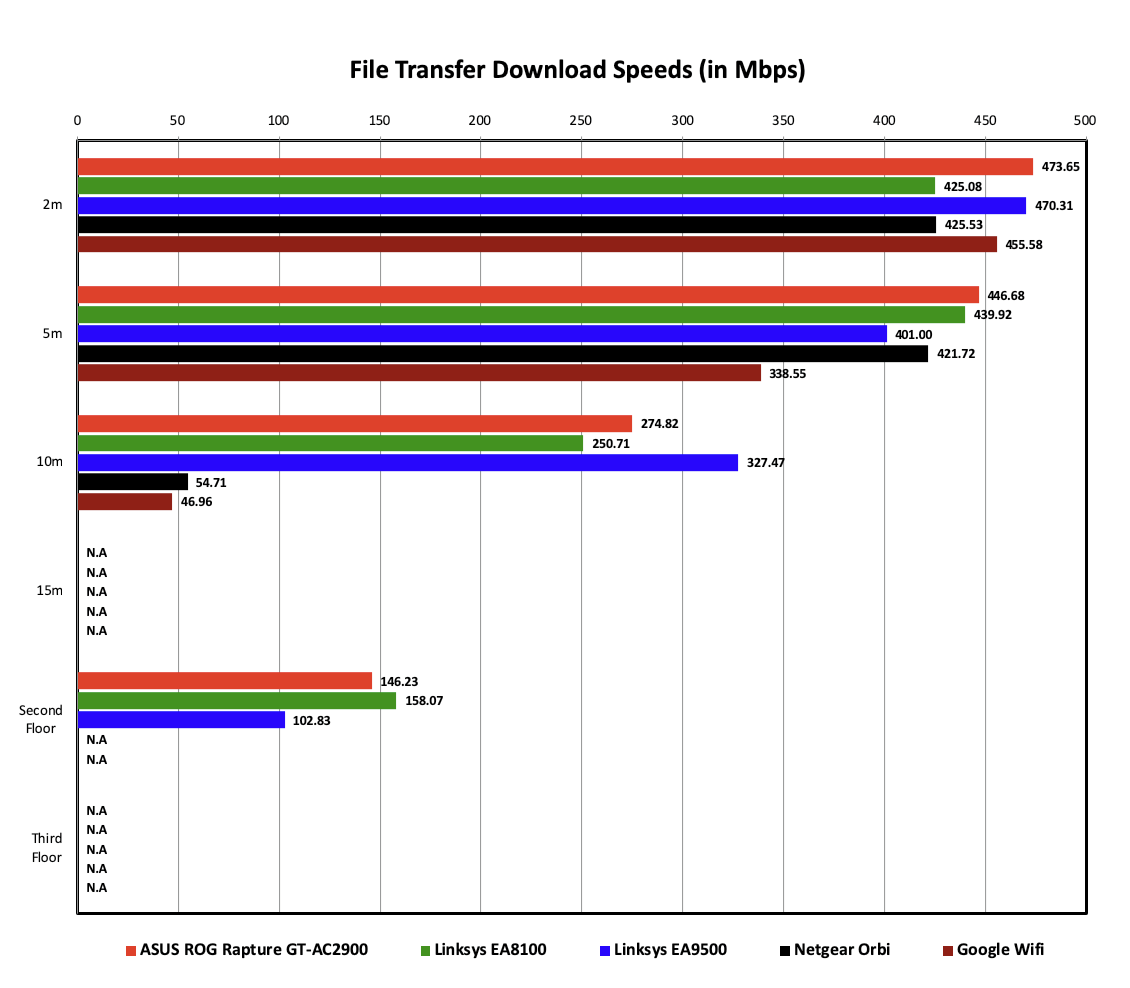 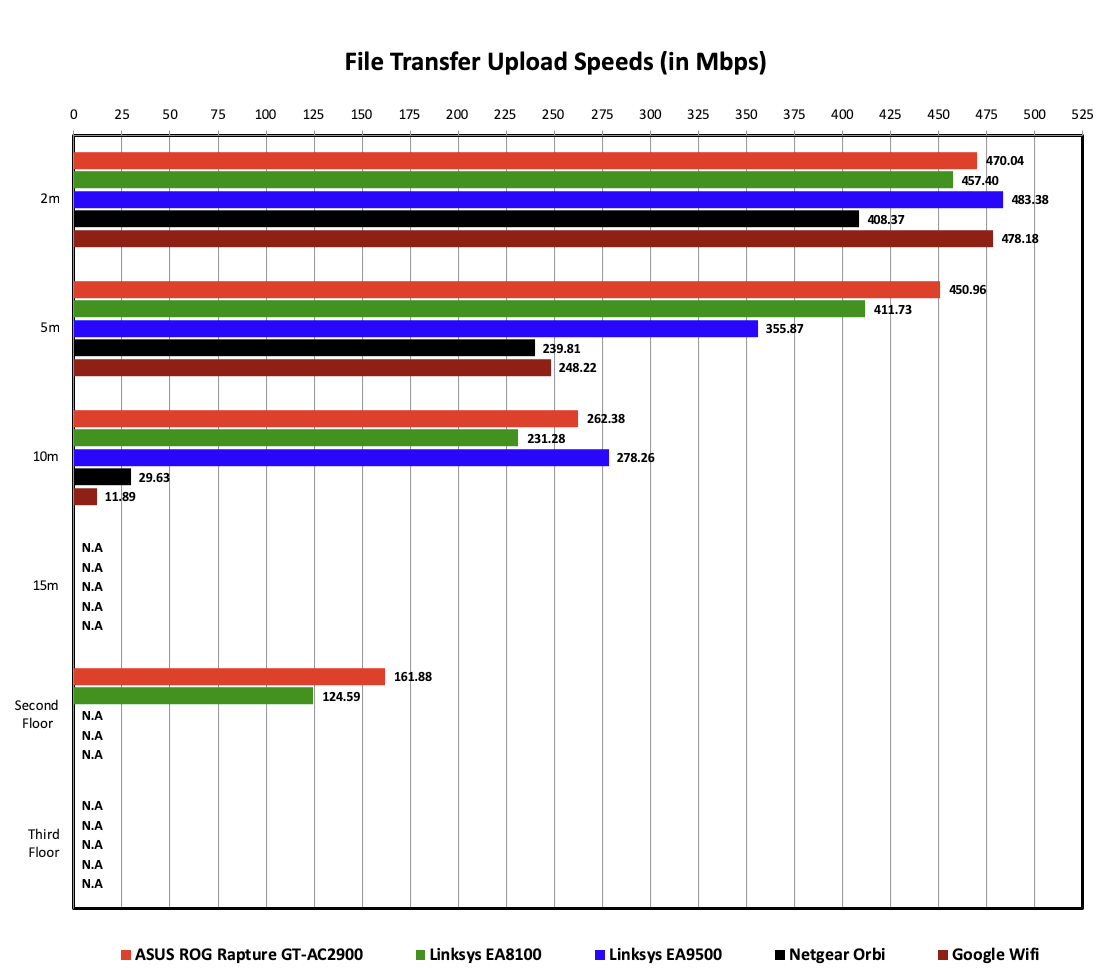 It’s hard to fault ASUS’ new ROG Rapture GT-AC2900 gaming router because it has just about everything a gamer or regular user would need. It has a pleasant, compact design; it’s choke-full of features; it performs well; it even has RGB lighting. All things considered, it’s a great alternative for those who find the S$559 asking price of ROG Rapture GT-AC5300 too prohibitive. Really, the only thing buyers will be missing is the second 5GHz network. If you don’t have that many users at home or if you don’t have that many connected devices, that missing 5GHz network isn’t a big deal. 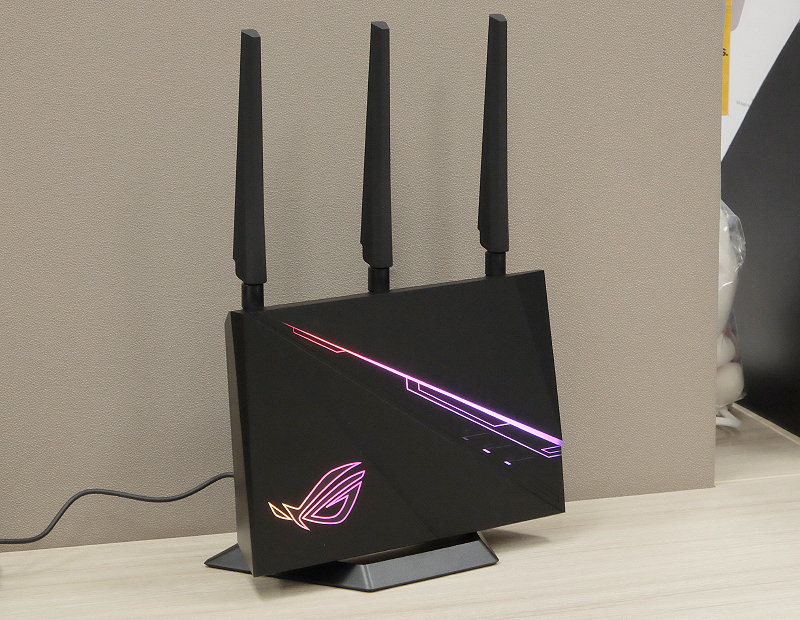 Now, the good news is that StarHub is bundling this router free as part of their new Turbo Gamer 2Gbps. For more details of the new plan, click here.

But if your contract isn't up yet, the ROG Rapture GT-AC2900 is also available exclusively to StarHub broadband customers for S$399. It’s much more affordable than the flagship ROG Rapture GT-AC5300 but it's still rather pricey, especially for a dual-band router. However, considering what it offers, I think the high price is well justified.

For readers who are not StarHub broadband subscribers or who have no intention of subscribing to StarHub’s new gaming plan, your only option is to get a friend/relative/colleague who is a StarHub broadband customer to help. It’s a hassle for sure, but the trouble is worth it because this is one terrific little router.

Write a Review
Compare This | Specifications
Good performance
Support for DFS
Dedicated gaming ports
Chock-full of features
Link aggregation
Remote router management
Only four Gigabit Ethernet ports
Mobile apps are cumbersome
Only for StarHub customers
Pricey
Our articles may contain affiliate links. If you buy through these links, we may earn a small commission.
Sponsored Links