I don't have the numbers from many GeForce RTX 2080 laptops at the moment, so the GeForce RTX 2070 Max-Q models will have to serve as a baseline for performance here.

Overall, the ROG Mothership had a 29 per cent lead over the next best performer, the Aftershock Vapor 15 Pro. I doubt you'll notice much of a difference in basic word processing and web browsing tasks, but the more powerful Core i9-9980HK on the Mothership could help it in more demanding content creation workloads, as evinced by the score breakdown. 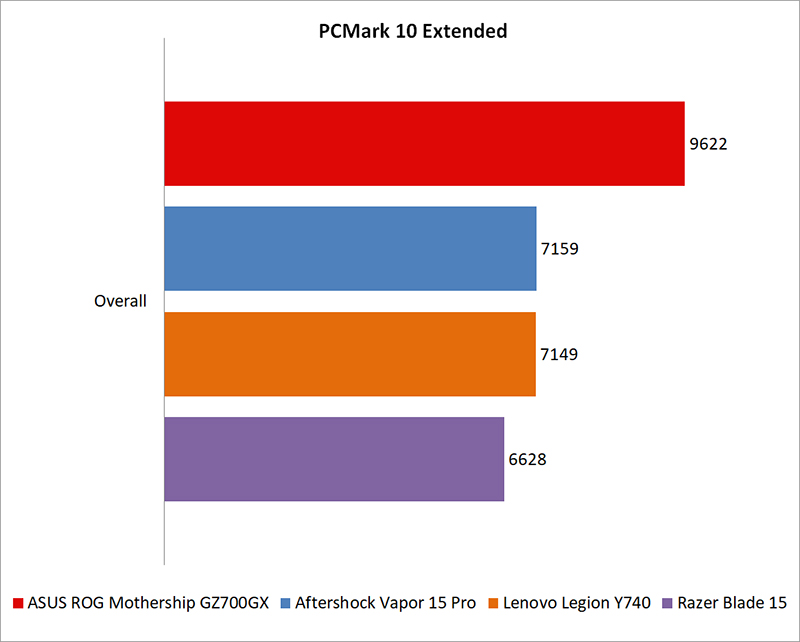 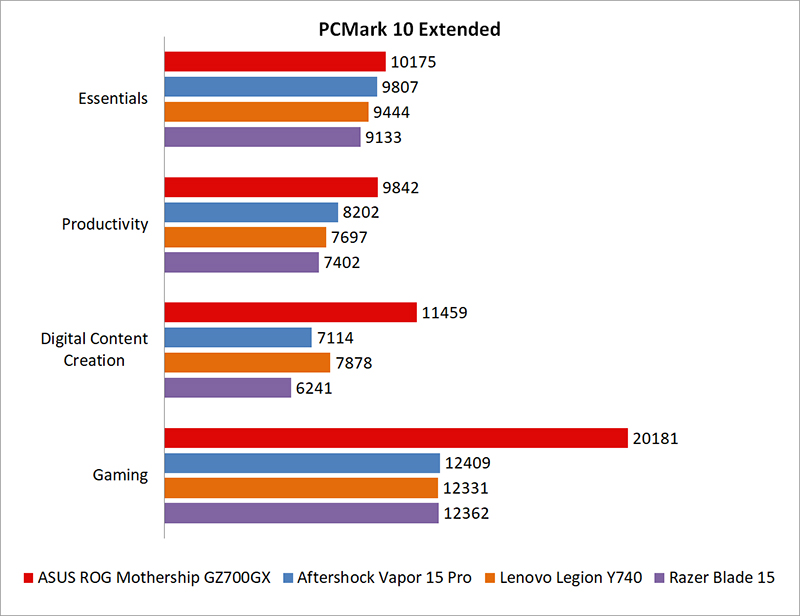 The ROG Mothership features three 512GB SSDs in RAID 0. This spreads data across multiple storage devices for faster reads and writes, because you now have three times the bandwidth of a single drive.

The benefit of this is particularly clear when looking at the sequential read and write speeds, which blows past the other notebooks which use just a single drive. However, that advantage falls away when it comes to reading small blocks of data and higher queue depths. 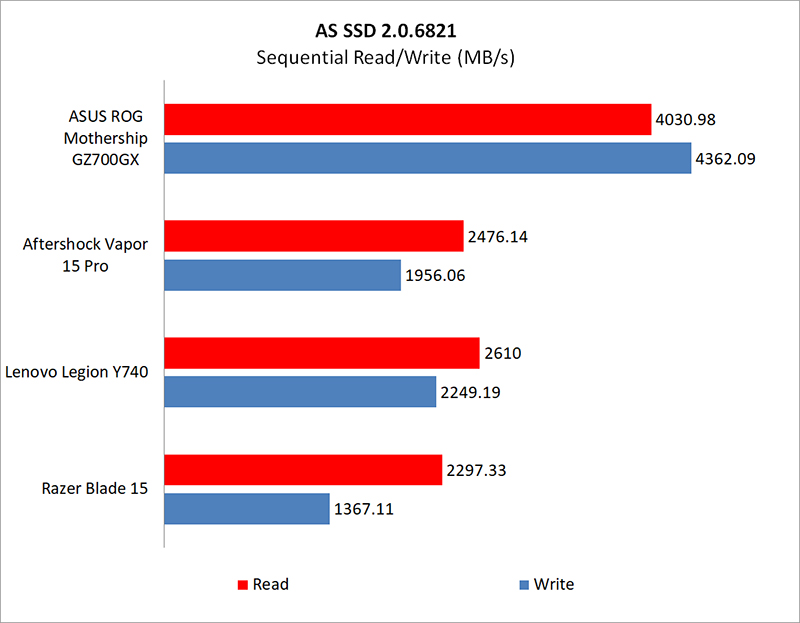 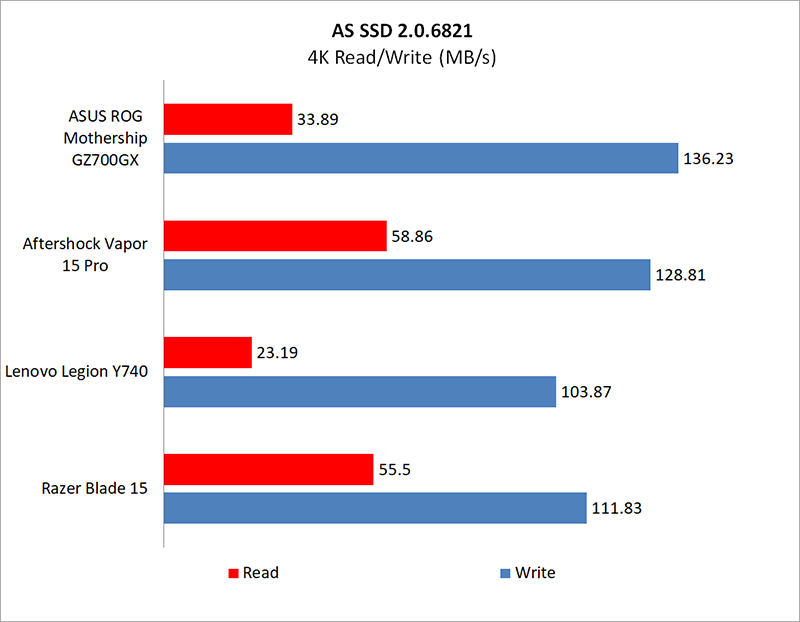 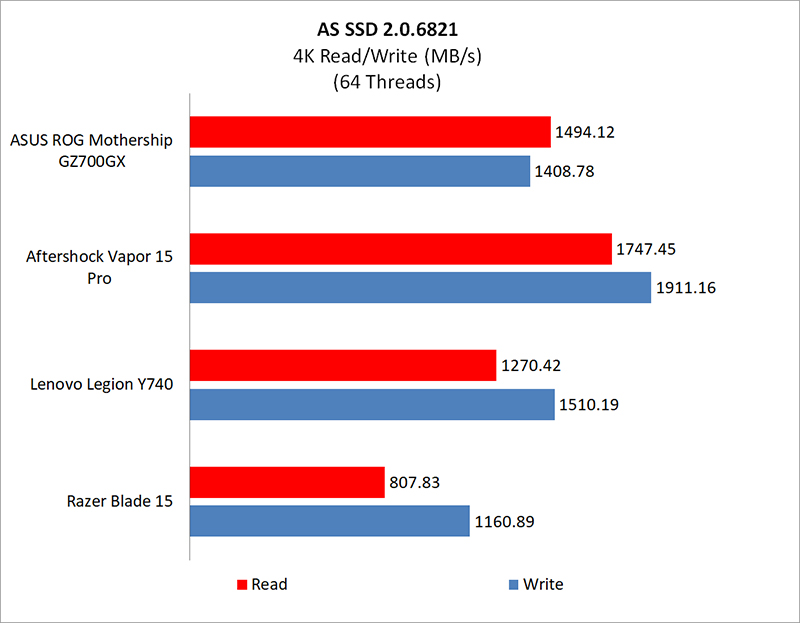 The Armoury Crate software comes with several different performance modes – Windows, Silent, Performance, and Turbo – but most people will probably run the laptop in Turbo mode most of the time. That mode offers the best performance, boosting the GPU to 1,880MHz and overclocking the CPU to 4.9GHz.

As expected, the ROG Mothership is blazing fast in games. Although it has a 4K screen, I tested it at 1080p so that it could still be compared with my existing numbers. It was a good 37 per cent faster than the Razer Blade in Deus Ex: Mankind Divided, and 45 per cent ahead in Metro Exodus.

That said, I also ran the games at 4K resolution and the highest settings so you can get an idea of how the Mothership performs at its native resolution:

It's clear that while the ROG Mothership makes short work of games at 1080p, it still struggles at 4K - a fact that we're all too aware of the limitations with even a GeForce RTX 2080 GPU. In fact, it's unable to maintain a solid 60FPS in any game. To be fair, the games were all run at their highest presets, but why would you drop nearly S$10,000 on a laptop and not run it at the highest possible settings?

Separately, the Mothership also supports CPU overclocking, and you can increase the multiplier on each core up to 50. However, that doesn't seem to have resulted in any performance increase at all, and I saw a decrease in certain cases as well. All things considered, I don't think there's much more utility to be squeezed out of overclocking the CPU, especially since games are mostly GPU-limiting anyway. 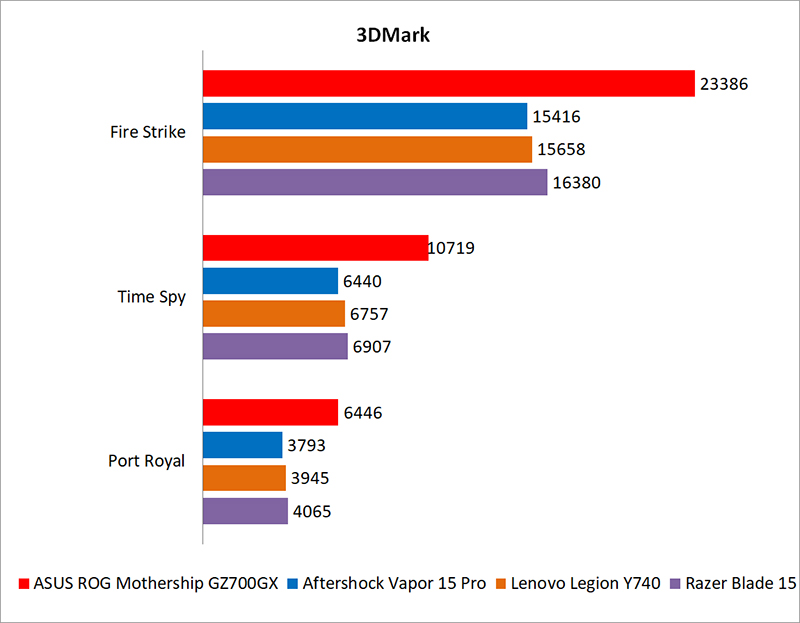 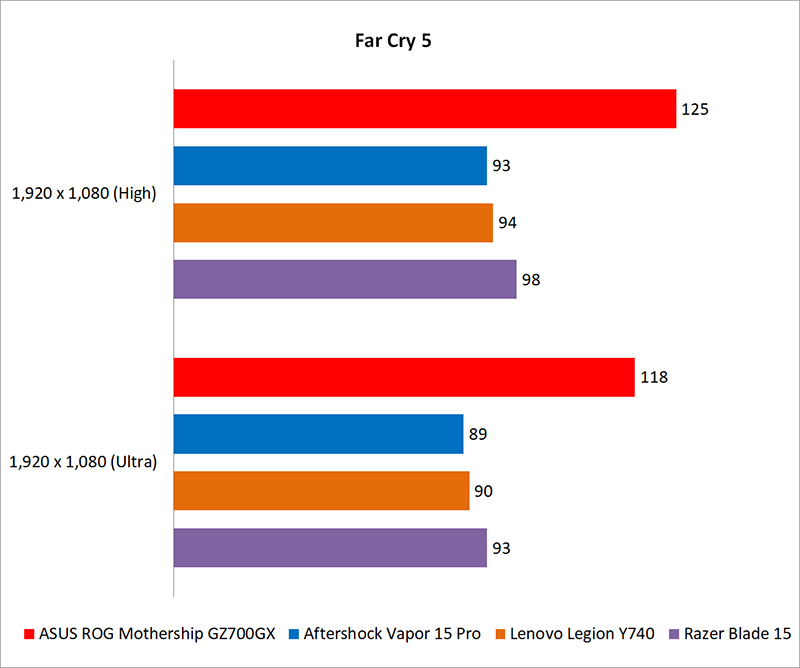 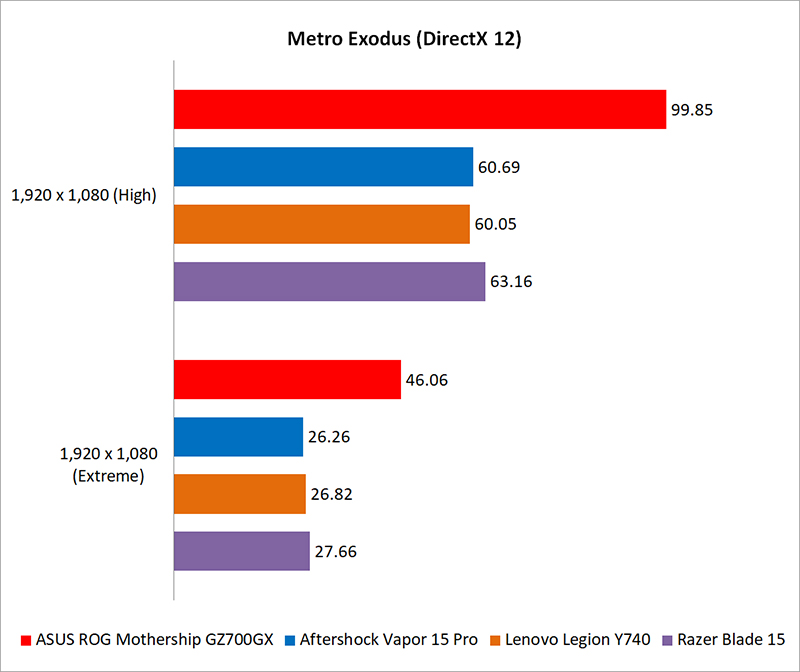 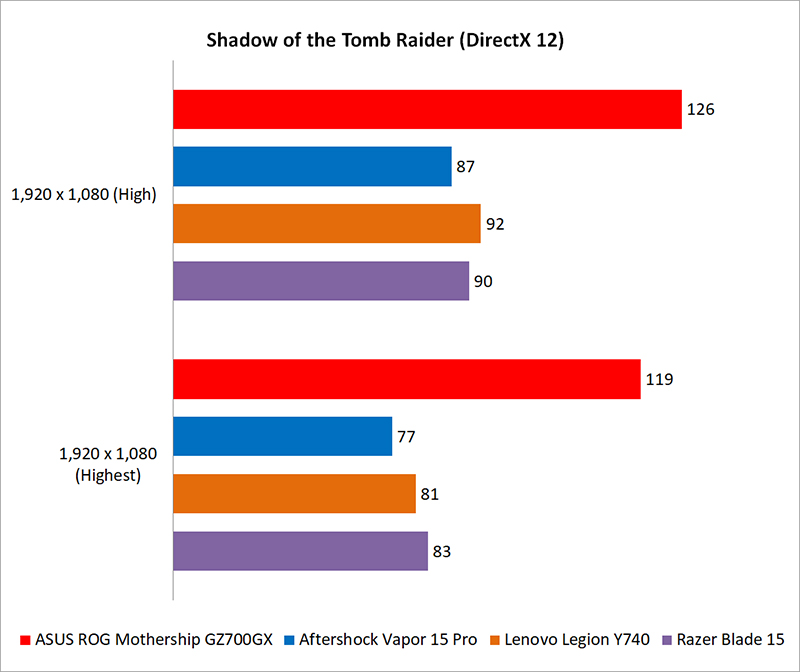 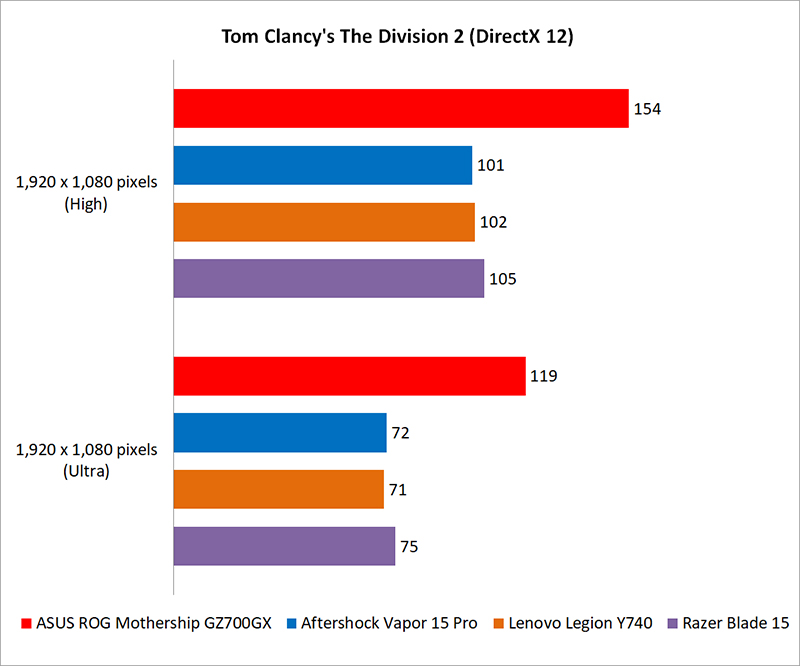