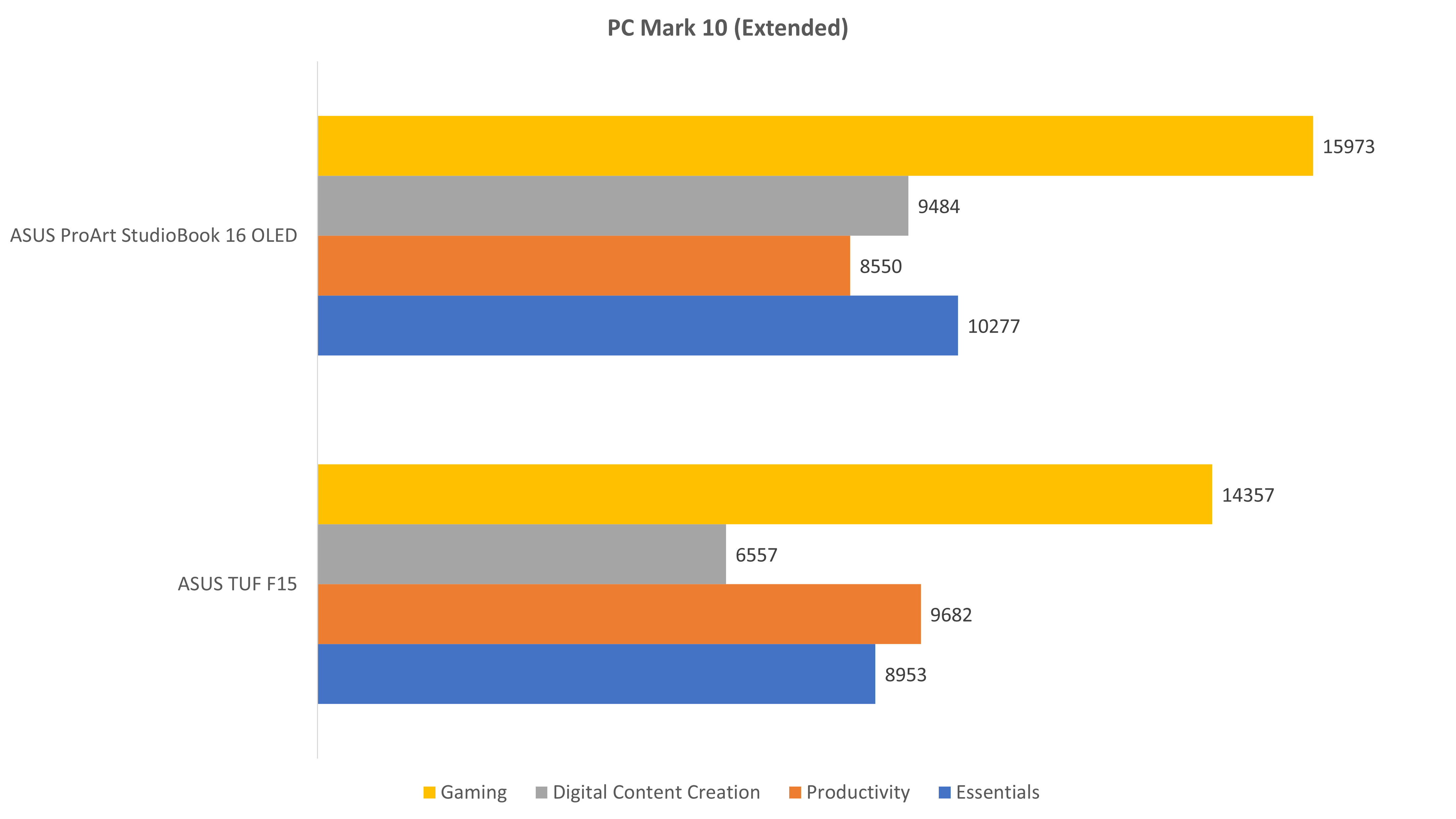 If you’re looking for a mobile design workstation then the ProArt StudioBook 16 OLED is a worthy consideration. Performance is par for the course for a notebook with these specifications and I like that you can even take the notebook out for some serious gaming spins. As far as performance-for-value goes, the AMD Ryzen 9 5900HX and NVIDIA GeForce RTX 3070 Laptop GPU is arguably the best combination in my opinion. Even the battery life performance is pretty decent, lasting for more than five hours - more than enough time for you to do some urgent quick edits while on the move.

ASUS is making a big deal about the ASUS Dial for this notebook but I’m a little divisive about it for reasons mentioned earlier. I would not go as far as to say it’s gimmicky because I can appreciate that some content creators will find it to be a better use for them than it did for me. However, what I really do like about the StudioBook 16 OLED is its ability to transform its touchpad into a pen tablet – a far more intuitive and easier way to draw/write than on a notebook’s touchscreen (and also less tiring) or a separate pen tablet.

Oh, and that OLED screen. It’s absolutely gorgeous. Thank goodness I’m no content creator because I know I will scrimp up money for this StudioBook 16 OLED.

*The ProArt StudioBook 16 OLED's local pricing and availability will be announced by ASUS later.