Despite its new low price, one area where the PadFone S maintains its flagship bearing is its underlying processing subsystem. The PadFone S is powered by a fairly powerful Qualcomm Snapdragon 801 2.3GHz Krait 400 processor, with 2GB of RAM, a slight improvement over the Snapdragon 800 processor found in last year's PadFone Infinity. We'll be comparing the newcomer with other devices running similar specs - so expect performance comparisons with other higher tier products that normally cost more. This is because such capable processing subsystems are only accorded to top-tier products from major brands.

SunSpider Javascript helps measure the browsing performance of a device when processing Javascript. It not only takes into consideration the underlying hardware performance, but also assesses how optimized a particular platform is at delivering a high-speed web browsing experience. The Sunspider score of the PadFone S is comparable to that of other major flagship devices. Interestingly, the old PadFone Infinity actually scored better here. Nevertheless, Apple's iPhone 6 once again wins by a huge margin, which may partly be due to the inadequately optimized Chrome browser preloaded in most stock Android phones.

Quadrant evaluates a device's CPU, memory, I/O and 3D graphics performance combined. The PadFone S’s Quadrant score ranked below some of the flagship devices, but still held out at an acceptable 20,000 points range. Once again it didn't score as well as the older PadFone Infinity.

As all of the recent flagship smartphones have been maxing out the scores for the Standard and Extreme tests, we will only be looking at the scores for Ice Storm Unlimited. Finally, we noted that the ASUS PadFone S was able to outperform the older PadFone Infinity, and actually scored quite well here, equaling or surpassing many of the compared devices.

The PadFone S comes with a 13-megapixel rear camera, and a 2-megapixel front facing camera. Despite its low price, the PadFone S' camera performed rather well under normal lighting conditions.

The rear camera also comes with Pixelmaster technology, which serves to illuminate photos better when taken in the dark. As can be seen in the photo below, it is also able to snap night photos fairly well, though the noise captured may be significant as well. 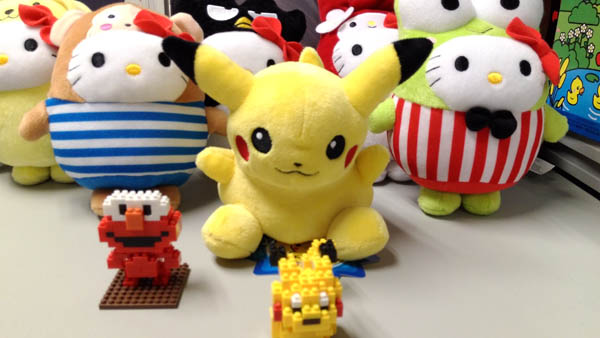 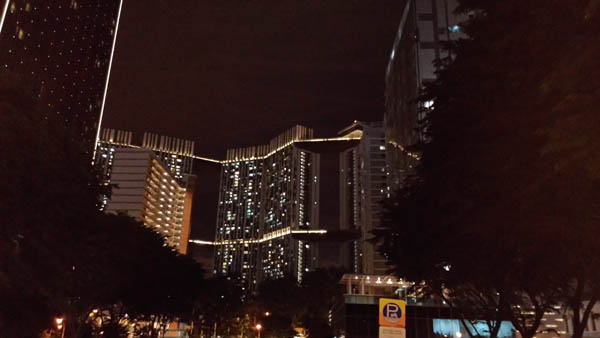 The ASUS PadFone S managed to run close to 7 hours, which is somewhat low when compared among other flagship phones. This is not surprising, given that the phone has a relatively modest battery capacity of 2300 mAh, but fortunately for it, the Moto X (2014) model fared even worse.

Paired with a chunkier profile, it's portability ratio was on the lower scale of the compared products, similar to the Motorola phone.

When docked with its tablet station counterpart, overall battery performance was good but not enough to rank as well as some of the leading devices. Despite a 4,990mAh battery in the dock - yielding a combined total of 7,290mAh battery capacity - it only managed to last for 8.5 hours. Clearly, it losses out to the Samsung Galaxy Tab S 10.5 and other devices (including their own tablets), which are also significantly slimmer than the PadFone S. Of course the device in question is a 2-in-1 phone and tablet  hybrid, hence it will naturally have some inefficiencies along with a compromise on form.

ASUS' first sub-S$500 PadFone is an interesting proposition. On the one hand, at just S$449, it's the most accessible PadFone ASUS has ever made. The Infinity's S$899 launch price was a lot to ask for, especially for such an eccentric design, but S$449 might just be low enough for anyone intrigued with its hybrid proposition to give it a go. On the other hand, the PadFone S is probably the worst PadFone advancement ASUS has ever made, with the low price resulting in cutbacks for both design and choice of build. Even with the slightly improved processor (which actually resulted in lower performance scores than the PadFone Infinity in most benchmarks) there isn't much here for PadFone Infinity users to get excited about, and it's hard to advocate the PadFone S as a true successor to the Infinity.

Having said that, there's still lots to like about the PadFone S. Even if you ignore its docking tablet capabilities, you're getting a lot of value for S$449. It boasts flagship-level performance, and the aluminum frame is fairly attractive, if not particularly exciting to behold. Camera performance is on par with previous PadFone devices, and the Full HD display boasts great clarity too (if not particularly amazing color reproduction or contrast).

As for its tablet docking capabilities, unfortunately, the PadFone S' docking station tablet didn't receive the same price cut treatment as the phone and is sold separately for a hefty S$199, nearly half the price of the phone itself. The bulkiness of the tablet section, its average display, and only marginal boost in battery performance make this a very hard sell indeed. It's also worth noting that the PadFone S dock is incompatible with any other PadFone device to-date, and the reverse is true as well. Like the smartphone arena, Android tablets have come under a lot of pressure and and average selling prices have dipped a fair bit. If you really need a capable, yet portable tablet, ASUS offers a pretty good option with the S$499 Memo Pad 8 which has a much better form and design. However, if you do intend to purchase both the phone and tablet together, you can have them at a bundle price of S$598 at the online store, saving you nearly S$50.

All things considered, the PadFone S probably works better as a separate phone rather than a 2-in-1 device. It delivers fantastic performance, along with a decent camera and great display, and at this price level, we're willing to overlook its bulkiness and uninspired design. If you are interested in the 2-in-1 phone/tablet functionality and your tablet mode usage is likely to be low, there's never been a better time to try it out. Just be warned that the experience provided by more premium PadFones, like the Infinity, is better from the perspective of performance and form.