Back to the ASUS P8Z77-V Deluxe model on our hands, the board reminds us of the ASUS P8Z68-V PRO because of its similar board layout as well as its familiar color scheme of different hues of blue set against a black PCB. 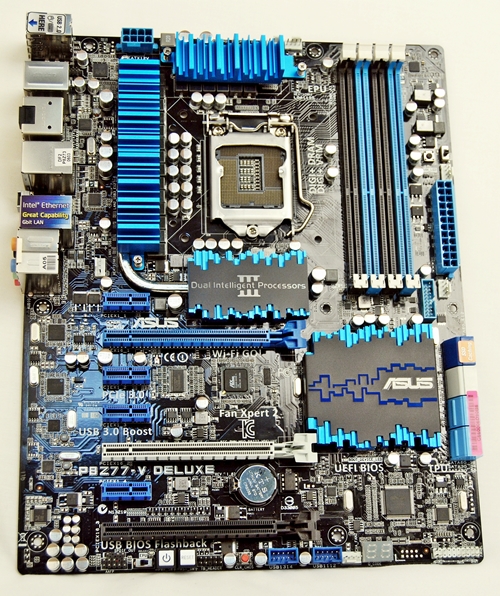 Based on our past experience with ASUS P9X79 series motherboards, we believe that this new series will soon be fleshed out with Pro and Basic models in the near future.

At a glance, Intel Z77 Express chipset represents  a slight improvement over the current Z68 chipset. For starters, Z77 chipset supports the third-generation Intel Core processors. As a result of their support for these new processors, they also inherit the need to support PCI Gen 3.0 bus standard on the motherboards. Since the last generation of mainstream Intel processors, the graphics PCIe controller has been embedded within the CPU die, and as such the upcoming Ivy Bridge CPUs have official support for PCIe Gen 3.0 bus standard. On a side note, Intel's Sandy Bridge-E CPUs launched in November 2011 can also support PCIe Gen 3 standards as their controllers are 8 GT/s-capable. 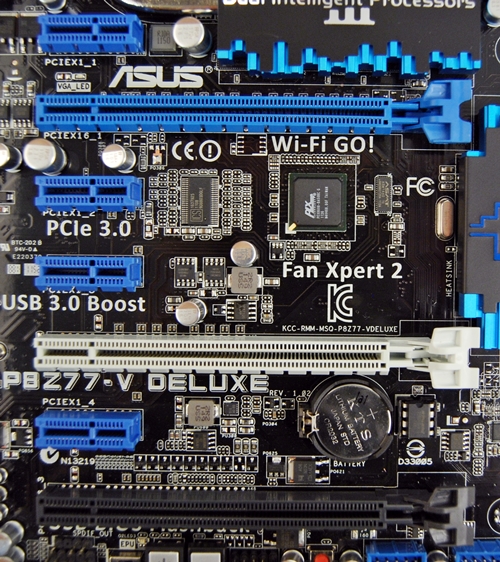 Finally, there is also native support for USB 3.0 on the Intel Z77 Express chipset; however, the ASUS board still features third-party USB 3.0 controllers, courtesy of ASMedia, that supports ASUS USB 3.0 Boost UASP mode. Because of the limited number of native USB 3.0 ports, we'll continue to see several boards feature third party controllers to boost the number of ports supporting the speedier transfers.

ASUS P8Z77-V Deluxe sports 4 memory DIMM slots and it support dual-channel DDR3 memory kits of up to 32GB in capacity. The board features three Digi+ power controllers that control power regulation for both the CPU and DRAM. With separate power controllers, such a feature translates to better performance especially when overclocking the system. 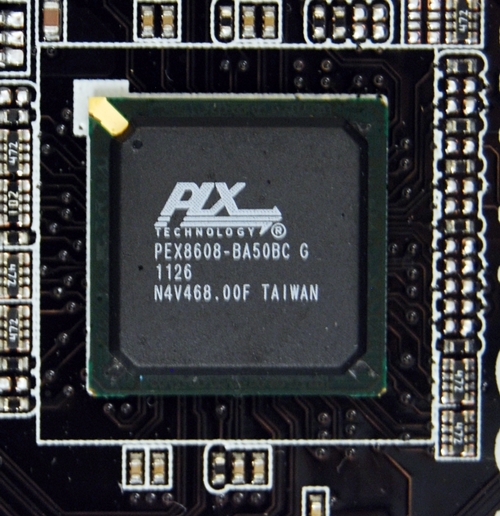 Like the previous generation chipset Z68, the board sports video output ports and the PCIe lane configuration to support up to quad-GPU SLI or CrossFireX setup. Besides the hardware support, ASUS P8Z77-V comes bundled with LucidLogix Virtu MVP software that is touted to dynamically assign tasks to either the integrated graphics processor of the CPU or the GPU of the discrete graphics card. This will certainly help leverage the best of either GPUs and keep the board power efficient.