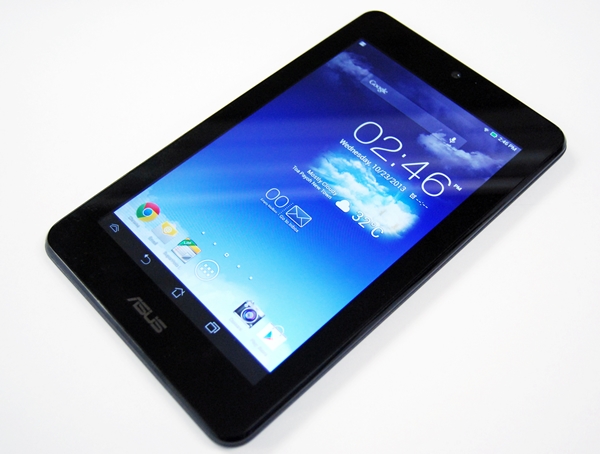 If there is one valuable lesson that ASUS learnt from the partnership with Google on the first generation Nexus 7 tablet, it would be that premium specs paired with an affordable price tag is the formula for success in the Android tablet market.

ASUS needs a device of its own, one that can undercut the price of the Nexus 7 while at the same time have comparable specs to capture a larger share of the tablet market. Its answer is the MeMO Pad HD 7, which was announced at Computex 2013 in June. Available in Singapore for S$249 since September, is the MeMO Pad HD 7 a better buy than the S$379 Nexus 7 (2013, 16GB Wi-Fi)? Read on to find out more.

(Note: We've done a hands-on article with the MeMO Pad HD 7 at Computex 2013, so we'll summarize the key points here instead of going into great length again.)

As a budget tablet, you cannot expect ASUS to outfit the MeMO Pad HD 7 with premium materials. The tablet is mainly constructed out of glossy plastic, therefore it is very easy for the surface to attract fingerprints and smudges. It's available in white, blue, pink, green and gray. What we've got for review is the safer looking gray variant:-

The MeMO Pad Hd 7 is also not the thinnest budget 7-inch tablet; measuring at 10.8mm thick, it is a hairline thicker than the HP Slate 7. Fortunately, the rounded edges of the device and its lightweight form factor (302g) make the device rather portable.

Unlike the Nexus devices, the MeMO Pad HD 7 is equipped with a microSD card slot (on the left side) which supports memory cards up to 32GB. The model sold in Singapore comes with 16GB internal storage capacity, but only 10.85GB is available out of the box after updating the preloaded apps. 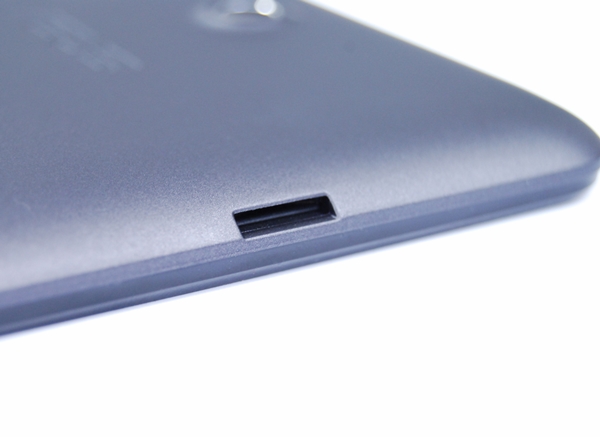 The MeMO Pad HD 7 sports a 7-inch IPS display with a resolution of 1,280 x 800 pixels. This works out to a pixel density of 216ppi which is better or on-par with most 7-inch Android tablets. Over the past few weeks of usage, we found the display to be fairly decent with good color reproduction and viewing angles.

The MeMO Pad HD 7 runs on Android 4.2.2 Jelly Bean OS and sports a few of its own customizations that we saw on the Fonepad such as the notification menu, SuperNote Lite and ASUS WebStorage Office.

ASUS has a new feature, Floating Apps that debuts on the MeMO Pad HD 7, and can also be found on the upcoming Transformer Pad. Similar to Sony's Small Apps on Xperia Tablet S and Xperia Z Ultra, this feature allows you to open apps in windows that float above the app or home screen. You can drag the floating windows around the screen or maximize it to full screen. 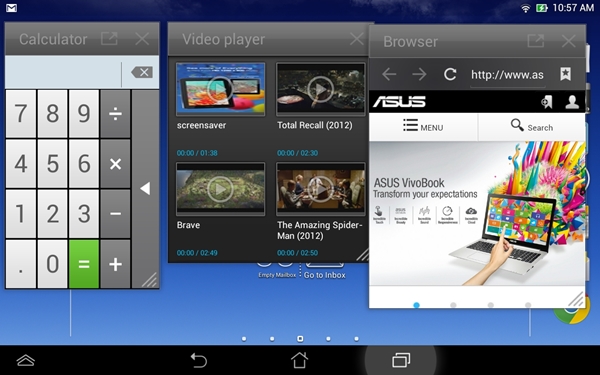 Do note that the floating apps will 'disappear' from your screen once you tap on the Home button. To make them reappear, simply tap on the arrow icon on the left side of the navigation bar.

To minimize the overall cost of the device, ASUS equips the MeMO Pad HD 7 with MediaTek MT8125 quad-core 1.2GHz processor and 1GB RAM. For those who are unfamiliar with MediaTek, it is actually a Taiwan-based semiconductor manufacturer and one of the several ARM licensees.

While MediaTek hasn't made a big name for itself in the industry compared to Qualcomm, NVIDIA and Samsung, it has a huge presence in developing markets such as China where vendors produce low-cost devices.

Based on the Quadrant benchmark scores, it seems that the MediaTek processor in the MeMO Pad HD 7 only managed to keep up with NVIDIA Tegra 3 in the Nexus 7 (2012) and not the latest Qualcomm Snapdragon S4 Pro in the Nexus 7 (2013).

It may seem a little odd that the Galaxy Tab 3 (7.0) running on a dual-core processor was able to maintain such a huge lead over the other tablets in this comparison, but if you take its display resolution (1,024 x 600 pixels) into consideration, you will realize that the processor in the Samsung tablet does not need to power as much pixel as the other tablets.

Note: We were unable to run the Ice Storm benchmark on the Nexus 7 (2013) as the results maxed out. Therefore, we only included the Ice Storm Extreme score in the graph below.

While the MeMO Pad HD 7 didn't fare well in the SunSpider Javascript benchmark, usually this doesn't really translate over to actual usage experience. However this time round, we found the actual browsing performance and interface navigation to be a little sluggish. It felt as though the MeMO Pad HD 7 was struggling to keep up with the things we wanted to do on the tablet.

Tablets aren't really known for their photo taking capability and the MeMO Pad HD 7 is no different. The MeMO Pad HD 7 comes with a 5-megapixel rear autofocus camera with no LED flash and a front-facing 1.2-megapixel camera. Nevertheless, let's take a look at the sample photo we shot. 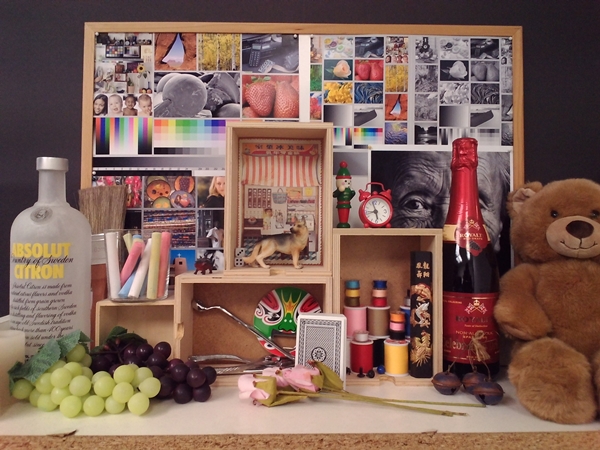 One possible reason is power efficiency, which is further confirmed in the Power Consumption chart where the MeMO Pad HD 7 registered a slightly higher power draw of 2.49W.

As it is the thickest tablet and has the shortest battery life of the lot, the MeMO Pad HD 7 ranked last in our Portability Index where each device is assessed on its ability to balance battery mileage against its size and mass.

At S$249, the MeMO Pad HD 7 seems like a decent buy for the mainstream consumer who is looking for a no-frills tablet. It is essentially a repackaged Nexus 7 (2012) in a different skin and processing platform. Its slightly sluggish performance and below average battery life are aspects you should be wary of, but its lightweight form factor and attractive price are plus points. As mentioned earlier, the MeMO Pad HD7 is a budget class tablet and is the most affordable solution in its class.

Given the budget nature of the product, you can't quite expect high performance and features at the same time. But if lag-free performance is a priority, we would recommend the Nexus 7 (2013). Although it has a higher price point at S$379, it has a very attractive package of a full HD resolution display, better design and solid overall performance. Moreover, having the Nexus 7 (2013) gives you almost immediate access to the latest software updates from Google, which ASUS and every other Android vendor have difficulties delivering in a swift fashion.