It seems that having the best processor in the market is not the only objective for ASUS. The Eee Pad Transformer, by any measure, is a multimedia heavyweight that is able to provide an experience comparable to that of conventional laptops.

First, ASUS packs an ultra bright Super IPS+ panel for its 10.1-inch display  (1280 x 800 pixels) which can deliver up to 600nits of brightness. In addition, the display is reinforced with the hardy Corning Gorilla Glass to minimize scratches. As seen on the original Transformer, the IPS display is able to deliver crisper, more accurate color range and wide viewing angles up to 178 degrees. Top it off with the new Super IPS+ panel and you get one of the brightest displays ever on a tablet.

By default, the Super IPS+ mode is disabled. To enable it, you have to go to the Notifications Panel or Settings. ASUS is thoughtful to include a word of caution in the Settings menu that enabling the Super IPS+ mode can boost screen visibility in outdoor environments, but will consume more battery juice. From our day to day usage of the Transformer Prime, we rarely felt the need to enable the Super IPS+ mode. Viewing experience on the ASUS Eee Pad Transformer is quite good except for the terrible fingerprint smudges.

The next key feature of the ASUS Eee Pad Transformer Prime is its single stereo speaker unit enhanced by SonicMaster technology. ASUS claims that the speaker utilizes the most precise processing protocols and CODECs to deliver an enjoyable audio experience. Upon testing it, we have to admit that we were fairly impressed; not only was it loud (considering that it is a single speaker), the sound quality is actually very good. The only drawback is its placement on the rear right of the Transformer Prime. If you hold the device in your right hand (landscape mode), you're most likely to cover it with your hand muffling the audio.

The last multimedia aspect we would like to cover is its imaging capability, which as you might have known by now, tablets generally don't really fare well. However, ASUS is going to change that perception by equipping the Transformer Prime with a 8-megapixel rear camera with a large F2.4 aperture lens and CMOS sensor. The large aperture lens allows one to have sufficient light exposure and depth of field effect when taking photographs. 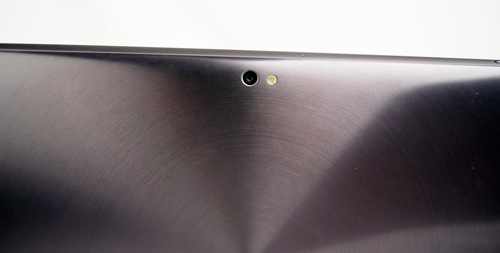 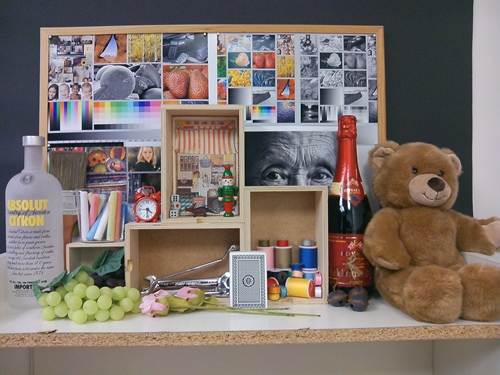 Even while ASUS has been preaching to the media of its new tablet's imaging capabilities, we were still  caught off guard as we really didn't expect our hands-on trials to be this good. Tablet makers have consistently missed the mark for the past year and we are really glad that ASUS is the first to devote attention to it. It will be interesting to see what the rest of the competition has to offer to compete with the ASUS Eee Pad Transformer Prime.

** Updated on 3rd Feb 2012: Article has been updated with Android 4.0 OS based test results

The last but perhaps the most anticipated benchmark is the battery performance section. The first Transformer left us wanting more with its decent battery performance and we are eager to see if its successor could make up for it. For this benchmark, we compare the ASUS Eee Pad Transformer with the ASUS Eee Pad Transformer, Samsung Galaxy Tab 10.1 and Apple iPad 2. The keyboard docks are not used so that all tablets can be compared equally. Our standard battery test includes the following:

As mentioned earlier in our article, the ASUS Eee Pad Transformer has three power profiles that you can toggle with. Below is a brief explanation of what each profile means: ASUS sprung yet another surprise on us when the Eee Pad Transformer clocked a battery mileage of about 7 hours. This is almost one and a half times longer than its predecessor, the Transformer. It also outlasted the Samsung Galaxy Tab 10.1 by more than a hour and a half. Although the ASUS Eee Pad Transformer Prime is still unable to unseat the Apple iPad 2 from its throne, it is respectable for an Android tablet to pull off such amazing battery life.

We attributed its good battery performance to NVIDIA's implementation of the new Variable Symmetric Multiprocessing (vSMP) technology in its Tegra 3 processor. The quad-core processor with its fifth companion core is able to consume up to 61% less power (according to NVIDIA). We also felt that ASUS did something right this time by optimizing power management on the Transformer Prime. Furthermore, you could potentially get more out of the tablet by using its other power profiles or adding on the keyboard dock.

Next up is the Portability Index where we assess mobile devices on how well they balance battery life with their physical size to get an idea how portable they really are. The ratio is derived from dividing the battery life (in hours) to its weight (in kg) multiplied by the volume (in m3). Therefore, a device with a long battery life, lighter weight and volume will perform better in this index. Basically, the higher the index, the better it is and the more worthwhile the device becomes for extended usage.

With the best battery performance of all Android tablets, the lightweight and ultra portable ASUS Eee Pad Transformer Prime is able to stay ahead of the competition by a huge margin in the Portability Index. In fact, it's so good that it's able to narrow the gap with the champ, the Apple iPad 2. Credits goes to ASUS for this achievement.

As our battery test above simulates fairly stressful usage conditions, you can expect better battery mileage out of the ASUS Eee Pad Transformer Prime for more casual usage. in fact, it was able to last us more than a day with frequent gaming, web surfing, emailing and social networking thrown in to the mix.

If you take into account the keyboard docking station, the ASUS Eee Pad Transformer can easily last you two days on a single charge. Official statement by ASUS puts the combined battery mileage at up to 18 hours, which is based on their own lab test conditions when using the power saving mode, running 720p videos continuously, brightness set at 60nits, default volume with headphones.