This story is so strangely told 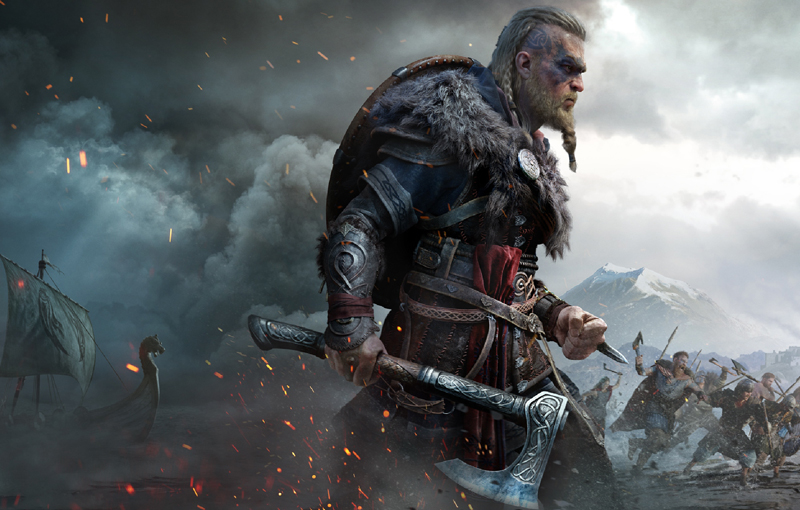 Pick up your axe. It’s time to raid.

Ever since Ubisoft started exploring ancient civilisations with Assassin’s Creed Origins, fans have clamoured for a Viking-focused game in the same vein. It’s not hard to see why. The franchise has recently shifted focus away from stealth gameplay and towards meatier combat infused with RPG mechanics. While it made sense for Bayek to strike from the shadows in Assassin’s Creed Origins, it makes even more sense for the Norwegian warrior Eivor to crave the glory of face-to-face combat in Assassin's Creed Valhalla.

That is to say, if you’ve found yourself drifting away from the franchise because of its abandonment of its roots, I hardly think that Valhalla is the game to entice you back. Gameplay-wise, it’s par for the course - with even worse stealth and an even higher focus on combat. Eivor's axe-throwing, ale-drinking, monastery-raiding adventures are a far cry from Assassin's Creed games of the past - but is that really a bad thing?

Taking your longboat for a ride 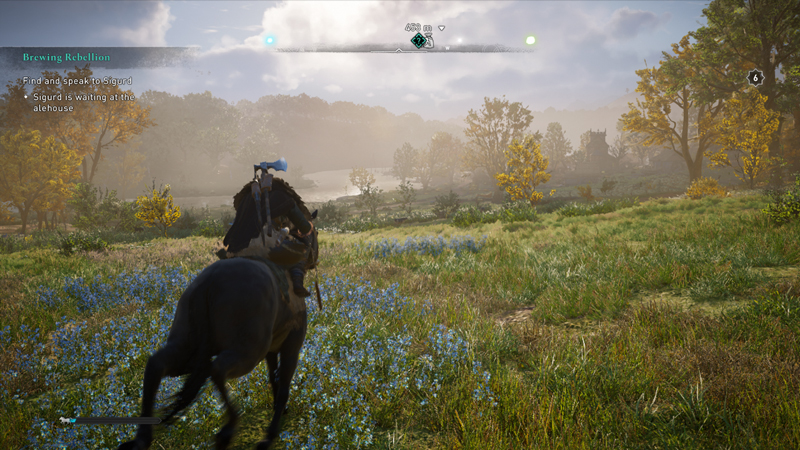 Valhalla begins with a tragic look into the past of Eivor, the Viking protagonist you’ll play as for the entirety of his bloodsoaked journey. After you’re plunged into a revenge-driven quest to find those who have wronged him, you’re introduced to his modest little village and the people who live in it. Due to undesirable circumstances, Eivor and his best friend/Jarl Sigurd decide to move to greener pastures in England and begin a new settlement there.

Thus begins the Vikings’ trek throughout England, where they fight to gain resources for the settlement and gain new allies in strange lands. Now, here’s where the story structure gets a bit weird. While an overarching story dealing with Eivor and Sigurd’s relationship does poke its head in every now and again, you’ll largely find yourself trying to build new alliances in England. The way these main quests are structured is quite new to this series, but entirely too repetitive.

Basically, you’ll find yourself in a worn-out cycle of visiting a map in your settlement, choosing which land to pledge to, going to that land, finding their leader, completing a quest chain that always ends in a siege, going back to your village and pledging to another piece of land. The boring and repetitive nature of these missions really gets to you after 10 to 15 hours - and that’s really just a small slice of the game. I would meet characters, learn about them, solve their problems and then abandon them entirely to meet other characters. And the game just has you do that, over and over again until it ends. It’s awful. 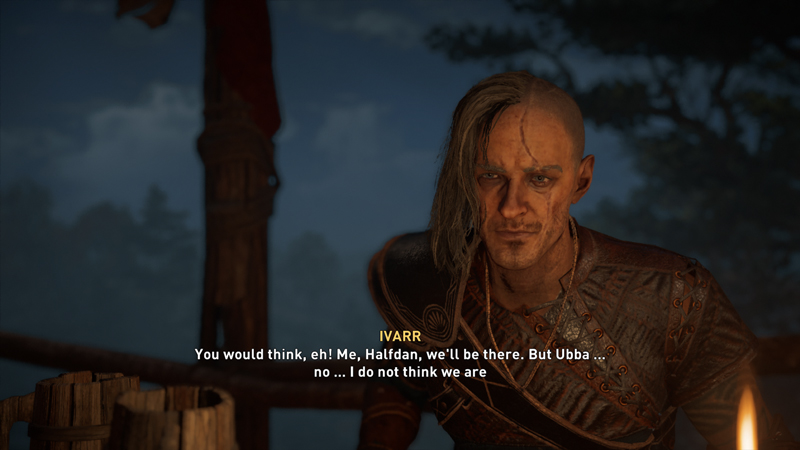 Because of the way this story is structured, I could never invest too heavily in any of the characters I met. The moment Eivor pledges to another land, they stop mattering. They have zero impact on Eivor as a character, and they’re barely fleshed out in the small amount of time they’re allotted in the campaign. All they're good for is the land that Eivor stakes his claim to at the end of the quest chain. It’s a real shame, because you get to meet so many colourful characters - some ripped right out of the pages of history books - but they have such a small presence in the story purely because of how it is designed to unfold.

Believe me, claiming pieces of a map will feel good at first - satisfying even. But doing all these quests and having them end the same exact way will grow old long before the story is done. And once you’re tired of them? You’ll still have to do them, for tens of hours more. The only main quests I had any interest in were the ones in the settlement, dealing with its people and Eivor’s relationship with them. Once in a while, Eivor’s take-charge personality earns the ire of people who think he’s trying to steal the village away from Sigurd. At other times, some… familiar characters (no spoilers) show up in the story and draw you into their own battles.

There are parts of Valhalla’s story that really gripped me, though they come as such a neat surprise that I hesitate to spoil them. However, you should know that these bits of story lie buried underneath tons of predictable quest chains that never get any better.

Dual wielding should feel better than this 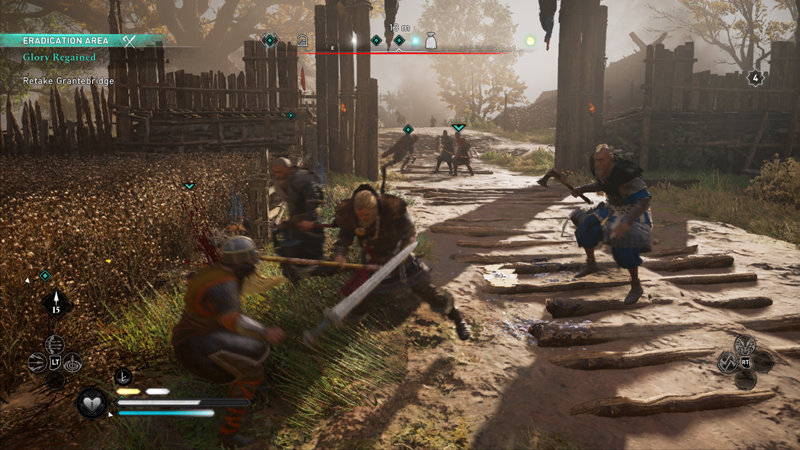 You know what? Let’s just get all the bad stuff out of the way first. Combat is incredibly average at best, which ordinarily wouldn’t be an issue for me in a shorter game. After so much time sunk in Valhalla however, this gameplay ate away at me. First off, combat has been changed up to encourage more weighty battles compared to Odyssey, which pretty much let you go ham on any enemy you wanted without it feeling too impactful.

In Valhalla, a stamina meter limits the amount of times you can dodge and attack in succession, making precise attacks a necessity. A paired animation system constantly locks you into finishers that see Eivor plunge a spear into someone, or beat another’s head in with two mallets. Swinging an axe feels satisfying and all the bone-crunching, flesh-tearing sound effects that come with it really drive home the fact that you’re a Viking doing Viking things.

Unfortunately, it also comes with its fair share of flaws. There is some really strange animation work in this game concerning the axes and in particular, the flails that feel overly drawn out and unresponsive. You’ll tap the attack button, and it’ll feel like Eivor takes a second or two to actually carry out that action. A lot of his attacks take some time to wind up, and while that amount of time might be true to life, it does not translate to responsive combat. 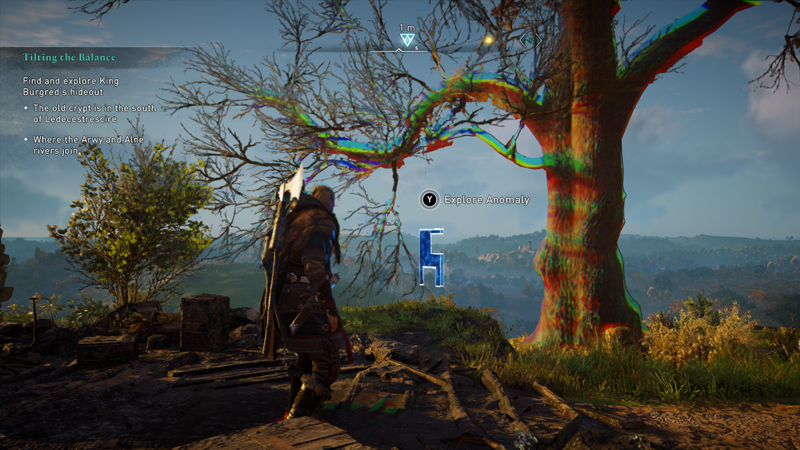 And now we enter the jank. It seems like all open-world games come with some level of jank these days, and Valhalla is certainly one of the ugliest. In combat especially, so many of these finishing animations and death blows were straight up broken for me, with Eivor slicing throats by gutting the air above someone’s head or plunging a spear through someone else’s arm instead of their chest. The desired outcome is still there - the enemies die. But man, is it horrible to watch in all the wrong ways. It doesn’t help that there’s not much fluidity in these animations, either. When Eivor launches in for a finisher, he’ll glide across the ground from 10 feet away to join an animation.

Dual-wielding is something Ubisoft also touted heavily in this game’s marketing, but it feels damned awful to actually use in combat. This is because, inexplicably, parrying and attacking with your left-hand weapon use the same button. That means if you hold down the parry button too long while trying to counter, you'll end up attacking instead. If you try to attack, but release the button too quickly, you'll awkwardly do a failed parry instead. Oftentimes, I wouldn’t end a combat encounter feeling like a battle-worn Viking. I’d just stare at the screen wondering, “What the hell was that?”

Valhalla's stealth is entirely optional, purely because Eivor feels so powerful in combat that there is virtually no need for it. Enemy AI is grotesquely broken as well, adding to the sheer ease of it all. I would slaughter and maim one soldier, only for his friend from six feet away to continue on patrolling unpreturbed. There's no challenge in it. Sure, you could stealth through an entire enemy base - but why take 10 minutes to do that when you could just charge into battle and wipe them clean in half that time?