Askey AP5100W mesh Wi-Fi system review: Chic but is it any good?

Note: This article was first published on 3 December 2018 and is republished now because the mesh networking system is still offered by Singtel. 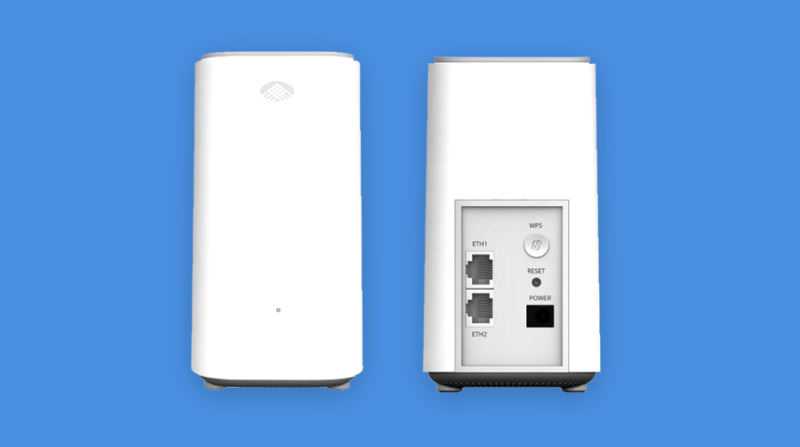 It is a dual-band Wi-Fi mesh networking system that comes in a pack of two and is currently offered by Singtel to its fiber broadband customers for $10 per month. For folks with larger homes, additional nodes can be had for an additional $5 per month per node.

Er, wait, what is mesh networking?

Jeez, where have you been hiding? "Mesh networking" is the hottest buzzword in networking right now. To put it briefly, it refers to a wireless system where multiple nodes contribute to spreading Wi-Fi across an area and uses the same Wi-Fi network name (SSID). This is particularly useful in solving the problems of Wi-Fi dead spots in homes. You know what? You should read our mesh networking guide before you continue reading this review to ensure you're familiar with the basics.

So how does affect Singtel’s WiFi Mesh lineup? Isn’t there the AirTies 4920 which also costs $10 per month?

What’s going to happen is this: The Askey AP5100W is going to be positioned as the main model at the $10 per month price point, while the AirTies 4920 is going to be continued to be offered for folks who, for whatever reasons, prefer the AirTies over the Askey, or are expanding their existing AirTies mesh network.

How does this compare to the AirTies 4920 then?

The Askey AP5100W offers greater overall throughput than the AirTies but the difference is slight and mostly negligible. Data transfer rates over 5GHz are the same at 1,300Mbps but the Askey AP5100W offers faster 2.4GHz throughput of 450Mbps. The AirTies 4920 manages 300Mbps. But given that most modern devices support 802.11ac, the faster 2.4GHz throughput of the Askey isn’t all that significant.

The main difference between the two lies in their designs and perhaps performance (we will find out later). The Askey AP5100W is meant to offer folks who prefer something white that might match their home decor more appropriately. The AirTies 4920, which comes in black, looks more business-like and less like a lifestyle product. 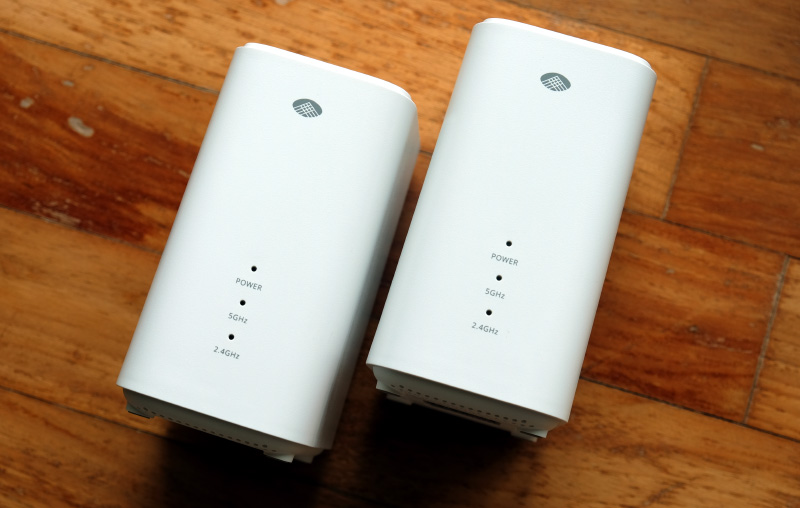 Pretty good, actually. Compared to the AirTies 4920, the Askey AP5100W looks more approachable and stylish. The black of the AirTies 4920 certainly makes it look and feel more business-like and less casual and welcoming. The Askey AP5100W, on the other hand, looks like it could blend in homes more easily. In terms of dimensions, the Askey is considerable larger but still compact enough that I think finding a suitable place to position it shouldn't be a problem.

I bet it has next to no ports. 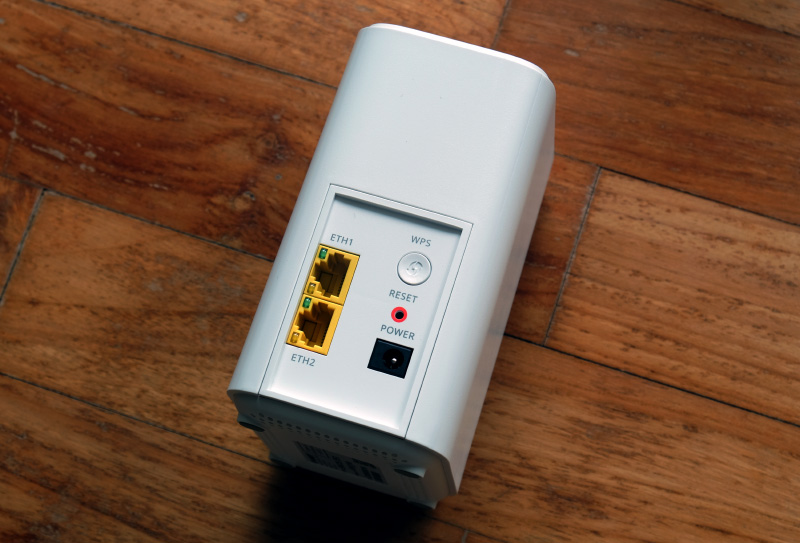 Is it easy to setup? 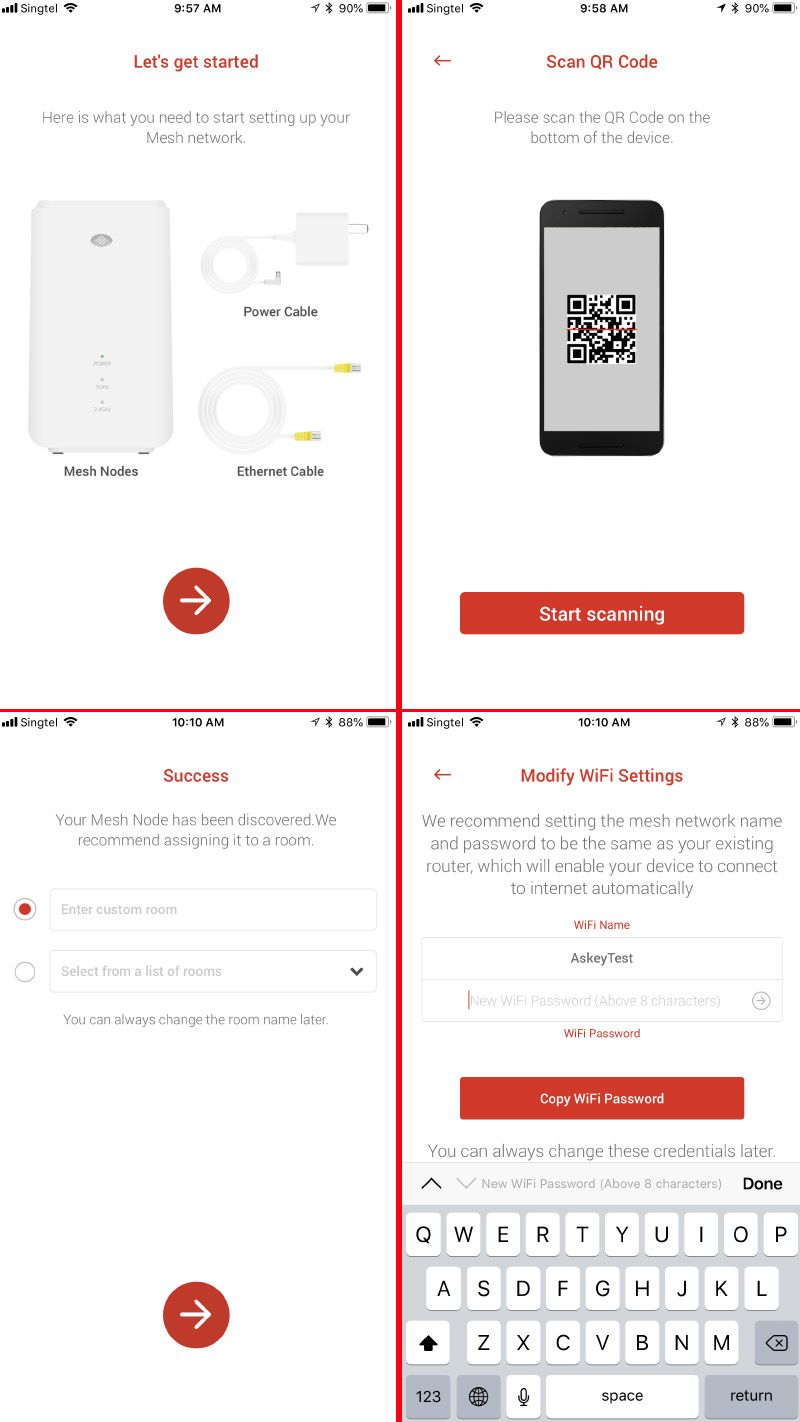 Like most mesh networking systems, the Askey AP5100W is a breeze to set up. Simply power it up, plug it to your modem, download the Askey app on your mobile device, and then follow on the onscreen instructions and you will have your Wi-Fi network up in just a couple of minutes. 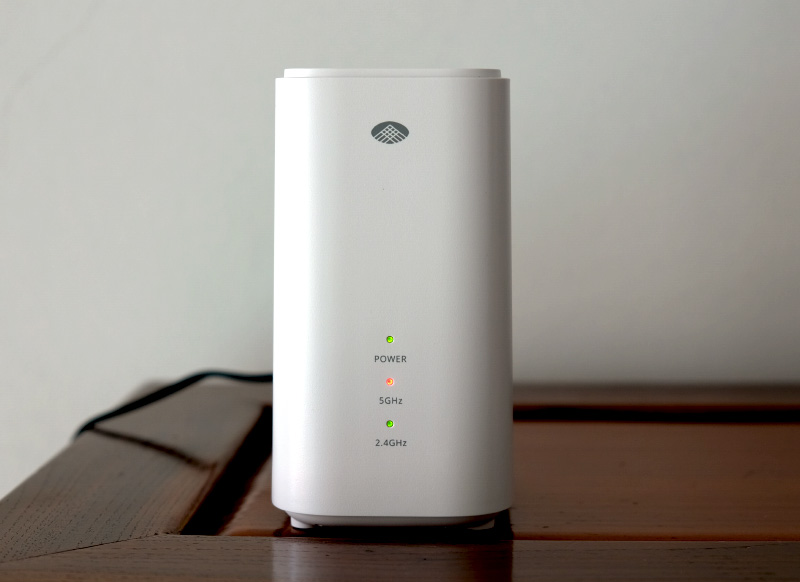 Adding additional nodes to the network is a bit tedious because Askey asks you to put new nodes next to established nodes for the initial pairing process before positioning where you might want it to be. Fortunately, LED indicators on the units make it easy for users to quickly see if they have placed additional nodes in an optimal position. What you want is for both the 2.4GHz and 5GHz indicators on the device to glow green. If any of the indicators glows red then it is out of range and performance won’t be optimal.

Mesh networking systems are usually short on networking features, what does this have? 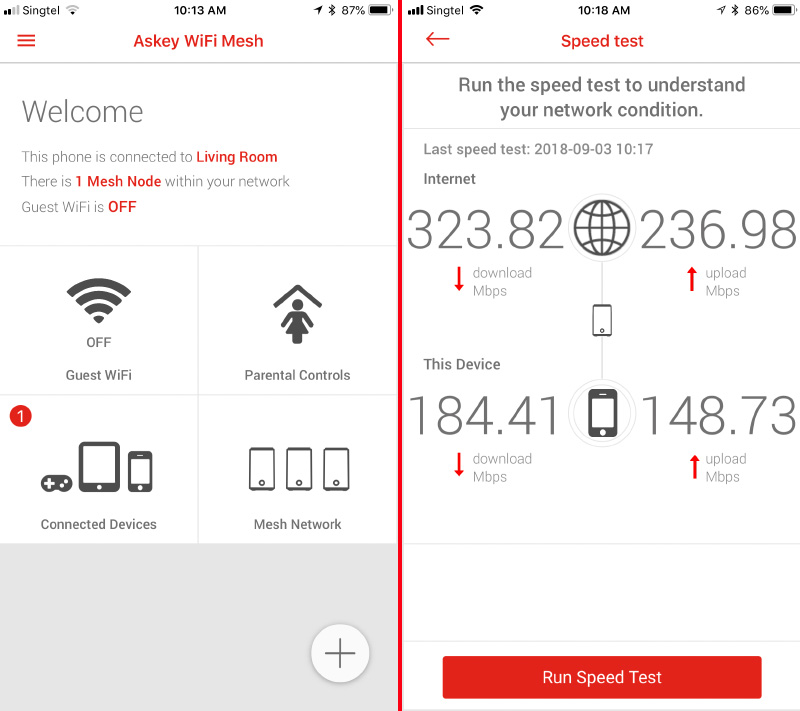 The Askey AP5100W doesn’t offer much on the features front. You can manage your SSID name and Wi-Fi password, create guest Wi-Fi networks, test your network performance, and create parental controls settings. That’s all there is. The parental controls setting is basic and has some serious limitations. You can create schedules to restrict Internet access to specific devices but these are in fixed two-hour blocks. In other words, you can block access to the Internet from, say, 8pm to 10pm, but you can’t block access from 9pm to 10pm. It has to be within one of the predefined two-hour blocks beginning from midnight to 2am and ending at 10pm and midnight.

More importantly, the thing to note here is that advanced settings such as port forwarding, dynamic DNS, private VPNs, and the like are all missing. If these features are important to you, you might want to stick to a traditional kind of router and use the Askey as a supplementary system to provide additional Wi-Fi coverage.