Apple Watch Series 7 review: Solid and capable, but not groundbreaking

Other things to know & conclusion 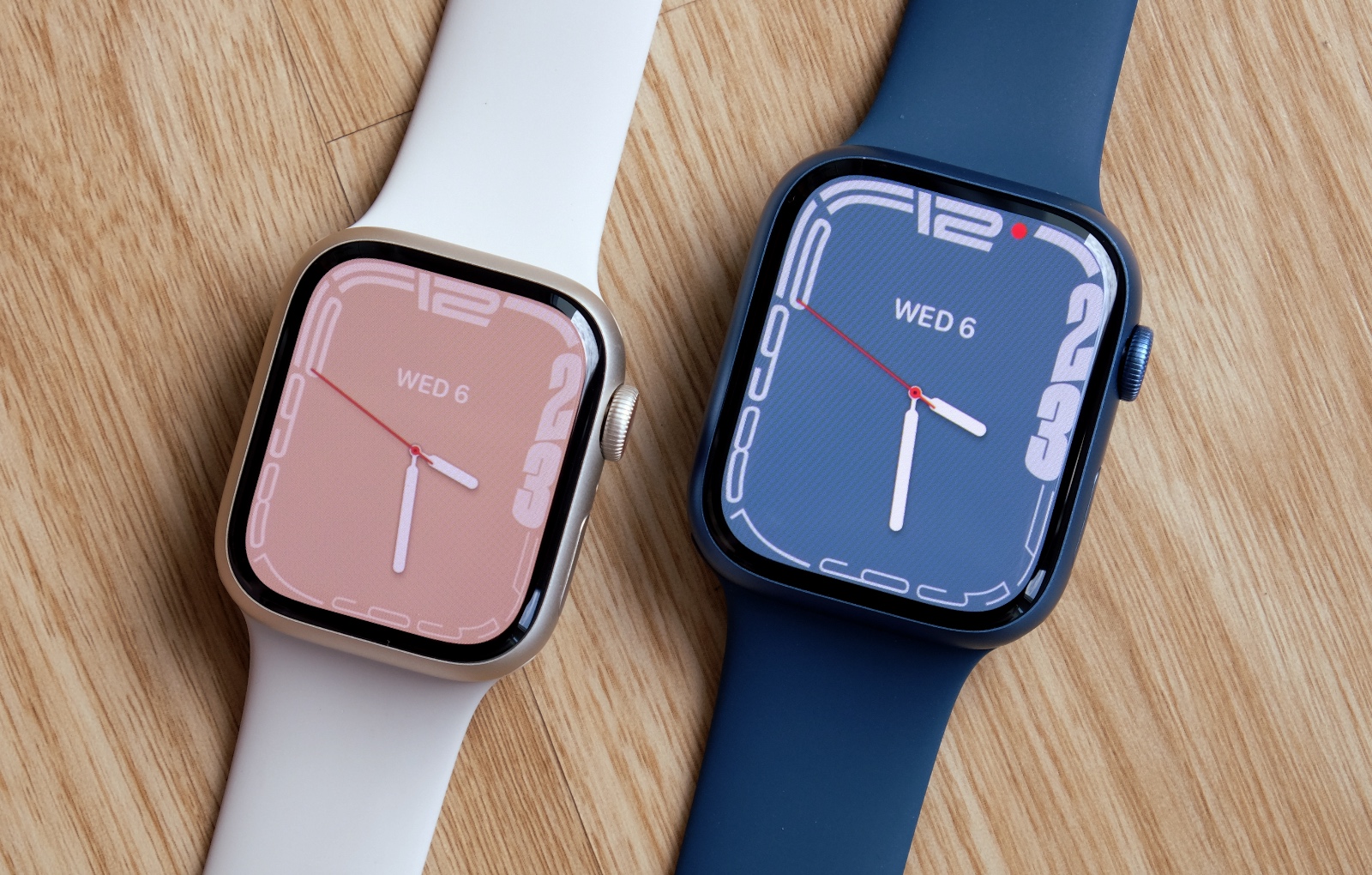 Battery life is unchanged. Apple claims up to 18 hours with normal use but that’s going to vary greatly depending on your usage. A high reliance on cellular connectivity and heavy use of the GPS during extended runs and cycling trips will obviously result in a shorter battery life. Based on my fairly sedentary lifestyle, I can easily get a day’s worth of use with around 50% remaining so most people should be able to get through an entire day with little issue. 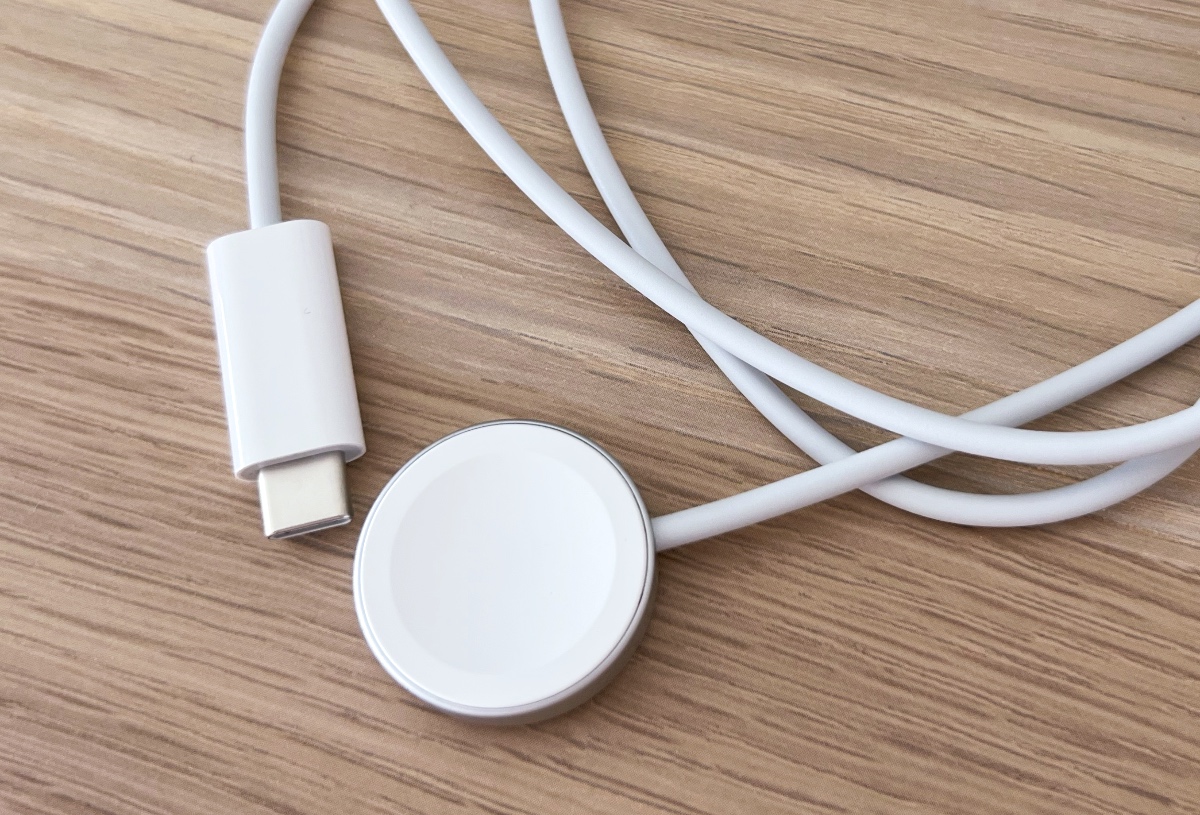 Faster charging is a nice thing to have but the fundamental battery issues with the Apple Watch persist. It requires a charge daily and you can only charge it with the a specialised charging puck and not with a generic Qi wireless charger or USB-C cable. I’d probably be less bothered if Apple solves one of these issues.

Other things to know

Though Series 7 has a new S7 SiP (System-in-Package), dual-core processor component is the same as Series 6 so this year’s watches aren’t any faster. This isn’t a huge deal because  Series 7 feels just as responsive and apps launch just as quickly. 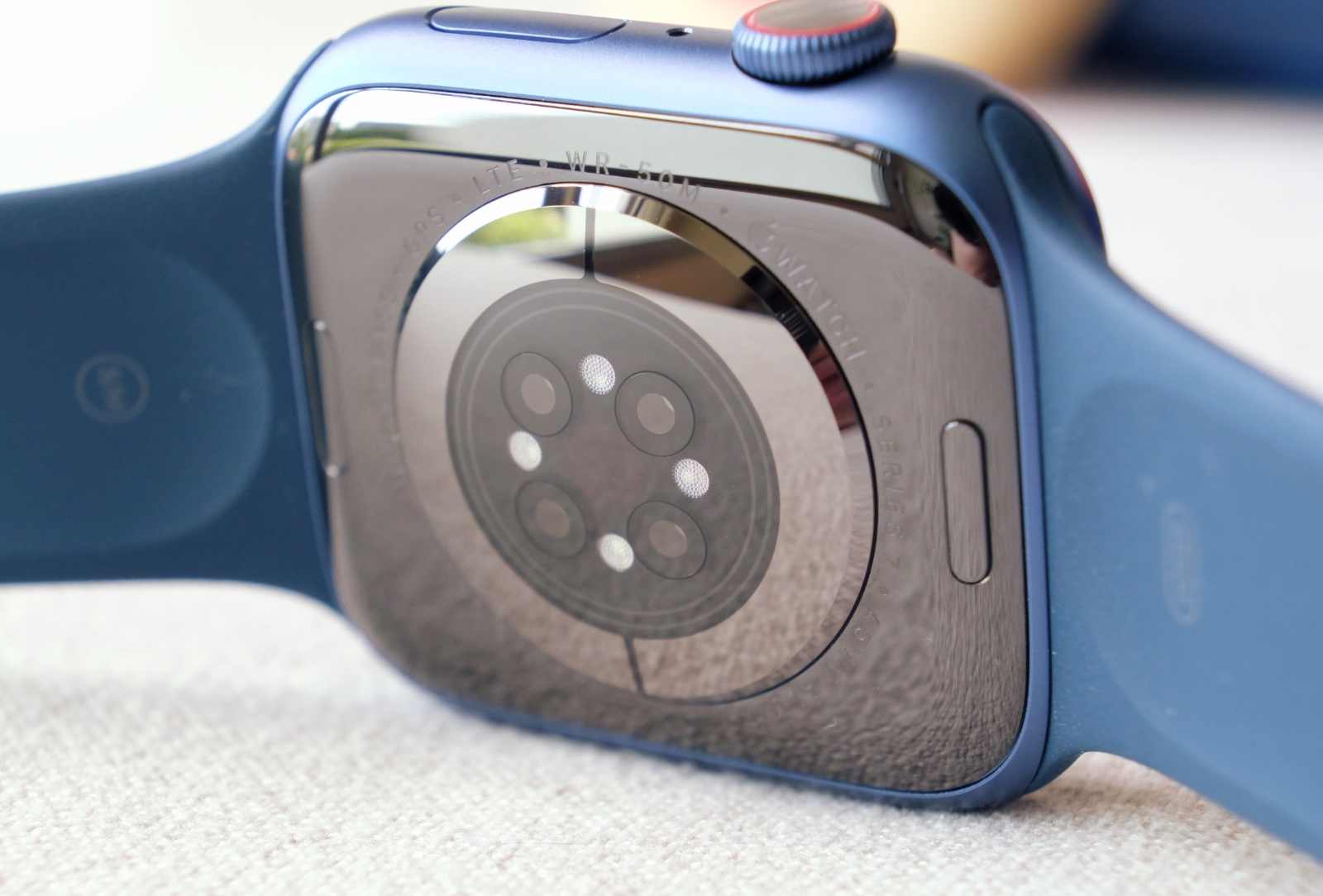 The sensors are also the same which means the health tracking features are identical. Apart from the usual heart rate monitoring, the Series 7 watches can take your ECG and tell your blood oxygen levels. There’s also no difference to the accuracy of the blood oxygen sensor. It hasn’t been cleared with health authorities so it’s no medical device and you should not rely it on accurate measurements. This is in stark contrast to the ECG function, which has been cleared with our very own HSA (Health Sciences Authority) and has been proven to be fairly accurate (clinical studies conducted by Apple found the ECG app to demonstrate 98.3% sensitivity in classifying AFib and 99.6% specificity in classifying sinus rhythm).

Like Series 6, Series 7 also has a built-in compass, always-on altimeter, GPS, and optional cellular connectivity. In short, save for the larger display and the benefits it proffers and faster charging, the two are functionally identical. 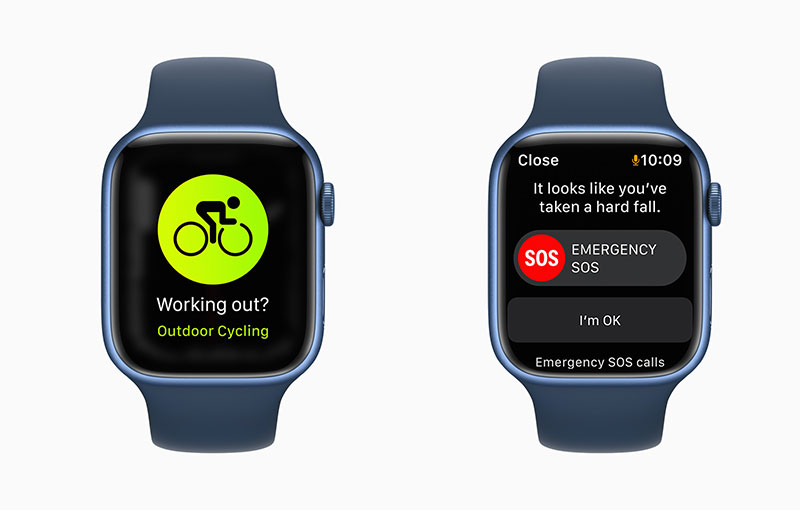 All Series 7 watches will come with watchOS 8. As you’d expect, watchOS 8 has more health features like the new Mindfulness app that encourages you to have positive thoughts, and new workout Tai Chi and Pilates workout modes. One major update in watchOS 8 is a vastly improved Outdoor Cycle workout mode which uses new algorithms to better keep track of your cycling activity. Unfortunately, I don't cycle so you'll have to wait until our resident cyclist, Aaron, gives it a go to know just how good it is. In the meantime, Aaron covered this in greater detail here and anyone who's into cycling should check it out.

My buying advice remains the same. The Apple Watch’s combination of design, class-leading build quality, high degree of customisation with straps, excellent health-tracking features, and overall high level of integration with iPhones means it’s hands down the best smartwatch for iPhone owners. This is not in question. Granted, with prices starting at S$599 for the smaller 41mm version and S$649 for the larger 45mm version, these watches aren’t exactly frivolous purchases. But really, it’s not worth shopping elsewhere and at least Apple didn’t increase prices.

If your budget doesn’t stretch this far, I’d recommend trying to hunt down a used or refurbished Series 6, though the Apple Watch SE isn’t a bad choice if you are willing to forgo some features. Whatever you do, avoid the temptation of being cheap and getting a Series 3 watch. That model is long in the tooth and updating it to newer versions of watchOS is a pain.

For readers who are considering an upgrade, the new Series 7 watches are excellent if you have a Series 5 watch or older. Not only will you be getting a larger display, you’ll also get the benefits of a faster processor, more efficient charging, and the blood oxygen level sensor. Owners of last year’s Series 6 watch have little incentive to upgrade. Apart from the larger display and faster charging, the two are functionally identical – Series 7 is no faster nor does it have any additional sensors. The larger display is surely a nice thing to have but you’d have to consider just how badly you want it. 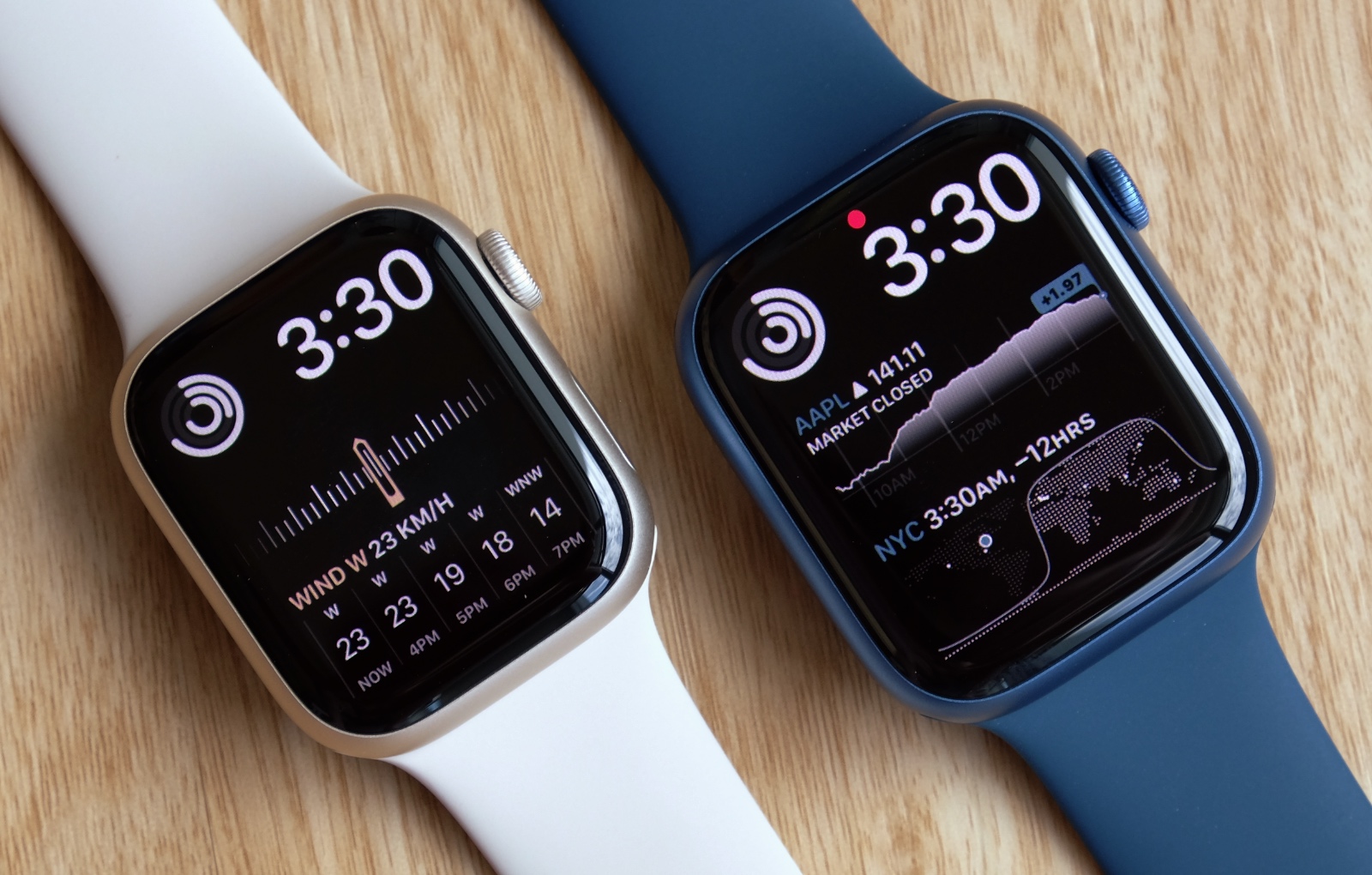 Many were hoping that this would be the year that the Apple Watch would get rumoured enhanced health monitoring features like blood pressure, temperature, and blood sugar, but that hasn’t happened. And given that Series 5 and 6 also only saw incremental updates to the line, it’s now becoming harder to hide my disappointment.

Still, none of these detract from the fact that the Apple Watch Series 7 is a very solid and polished smartwatch. Nothing has changed, it is still the best smartwatch iPhone users can buy.