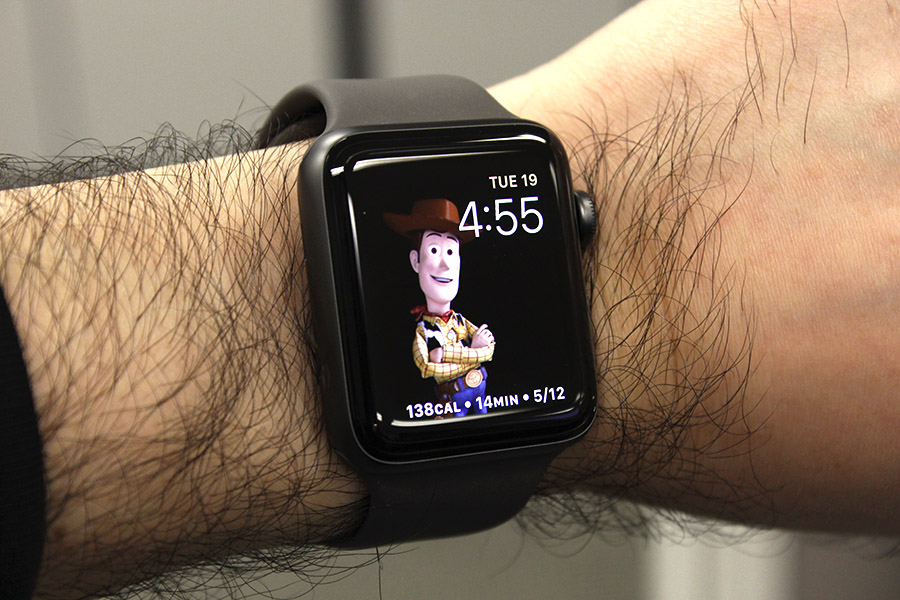 The W2 wireless chip enables faster syncing of data with my phone and does appear to be more power efficient. Even after a day of use, with on and off app usage, and a 20-minute workout, I still have about 60% of battery left. But even with that much left in the reserves, I still had to charge it at night. So although the Apple Watch Series 3 (GPS) is more power efficient, it won’t change users’ charging habits. It is still a device that you must charge every night.

Activity tracking is mostly spot on but it can be prone to errors now and then. Here is an example: the Apple Watch counts every full minute of movement that equals or exceeds the intensity of a brisk walk as exercise, and because I drive a manual car that requires me to shift gears, it seems to think that the activity of shifting gear is equivalent to exercise. Sure, a manual car is more work to drive, but I think the Apple Watch is a little too generous in counting that toward exercise. 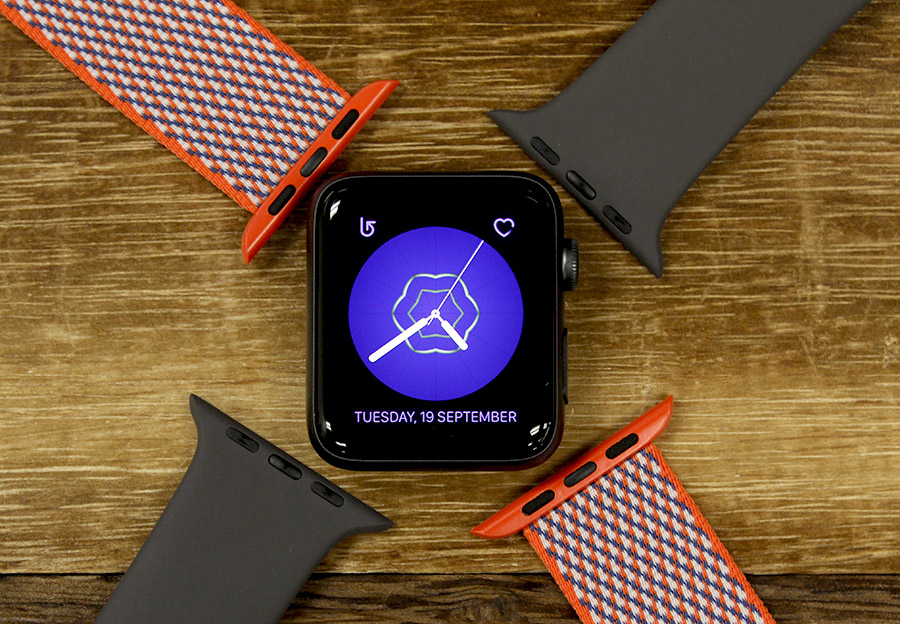 Insofar as comfort is concerned, the Apple Watch Series 3 (GPS) is faultless. Coupled with Apple’s excellent fluoroelastomer Sport band, I found the watch to be very comfortable to wear. In fact, most of Apple's straps are really well-designed and comfortable on the wrist.

Since we on the topic of straps, the new Apple Watch Series 3 (GPS) retains Apple’s ingenious strap-changing system too and is compatible with every other strap that Apple has released thus far. That’s a good thing, and it is also the reason why I think Apple will be sticking to this squarish design and 38mm and 42mm dimensions for the foreseeable future. They will likely want future Apple Watches to be compatible with their incredible catalog of straps. 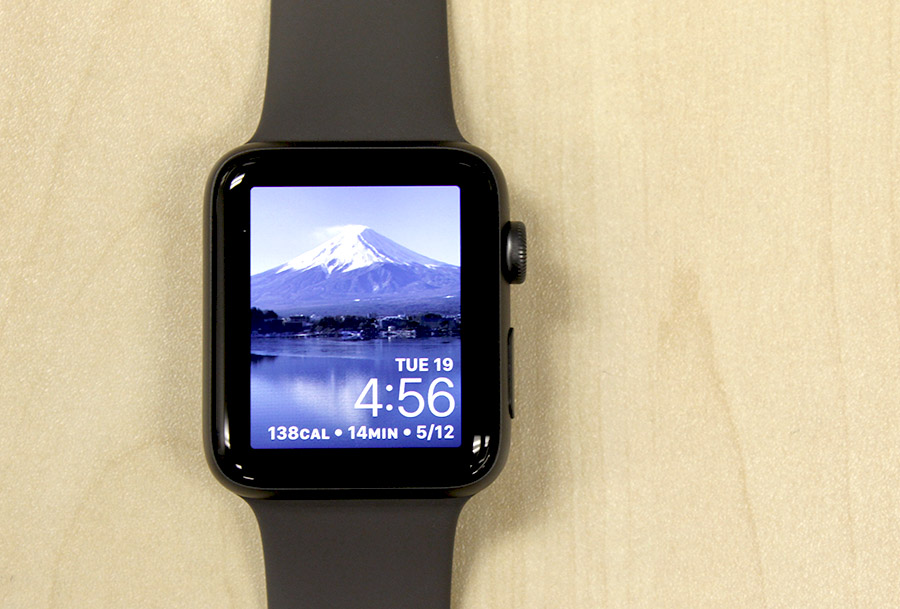 The smaller 38mm model of the Apple Watch Series 3 (GPS) goes for S$498 (also S$50 less). There are three finishes to choose from: silver, gold, and space grey.

Though the Apple Watch Series 3 (GPS) doesn’t boast many new features over its predecessor, the combination of its faster S3 processor and the new watchOS 4 means that it is still, by far and away, the best smartwatch for the iPhone and also one of the best smartwatches you can buy now. However, the lack of cellular connectivity means that it is still heavily reliant on the iPhone. 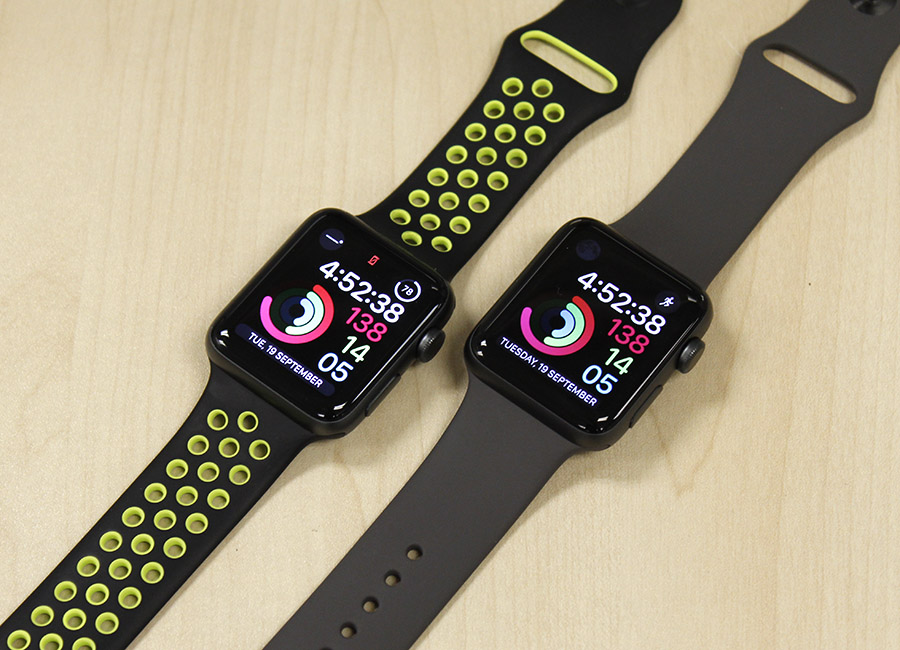 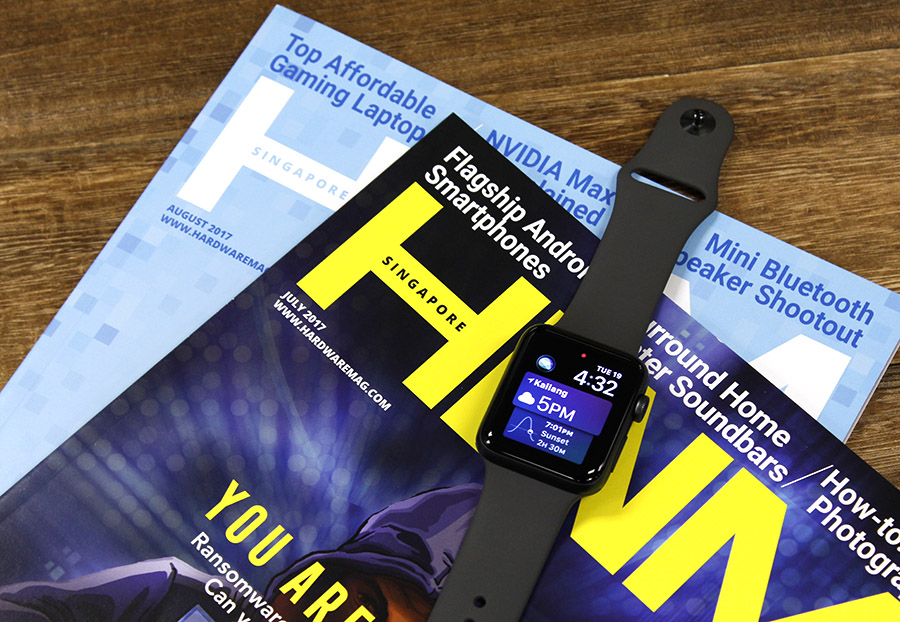 Write a Review
Compare This | Specifications
Better all-round performance
Improved battery life
Built-in GPS and heart rate monitor
50-meter water resistance
Strong design, lots of straps for customization
Class-leading build quality
More affordable than less year's models
Not much difference over last year's model
Only non-cellular model available now
Activity tracking can be a little generous
Still needs to be recharged every night
Our articles may contain affiliate links. If you buy through these links, we may earn a small commission.
Sponsored Links