On the wrist and using the new features 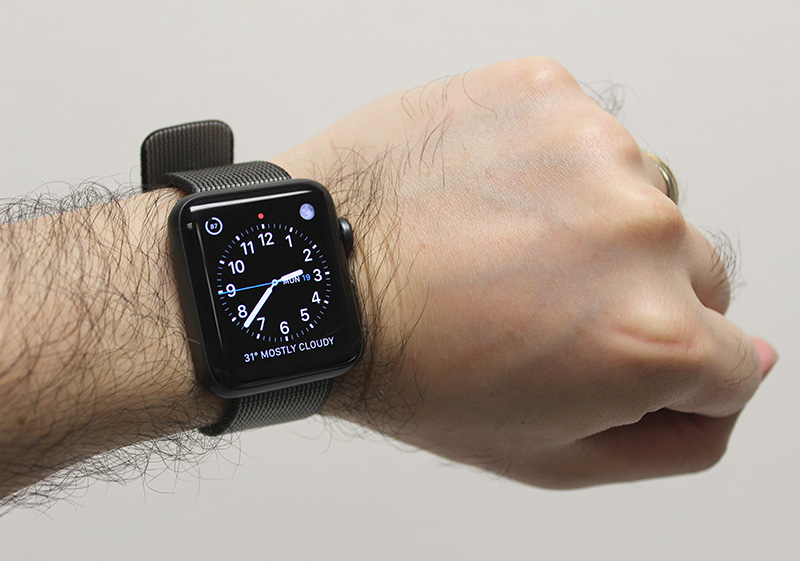 The model I wore for this review has a space gray aluminum case and comes with a matching black woven nylon strap. The crystal protecting the display isn’t sapphire, but rather something Apple calls “Ion-X glass”. Sapphire crystal is only available on the models with stainless steel cases and the new ceramic Apple Watch Edition Series 2. That said, I didn’t have any problems with scratches. But perhaps more importantly for readers who don’t like the feeling of wearing something heavy on the wrist, the models with aluminum cases are nearly just half the weight of the stainless steel models and therefore extremely comfortable to wear, especially when paired with Apple’s excellent and super comfy fluoroelastomer (rubber) sport bands.

Speaking of sport bands, the new Apple Watch Series 2 has the same super easy to use strap change system as the first Apple Watch. This also means that if you have built up a sizable collection of Apple Watch straps, you can use them all with this new watch. And don't think changing straps is superfluous either. A simple strap swap can change the look and feel of the watch. Put on the sport band and the Apple Watch is sporty, but put on the bracelet or leather band, and the watch suddenly becomes a lot more dressier and grown up. 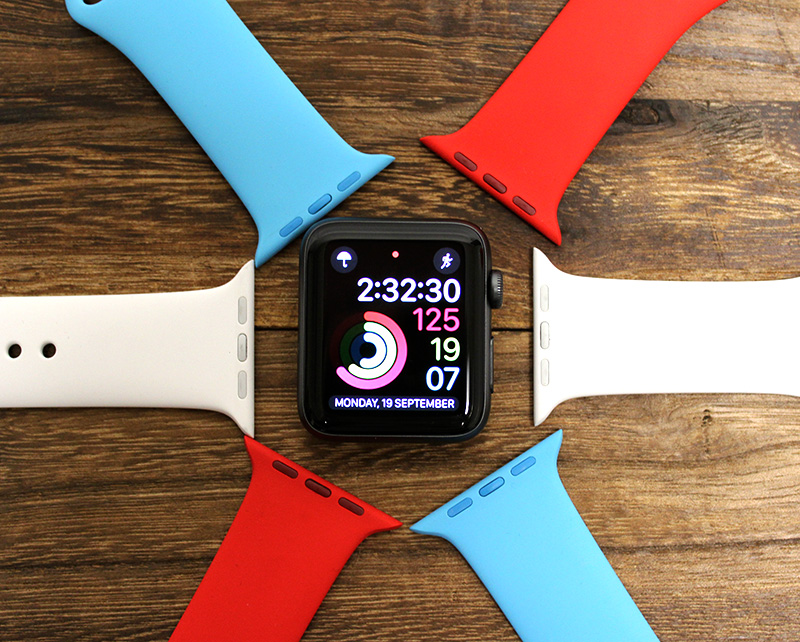 And when it comes to changing straps and resizing bracelets, Apple has the entire industry beat, and I’m talking about all watches period. Few watches have a strap changing system that's so easy to use, although Vacheron Constantin’s new Overseas Ulra-thin come close, but then that’s a $30,000 watch…

But more important is that the Apple Watch Series 2 is now a true wear every day, do anything watch. In the past, I had to be conscious about getting the watch wet, and so I had to remove it whenever I had to do chores around the house. Let’s face it, even though it's splash resistant, would you want to risk damaging a S$500+ watch? And this was one of the reasons that I stopped wearing the watch around at home, even though I liked that it tracked my activities. The hassle of having to remove it whenever I got near water was too much to bear. With the Apple Watch Series 2, I can just get on with whatever it is I want to do without a care in the world.

Also useful is the built-in GPS. In the past, if you wanted your exercise route to be logged, you had to bring your iPhone along, which is terribly cumbersome, especially if your iPhone is the larger 5.5-inch Plus model. Now, I could just head out with my watch alone, turn on the Workout app and start my exercise, and then review it later on the Activity app on my iPhone. This makes the watch much more useful as an activity and exercise tracking tool, and also means that the Apple Watch Series 2 can now hold its own against the likes of Fitbit, Garmin, and Polar. The built-in GPS seems accurate too. But one thing that can be disconcerting to some users is how there’s no indication if the built-in GPS is actually working. Unlike some other GPS sports watches, the Apple Watch Series 2 doesn’t tell you that it’s searching for a GPS or that it has a GPS signal locked on - you just have to trust it to do its stuff. According to Apple, the GPS starts working the moment you launch the Workout app, And if you begin exercising before a GPS signal is acquired, the watch will rely on data from its other sensors. So far, I have not had the GPS fail on me.

However, the integration of GPS into the Activity app isn’t as full-fledged and detailed as its competitors. Polar, for example, plots your heart rate and even speed against time and location, offering a deeper understanding and analysis of your workout. Apple, on the other hand, only maps your route and shows a color-coded route map of your speed.  Fortunately, this problem can be augmented by using third-party apps on your Apple Watch. The Polar Beat app is available on the Apple Watch, allowing Apple Watch users to tap into the detailed analysis of Polar’s running app. The only catch is that the Beat app demands that runners use Polar’s own chest-strap heart rate sensor for heart rate data instead of the Apple Watch's built-in heart rate sensor. 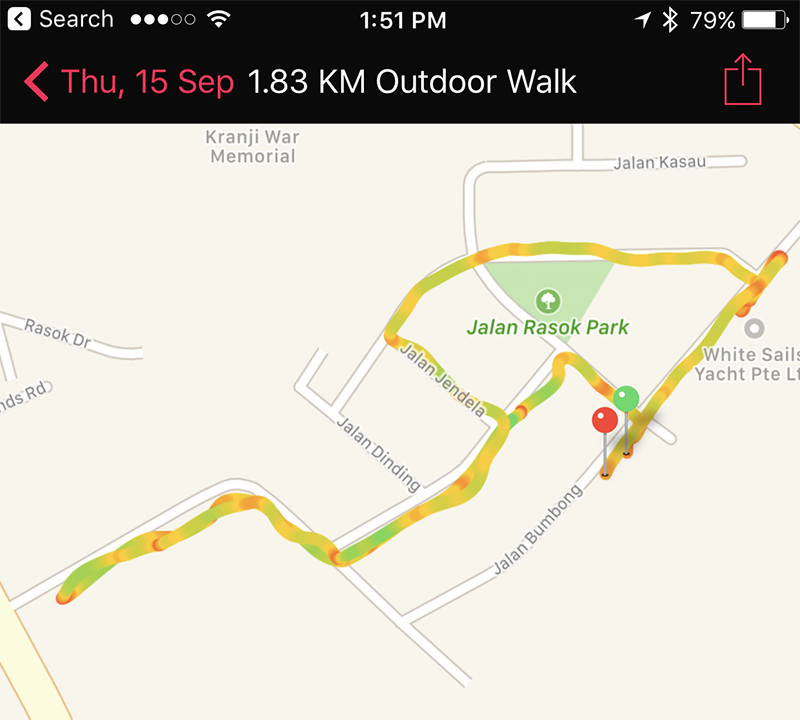 There are also some strange limitations with the Apple Watch Series 2's GPS. Most curiously, it doesn't track your elevations, so it's probably not ideal for hiking outdoors. For elevation tracking, you are still going to need your phone.

Should I get one?

The TLDR version: I find it hard to answer this question mainly because the decision to wear a watch is a very personal one. But the short version is this: yes, if you wear a watch habitually, have some money to spend, and you're already heavily invested into Apple's ecosystem, then new Apple Watch Series 2 will be a great companion device. It’s easily the best for iPhone users and one of the best in the market today. And I highly recommend it. 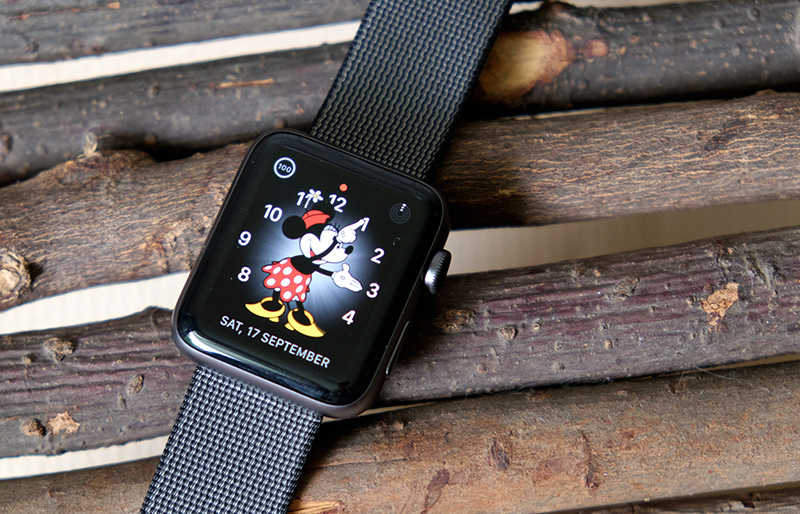 If you are already an owner of an Apple Watch and find it an indispensable part of your life, then there’s much to love about the new Apple Watch Series 2, simply because the Apple Watch Series 2 is a much more capable watch. It’s faster, has a nicer looking display, and is water resistant and has a built-in GPS. Not only is it a better health and sports watch, it's a daily beater that you can wear every day and to any where. Even if you don’t go swimming or do much sports, I think most users will appreciate the tougher nature of the Apple Watch Series 2 and its speedier performance.

WatchOS 3 is a major software rethink for the Apple Watch, and it feels like Apple finally nailed the software side of things. It's a big reason why the Apple Watch Series 2 feels so much better to use and runs so smoothy, and it works well on first generation Apple Watches, too. Once you have it installed, it feels as if you have gotten a new watch. It won’t feel quite as fluid as the new Series 2 watch, but it definitely feels speedier.

WatchOS 3 also integrates better with Apple’s other operating systems, which makes the Apple Watch Series 2 very appealing for those who are already invested in the Apple ecosystem. For example, with watchOS 3, users can use their Apple Watches to unlock their Mac desktops or notebooks. It doesn’t sound like a big deal, but I found it to be really useful because I often leave my Mac for extended periods to run tests on other devices I’m reviewing; and when I return, the Watch will unlock my Mac without me having to type in my long password. I also have an in-car multimedia receiver that supports CarPlay, so I like to use my Apple Watch Series 2 to get directions to my destination before I step into the car. And when I’m on the go, the watch also buzzes me to let me know of direction changes. Admittedly, these are small little things, but they all add up to give the Apple Watch a lot of utility. As the saying goes, "the whole is greater than the sum of its parts."

That said, the Apple Watch Series 2 still isn't perfect. Even though it’s more independent and has more apps that can run natively, it’s still reliant on your iPhone for a lot of things. For example, the XE currency converter Apple Watch app that I often use while traveling still needs the iPhone to be able to get the latest exchange rates. The same goes for weather updates and sports updates. And that will only be solved when the Apple Watch gains cellular data capability (hopefully in Series 3).

Battery life hasn’t changed much either. In my experience, I found that while the new watch has more in its reserves after a day, I still need to charge it at night; otherwise it won't have enough juice to last the next day. Considering that many of its rivals have battery life that are counted in days, it's clear that Apple still has some work to do here.

With GPS tracking enabled, battery life takes an even bigger hit. With GPS on, Apple says the Apple Watch Series 2 will run for about 5 hours, which is long enough for most casual users, but for extreme athletes who run longer and farther, it’s worth knowing that dedicated GPS sports watches like the Polar V800 and Garmin Forerunner 735XT can last over 12 hours. The Garmin can even do simple notifications, like a typical smartwatch. 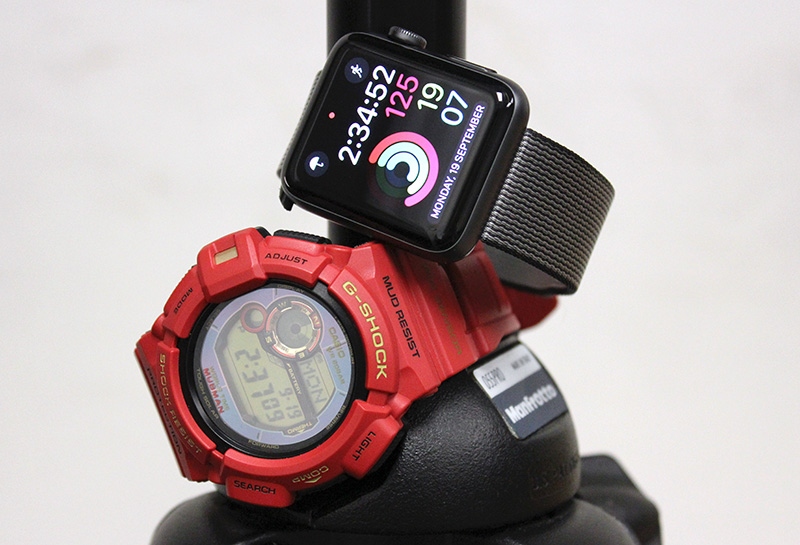 That said, if you actually think about it, it isn’t so bad. High-end GPS running watches like the aforementioned Polar V800 and Garmin Forerunner are costlier, and a multi-function Casio G-Shock watch with multiple sensors and atomic timekeeping cability like the Gravitymaster and Mudmaster will cost just about as much or more as well. So for the same money, one could argue that the Apple Watch Series 2 offers more in terms of features and usability.

But if you think S$598 is a bit much, Apple also has the Apple Watch Series 1, which is the same watch as the original Apple Watch from last year (so no water resistance or built-in GPS), but upgraded with the new dual-core processor found in the Series 2 watch. Prices begin at S$398 and that’s pretty great value for the money when you consider it can do just about everything the Series 2 can - minus going into the water and logging your exercise routes.

Apple also doesn’t think that the smartwatch can or will replace your phone. Instead, it has focused on refining the Watch so that it will give people greater incentive to wear it. It wants the Apple Watch to play a greater role in people’s lives, and the Apple Watch Series 2 finally has what it takes to do that well.