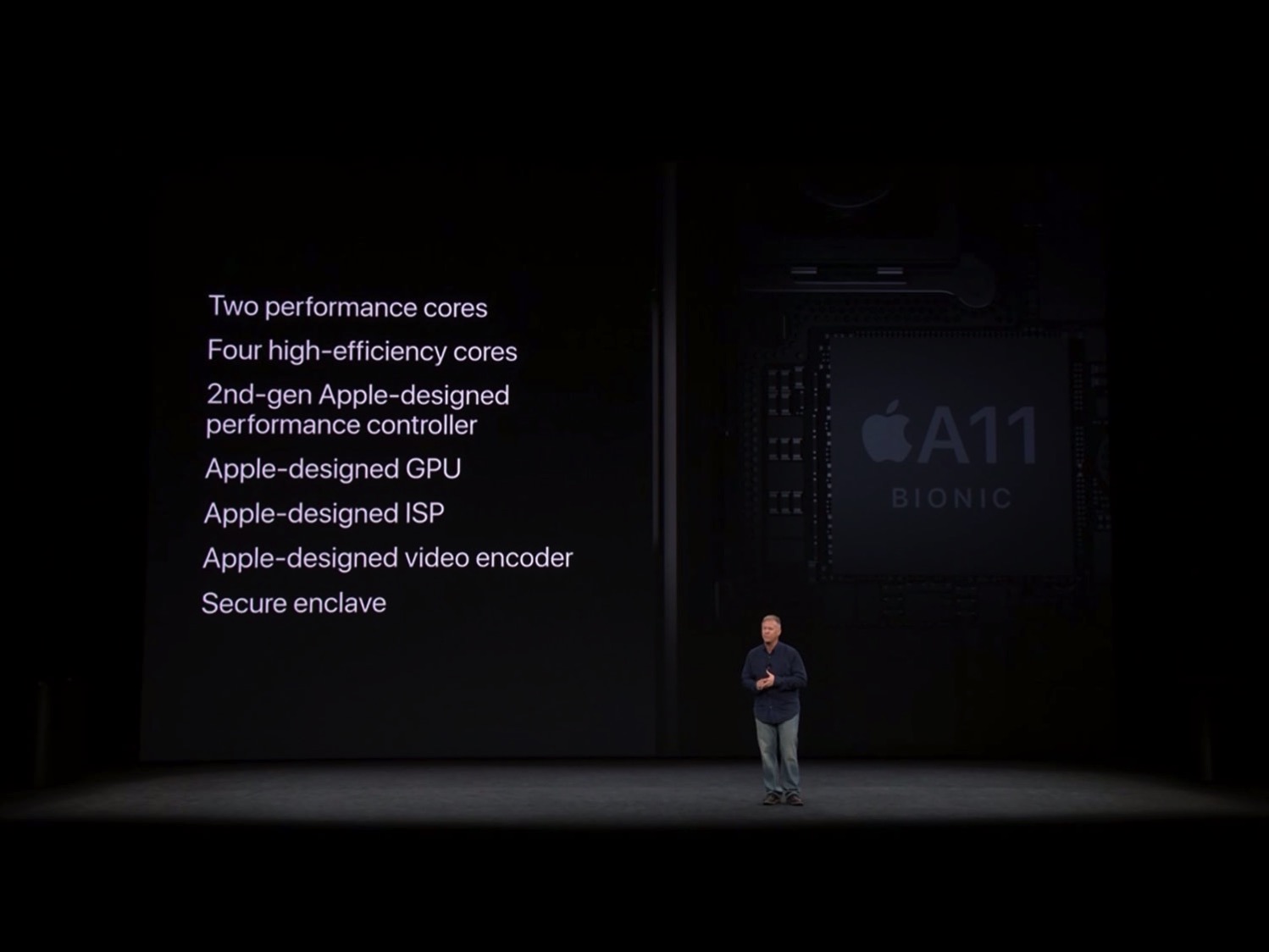 A quick note on smartphone RAM: as usual, the 8 has 2GB RAM, while the 8 Plus has 3GB RAM. While that doesn't sound like much compared to the 6GB or even 8GB RAM we've started seeing on Android phones, smartphones really don't need that much RAM.

Unlike a PC where opening a ton of browser tabs can severely slow down your computer, iOS and Android have automatic memory management that offloads inactive tabs from active RAM usage. While you can split-screen multitask on most smartphones, you're still generally limited to just two side-by-side windows, which limits the amount of RAM you require. Mobile games also tend to be optimized to only require 1 or 2GB of RAM, which is why we didn't see much performance improvement from phones with huge amounts of RAM like the 8GB OnePlus 5.

Apple has always performed really well on this benchmark due to how well optimized Safari is for Apple's processors and that trend continues with the 8 and 8 Plus. The iPhone 7 and 7 Plus are the only phones to record sub-200 ms on this test, and now the 8 and 8 Plus have beaten them with sub-150 ms results! In terms of actual user experience, the web browsing experience on both phones was lightning fast, smooth and lag-free. 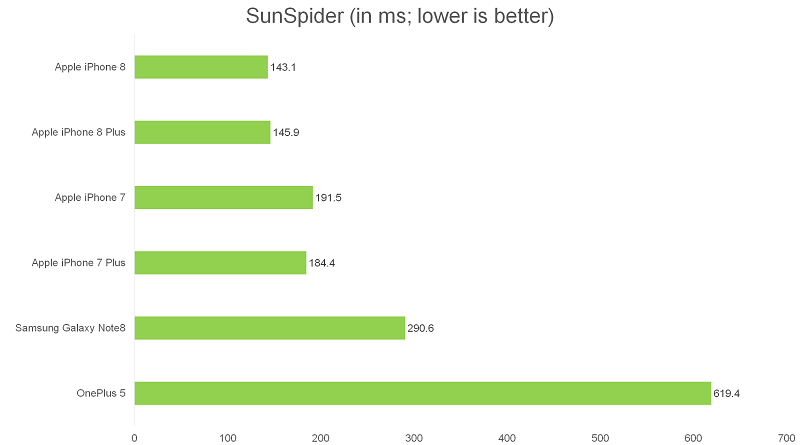 The results on this test were so surprising I ran it a few extra times to confirm it. Here's proof: 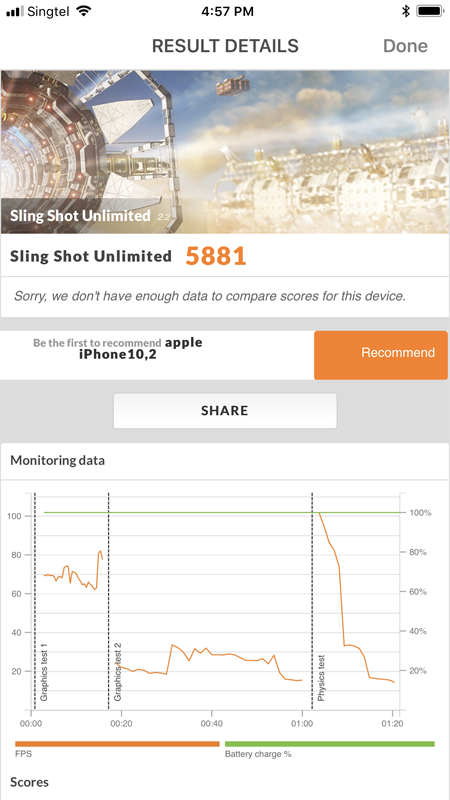 The A11's new GPU is an absolute beast and completely destroyed the competition on this benchmark. The 8 Plus was about 30 percent better than Qualcomm's flagship Snapdragon 835 and nearly doubled the score of Samsung's top-of-the-line Exynos 8895.

Due to the extra hardware required for wireless charging, both the iPhone 8 and 8 Plus have smaller batteries than their predecessors. The 8 is down to 1,821mAh (from 1,960mAh on the 7), while the 8 Plus is down to 2,675mAh (from 2,900 on the 7 Plus). Those numbers are significantly smaller, and the 8 Plus now has one of the smallest batteries around for a 5.5-inch phone.

Despite this, battery life was surprisingly good with both phones actually showing a slight increase in battery life compared to last year's models. This is a testament to how efficient Apple's processors are. 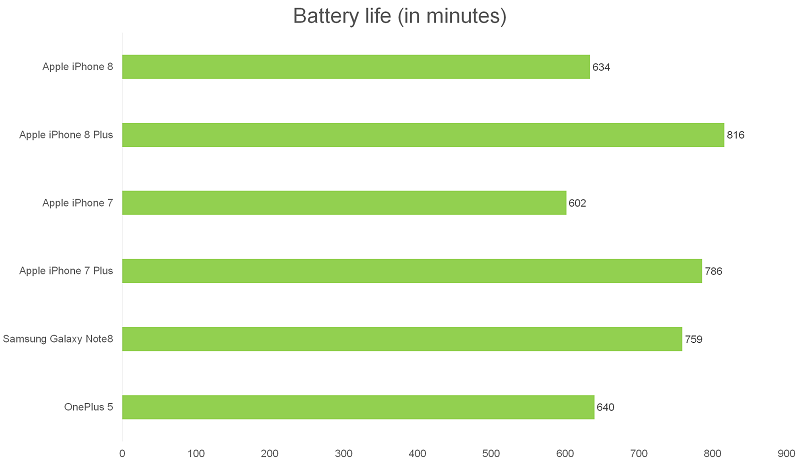 Interestingly enough, both phones also support fast charging both wirelessly and wired via the Lightning port. However, wireless fast charging does not seem to currently be enabled on either phone. The Mophie Qi charging pad I tested is capable of outputting 7.5W of power, 50 percent more than the 5W provided by the stock power adapter that comes with the iPhone 8, however both wireless and wired charging took about the same amount of time to charge. According to Mophie, "fast wireless charging is enabled with a free software update coming later this year" presumably when Apple's own AirPower charging pad is released.

If you own a USB-C MacBook or MacBook Pro, you’re in luck, because you already own a compatible power adapter: the Apple 29W USB-C adapter, 61W USB-C adapter, and 87W USB-C adapter, each of which are also sold separately for S$68, S$98, and S$108 respectively. Unfortunately, I don't own a USB-C to Lightning cable so I can't test how fast the new iPhones charge, but Apple says you can expect to hit 50 percent charge in about 30 minutes, which puts it on par with other fast charging technologies. 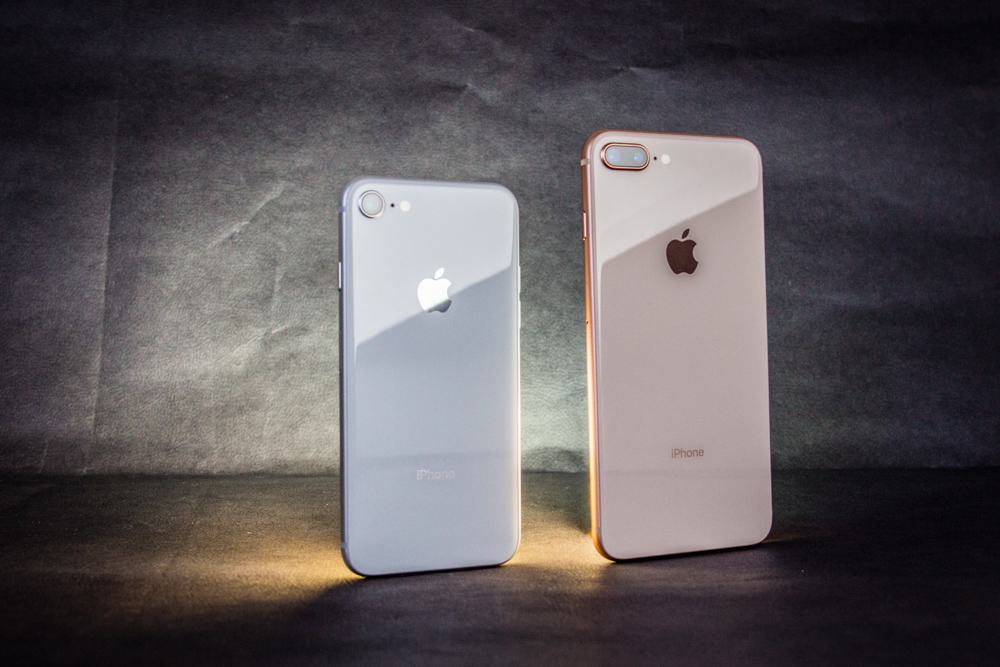 The iPhone 8 and 8 Plus own the dubious distinction of being the shortest reigning Apple flagship smartphones, being surpassed a mere twenty minutes later by the iPhone X. While they're both great phones, they're overshadowed by the X, and it doesn't help that the 8's biggest new feature, wireless charging, is something we've seen in Android smartphones for years now.

Looking back at past generations of the iPhone, Apple has always introduced something that fundamentally changes how you interact with or use your phone: the 7 made the iPhone water resistant and removed the headphone jack, the 6s introduced us to 3D Touch, the 6 was the first time the iPhone was available in two screen sizes, the 5s added Touch ID and 64-bit processors and so on. The 8 lets you charge your phone wirelessly (but only if you buy a charging pad that's sold separately), and everything else just feels like an incremental upgrade. The True Tone display, better stereo sound, better cameras, even the massively improved benchmark performance are all nice upgrades, but they don't change the iPhone or how you use it in any significant way.

So should you buy the iPhone 8 or 8 Plus? If you're currently on a 6s, 6, or below - and you know you're not interested in spending at least S$1,648 for the iPhone X - yes, definitely. You get a much more powerful processor, an IP67 build, wireless charging, stereo speakers, better rear cameras with optical image stabilization, and longer battery life. If you're on the 7, I would skip this year and wait for next year's model. Of course, if you must have the 8, you can always sell your 7 and upgrade - iPhones tend to hold their value much better than any other phone.

There's one final thing worth considering. While the iPhone X is advertised as having a 5.8-inch display, its Super Retina display uses a 19.5:9 aspect ratio (making it even taller than Samsung's 18.5:9 Note8). The X also has a small cutout at the top of the screen, which reduces its usable screen size. Most content is in 16:9 aspect ratio, which means you're going to get black borders on both sides of the X's screen. In fact, based on the dimensions provided by Apple, I estimate 16:9 content on the iPhone X to look roughly equivalent to what you would see on a 5-inch phone with a traditional display. What's my point behind all of this? Despite what the specs say, the iPhone X's display is arguably smaller than the one on the iPhone 8 Plus, so if you like big screens, your best bet is still the 8 Plus with its traditional 5.5-inch 16:9 display.