Apple has revealed precious little about the specifics of the processor. I covered it in detail in my 13-inch M1 MacBook Pro review but it’s worth stating again the high-level highlights:

The secret sauce is said to be its unified memory architecture, which means its pool of fast memory is shared by all components of the chip. This negates the need for copying and moving data around and improves performance and power consumption.

Anyhow, the topic of interest here is how it would perform in a form factor as thin as the iPad Pro. The iPad Pro is significantly thinner than any Mac and it doesn’t have active cooling, so I'm keen to see if the M1 chip will suffer from performance throttling.

Apple claims the M1 chip in the new iPad Pro will deliver up to 50% more CPU performance and up to 40% more GPU performance over the A12Z chip in last year’s iPad Pro. And looking at the charts below, their claims were mostly bang on.

On Geekbench 5, both single-core and multi-core results were almost exactly 50% greater. And on JetStream 2, there’s an improvement of around 42%. On 3DMark Wild Life Unlimited, results were about 36% better.

Also fascinating to see is that the iPad Pro’s results on Geekbench 5, JetStream 2, and 3DMark Wild Life were identical to the 24-inch iMac, which is also powered by the M1 chip. This suggests that performance hasn’t been impeded by the iPad Pro’s thin form factor. 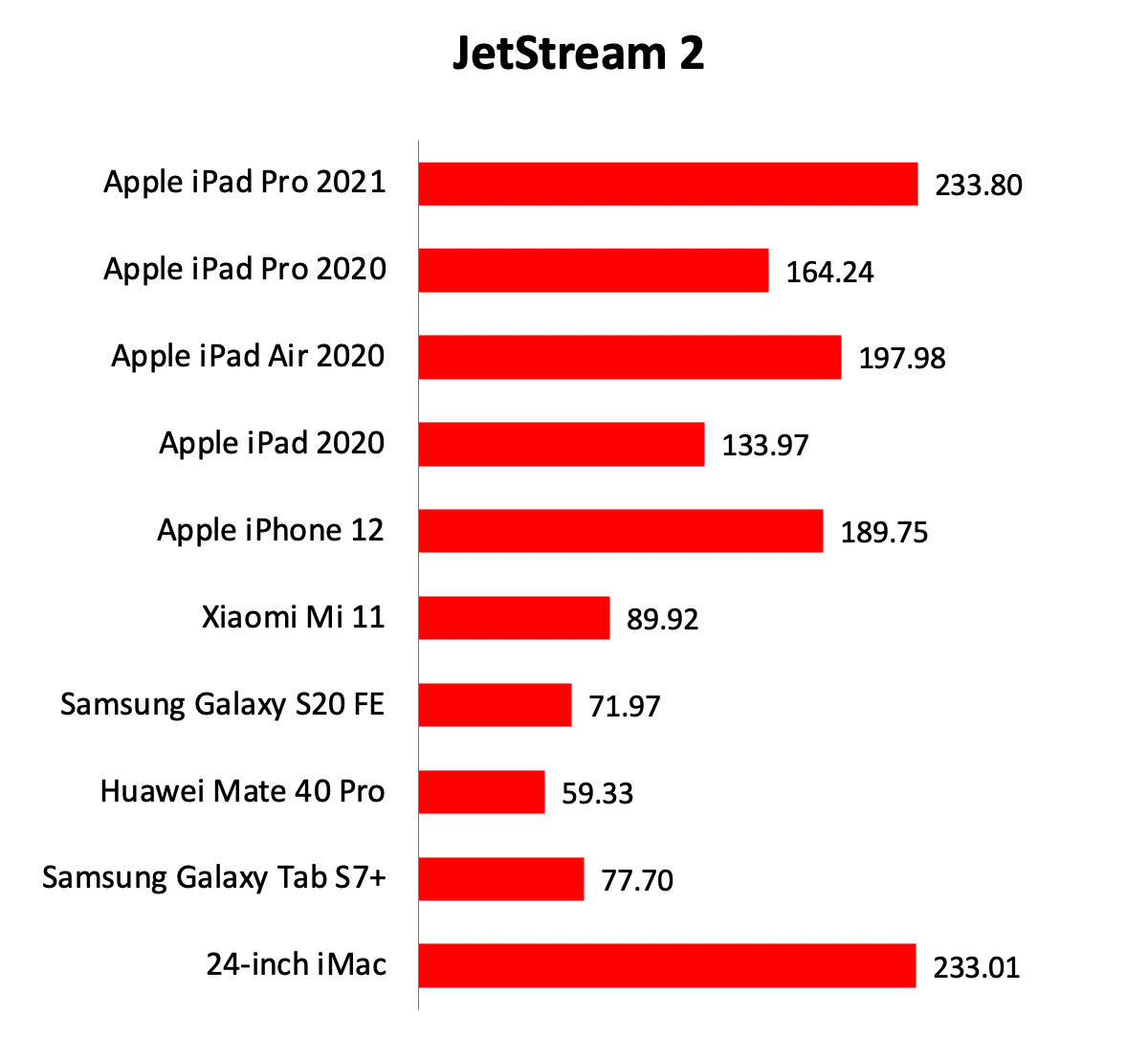 Battery life was nearly identical. The newest 12.9-inch iPad Pro lasted 272 minutes or 4 hours and 32 minutes, which was about 10 minutes less than last year's 12.9-inch iPad Pro. However, seeing that this year's model has a larger battery, it's clear that power consumption has gone up slightly. How much of it is due to the new mini-LED display or M1 chip is hard to say. Still, battery life is generally comparable to Apple's newest iPads. 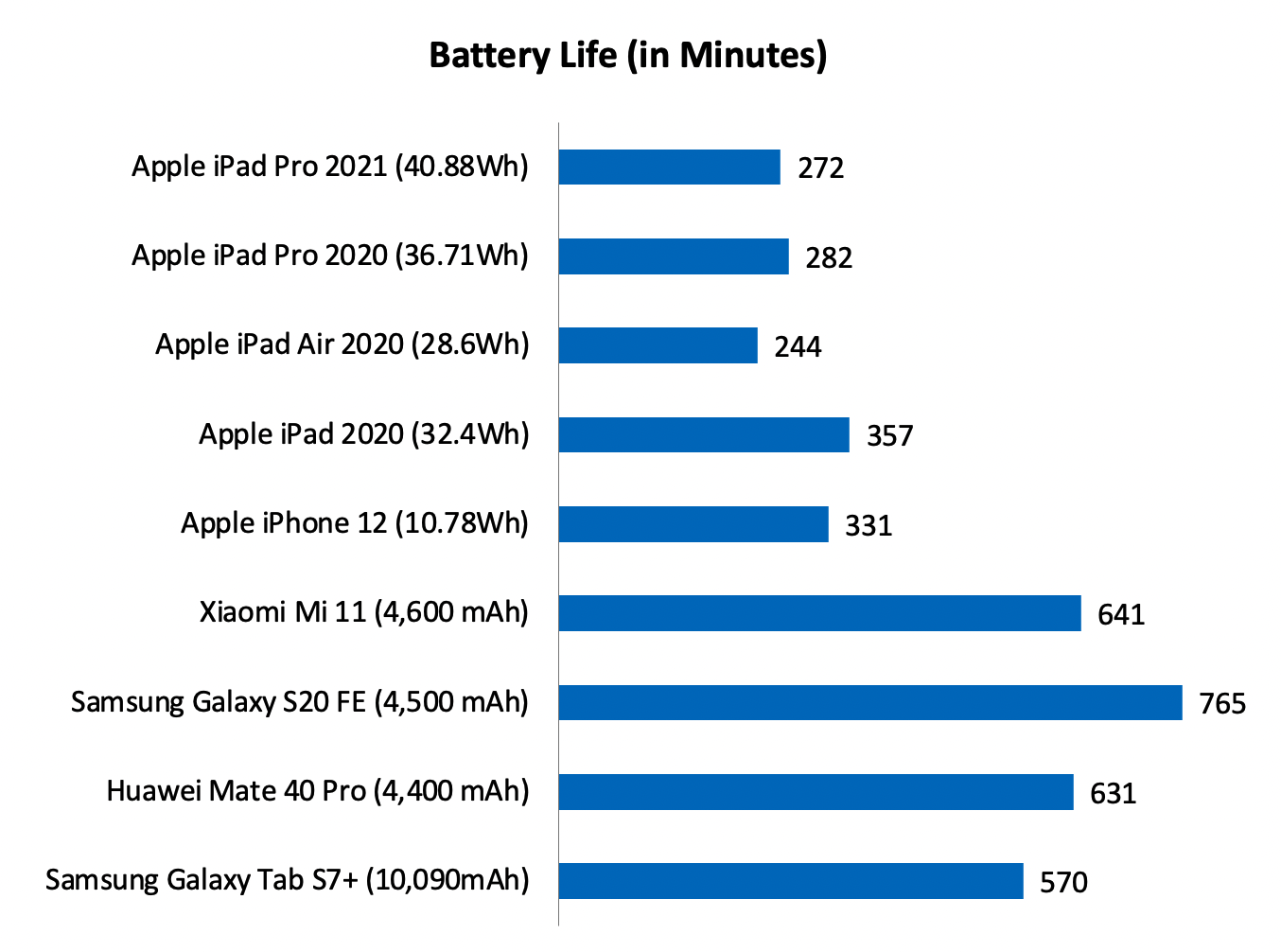 The finest iPad yet 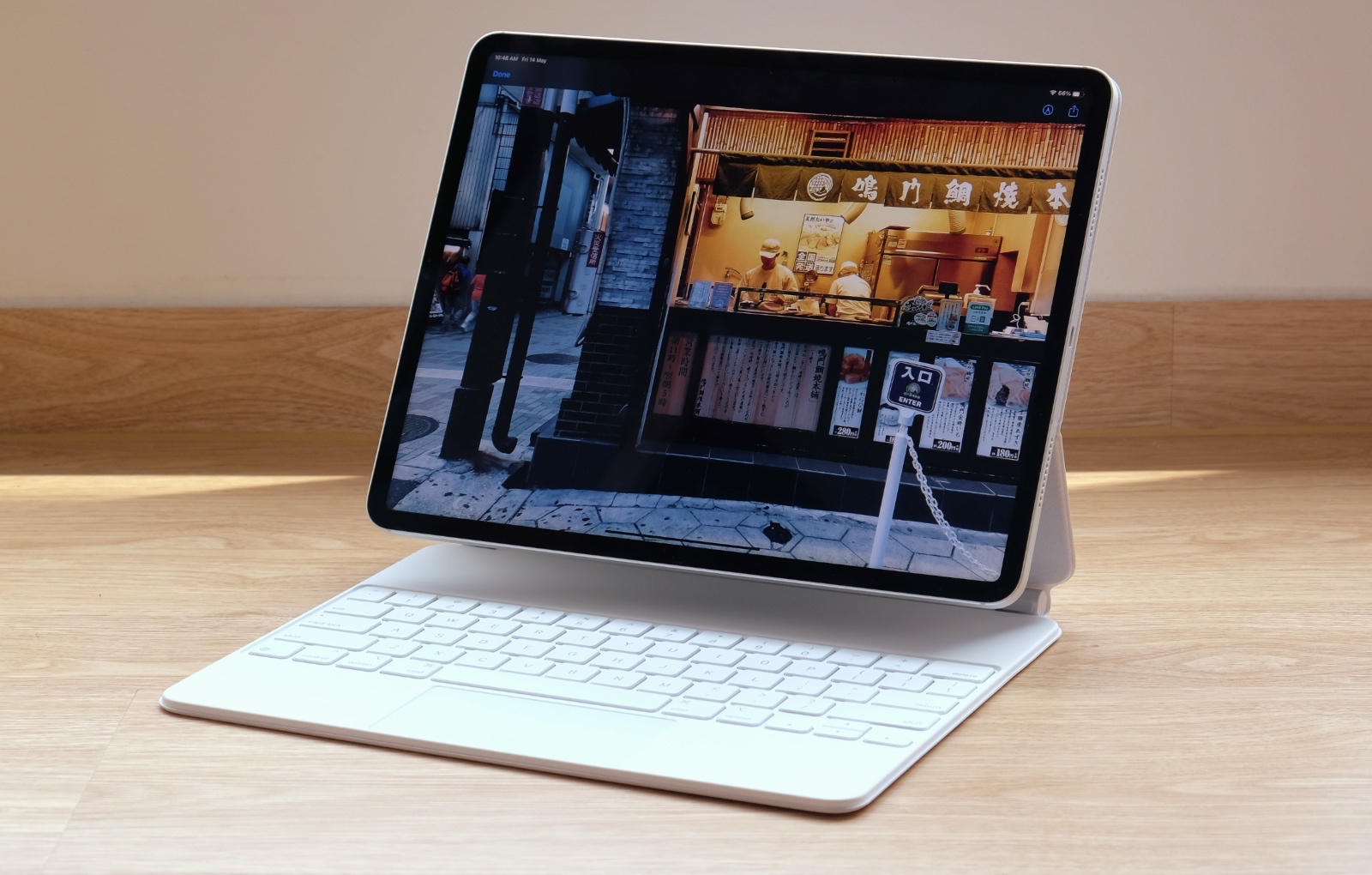 Did many owners of last year’s model complain about dawdling performance? If there were any, their prayers have been answered. The new iPad Pro is a beast. No other tablet comes close.

But no amount of performance can overcome the quirks of iPadOS. I know I belabour this point every time I write an iPad Pro review, but even the most experienced and fervent iPad Pro user will concede that iPadOS isn’t the most straightforward to use and that you need to develop your own workflows to get the best out of it. And I should know because I tried to replace my MacBook Pro with an iPad Pro and I didn’t get very far. Maybe I’m just an old dog trying to learn new tricks.

I recognise, however, that some readers grew up using iOS. If that’s the case, then perhaps iPadOS will come naturally to you. If you are comfortable with iPadOS, there’s no better iPad than this new iPad Pro. It's not perfect. It's very expensive and battery life isn't great if you max out the screen brightness. But the display is peerless, performance is second to none, it’s immensely portable, it supports Thunderbolt 3 devices, and the new front-facing camera with Centre Stage is genuinely useful.

There’s no doubt this is Apple’s finest iPad yet but it comes with a hefty price tag. Prices start at S$1,649 and it goes up quickly if you want more storage or 5G connectivity. The highest spec unit with 2TB of storage and cellular connectivity is a whopping S$3,519. That's actually S$170 more than a fully spec'ed out 13-inch M1 MacBook Pro.

Accessories cost a pretty penny too. The Apple Pencil (2nd generation) is S$189 while the Magic Keyboard is an eye-watering S$519. Even if you opt for third-party accessories, the final outlay will be considerable. If the iPad Pro is going to be your primary system, I think the investment will be worthwhile. But if you are like me and use an iPad mostly as a secondary device, then the iPad Air is the more level-headed option.

Ultimately, Apple’s latest iPad Pro feels like a flex. It’s a showcase of the versatility of the M1 chip – how it can power desktops, notebooks, and even tablets that are just 6.4mm thick. And as fantastic as this new iPad Pro is, the Mac user in me cannot help but be excited for Macs. If Apple can get its M1 chip to run so fluidly in a form factor that’s this compact think about the possibilities for Macs. This new iPad Pro is great but it's a sign that the future of Macs could be even greater.