For a start, the processor is new, well, mostly. It’s called the A12Z Bionic and it’s the first time Apple has ever put a “Z” suffix to their processor. Based on the information out there and the benchmark results in the next page, it’s safe to say it’s based heavily on the A12X Bionic in the last-generation iPad Pro. According to Apple, the A12X Bionic has an 8-core CPU as well as an 8-core GPU. In other words, it has the same number of CPU cores but one – just one – more GPU core than the A12X Bionic.

Why is it not the A13X? That's a good question and one that I'm afraid I have no answer to. Perhaps Apple is saving it for something bigger. Word on the street is that they are working on iPads with mini-LED displays. But who knows? Or maybe Apple is just really happy with the performance of the A12X. After all, it still is the most powerful chip in any phone or tablet. 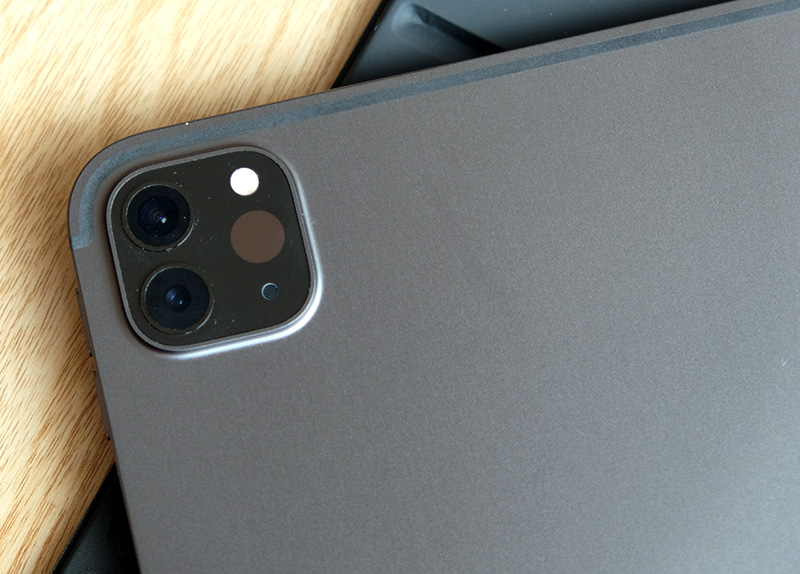 Also new is the camera setup. The large camera bump behind is because the iPad Pro now has a 10-megapixel ultra wide camera to go along with its 12-megapixel wide camera, as well as a lidar scanner (more on the lidar scanner below).

I get that a camera is useful for quickly taking photos of documents and whatnot, and that's what the wide camera is for. What I'm not convinced of is the benefit of having a second ultra wide camera on a tablet. Unless you are an interior designer who needs to take photos of homes, I'm not quite sure what's the point of an ultra wide camera. Besides, why risk looking like a tool taking photos with your tablet if you have your phone at hand? 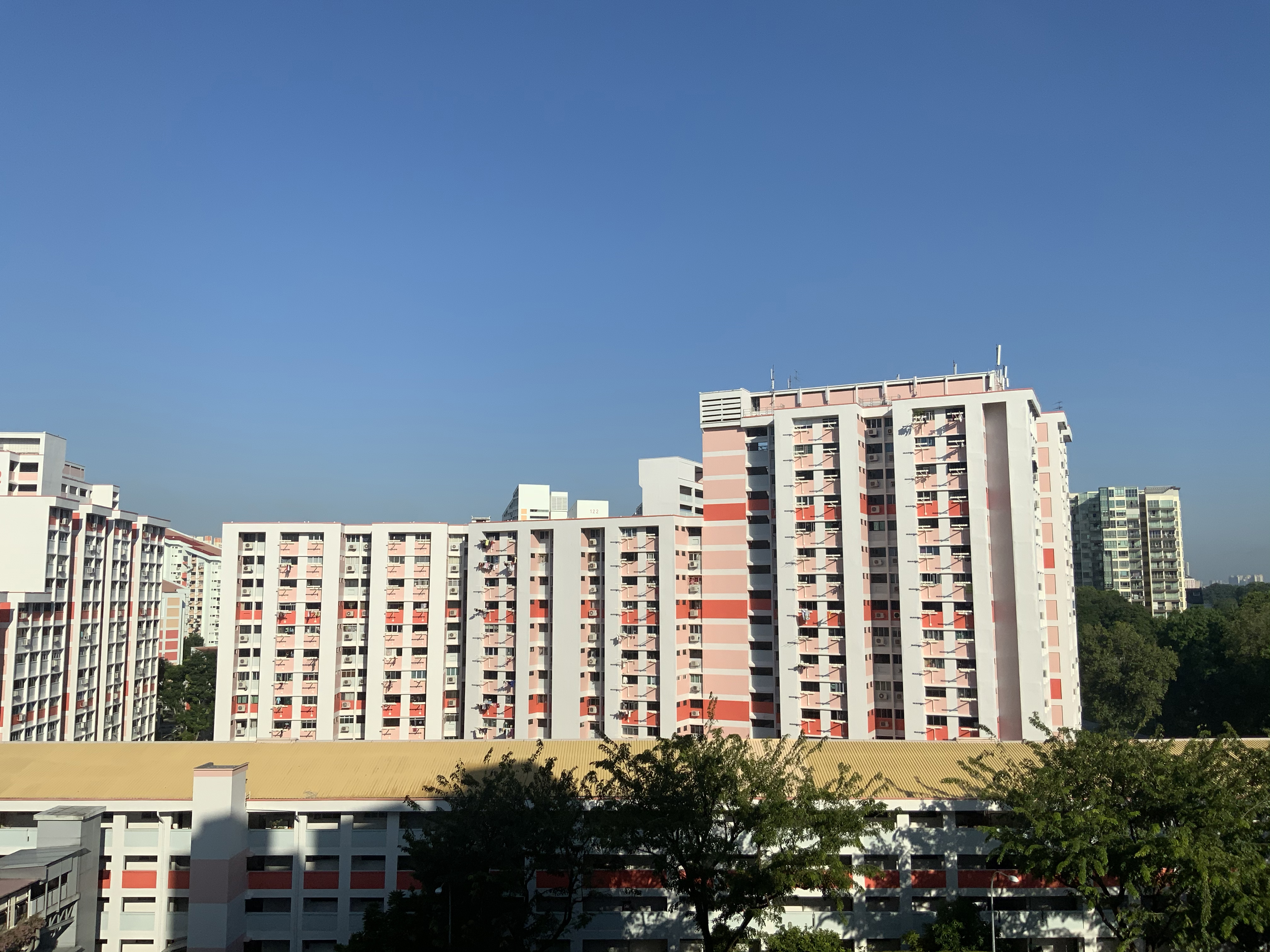 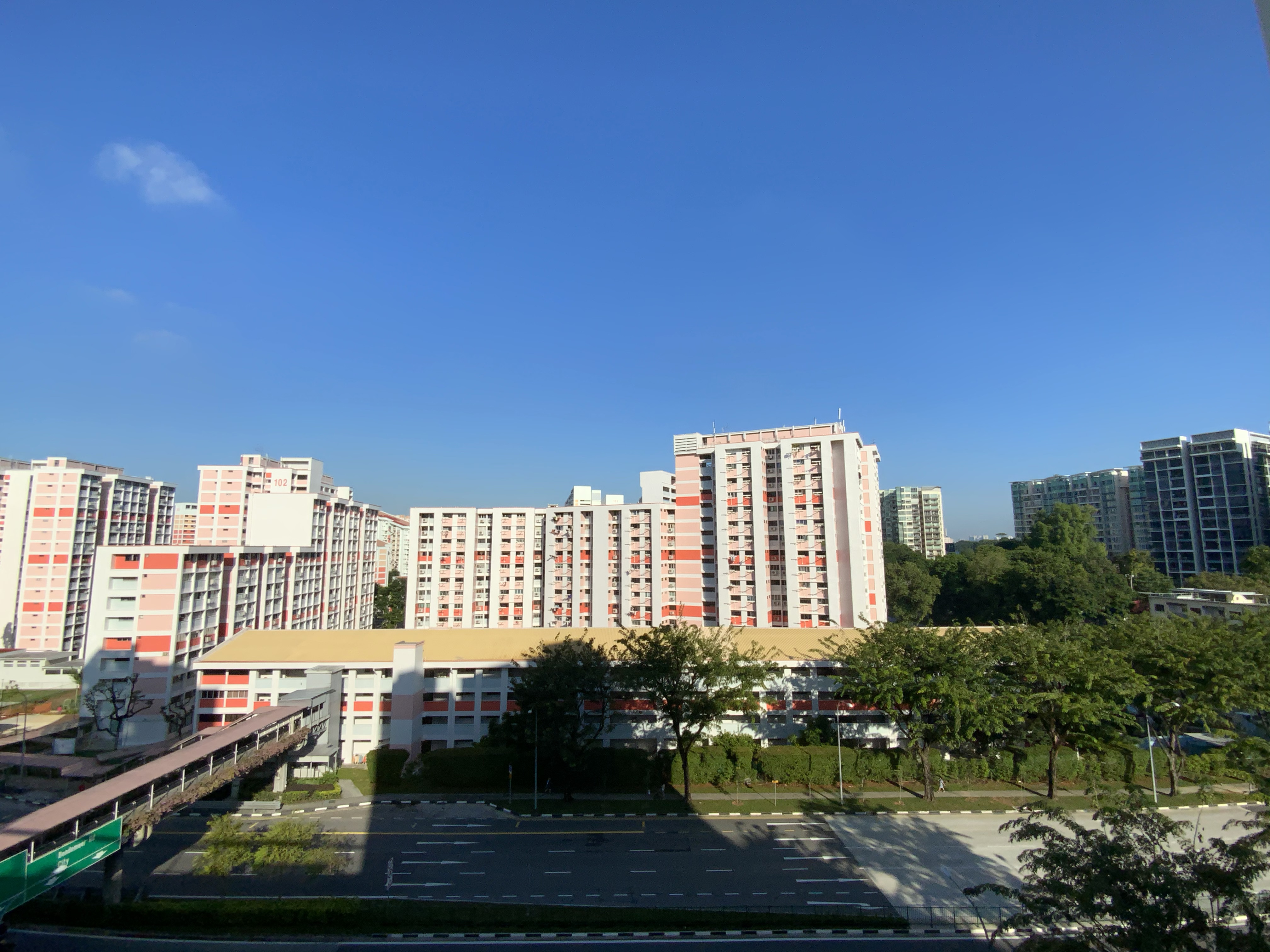 That said, the cameras are decent and they take very respectable and usable photos. However, they are no match for those on a flagship-class smartphone like the iPhone 11 or iPhone 11 Pro. Even on the regular wide camera, images don't appear to be quite as sharp and detailed. Images from the ultra wide camera appear even softer. 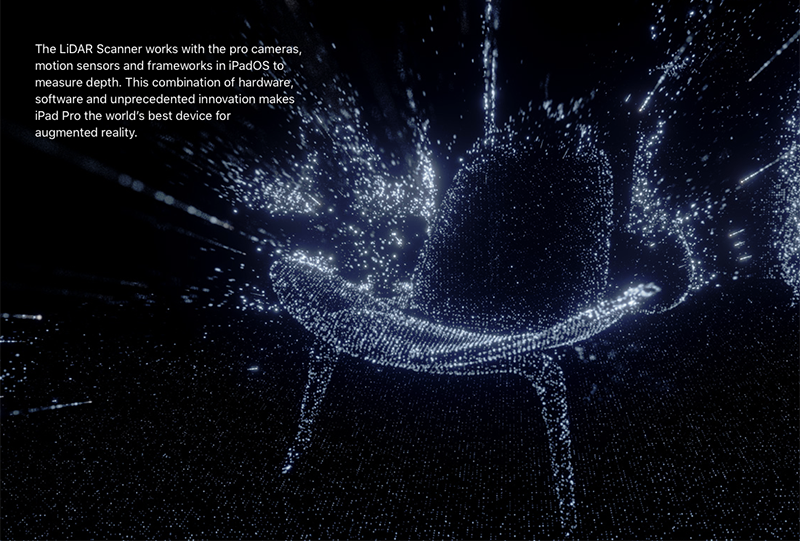 If you inspect the camera bump closely, next to the two cameras is a lidar scanner (light detection and ranging). It’s the first time Apple has put a lidar sensor on any of its mobile devices and its purpose is to enable more advanced AR (augmented reality) applications.

The lidar sensor is imperative to this because it uses the Time-of-Flight (ToF) principle to understand its surroundings. Unlike regular cameras, the lidar sensor projects invisible light up to 5 metres away. It then analyses the light that is reflected back to map its surroundings. With this, the newest iPad Pro has a greater understanding of its environment than any iPhone or iPad that came before it. And together with ARKit, Apple’s framework for AR applications, it allows developers to create more realistic and immersive AR experiences.

One demo that left me impressed (mainly because I just renovated my place) was that of Shapr3D, a professional CAD app. The demo showed how beneficial the lidar scanner could be for architects and interior designers. Using the lidar scanner, the app can quickly scan the environment and generate a 2D floor-plan or a 3D representation of the space. Users can then design directly into the environment and then use AR to project their designs and see how it affects the space.

For now, it looks like the lidar scanner is mostly for AR, but it could be put into other uses too. For example, photography, and specifically creating bokeh, where the lidar scanner can more accurately map out the subject and its position in a space. We'll have to wait and see.

Mice and trackpad support with iPadOS 13.4

The last bit is not exclusive to the new iPad Pro but it’s worth mentioning since it does ship with iPadOS 13.4 out of the box. But more crucially, iPadOS 13.4 adds one new big feature to iPads and that’s support for mice and trackpads. And now, who better than Craig Federighi, Apple’s senior vice president of Software Engineering, to show you how it works.

It’s a much-welcomed new feature. As great as Apple’s touchscreen displays are, the precision of a mouse is unrivalled, and the familiarity of using a trackpad makes certain tasks easier. And if you look closely at the video, you’ll see that Craig is using a very unusual looking keyboard. That’s the new Magic Keyboard for the iPad Pro. 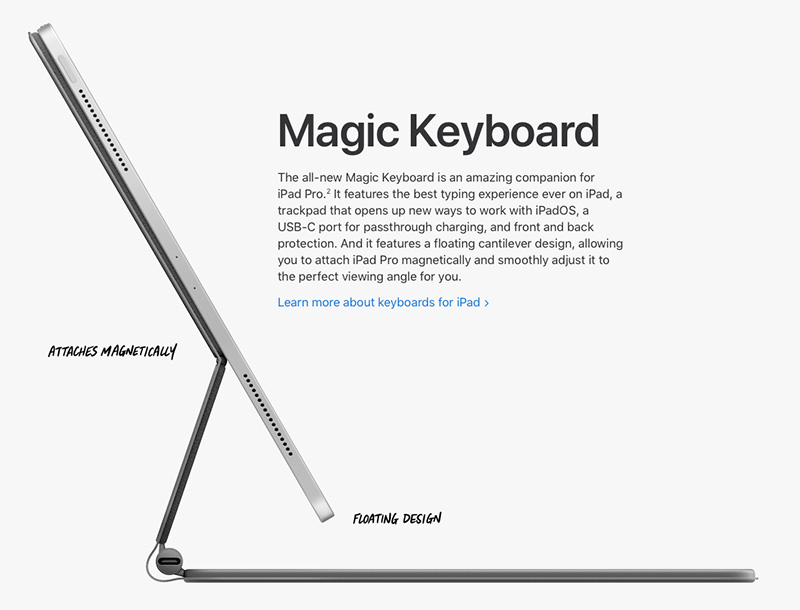 The Magic Keyboard is a new keyboard accessory for the iPad Pro. There’s a couple of things that are unique about it. The first is that it has a floating design where the iPad Pro is lifted off the keyboard and can be adjusted to an angle that’s right for you. Secondly, it has a built-in USB-C port for passthrough charging. This frees up the USB-C port on the iPad Pro for other things like outputting to an external display or plugging in an external drive. The keyboard is “full size” and the keys have scissor mechanisms with 1mm of travel just like the Magic Keyboards on the new MacBook Air and 16-inch MacBook Pro. It even has backlights so that you can see the keys in the dark – something that’s lacking in the current Smart Folio Keyboards. Finally, it also has a trackpad that takes advantage of the new support of mice and trackpads in iOS 13.4. 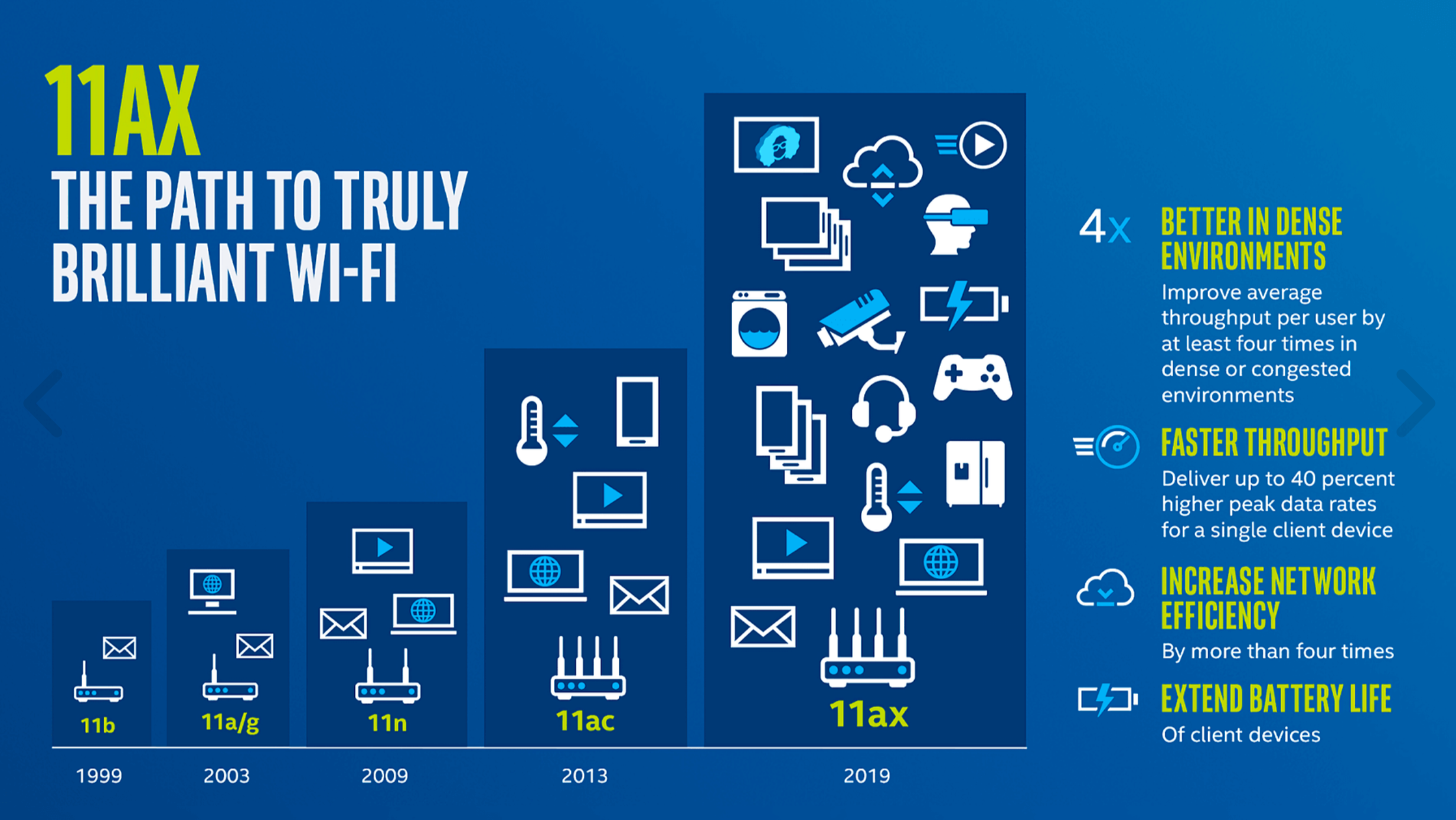 The new iPad Pro joins last year's iPhone 11 and iPhone 11 Pro in support Wi-Fi 6. This is significant because it is the next big thing in networking. If you are not sure what it is, read our guide here. But in a nutshell, it aims to improve wireless network performance by offering more robust support for multiple devices. But before you get too excited, it'll require Wi-Fi 6 routers to work, which are still rather pricey right now.