Ok, so just how powerful is it?

I talked about how powerful the new A12X Bionic processor earlier, now let’s look at the benchmarks.

In SunSpider, the new iPad Pro managed a score of just 111.1 ms, making it over 20% faster than last year’s iPad Pro. It also compares favorably against the latest flagship Android devices like the Samsung Galaxy Tab S4 and flagship smartphones like the Huawei Mate 20 Pro and Samsung Galaxy Note9. The only thing that comes close is Apple’s very own iPhone XS Max. Interestingly, the first generation iPad Pro from 2015 remains competitive even against today’s flagship Android devices.

The new iPad Pro impressed on AnTuTu as well, scoring an amazing 552,972 - an improvement of over 98% over last year’s iPad Pro. Nothing else came close, not even the iPhone XS Max, whose score of 370,084 was a long way off from the new iPad Pro.

Finally, on 3DMark, the new iPad Pro’s scores obliterated anything we have tested so far. On Sling Shot Unlimited, it recorded a score of 13,355, which was 60% more than the iPhone XS Max and over 100% more than last generation’s iPad Pro. Against Samsung’s new Galaxy Tab S4, the latest iPad Pro scored nearly three times as much.

Apple made bold claims about the performance of its latest A12X Bionic processor and from the benchmarks at least, it would seem that the claims are spot on. The latest iPad Pro is the fastest device we have tested so far and is unmatched by any device.

Performance charts below and for reference, these are the respective iPad Pro models released to-date:-

Our battery test has the following parameters:

Battery is the only weakness of the new iPad Pro. In our battery test, we found that the iPad Pro lasted 283 minutes or 4 hours and 43 minutes. This is a tad shorter than last year's 10.5-inch iPad Pro, which managed 315 minutes or 5 hours and 15 minutes. It is a whole lot less than the Galaxy Tab S4, which managed an amazing 9 hours and 42 minutes. That said, the iPad Pro's battery life is still pretty remarkable especially when you consider its performance and its portability.

This is the question that I have been asked a lot over the past few days but let’s look at price first with this handy chart below that we've compiled.

In terms of cost, the 11-inch iPad Pro is comparable to the new MacBook Air. A fully tricked out 11-inch iPad Pro with cellular connectivity along with the Apple Pencil and Smart Keyboard Folio costs roughly the same as a new MacBook Air with the same amount of storage. The 12.9-inch iPad Pro, on the other hand, costs substantially more if you want to add cellular connectivity and the Apple Pencil and Smart Keyboard Folio.

So where does that leave us? 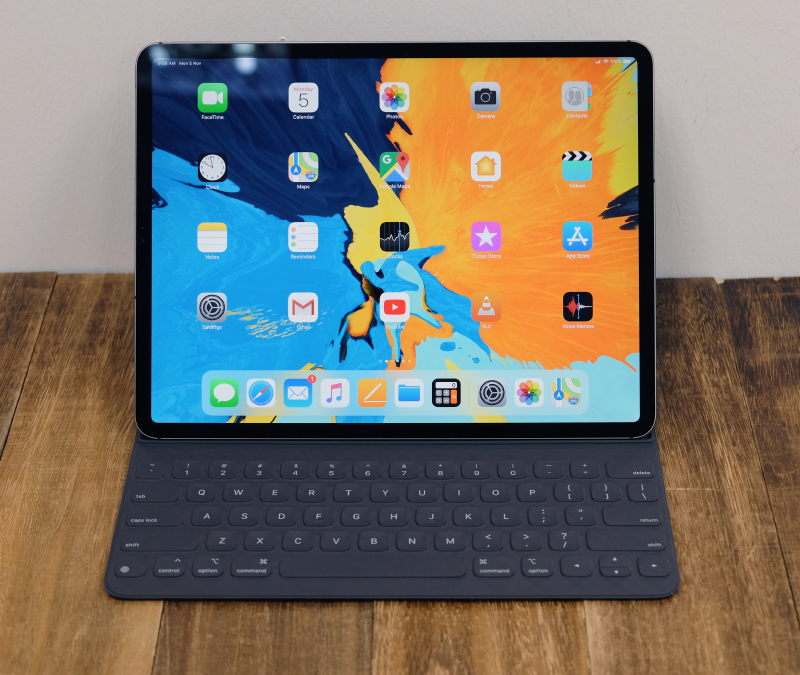 All things considered, I think Apple has priced the new iPad Pro quite closely to its new MacBook Air. Since price isn’t a major factor, the answer to the question above is, and I hate to say it, it depends. It really does. Personally, for an old-timer like me who grew up on OS X and macOS, the good old MacBook in its various forms is hard to give up. iOS 11 introduced certain features that made iOS more desktop-like but habits are hard to break and as capable as iOS and the new iPad Pro is, I’m still most comfortable doing my work on a Mac notebook.

That said, Apple has been keen to promote the iPad as a device that can replace your desktop and I think many people will be perfectly fine using the iPad Pro as their primary productivity device. Especially if you are already an iOS power user and you have no requirement to run apps that require macOS. My wife, for example, does almost everything on her phone and only uses her MacBook to type the occasional email or document. For people like her, the iPad Pro (and the iPad) is perfect. 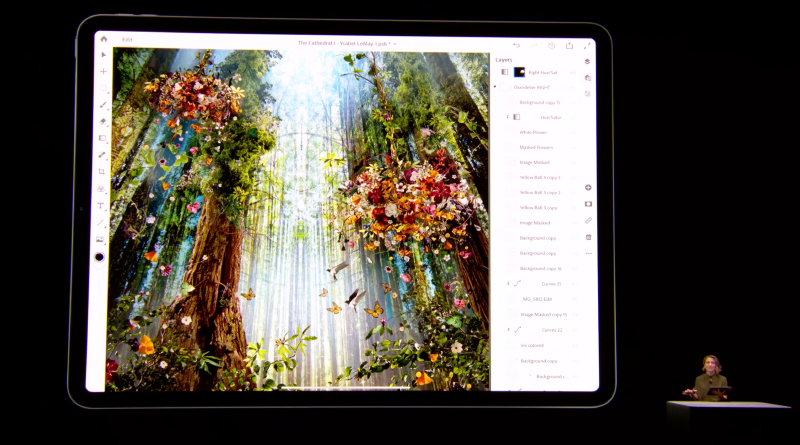 Furthermore, there are certain things that the iPad Pro does better. When it comes to graphics-intensive workloads, the iPad Pro has a leg up on all but the most powerful notebook computers. In the hands-on area after the keynote, I saw the iPad Pro manipulate a 3GB 12,000 x 12,000 pixels PSB file with over 150 layers on Photoshop like it was a regular JPEG. It was super fluid. But more importantly, to get the same kind of experience on a regular notebook or desktop would require a pretty expensive high-end setup with lots of memory and discrete graphics.

Like I said in my review of the new iPad earlier this year, the idea of using an iPad for all your computing needs is very attractive and I think the newest iPad Pro comes even closer to enabling that dream. It is super portable and its performance is off the charts. If you are even considering making the switch, I think you should definitely go check out the new iPad Pro. You might be pleasantly surprised. 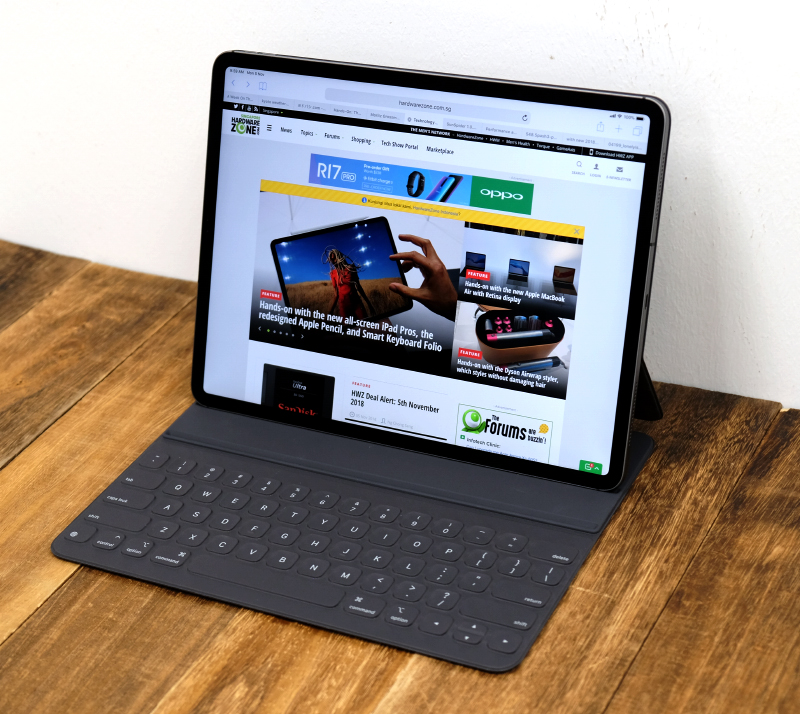 If you think about it, even the latest notebooks today are compromised machines. If we want something thin and light, we have to sacrifice performance. And if we want performance, we have to be ready to lug a heavy machine around. But the new iPad Pro doesn’t hold to these aphorisms. There’s no compromise. It blends superlative performance into a thin and light body. It is a tablet with no equal. If you can afford it, this is the best tablet available right now. The only question is if it fits your lifestyle, needs, and usage patterns. If it does, I think you will be very pleased with the new iPad Pro.