The iPad is in a curious place. When the first iPad hit store shelves in 2010, it sold like hot cakes. 3 million in under 3 months, 15 million in over a year, are figures that any company executive will kill for. And now, almost 7 years later, Apple has sold over 350 million iPads. Surely, it won’t be wrong to say that the iPad has been one of Apple’s most successful products.

However, we consumers are a finicky bunch. In 2014, slightly less than 4 years after the iPad was introduced, sales started to dip. More worrying is that it has never recovered since. That’s not to say that sales of iPads are in the doldrums. Oh no, Apple is still selling millions of iPads. In Q4 of 2016, Apple sold over 9.2 million units. Plus, it still holds a commanding share of the market at around 24%. Second place Samsung is quite a long way back with just over 15%. So while the iPad is in decline, but it is premature to say that it is in trouble.

Still, Apple is not just going to sit around and wait for things to happen and came up with the 12.9-inch iPad Pro in late November 2015. They then followed up with the smaller 9.7-inch iPad Pro last year. And now, there's a new iPad Pro in the house and it comes with a 10.5-inch display. Why 10.5-inch? And what’s new with this iPad? Let us break it down for you. 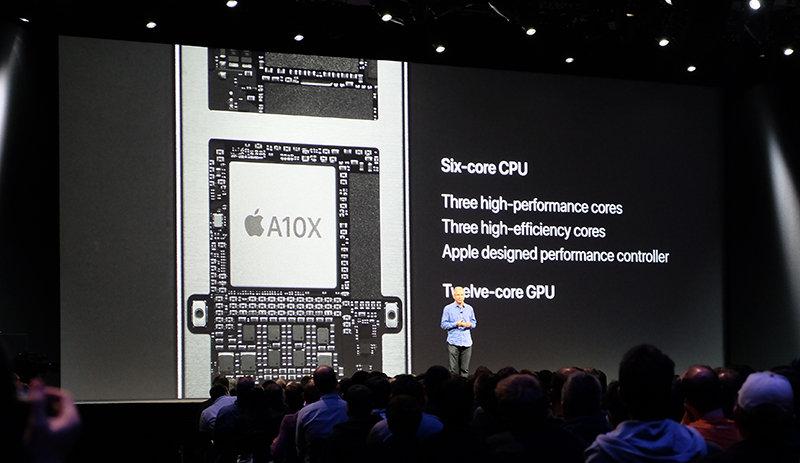 The 10.5-inch iPad Pro gets a new faster processor. It’s called the A10X Fusion chip and you can think of it as the turbocharged version of the A10 that you get on the iPhone 7 and iPhone 7s Plus.

As you would expect, it is remarkably powerful. It is a hexa-core beast with 3 high-performance cores, 3 high-efficiency cores, and 12 graphics-processing cores. It is also paired with 4GB of LPDDR4 RAM. Apple claims the A10X offers 30% faster CPU performance and 40% faster graphics performance than the A9X chip found in last generation 9.7-inch and 12.9-inch iPad Pro tablets.

As for storage, Apple has doubled all the storage options. So the most basic model will come with 64GB. For those who want more, there’s a 256GB and 512GB option. 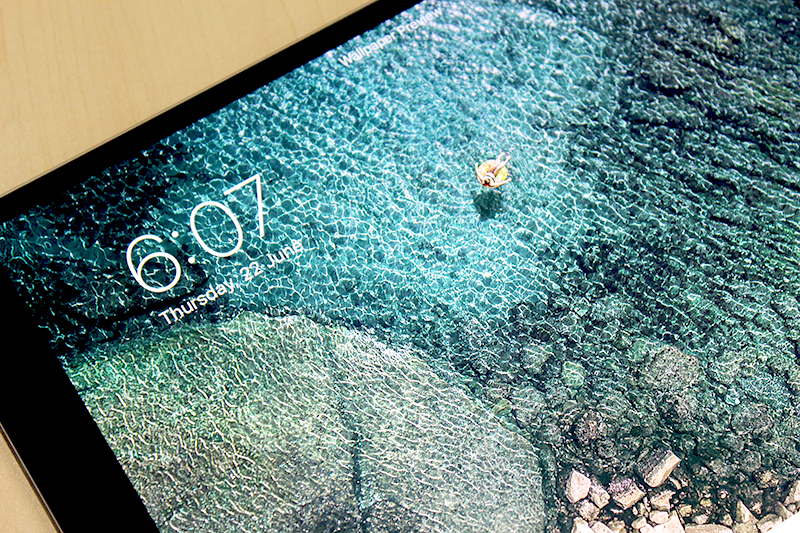 The display easily received the most updates, which makes sense since the display is possibly the single most important component of any iPad.

10.5-inch is an all-new display size for the iPad, which was previously available only in 7.9-inch (iPad Mini), 9.7-inch (iPad), and 12.9-inch (iPad Pro) sizes. Even though it has a larger display, the 10.5-inch iPad Pro is scarcely bigger than the new 9.7-inch iPad that was released earlier this year. Witchcraft? Not quite, this was achieved simply by reducing the size of the bezels. As a result of this bezel reduction, Apple was able to keep the weight of the 10.5-inch iPad Pro down to 469g for the non-cellular model and 477g for the cellular model - nearly identical to the new 9.7-inch iPad (2017).

The display resolution is 2,224 x 1,668 pixels, so if you do the math, that is about 17% more pixels or display real estate than 9.7-inch iPad Pro. Pixel density has been kept the same at 264 pixels per inch, so images and text continue to look super sharp and crisp. The larger screen size is helpful because it makes multitasking more convenient - you can see more in Split View. In addition, the on-screen keys of the virtual keyboard can be made larger, almost as large as the keycap on a physical keyboard, which makes typing with the on-screen virtual keyboard a little more comfortable.

Size aside, the 10.5-inch display has also been improved in many other areas. For a start, it features ProMotion technology, which is basically Apple’s way of saying it has a high refresh rate. How high? Try 120Hz or the equivalent of many of today’s high-end gaming monitors. The results are quite stunning. Web pages are rendered with a fluidity that I have never seen before on a tablet. Compared to last year’s 9.7-inch or 12.9-inch iPad Pro, which has a 60Hz display, the improvements are easily noticeable. Scrolling through webpages is noticeably more fluid. And games look incredibly smooth, as if they were running on honey.

The high refresh rate has other implications. It also makes inputs more responsive. As a result, the Apple Pencil also feels more immediate. I doubt anyone who has used an Apple Pencil with last generation’s iPad Pro tablets wished for a more responsive pencil, but this is exactly what the latest generation iPad Pro tablets will give you. On the new 10.5-inch iPad Pro, the Apple Pencil is now crazy responsive and fast. Apple claims input lag has been cut down to just 20 milliseconds, that’s 5 times faster than you can blink your eyes.

And like the old 9.7-inch iPad Pro, this new model also has features like TrueTone display technology and support for the more vibrant DCI-P3 color space. In short, the display of this new 10.5-inch iPad Pro is nothing short of fantastic. The colors are vibrant and tantalizing and the response of the display to both touch and pen inputs is unrivaled.

The new 10.5-inch iPad Pro has an upgraded camera system. It gets the same camera system as the iPhone 7. This means a 12-megapixel rear-facing camera with optical image stabilization and quad-LED True Tone flash. It can also take 4K video and shoot slow motion videos of up to 240fps.

Similarly, the front-facing camera comes from the iPhone 7. It shoots at 7-megapixels and features Retina flash with True Tone for more natural-looking photos in dimly lit environments. It’s a great camera system, as we will see later in the camera performance section where I show you sample images.

Write a Review
Compare This | Specifications
Superlative performance
Fabulous display
Thin and light
Big sound for a tablet
Excellent accessories in the Smart Keyboard and Apple Pencil
Super pricey
Accessories are sold separately
Accessories are equally pricey
Our articles may contain affiliate links. If you buy through these links, we may earn a small commission.