The 9.7-inch iPad gets its most drastic design revamp since 2010 and comes with a thinner, lighter and more compact form factor. In addition, it runs on Apple's latest A7 processor which is based on a 64-bit architecture.

The iPad ecosystem has never been stronger than now with over 475,000 tablet-optimized apps and more than 170 million iPads sold to date. Can the iPad Air elevate sales to new heights in the midst of stiff competition? While we can't predict sales numbers, we can surely tell you how it fares against the competition and its predecessor in this review. 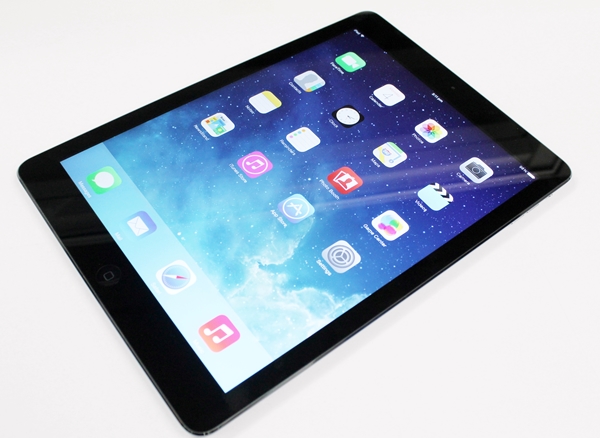 Note: We will be reviewing the 128GB Apple iPad Air (Wi-Fi) in this article.

The major gripe we have with the third and fourth generation iPads is its bulky form factor. Weighing at least 652g and measuring 9.4mm thick, they are simply too heavy in this day and age. One-handed usage is simply not possible beyond a brief period as your wrist will hurt soon after. Fortunately, Apple has tackled this somewhat by giving its design a breath of fresh air (no pun intended) with the new iPad Air.

For consumers who have been using the previous generations of iPads, the improvements can definitely be felt - but the degree in advancement really depends from which iPad you are personally comparing with. For example, we know of people who're still chugging along with the original iPad; for these people, the iPad Air offers a whole lot more than just improved handling. Speaking of handling, the new iPad Air sports a more modern edge and back design that's similar to the iPad Mini - the edges are no longer slopped to form the curved rear backing as it did on all the previous 9.7-inch iPads. The new edge design and flat back combined with a narrower screen bezel and improved physical specs as highlighted in earlier paragraph, greatly help give the iPad Air a modern look and improved handling.

Looking beyond the Apple camp, things aren't as straightforward. Within the span of 12 months, the Android competition has caught up significantly in terms of hardware and designs made available. One of those that has left us a lasting impression in terms of design and engineering leap is Sony Xperia Tablet Z.

Arguably the best looking Android tablet we've seen to date, the Xperia Tablet Z sports the minimalist rectangular OmniBalance design with an insanely thin 6.9mm side profile. Considering that the Xperia Tablet Z houses a larger 10.1-inch display, a microSD card slot and made the tablet water and dust proof (to a certain degree), we feel that Sony engineers have done a better engineering job. However, this does not take into account that the iPad Air has a higher resolution display and a larger battery capacity, which quite likely contributes to its slightly thicker profile.

With a design and form factor that resembles the iPad mini, the iPad Air feels great in the hands. We've handled several 10-inch tablets for the past two years, and the iPad Air is easily one of the best to date although the Xperia Tablet Z comes very close in matching it. In fact, the the tech writers at HardwareZone are split between which of the two tablets provide a better feel in actual usage..

As mentioned earlier in this review, existing 9.7-inch iPad owners will appreciate the iPad Air for what it is. Other tablet users, especially those who have handled or own the Xperia Tablet Z, may not share the same sentiments. Having said that, one-handed operation is definitely possible now on the iPad Air and holding it over a sustained period of time does not feel as uncomfortable as before.

Apple retains the same display size (9.7-inch) and resolution (2,048 x 1,536 pixels) on the iPad Air. This works out to a pixel density of 264ppi, which is a tad lower than some flagship Android tablets such as the ASUS Transformer Pad TF701T, Samsung Galaxy Note 10.1 2014 Edition, Samsung Nexus 10 and Toshiba Excite Write. 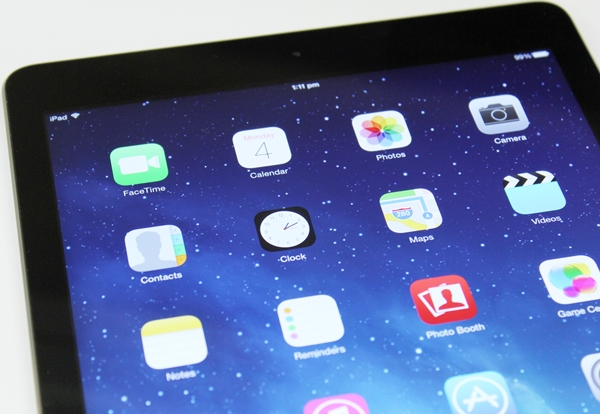 These Android tablets tout 10.1-inch displays with a resolution of 2,560 x 1,600 pixels and hence sport higher pixel densities than the iPad Air. This means that Apple, on paper, loses the title of having the sharpest display for a full-sized tablet. However, the upcoming iPad Mini with Retina Display will continue to hold the title because it will boast a pixel density of 324ppi. As mentioned in our previous tablet reviews, the slight difference in pixel count is purely a specs comparison point and it does not translate to a superior viewing experience on the Android tablets.

What's significant about the display is not inside it, but around it. Apple has shrunk the bezels around the 9.7-inch display in a similar fashion as the first generation iPad mini. This makes the iPad Air have an overall slightly narrower width, thus improving handling experience by that same degree. 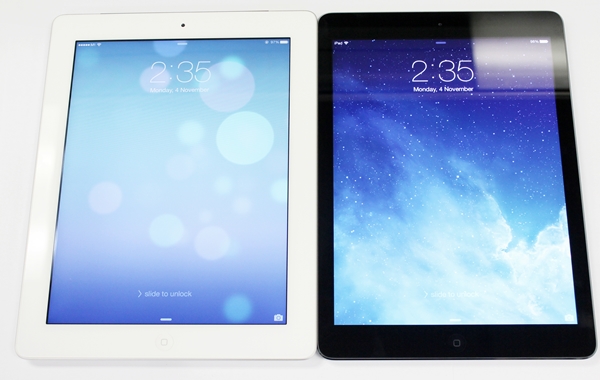 Working hand in hand with the narrower side bezel, Apple uses a touch-rejection algorithm software for the iPad Air's display. This helps it recognize if your thumb is simply resting on the display while you’re holding it or if you are actually interacting with the display. This feature worked most of the time as claimed, although we found it occasionally rejected our intended touch inputs.

Like the iPhone 5S and 5C, the iPad Air runs on iOS 7. For a full breakdown of iOS 7, check out everything you need to know in these articles:-

Apple also made its iWork productivity apps (Pages, Numbers and Keynote) and iLife creativity apps (iPhoto, iMovie and GarageBand) free from the App Store for any new iOS 7 device. The apps are also available as free updates for existing users and are optimized to support the 64-bit processors (such as the A7 chip used on the latest devices). Previously, the apps cost a total of US$45. 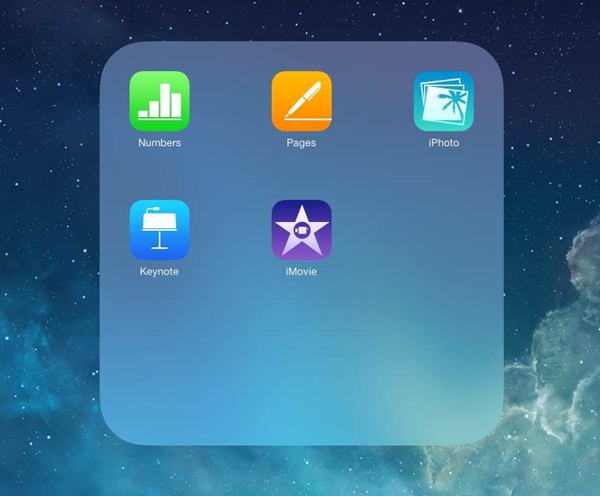 Unlike what most Android vendors do, Apple did not preload these apps on the new iOS 7 devices. You have to visit the App Store to be prompted to download the six apps for free. We feel that Apple is giving iOS 7 users a choice to download what they need instead of preloading them and taking up unnecessary storage capacity on the iPad Air. The total storage space you need to download these apps is about 2.9GB. Here's the breakdown of storage space taken by each app:

The decision to offer these apps free is a bold one. One may argue that Apple is simply sharing the latest and the best software with its customers as a strategy to sell its iPads. This move would also silence critics who bashed Apple iPads as entertainment devices. While these Apple apps are not as feature-packed as Microsoft Office apps on Surface tablets, they should be sufficient for the average consumer on the street.

On a side note, our 128GB iPad Air unit comes with 114GB available storage capacity out of the box. Should you be concerned of the storage capacity discrepancy, it's all down to how storage itself is marketing and actually reported due to the binary and digital numeric system used. Further to that, you'll have to factor in formatting of the storage media's file system. The actual space occupied by the OS and pre-loaded apps are just a few gigabytes.

Write a Review
Compare This | Specifications
Thinner and lighter design
Good handling
Excellent performance
Super-smooth iOS 7 and new iLife and iWorks apps user experience
Lots of potential from 64-bit A7 processor and M7 motion coprocessor
Not a game changer (yet)
Premium price
Our articles may contain affiliate links. If you buy through these links, we may earn a small commission.
Sponsored Links