Note: This review was first published on 4 October 2021. 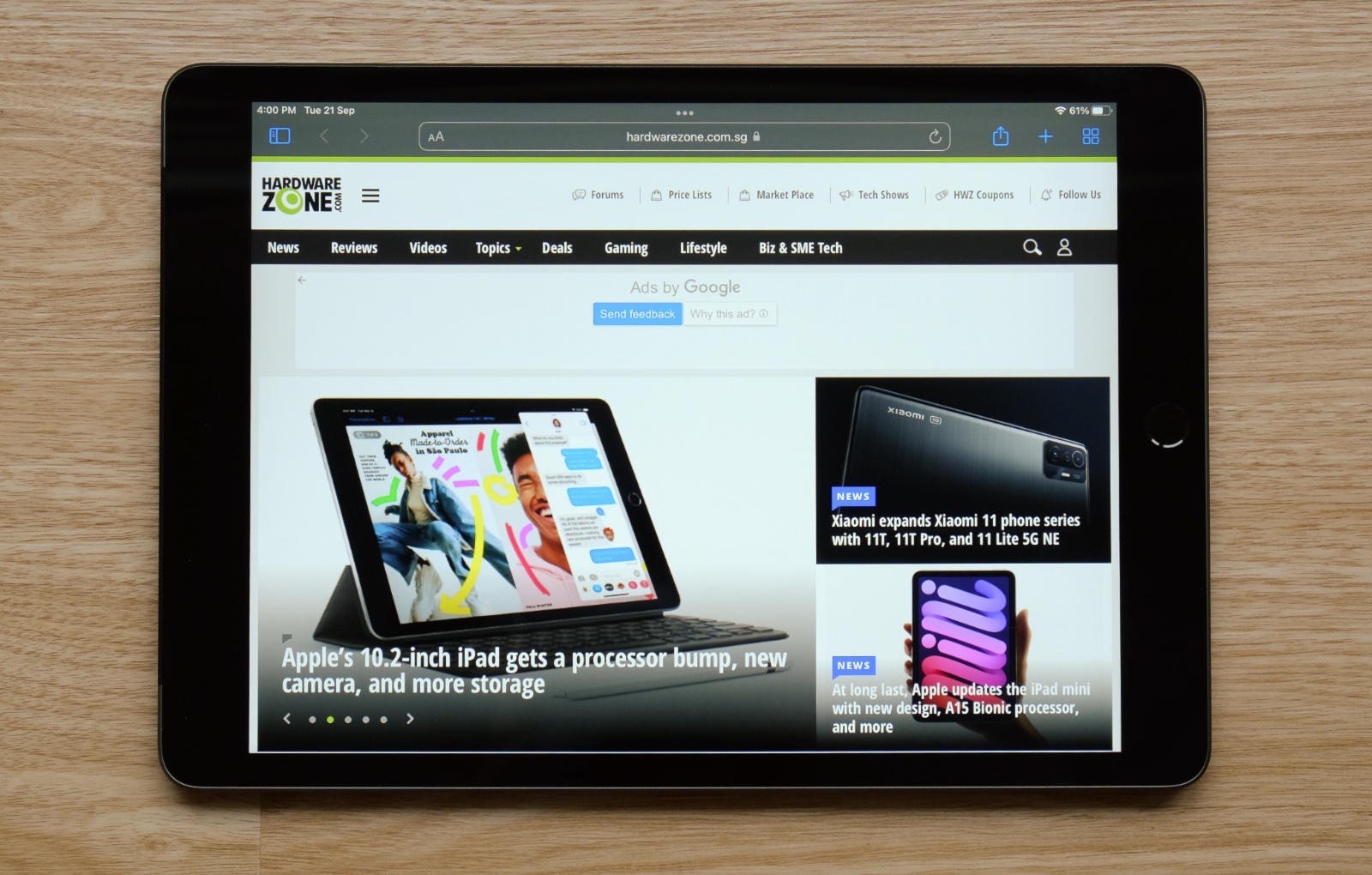 The iPad gets a spec bump, again

The iPad is Apple’s most basic, erm, iPad. It’s now in its 9th-generation guise, but you probably can’t tell because it has looked this way since 2019. Apple’s strategy for its most basic iPad is simple to understand: make it as cheap as possible so that more people can afford it, but also as feature-packed and powerful as possible so that people still want it. 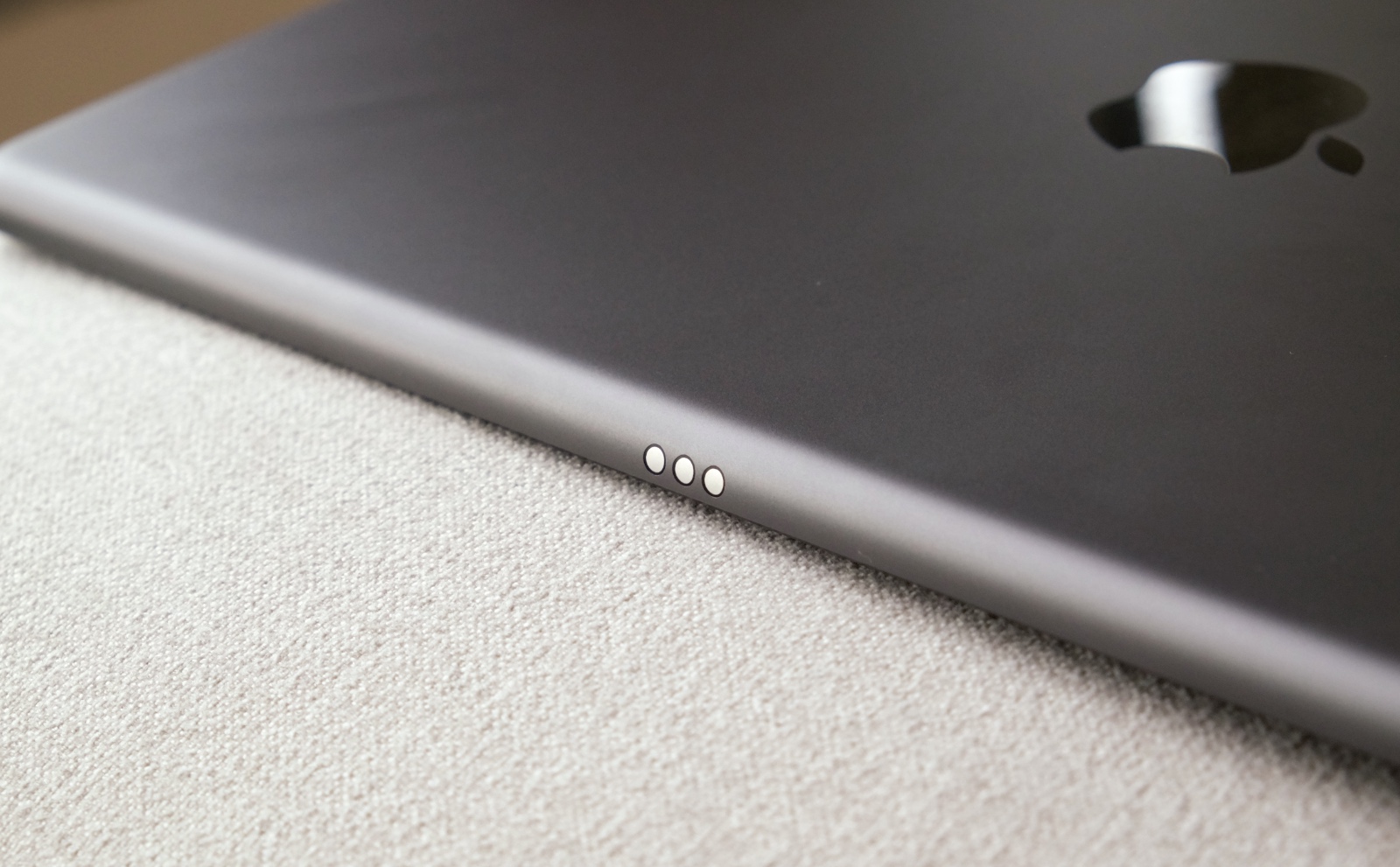 To make it as affordable as possible, Apple has decided to reuse as many components as possible and only update what’s necessary.

Normally, this is not a good thing. But when you are trying to build something that is designed to be as affordable as possible, there are some upsides. Since the chassis is identical, it means owners of the last year’s iPad and even the iPad from the year before can reuse their cases. Accessories can be reused too because this new iPad continues support for Apple’s first-generation Apple Pencil and Smart Keyboard. And because this iPad still has a Lightning port, owners will be able to reuse their charging cables and power adapters. Oh, and this is now the only iPad that has a headphone jack. 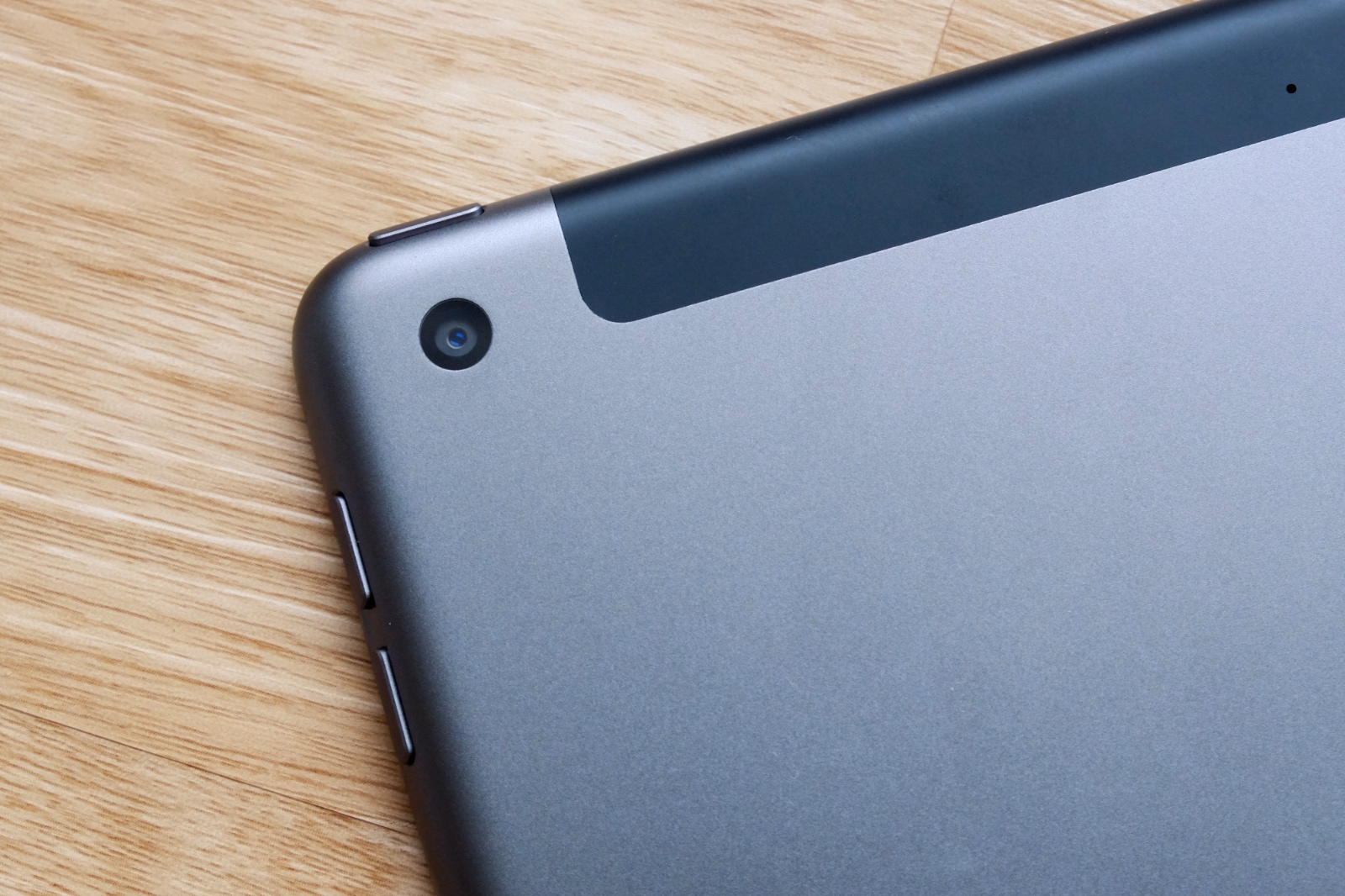 The downside to all of this is that the iPad is starting to look really dated. Those conspicuous bezels above and below the display are relics from another age. And for readers who are concerned about design, those curved edges don’t fit the current aesthetics of Apple’s newer devices like the iPhone 13, iPad Pro, or iPad Mini. 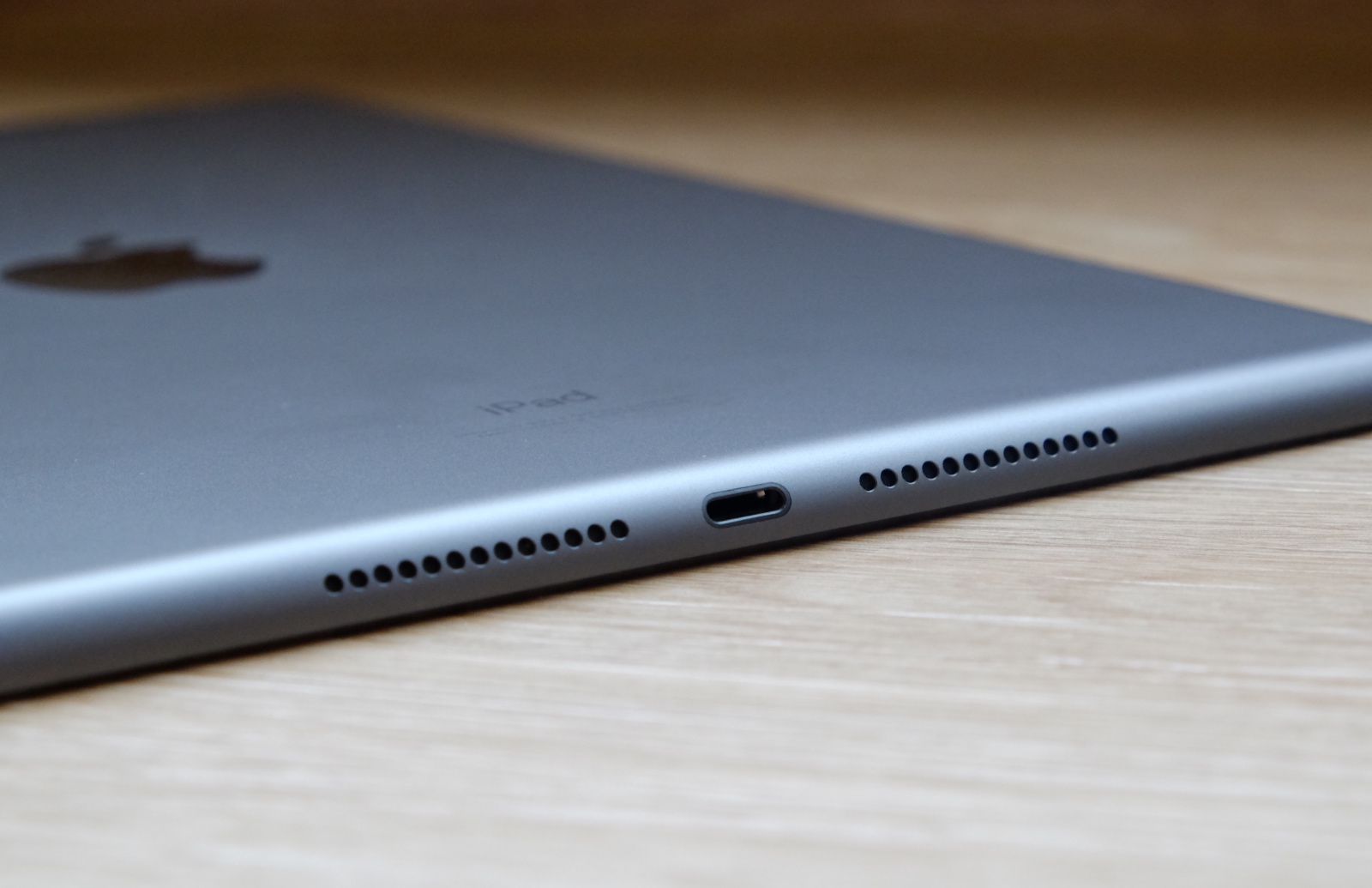 To be fair, none of these things really impinge on your usage of the tablet. Fact is, this iPad does just about all of the things that Apple’s pricier iPads do but perhaps less elegantly. The thing that really gets me though is that its speakers are still on one side. It’s an egregious oversight that I have written about last year. I get that it keeps costs down but if you are like me and mainly use the iPad in landscape mode as a content consumption device, having sound only come out from one side can negatively impact your level of enjoyment. Or maybe I’m just a fusspot. Let me know.

Happily, Apple has updated the most crucial components of the iPad. We begin with the display. It’s still a 10.2-inch Retina display with a resolution of 2160 x 1620 pixels and a pixel density count of 264 pixels per inch, but it now has True Tone technology so it will automatically adjust the display to match the lighting of the room. We take True Tone for granted because it’s become almost ubiquitous but it does make the display look nicer especially if you use your iPad in a place with predominantly warm lighting. Crucially, it looks nice enough and I don't think you'd hear many complaints about sharpness or colours. 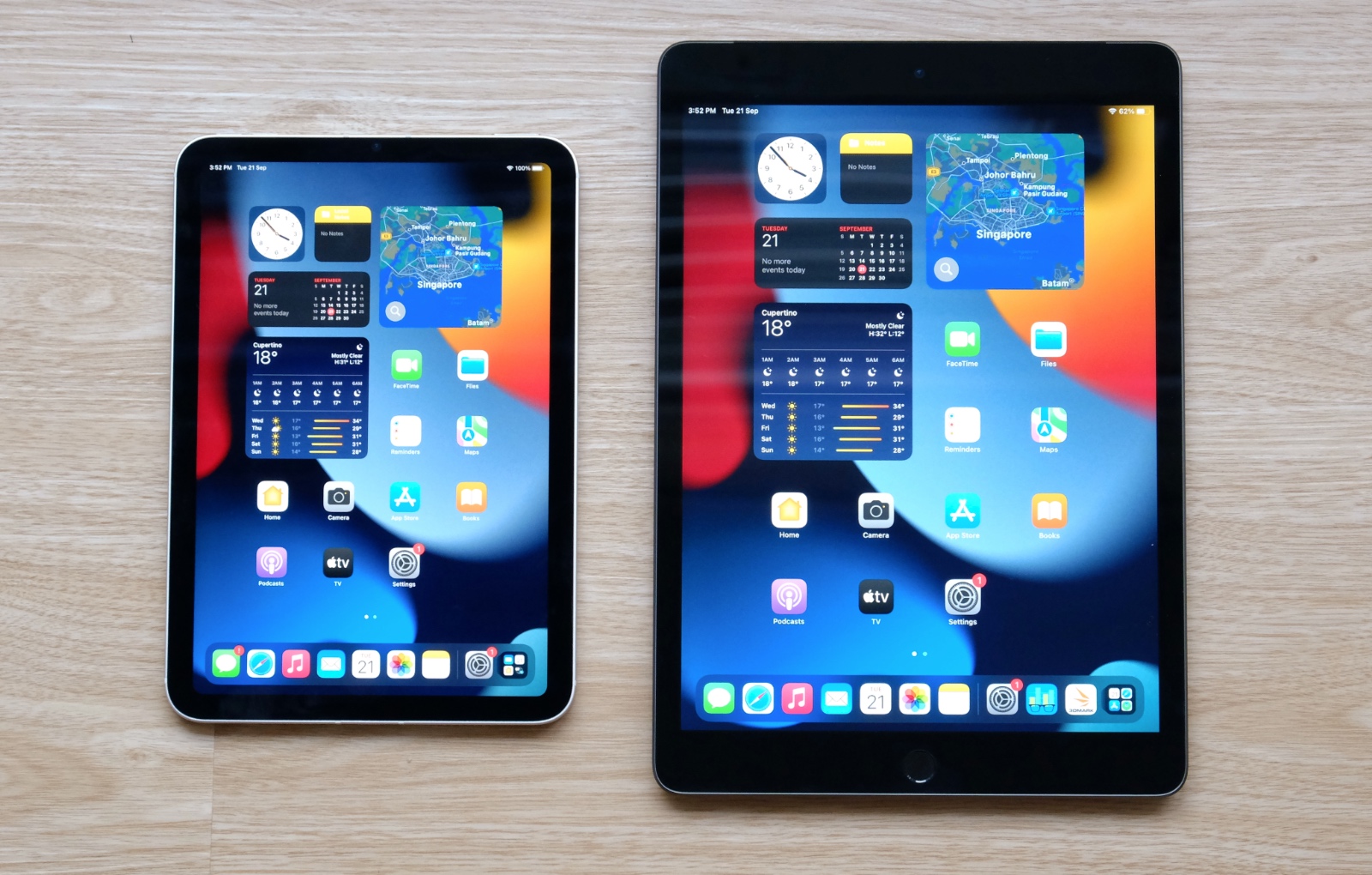 Also new is the front-facing camera. Last year’s iPad had a perfunctory 1.2-megapixel unit that was best described as serviceable. This year, however, Apple has fitted its new 12-megapixel ultra wide unit with a 122° field of view with a camera-tracking feature called Centre Stage. Using machine learning, the camera analyses subjects in the frame, tracks them, and keeps them in the middle of the frame even as they move about.

I have written more about this in my iPad Pro review and you might want to read up more about it. But what you need to know is that it works well and the video quality is quite good. But because what we are actually seeing is a crop, image quality drops very quickly if the lighting is poor. More so, it seems, than the other iPads with this feature because this particular iPad relies on an older generation image processor. Still, it can be a handy tool if you often find yourselves in virtual meetings.

Another major update is the processor. Inside the 9th-generation iPad is the A13 Bionic processor which debuted with the iPhone 11 in 2019. It might be an older processor that’s built on an older 7nm process, but as you’ll see in the benchmark results on the next page, it remains very competitive.

And finally, the last update that Apple has made to the entry-level iPad is more storage. The base model used to only have 32GB of storage which is sad and inadequate. Fortunately, storage now starts at 64GB, which, frankly, still isn’t much, but at least it is twice what it used to have. Also, Apple isn’t charging users any more than it used to – now,  that is surprising. Storage for the step-up model has also been doubled from 128GB to 256GB, but for this model, expect to pay S$80 more than you would last year.

Write a Review
Compare This | Specifications
Great performance
Decent display
Apple Pencil & Smart keyboard support
Compatibility with older accessories
Decent battery life
Dated looks
Speakers on one side
No USB-C port
Accessories sold separately and pricey
Our articles may contain affiliate links. If you buy through these links, we may earn a small commission.
Sponsored Links