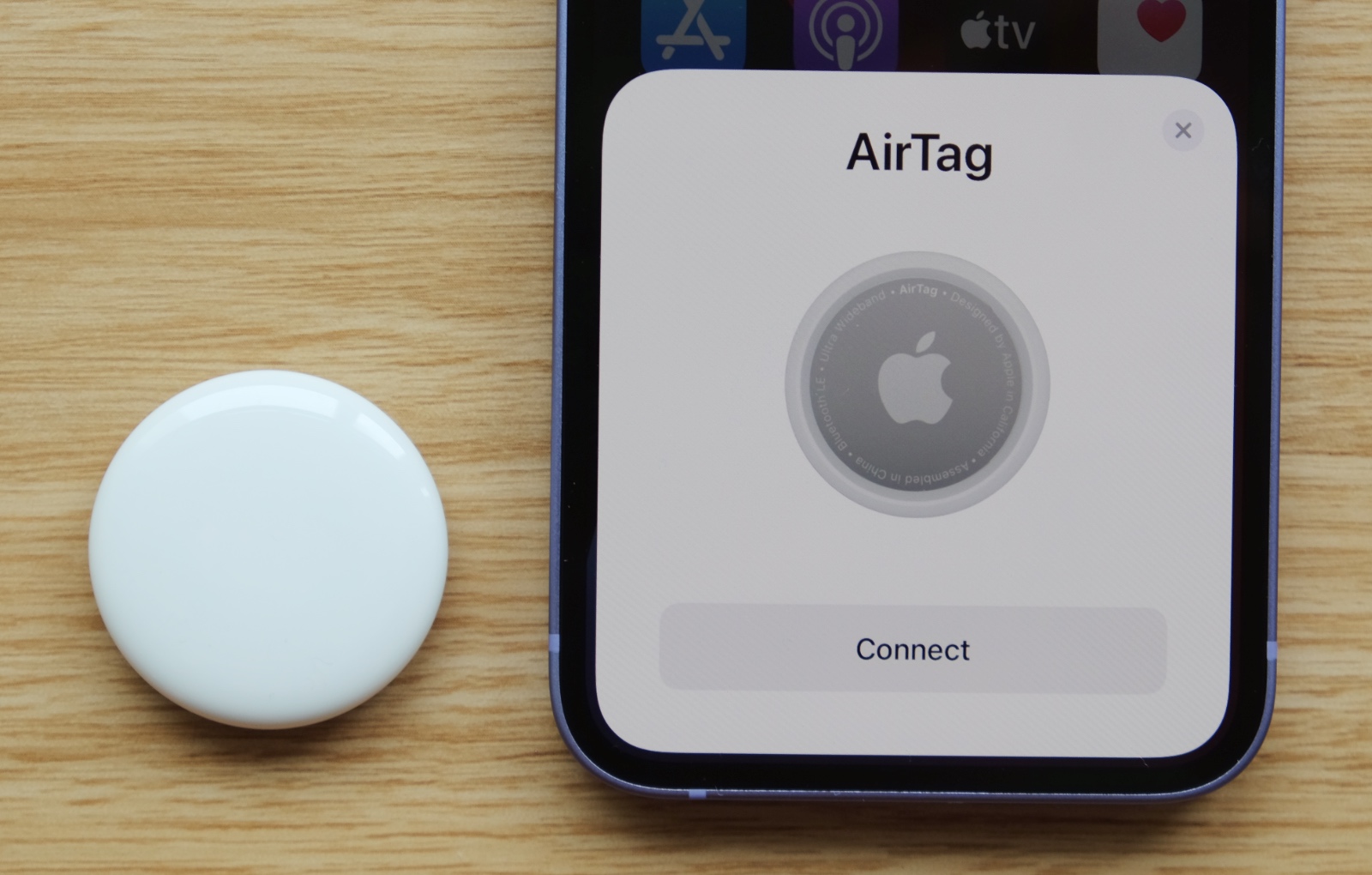 In my first looks article, I was impressed by how precise the AirTag’s Precision Finding feature was. But after spending some more time with it and thinking about it even more, I’m convinced it is the best tracking device Apple users can buy. Let me tell you why.

The AirTag is really small. It’s roughly the size of a large coin or a coat button. It has a white polycarbonate body and a polished metal cover etched with the Apple logo. You can customise your AirTag with engravings on the polycarbonate body. Also, Apple says AirTags have a dust and water resistance rating of IP67 so they can withstand spills and splashes and being submerged in up to a metre of water for up to 30 minutes. 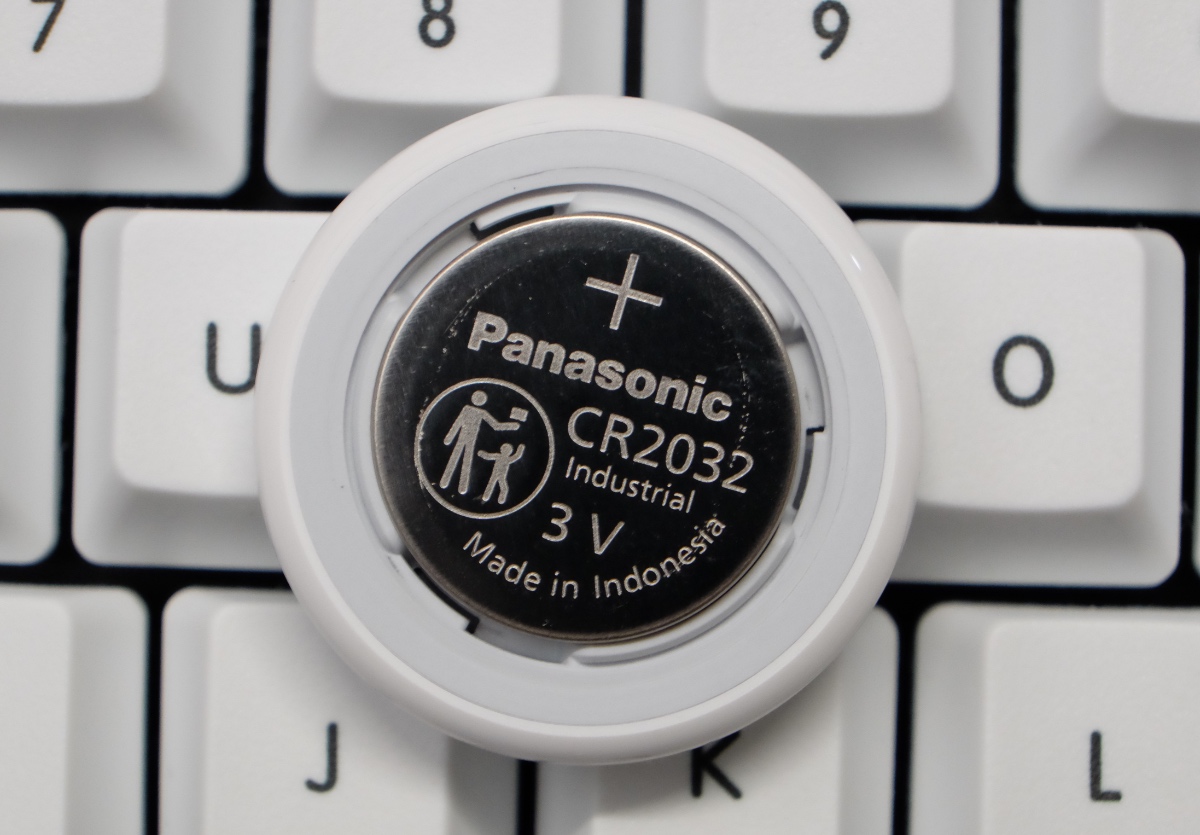 The metal cover is highly polished and it can be easily popped off to reveal the user-replaceable battery within – unusual, I know, for an Apple product. It uses a CR2032 battery which can be easily purchased from any supermarket, general store, or hardware store. Apple claims over a year of battery life with “everyday use”. Obviously, I can’t test that claim. What I can tell you, however, is that the Find My app still shows full battery even after a week of playing around with it. 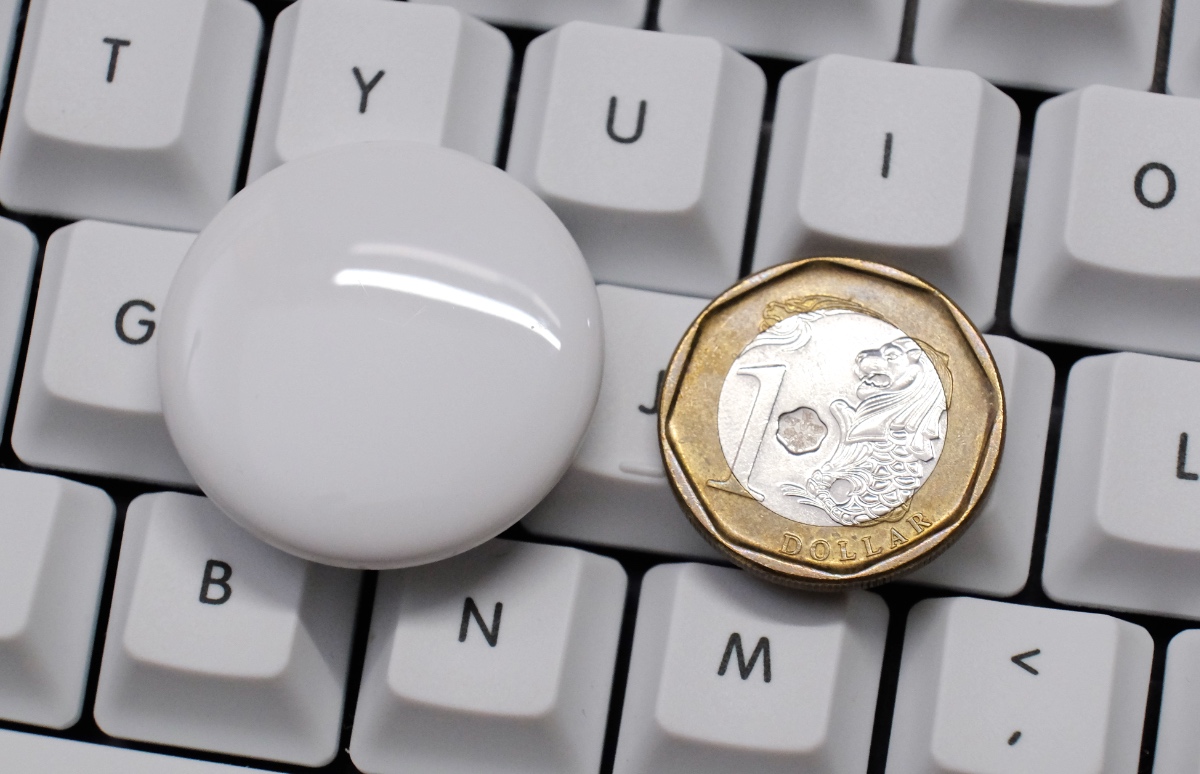 It’s hard to complain about the size of the AirTag. Its compact size means it will slip into bags easily and won’t cause too much of a hindrance when you attach it to things. But therein lies one of its problems. Because it literally looks like a large coin/button and there’s no hole on it, there’s no way to attach anything to it without purchasing a separate AirTag accessory – now that’s very Apple. 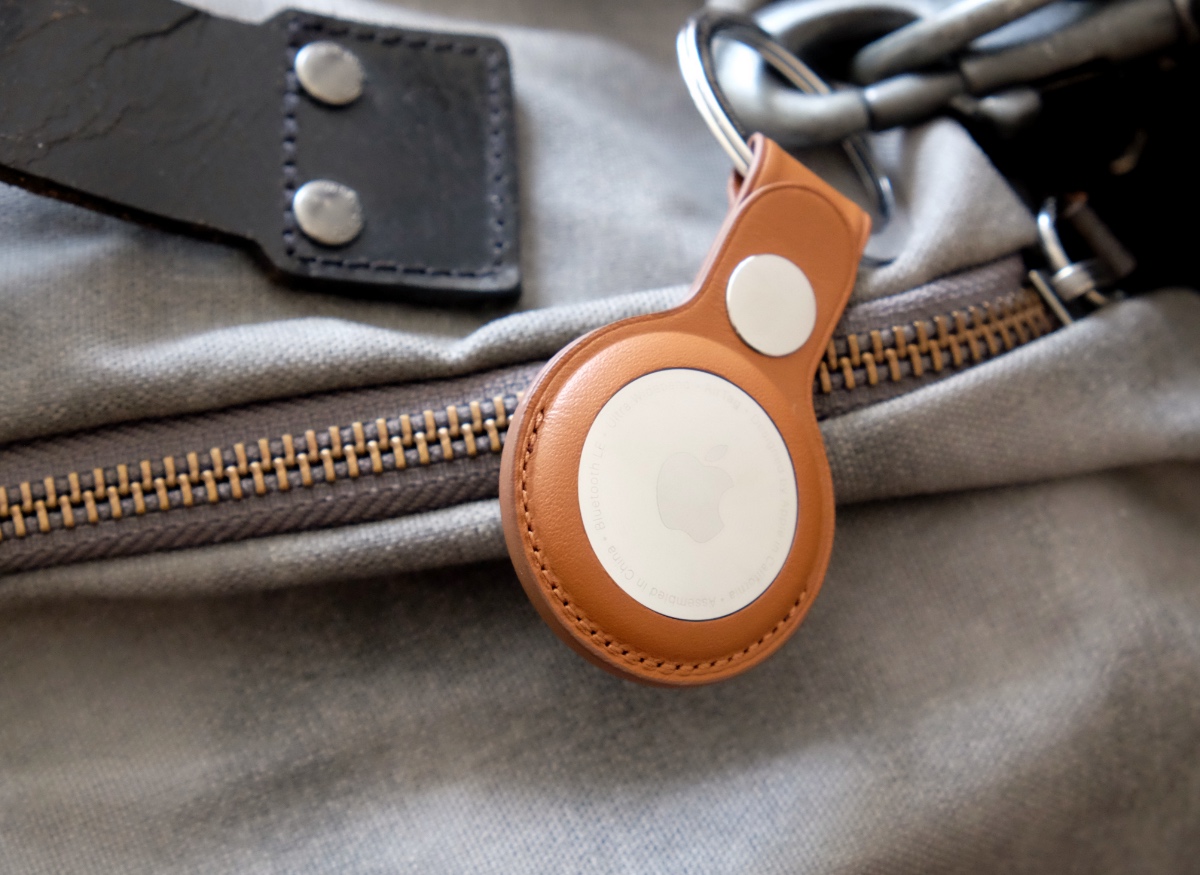 Happily, Apple can aid you with its range of AirTag accessories which includes keyrings and loops. And if you are feeling really fancy, Hermès does too. The quality of Apple's accessories are alright but I would probably shop around for cheaper options – Apple's Leather Key Ring and Leather Loop cost more than the AirTag itself. 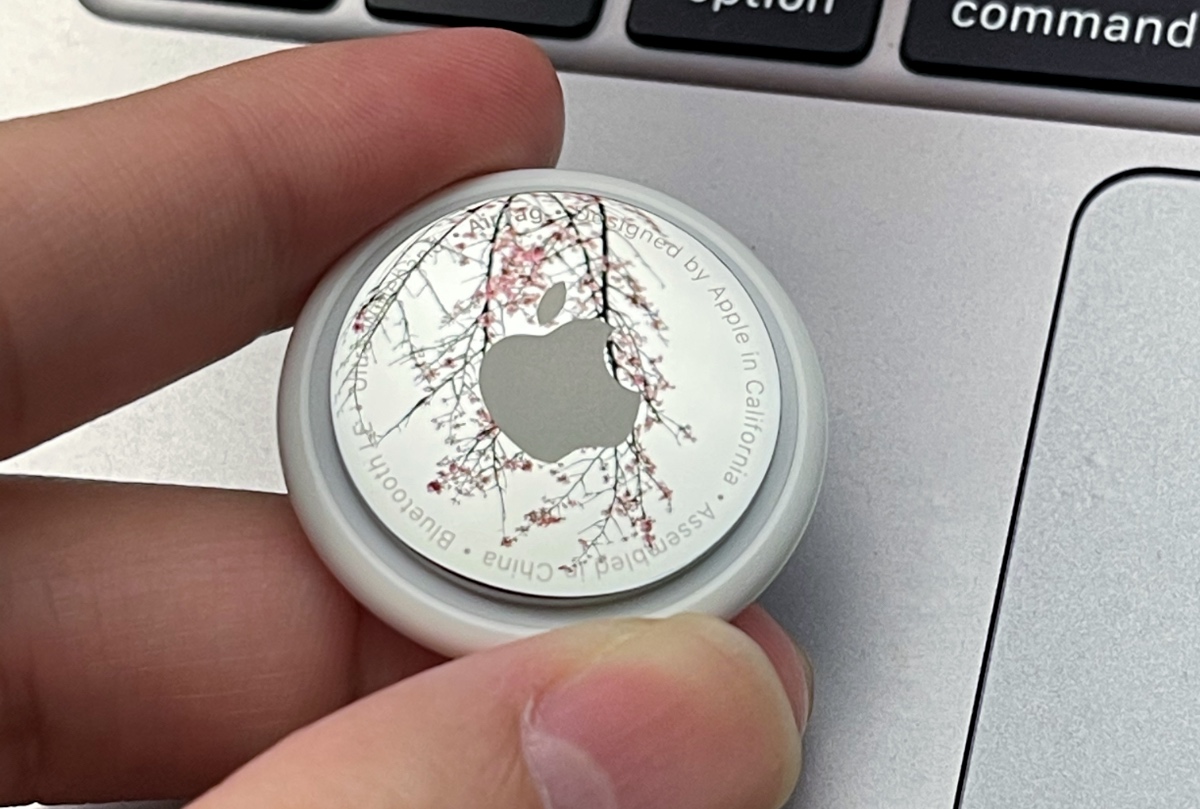 Another thing I noticed with the AirTag is that it develops marks easily. The polished metal cover is an absolute scratch magnet and the white plastic part is prone to scuffs too. It reminds me of the plastics used in those very early iPods. Embrace the wabi-sabi. 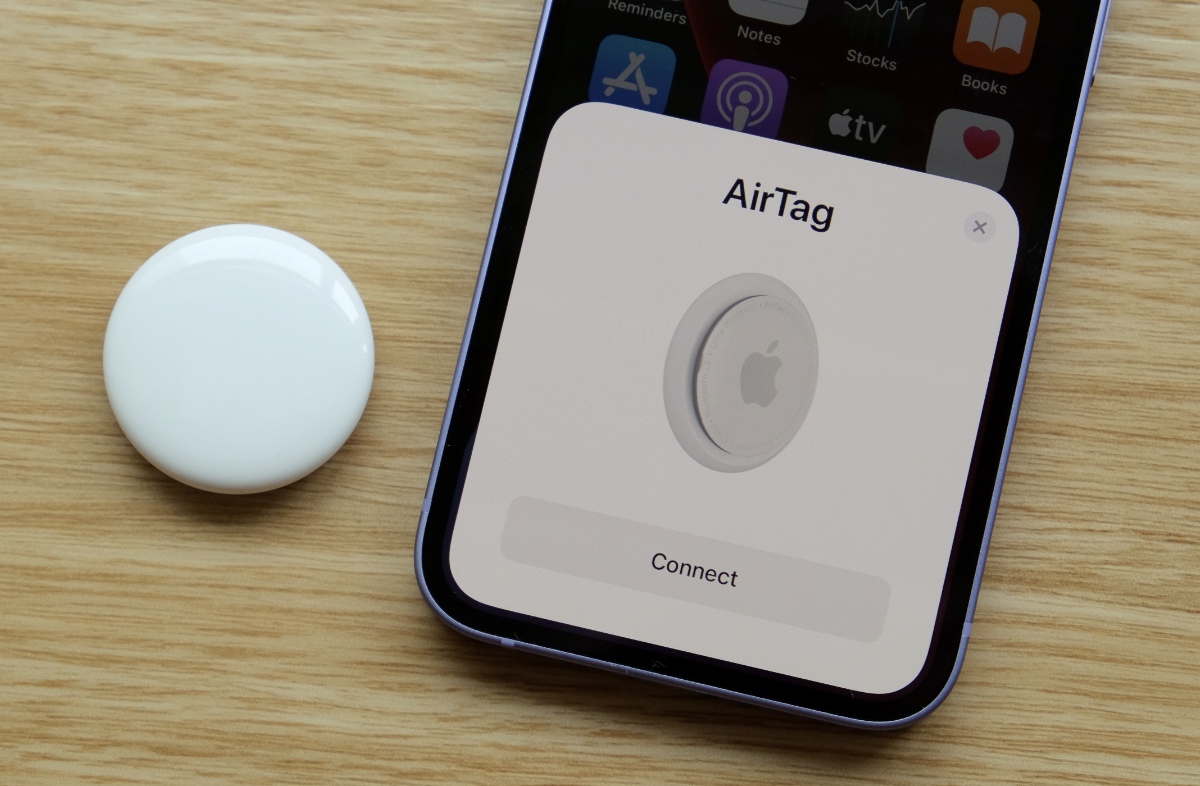 Setting AirTags up is a cinch. Like AirPods, you simply bring them next to your iPhone and a prompt will appear asking if you would like to connect them. Answer to the affirmative and you will be asked to name the AirTags and voila. That’s it. You’ll now see the AirTag appear as a new “Item” in the Find My app. 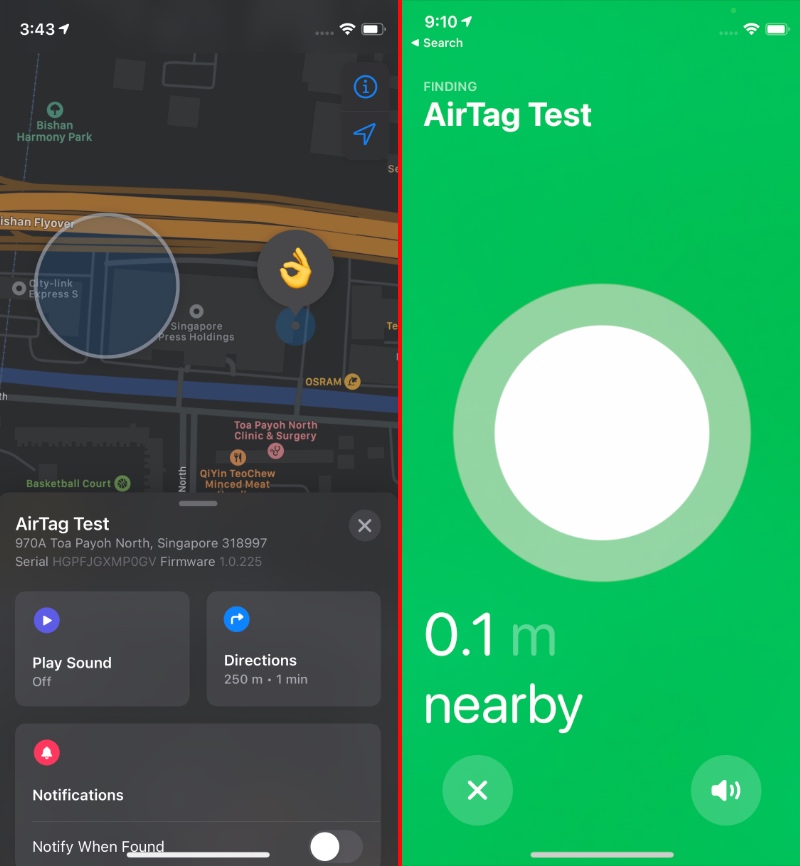 Inside each AirTag is a Bluetooth Low Energy radio and a U1 ultra-wideband (UWB) chip. When you are close enough, Bluetooth will let you ping the AirTag using the Find My app. The tag will then emit a series of high-pitch chirps you help you locate them. It’s surprisingly loud considering how small it is and the fact that it doesn’t have a proper speaker (it uses the polycarbonate cover to produce sound). However, as I noted in my first looks article, the chirps don’t play for long (presumably an effort to conserve battery), so unless you have really sharp hearing, you might need to activate it a couple of times before you can find your AirTag.

How effective is it?

More useful is the Precision Finding feature, which only works with iPhones that have U1 ultra-wideband chips – essentially most iPhones from the last two years. Here’s the full list:

When you activate Precision Finding using the Find My app, an arrow will appear on your screen when you are within range and prompt you towards the AirTag with the direction and distance. It’s impressively precise and can give you a reading down to the tens of centimetres. Here’s a look at Precision Finding in action:

As you can see, Precision Finding is spectacularly effective. The interface is also well-considered. There is a button to get the AirTag to chip and if you look closely towards the end of the video (after I placed the phone on the floor), an icon pops up to let you turn on the torchlight if it senses the environment is dark.

Bluetooth range will vary depending on the environment but I managed to ping my AirTag and get it to play sounds from about 15 metres away. As for Precision Finding, my experience is that its range is generally shorter. Detection often happens at around 8 metres and precise directional prompts usually only appear when you are down to 5 to 6 metres.

But what’s even more impressive is how AirTags continue to work even when you are out of their range. AirTags periodically broadcasts a secure Bluetooth signal that can be picked up by other devices in Apple’s Find My network. And when other devices pick up on this signal they can update the AirTag’s location to iCloud, allowing their owners to find them through the Find My app.

Think of it as crowdsourced finding but with the power of nearly a billion devices – that’s the number of devices Apple claims is on the Find My network. And since the location is updated to iCloud, you can check on your AirTags location using any Apple device that’s signed in to your iCloud account.

And if you have really lost your item and AirTag, you can put the AirTag to “Lost Mode”. In this mode, you’ll get a notification if another device in the Find My network gets close enough. Lost Mode also activates Pairing Lock so that no one else can claim the AirTag. Lastly, it gives owners the option to leave their phone number and a brief message so that if somebody comes across the missing AirTag, they can tap it with their NFC-enabled device to see the owner’s contact details – yes, Android phones with NFC can do this too

As impressive as these features are, there’s room for improvement. I think what most people would like to see added to the AirTags are vertical directional cues. Right now, the directions are two-dimensional and there’s no prompt to tell you if the AirTag is above or below you. I did see a prompt that says the AirTag might not be at the same level as you, but what I think most people want to see is the same precise directional cues telling them how high or how low to look. 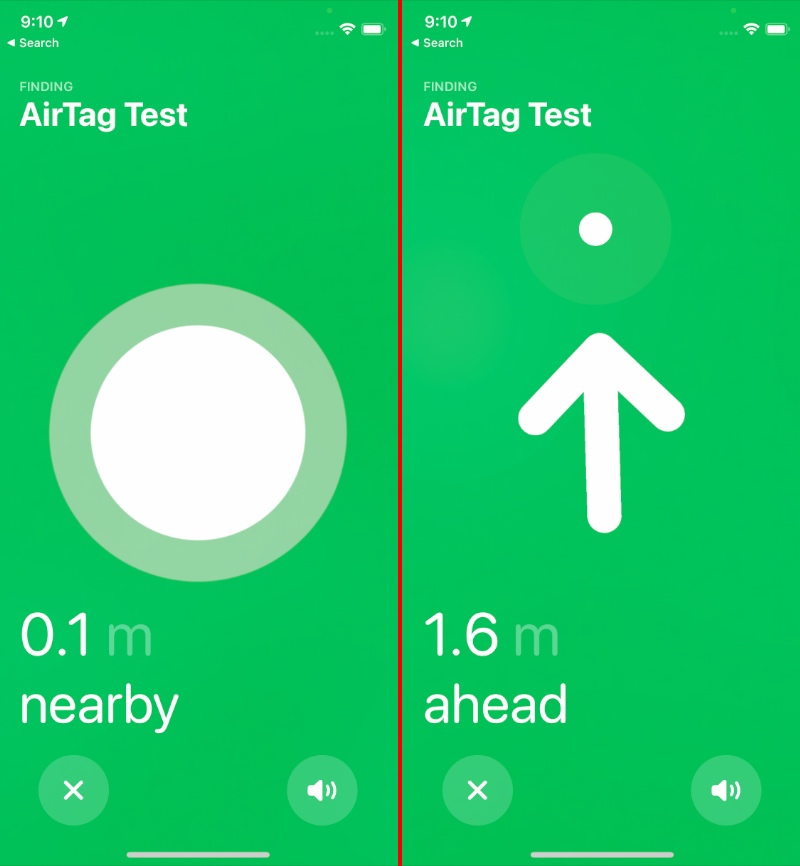 It is precisely for these reasons that, no, the AirTags aren't suitable for figuring out where you parked your car. There's no way of telling which floor you left your car and by the time Precision Finding kicks in, you would have most probably already seen your car. Apple, please look into this for the second iteration of AirTag.

The AirTags were designed with a great amount of thoughtfulness to security and privacy. To start, only owners can see the location of their AirTags, and the AirTags themselves never store location data and history. The unique Bluetooth identifiers used are also cycled frequently so AirTags cannot be tracked from place to place.

And when the Find My network is used to locate an AirTag, the signals broadcasted are encrypted and invisible. This means devices that relay the signals to the Find My network never know that they are doing so and cannot access the data to find missing the AirTag. Apple themselves also don’t even know which devices are doing so and cannot access the location data.

Apple also considered that some owners might use the AirTags for nefarious purposes – such as for tracking people – and built features into them to prevent that from happening. iOS devices can detect AirTags that have been separated from their owners and following you. So if an AirTag belonging to someone else is following you, an alert will appear on your phone that says “AirTag Found Moving With You” and guide you to it. And although Android users won’t see this prompt on their phones, an AirTag that’s been separated from its owner will begin playing a sound whenever it is moved so that people are alerted to its presence. Once you’ve located the AirTag, you can either dispose of it, remove the battery to disable it, or, you could scan it with an NFC-enabled device to reveal its serial number. The serial number can then be used by authorities to trace the AirTag to its owner.

Apple says the AirTag was designed to track items and not people. But considering its effectiveness and accuracy, I can foresee it being an invaluable tool for pet owners and parents of young children. Imagine how helpful it can be if you somehow get separated from your toddler at a crowded place or if your pet dog dashes out of the door and scoots off in search of who knows what.

Can anything top this?

A single AirTag is S$45 and a pack of four is S$149. Obviously, if you need more AirTags, it’s more economical to get a pack of four. Surprisingly, the AirTags are not exorbitantly priced considering Apple pricing history and that Tile’s trackers are going for around the same amount.

Tile’s trackers are arguably Apple’s biggest competition. The two work in similar ways except Tile doesn’t leverage Apple’s Find My network. Instead, it has its own Tile network which consists of other Tile users. Tile claims to have sold over 26 million trackers which means no matter how you look at it, Apple’s network is far more extensive, even if the Tile network does have the advantage of including Android users – only Apple devices are on the Find My network. 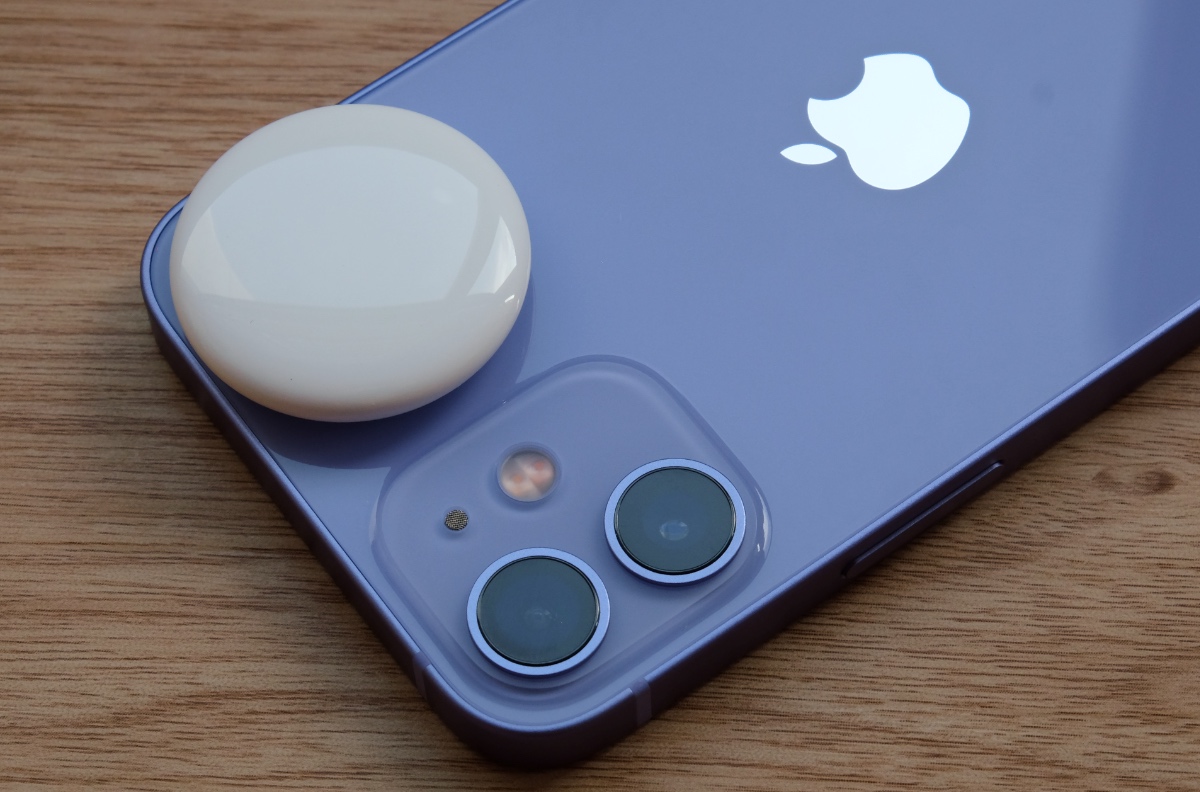 When you put it all together and it’s easy to see why the AirTag is easily the best Bluetooth tracking device for iPhone owners. The ease of use, its effectiveness, the ability to call on nearly a billion devices in the Find My network, and all of its privacy and security features, make it a very compelling option. If you use an iPhone and you’re always misplacing your things, the AirTag is a no-brainer.