One of the reasons why the new iMac is so thin is because it’s powered by Apple’s own M1 silicon. I wrote about the M1 processor in great detail in my earlier 13-inch M1 MacBook Pro review so I urge you to head over to read. But here are the high-level details:

The secret sauce is said to be its unified memory architecture, which means its pool of fast memory is shared by all components of the chip which negates the need for copying and moving data around and improves performance and power consumption. What will be interesting to see is how it’ll perform compared to the 13-inch M1 MacBook Pro. Sadly, I don't have a 21.5-inch iMac on hand to compare results. 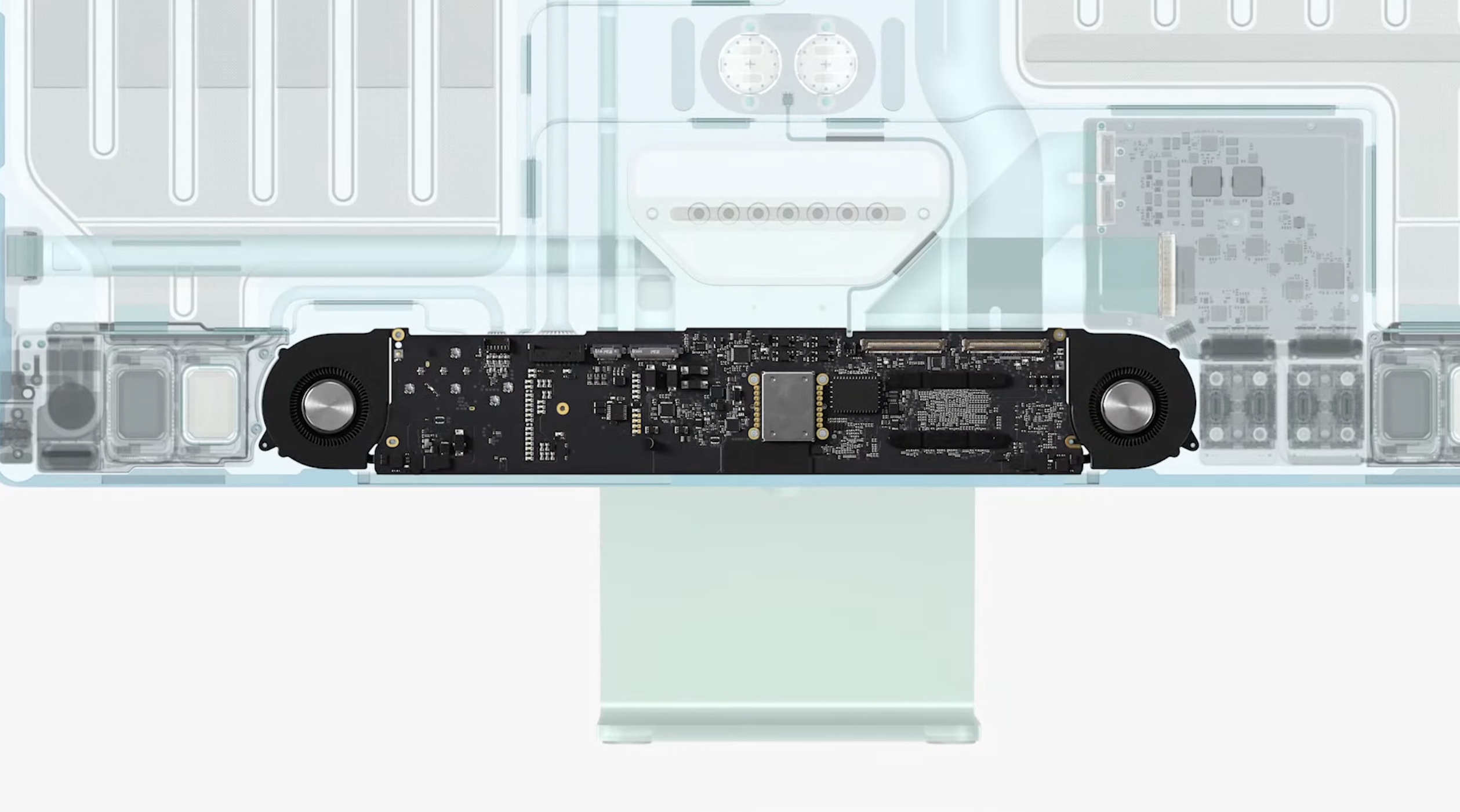 I should point out at this point that Apple is offering two distinct variants of the iMac. Though both are powered by the same M1 chip, the base model comes with a 7-core GPU while there’s a step-up model that has an 8-core GPU. Apple did the same with the M1 MacBook Air.

GPU core count aside, there are some differences in their cooling systems. The model with a 7-core GPU uses a heatsink and fan combo whereas the 8-core GPU model uses a more elaborate system with two fans connected by a heat pipe. But if it’s anything like the M1 MacBook Air, then the difference in performance should be quite small. That’s good news because you can add memory and storage to the 7-core model to spec it up if you desire. The unit that I'm testing is the 8-core GPU model with its memory upgraded to 16GB. 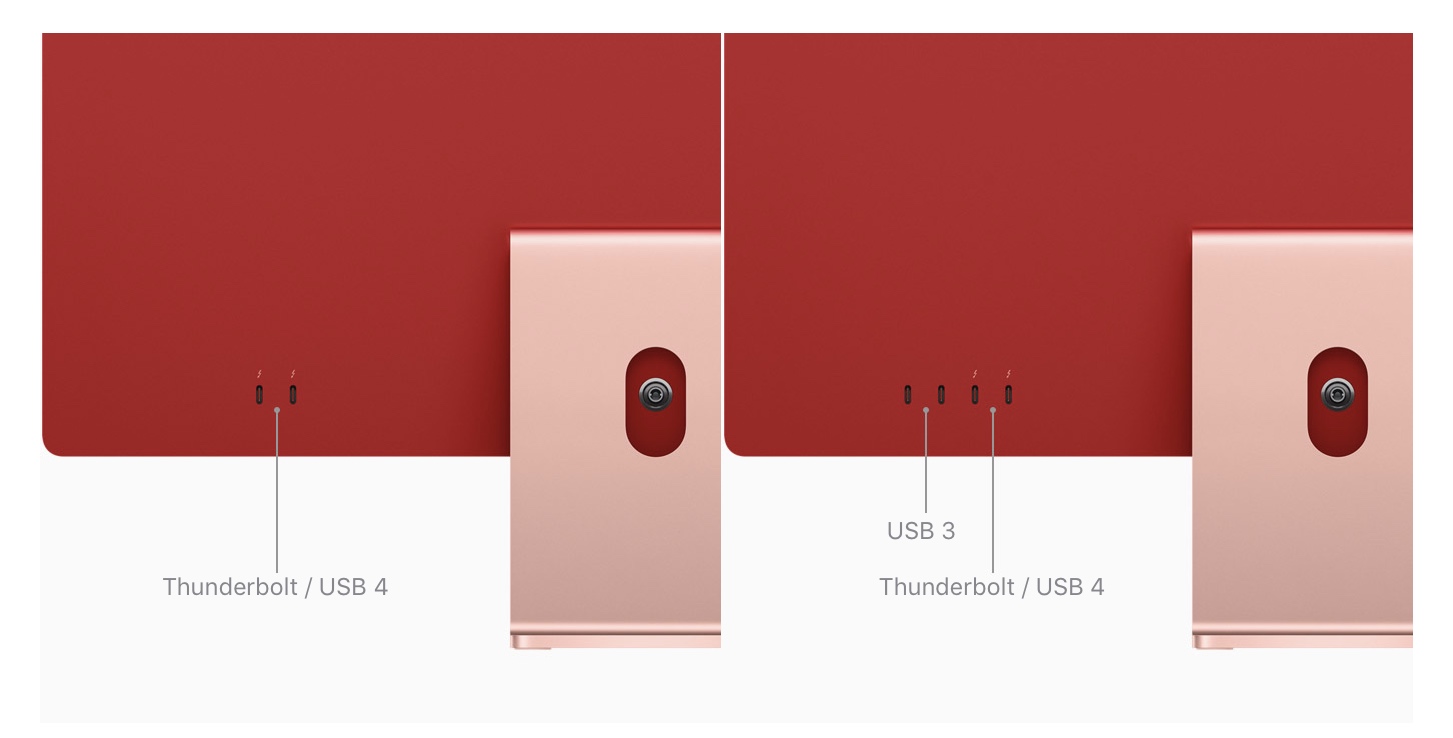 The 8-core GPU model also comes with Gigabit Ethernet connection as standard, though not where you might expect. To help users create a desk that’s as free of clutter as possible, the Gigabit Ethernet port is integrated into the power adapter. You can opt to add this to your 7-core GPU model for an additional S$40. You don’t really need this unless you are a stickler for connectivity performance because this new iMac supports Wi-Fi 6. 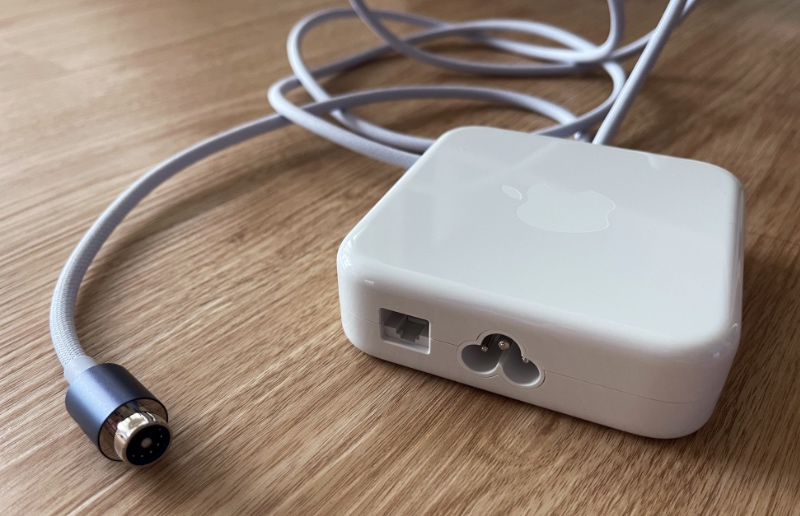 Speaking of power, the new iMacs also has a new power connector which is probably necessitated by its incredible thinness. It now uses a more compact connector that attaches magnets. Oh, it’s also colour-matched to complement the iMac. So if your iMac is purple like mine, you'll get one that comes with a purple cord.

Finally, though the iMac comes in seven colours, three of them are exclusive to the 8-core GPU model and they are yellow, orange, and purple. If your favourite colour is one of these, tough luck.

Additionally, the 24-inch iMac comes in three off-the-shelf configurations and they are:

Everything in matching colours 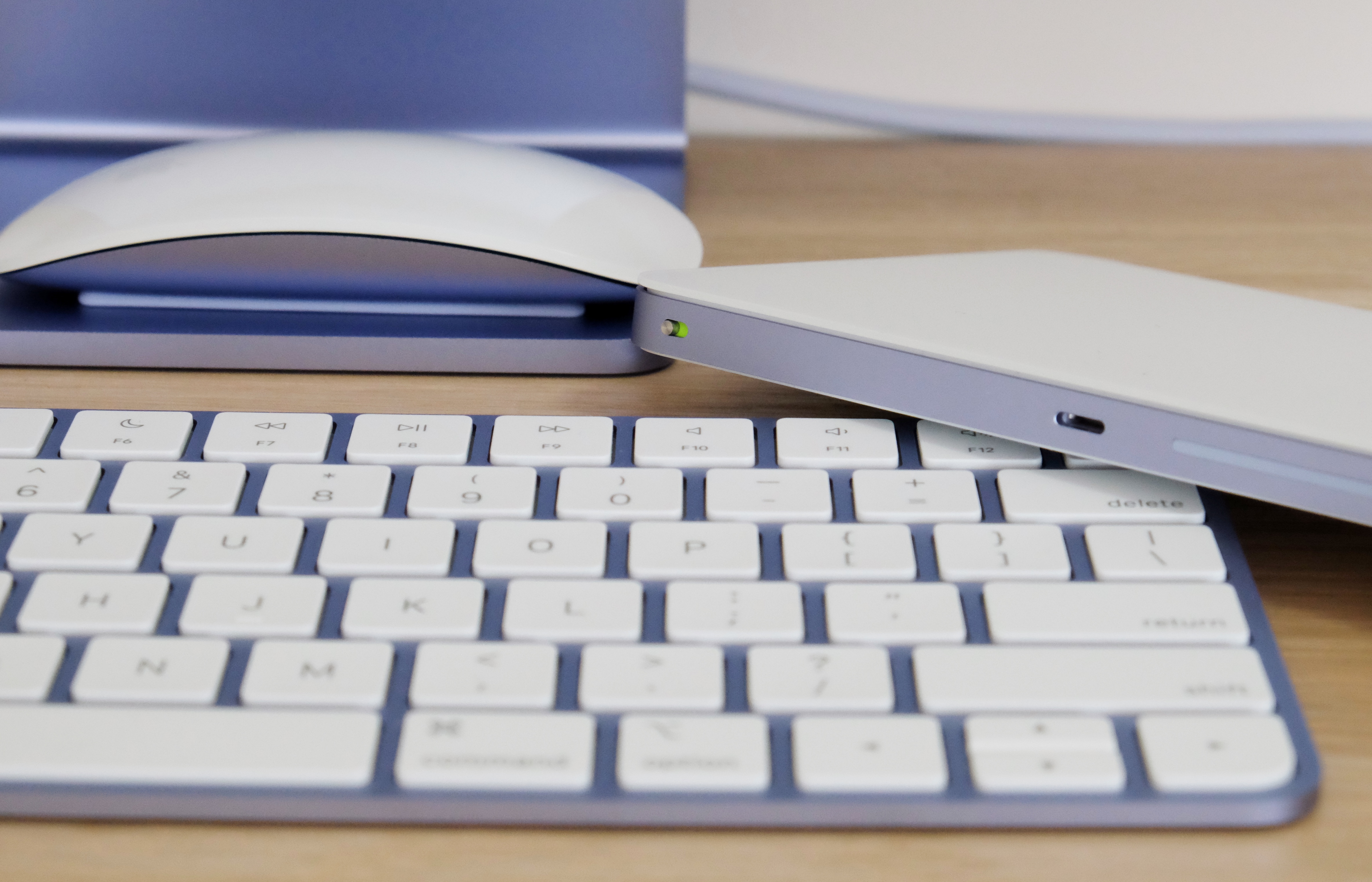 When you receive your iMac, the first thing you’ll notice is that even the carrying strap on the box is in the same colour as the iMac. And upon opening the box, you’ll find matching colour Apple logo stickers and matching coloured accessories.

The Magic Mouse and Magic Trackpad are largely unchanged – the only difference is the new colour. The Magic Keyboard, on the other hand, has been redesigned with dedicated keys for emojis, Spotlight, Do not Disturb, and Dictation. And if you order the step-up iMac model with 8-core GPU, the Magic Keyboard that comes with it has a Touch ID sensor in the top right corner. The Magic Keyboard still comes in two sizes – a larger one with a numpad and a compact one without numpad. 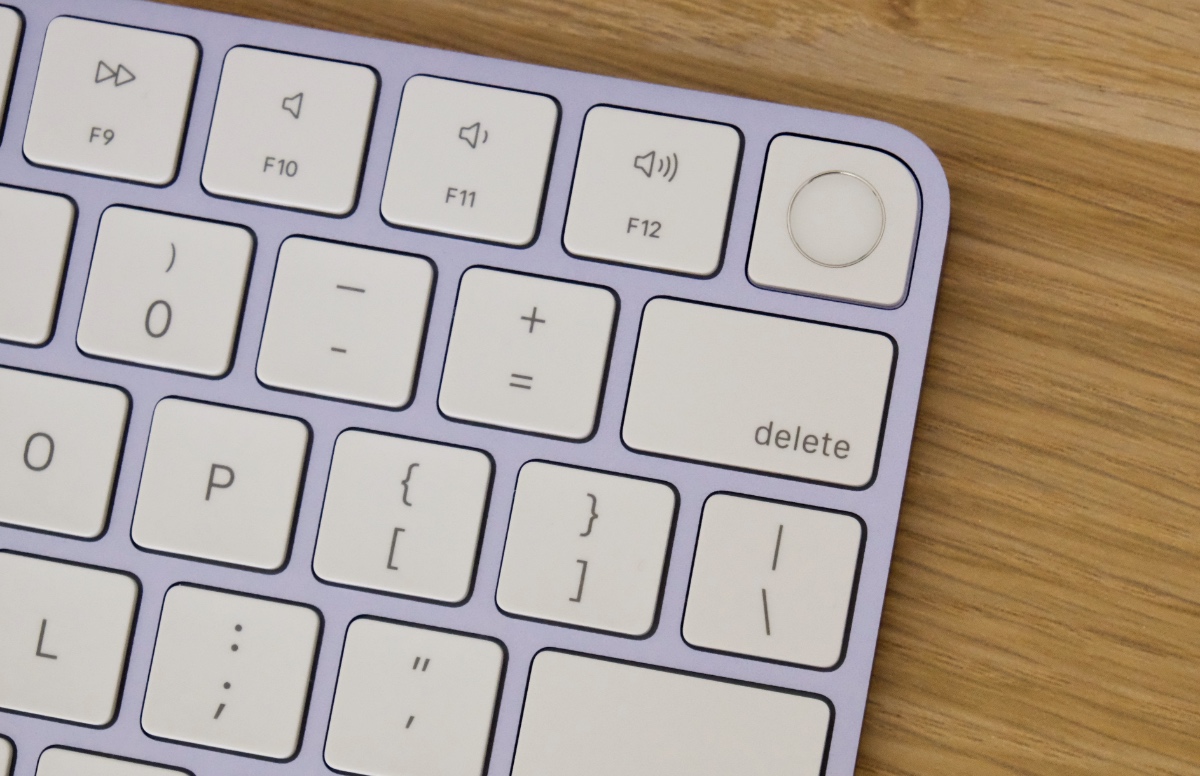 If you have ever used a Magic Keyboard from Apple, the feel is largely similar. Similar to most modern Apple keyboards, this new redesigned Magic Keyboard has a scissor-switch and rubber dome mechanism. It feels tactile but there’s not much key travel and the keycaps are flat which don’t guide your fingers when you type. That said, the Touch ID button makes logging in and paying for stuff online using Apple Pay a breeze. The keyboard charges via Lightning and battery life is rated at over a month.

The Magic Mouse is largely unchanged too, which also means the Lightning charging port is still on the underside of the mouse. Even though Apple says the Magic Mouse can last for about a month on a full charge, it does mean that when the time to charge inevitably comes, you can’t use the mouse and charge it at the same time.

I’m going to lay my cards on the table and say that I have never been a fan of Apple’s input devices. I prefer my keyboards to be more tactile and my mouse to be more customisable. That said, I think many iMac owners will be perfectly happy with the Magic Keyboard and Magic Mouse and doubly so if they are concerned about aesthetics – because their colours match, they look great next to each other.