I tested the MacBook Pro using our standard benchmarking utilities, which meant that I had to install Windows 10 using Bootcamp. This will allow me to peg its performances against comparable Windows notebooks that we have reviewed.

To get a gauge of where the new 15-inch MacBook Pro stands, I included results from the LG Gram 15, ASUS G501 and HP Omen. All three are slim 15-inch notebooks, with comparable design elements and performance. The Gram 15 is super slim and light; while the ASUS and HP,  though a little old, should still serve as a good reference for the new MacBook Pro’s performance. However, it found itself thoroughly trumped by the ASUS G501 and HP Omen. On average, the ASUS and HP notebooks were about 50% faster than the 15-inch MacBook Pro even though they were powered by aging mobile GPUs. Clearly, the Radeon Pro 450 GPU in the MacBook Pro isn’t great for gaming. Power consumption stands at 26.82W, which is just about on a par with the ASUS G501. Bear in mind that the ASUS G501 has a more power hungry GPU and it also has a 4K display. This seems to suggest that 15-inch MacBook Pro isn’t quite as power efficient it should have been. On the portability front, the new 15-inch MacBook Pro did well as it was the only 15-inch notebook to manage a ratio of more than 1.00. That said, if portability is your utmost priority and you don’t mind sacrificing some performance, the 13-inch MacBook Pro is a much better bet. Personally, the 13-inch MacBook Pro has enough computing power for my needs. And the only reason I would consider the 15-inch MacBook Pro is: a) for its gorgeous 15-inch display or b) I was swimming in cash. 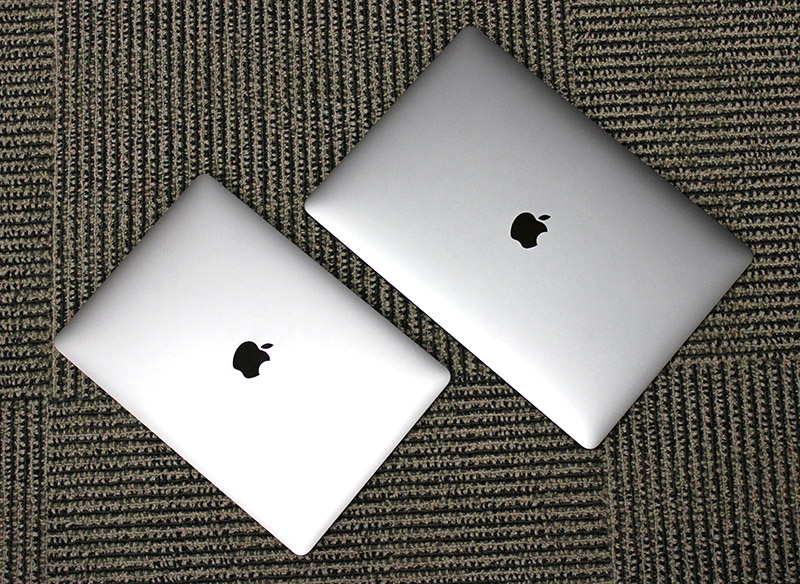 Speaking about cash, the new 15-inch MacBook Pro notebooks are pricey machines. The entry-level that I’m testing comes in at S$3,388, while the top-of-the-line off-the-shelf model is an eye-watering S$3,948. At these prices, let me remind you that there are loads of 15-inch Windows notebooks that are far more powerful. Of course, they aren’t running macOS, but if all you want is computing power, then that’s something to think about.

To sum up, new 15-inch MacBook Pro are very capable machines, but also flawed in the same ways as their smaller 13-inch siblings. The lack of commonly used ports and an SD card reader is going to be a hassle for most users. But most of all, I’m not entirely sure that going with AMD’s new Radeon Pro GPUs is the best choice given that their graphics performance isn’t convincing at all. Don't forget that the 'professional' nature of these GPUs also add to the sticker price of the new 15-inch MacBook Pro - perhaps unnecessarily more? That all boils down to what you intend to do with these machines and if the "pro-grade" graphics is worth your while.

Furthermore, it seems like power consumption isn’t that much better even when compared to gaming notebooks using older NVIDIA GPUs. A colleague of mine is currently working on reviewing 15-inch gaming notebooks outfitted with NVIDIA’s latest 10 series GPUs and I found the notebooks to feature the new GeForce GTX 1060 to consume more or less the same amount of power as the 15-inch MacBook Pro - around 20W to 30W.

On the flip side, the new 15-inch MacBook Pro is a really well-built machine and it is also one of the more portable 15-inch notebooks around. In addition, general computing performance is really good, the new Touch Bar can be useful, and I really like the keyboard and the extra large trackpad. If you can stomach the high prices of the new 15-inch MacBook Pro notebooks, and don’t mind the weak choice of GPUs, they are nice notebooks to have.