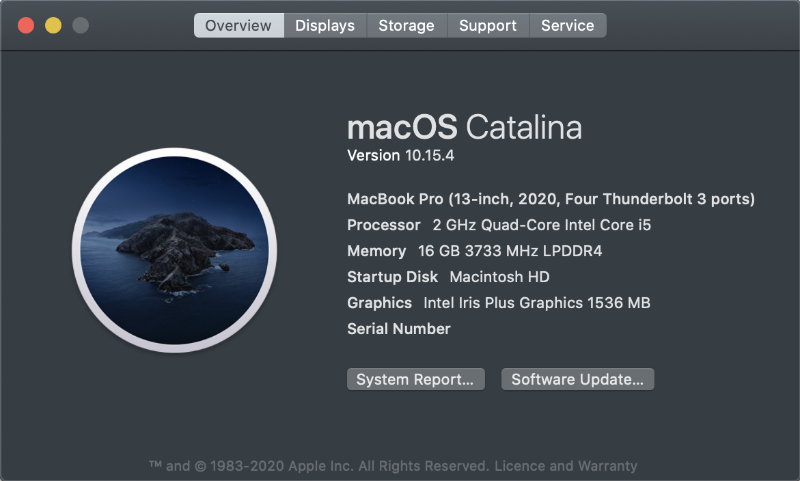 The unit I’m testing is the higher-end model with four Thunderbolt 3 ports, a quad-core Core i5 processor, 16GB of memory, and a 512GB SSD. It’s a rather powerful configuration and it will be interesting to see how it stacks up against the 16-inch MacBook Pro and the new MacBook Air. I also included results of the 2-port 13-inch MacBook Pro from last year. This should give you a good idea of how the 2-port models will perform since it has the same 8th generation quad-core Core i5 processor.

Like its predecessors, the new 13-inch MacBook Pro is powered by a custom chip from Intel. It has now be revealed that Core i5 chip found in the 4-port models is the Core i5-1038NG7. This is an Ice Lake chip, which means it’s built on Intel’s newer 10nm process. The big news is here is the use of Intel’s more powerful G7 Intel Iris Plus Graphics. This particular integrated GPU has 64 execution units, which is 33% more than the Iris Plus Graphics 655 found in the last generation MacBook Pro. Thanks to this new integrated GPU, the new 4-port 13-inch MacBook Pro is able to drive Apple’s 6K Pro Display XDR. Also, Apple claims the new MacBook Pro can offer up to 80% faster graphics performance. 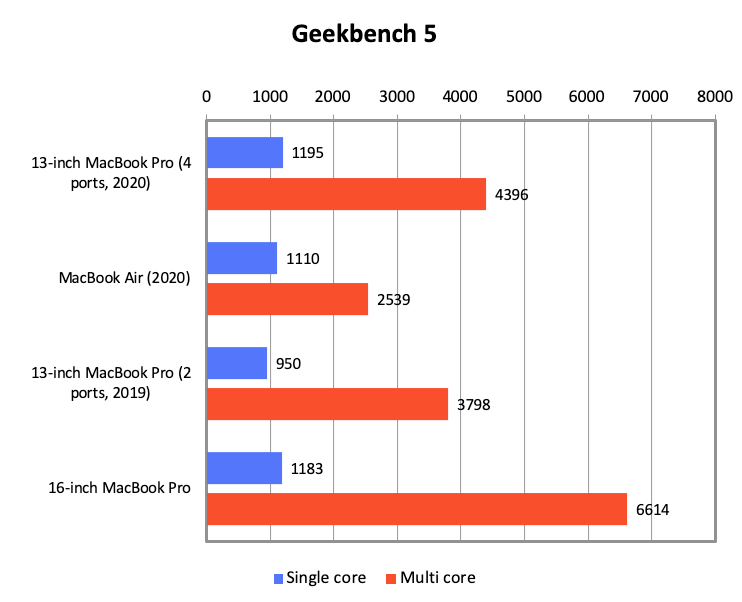 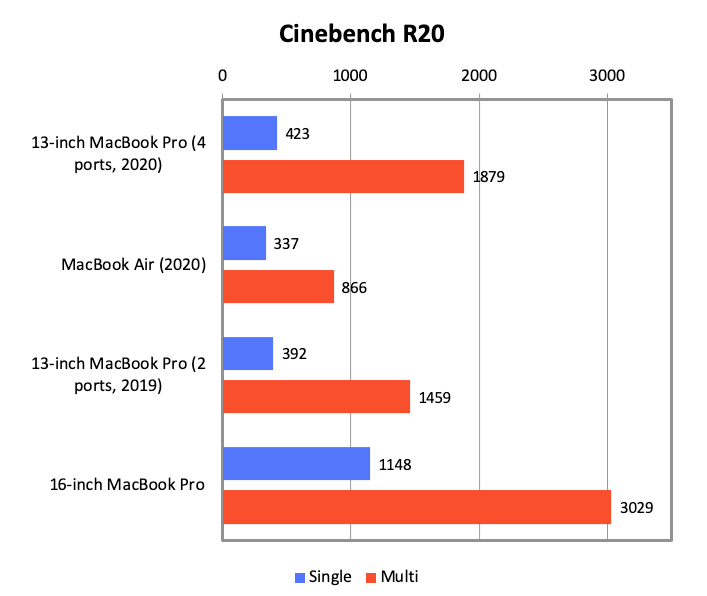 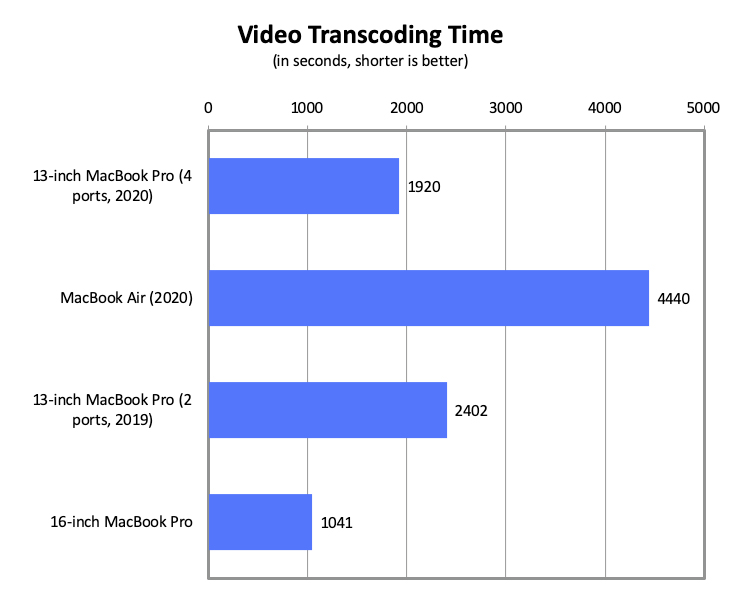 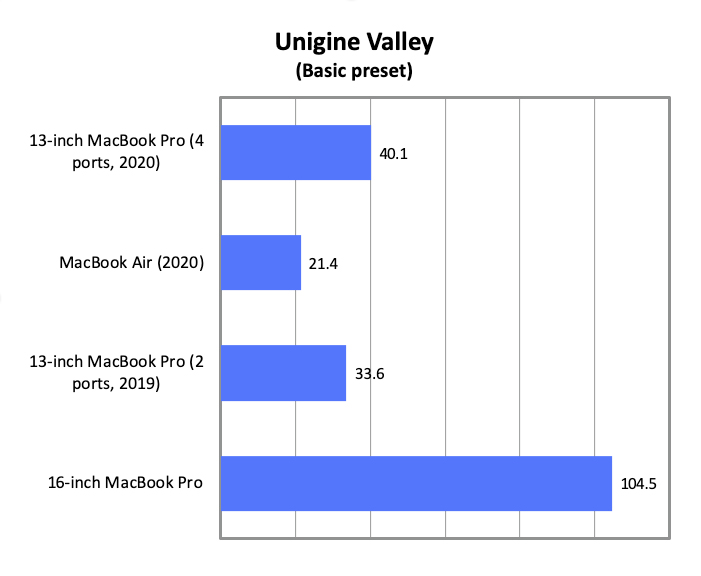 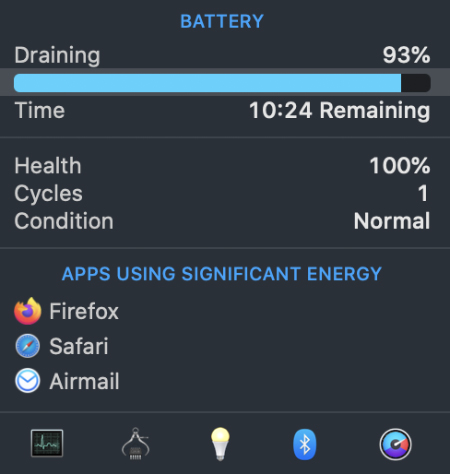 Depending on what you are running, battery life isn't half bad either. The 13-inch Macbook Pros have 58Wh batteries and they are using 28W CPUs so they are always going to last shorter than the MacBook Air. Nevertheless, I could get around 8 hours with my usual suite of apps (Safari, Firefox, Airmail, Pages) running and with the display nearly maxed out in brightness. 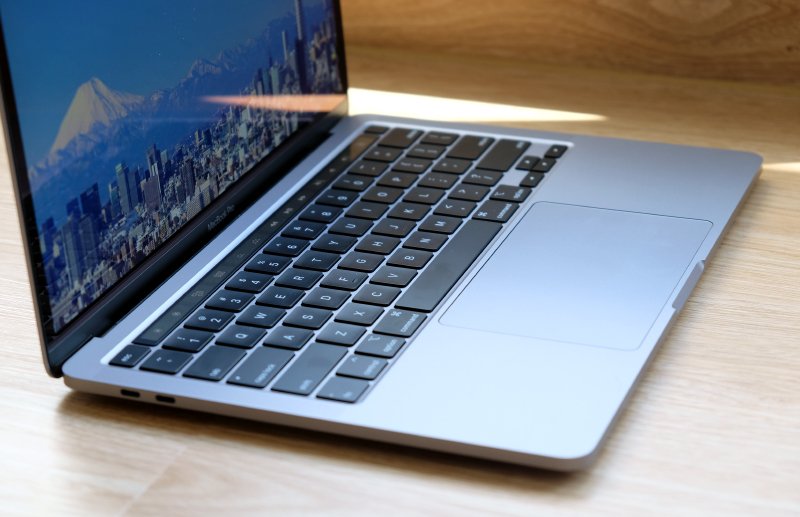 This round of updates to the 13-inch MacBook Pro has been one of the more significant in some time. Obviously, the new Magic Keyboard plays a big part but that’s mostly because of the shortcomings of the old butterfly-switch mechanism keyboard rather than the actual brilliance of the Magic Keyboard. The Magic Keyboard is good but we won’t be where we were if not for Apple’s insistence in persevering with the old butterfly-switch keyboard even when it was clear that users didn’t like it and it was unreliable.

What’s more noteworthy to me is the performance of the new 10th generation Core processor, which is really good, and also the fact that Apple doubled both the memory and storage of higher-end 13-inch MacBook Pro models with four Thunderbolt 3 ports. Not only does it make this generation of 13-inch MacBook Pros better value, but it also puts it more in line not just with the needs of its intended users but also with competing Windows notebooks where 16GB of memory and 512GB of storage are steadily becoming the norm. 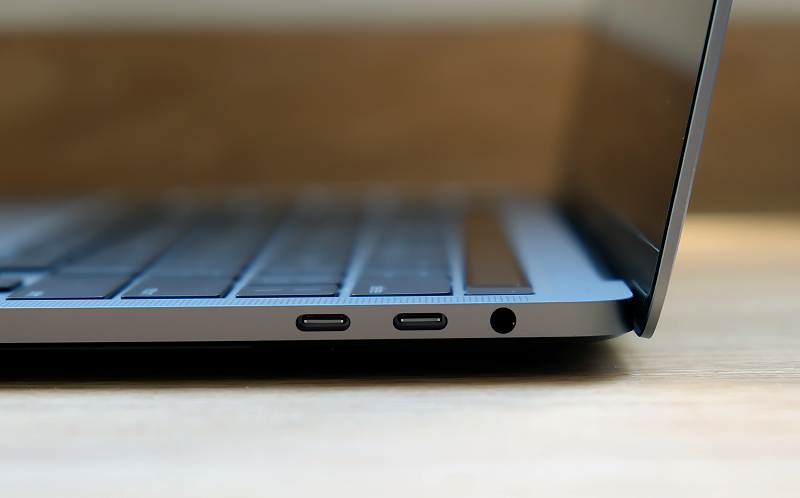 Taken as a whole, I think a lot of users will find this new higher-end 4-port version of the 13-inch MacBook Pro to be a really enticing and compelling package. If you are shopping for a portable MacBook and you have deep enough pockets, this is the obvious choice. Compared to the MacBook Air, it has a noticeably brighter and more vibrant display, much better performance, and is quite nearly the same size and weight. Battery life isn’t half bad either. 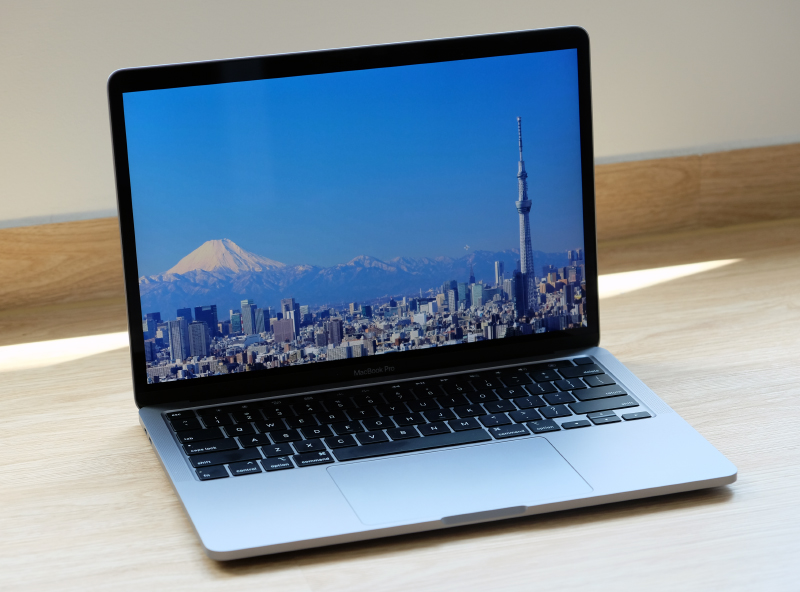 And so in a span of around six months, Apple has updated its entire line of MacBooks, transitioning them from the dreaded butterfly-switch keys to the new Magic Keyboard and given them meaningful processor upgrades and spec bumps along the way. It’s their strongest lineup of notebooks in some time and there’s something for everybody. I think anyone who bought one of these new MacBooks will be very happy with their purchase. Unless you happen to have a Wi-Fi 6 router at home.

Write a Review
Compare This | Specifications
Awesome display
Excellent performance
More storage and memory as standard
Fantastic keyboard and trackpad
Great speakers
Class-leading build quality
Four USB-C Thunderbolt 3 ports
Feels quite heavy for a 13-inch notebook
Design starting to look dated
No support for Wi-Fi 6
No SD card reader
Our articles may contain affiliate links. If you buy through these links, we may earn a small commission.
Sponsored Links