Subscribe to the latest tech news as well as exciting promotions from us and our partners!
By subscribing, you indicate that you have read & understood the SPH's Privacy Policy and PDPA Statement.
Product Listing
AcerAftershockAlienwareAorusAppleArchosASUSAxiooDellDopodFujitsuGatewayGigabyteHandiiHPLenovoLGMicrosoftMSINECNEOPanasonicRazerSagerSamsungSonySuzukiToshibaViliv

Apple refreshes its notebooks every time Intel introduces new processors, and it is no different this time. Just about a month ago, Intel officially released its newest fourth generation Core processors. Codenamed "Haswell", these new processors are significant to notebooks for two reasons: Intel claims up to 50% longer battery life and much improved graphics performance from the new integrated GPUs. And because of this new class of processors, Apple now claims that its 13-inch MacBook Air is capable of delivering 12 hours of battery life.

On the outside, not much as changed with Apple’s newest MacBook Air. The ultra slim notebook is still offered in two display sizes - 11 and 13-inch models - and shares the same chassis dimensions and design as its predecessor. This means it is still just 17mm thick at its thickest point and retains its weight of 1.34kg. The only noticeable change on the outside is that the MacBook Air now gets two microphones instead of one. Apple says that the additional mic will help improve the notebook’s noise-canceling performance. 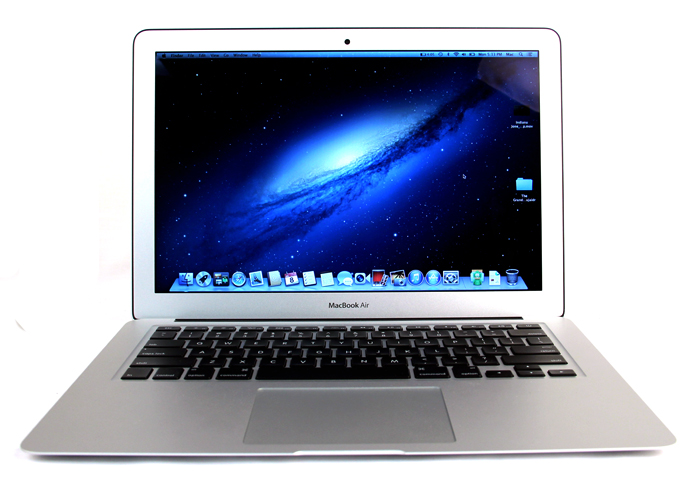 However, there are significant changes under the hood. First and foremost, both the new 11 and 13-inch MacBook Air models will now be using the same processor across the board. Powering them will be the new Core i5-4250U processor which runs at 1.3GHz, has a 3MB L3 cache and a very low TDP of just 15W.

For those who have been conscientiously following the MacBook Air, you will notice that this new processor has a significantly lower clock speed as opposed to the previous generation MacBook Air. Those had a Core i5-3317U processor that ran at 1.7GHz, but had comparable 3MB L3 cache and a higher 17W TDP.

Turbo clock speeds, however, are similar at a maximum of 2.6GHz, so performance should not be adversely affected. However, the lower base clock speed of the Core i5-4250U should help with prolonging battery life when running standard run-of-the-mill tasks that don't demand much out of the processor. What’s also important to note is that while quoted TDP figures might look comparable, the new Core i5-4250U actually uses Intel’s new 1-chip BGA solution which integrates the PCH (Platform Controller Hub) onto a single die. The quoted 15W TDP of the Core i5-4250U takes into account the integrated PCH, whereas the 17W TDP figure of the Core i5-3317U does not since its PCH is off die. This means that actual difference in overall TDP is likely to be even greater.

Processor aside, the new 2013 MacBook Air models are also the first Apple notebooks to use PCIe-based SSDs. Both 11 and 13-inch models will be offered with either 128GB or 256GB of storage, but users can upgrade (at extra cost) to 512GB too. The new MacBook Air will also support the latest and fastest 802.11ac wireless standard. It also has a slightly larger battery that holds 8% more charge.