To start, the updated 13-inch MacBook Pro that I'm testing is a custom-configured model with 16GB of memory and a 1TB SSD. If you configure a similar system, it will set you back S$2,779.

There’s evidence to suggest that Apple’s claims of up to 18% multi-threaded performance is right. On Geekbench 5, the M2 MacBook Pro’s single and multi-core scores were 9% and 20% better respectively. And on WebXPRT 3, the M2 MacBook Pro’s score was 20% better. The improvements on Cinebench were less dramatic. Single-core score was up by 7% and multi-core score increased by 5%. Still, the higher single-core scores suggest that M2 is indeed capable of executing greater instructions per cycle.

What’s interesting also is how the M2 MacBook Pro performed against a PC notebook that’s powered by Intel’s new Core i7-1260P Alder Lake processor. Though the M2 has a definite advantage in single-core performance, the Core i7-1260P managed higher multi-core scores on Geekbench. However, that advantage was lost on Cinebench, where it’s multi-core scores trailed not only the M2 MacBook Pro but also the older M1 MacBook Pro.

In our video transcoding test, which involves transcoding a one-hour-long 1080p video, the M2 MacBook Pro took a little over 16 minutes, which is a remarkable 16% improvement over the M1 MacBook Pro and 23% faster than a PC notebook with the Core i7-1260P. However, it’s still quite a long way off from a M1 Max 14-inch MacBook Pro and a M1 Ultra Mac Studio.

What’s really remarkable is how much faster it is compared to the last Intel 13-inch MacBook Pro from 2020. It took only about half the time. The M2 MacBook Pro was also markedly faster than a PC notebook with Intel’s new Core i7-1260P processor. In fact, it couldn’t even match an M1 MacBook Pro, which really demonstrates the prowess of Apple’s custom silicon. 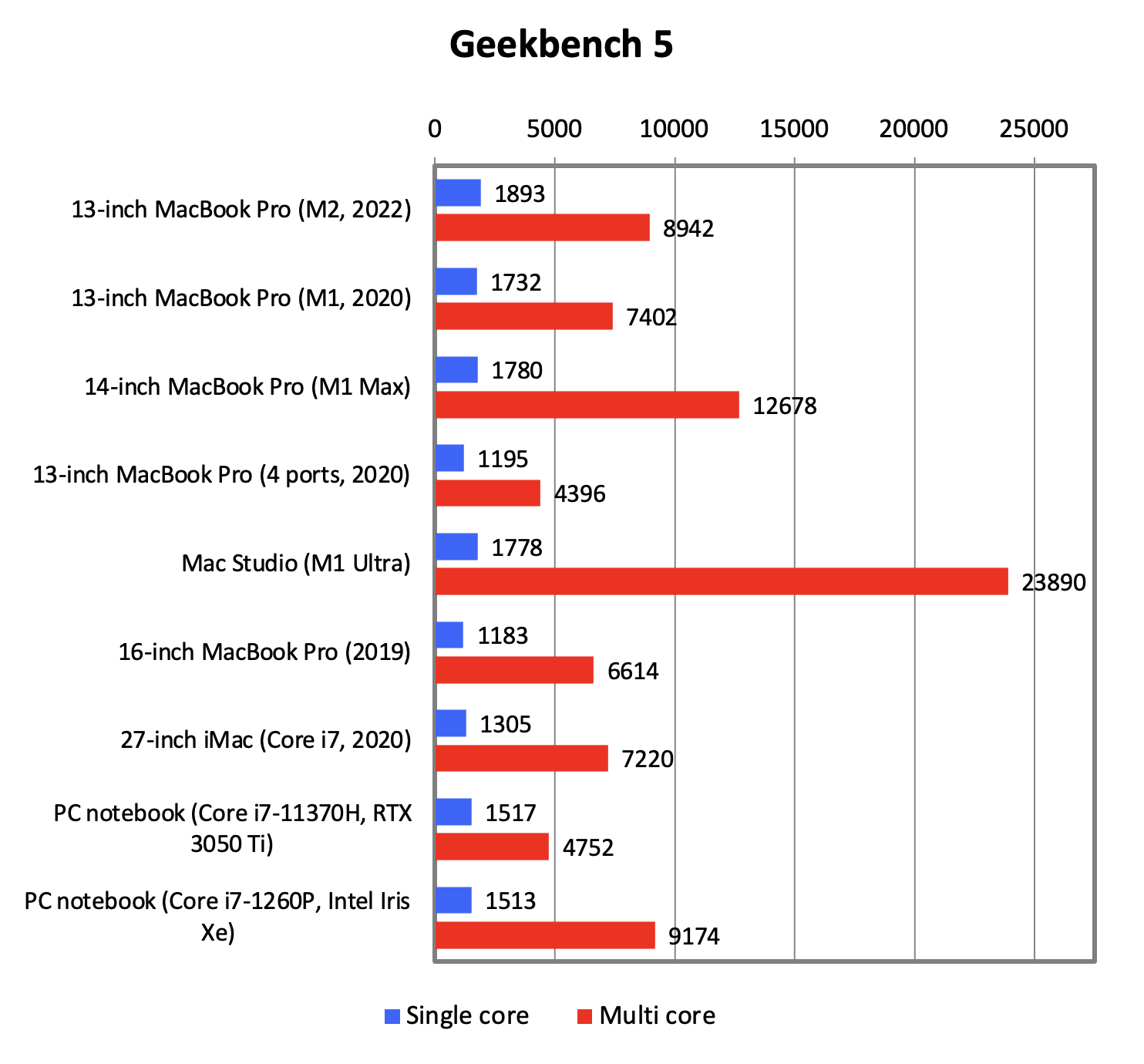 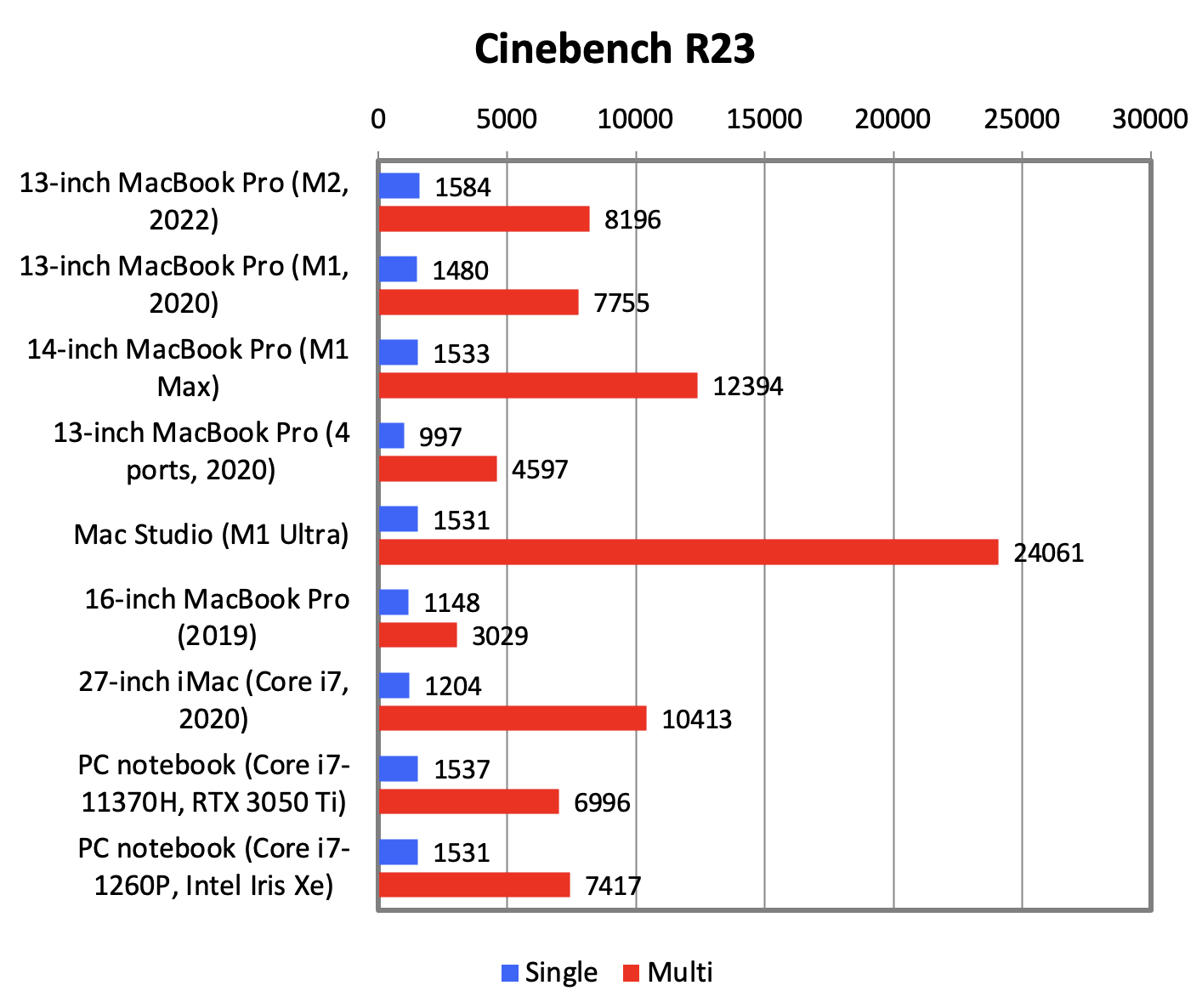 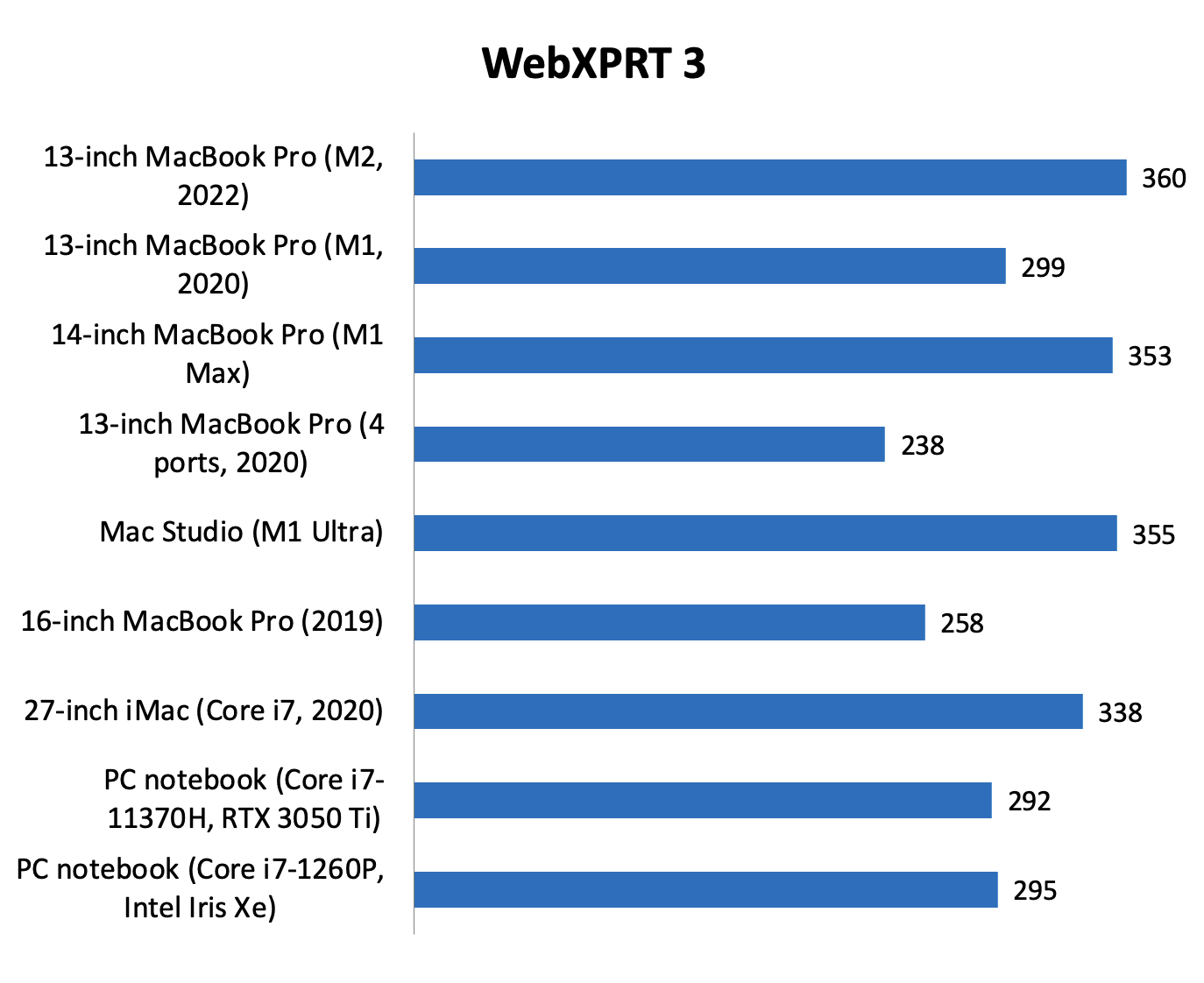 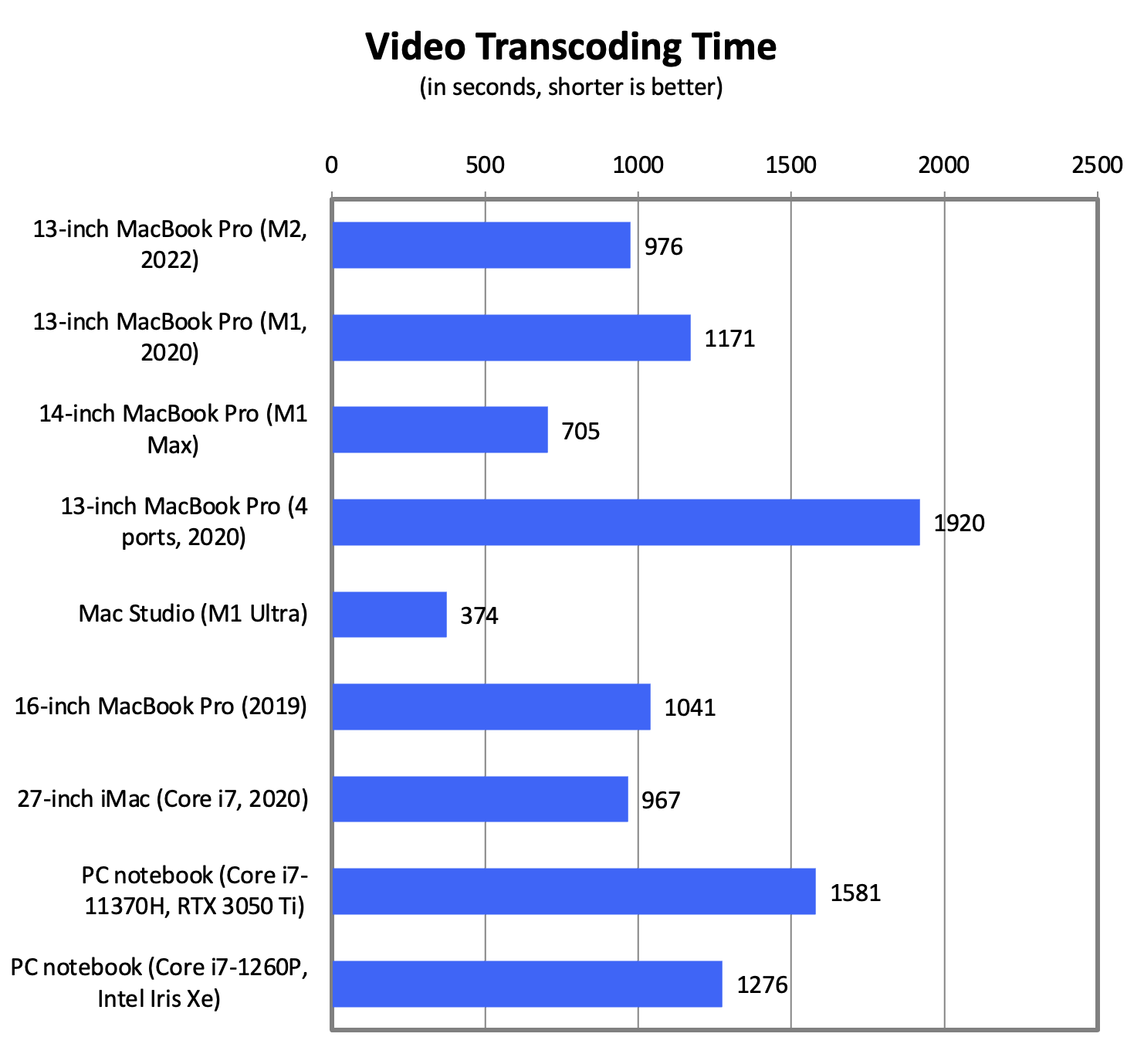 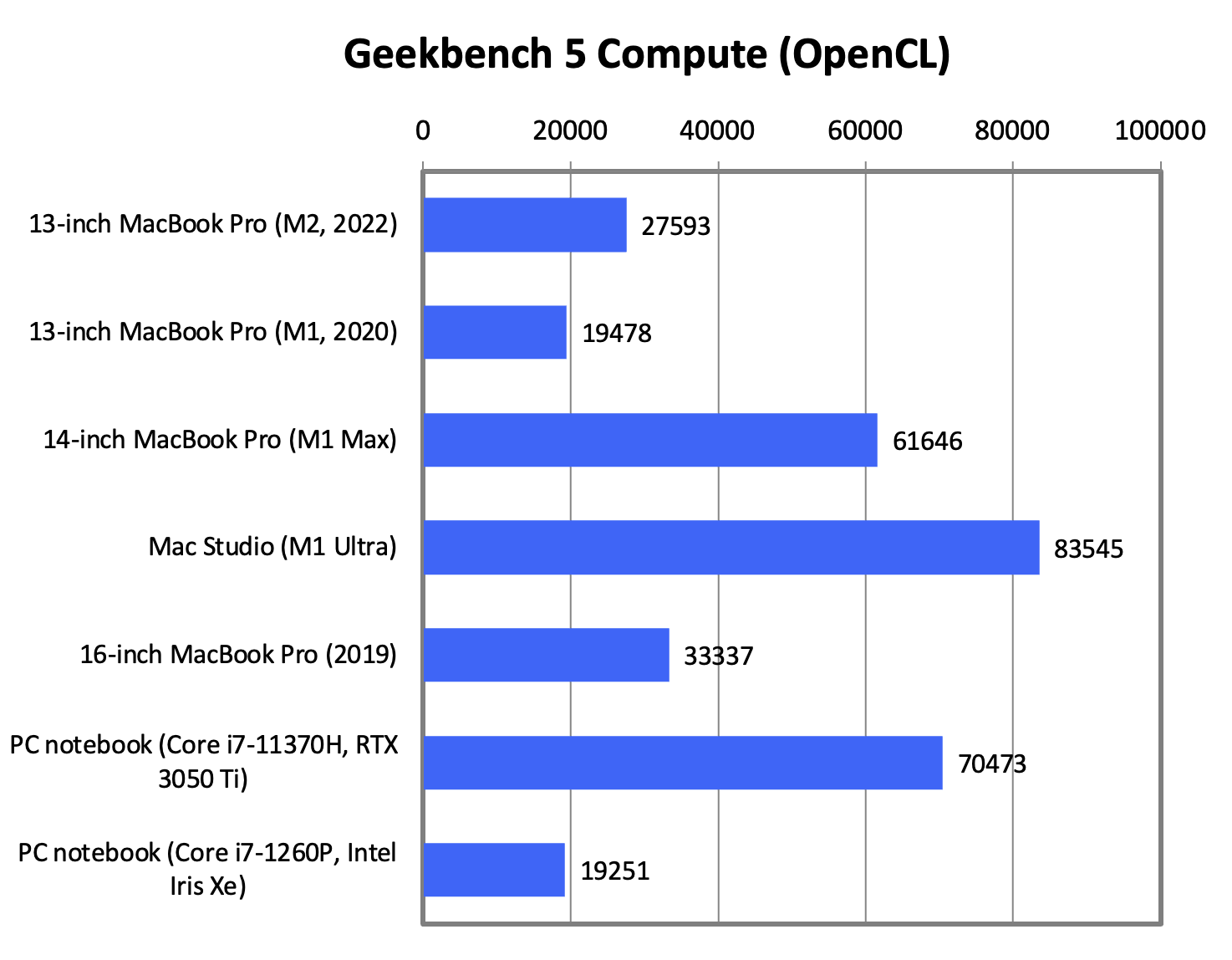 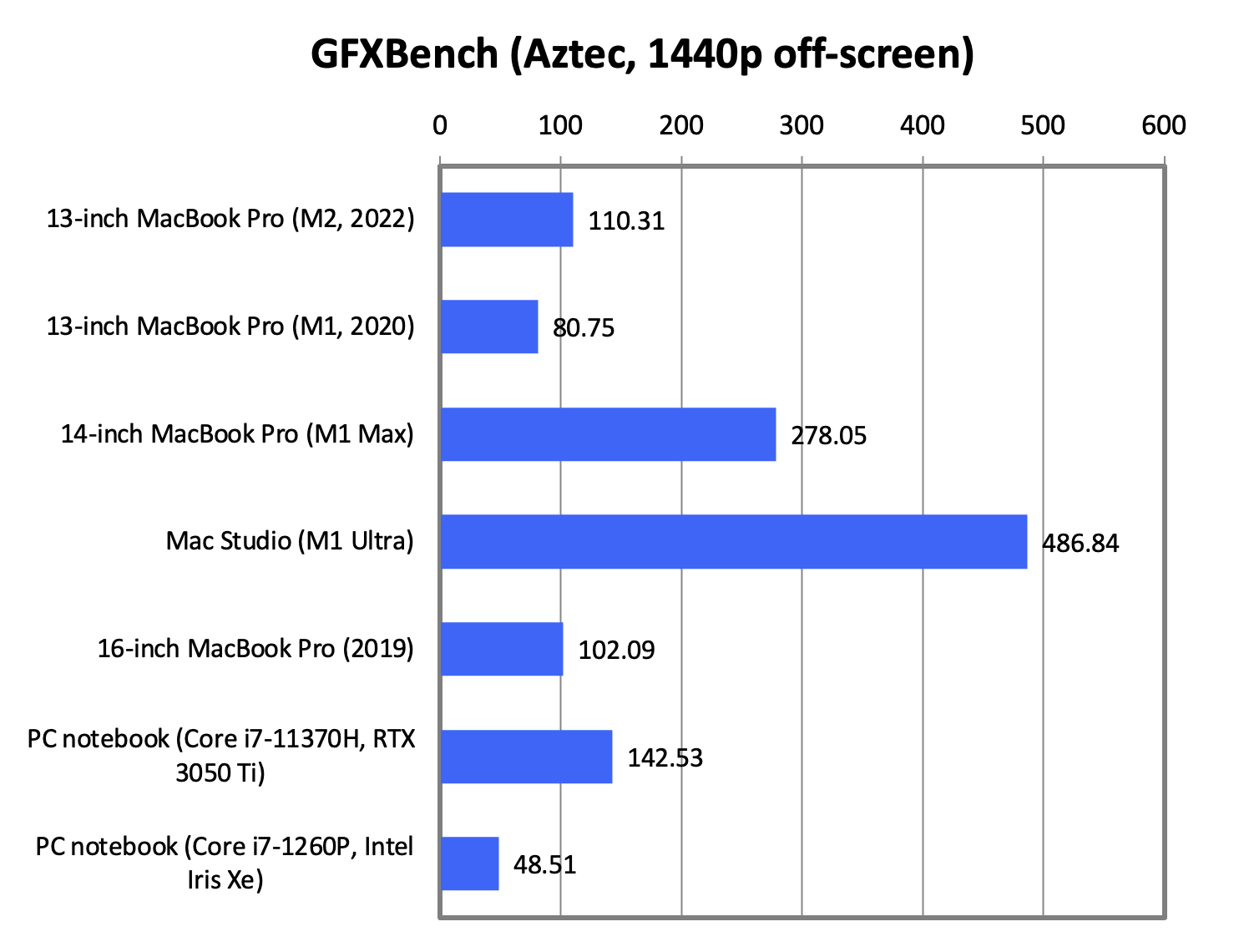 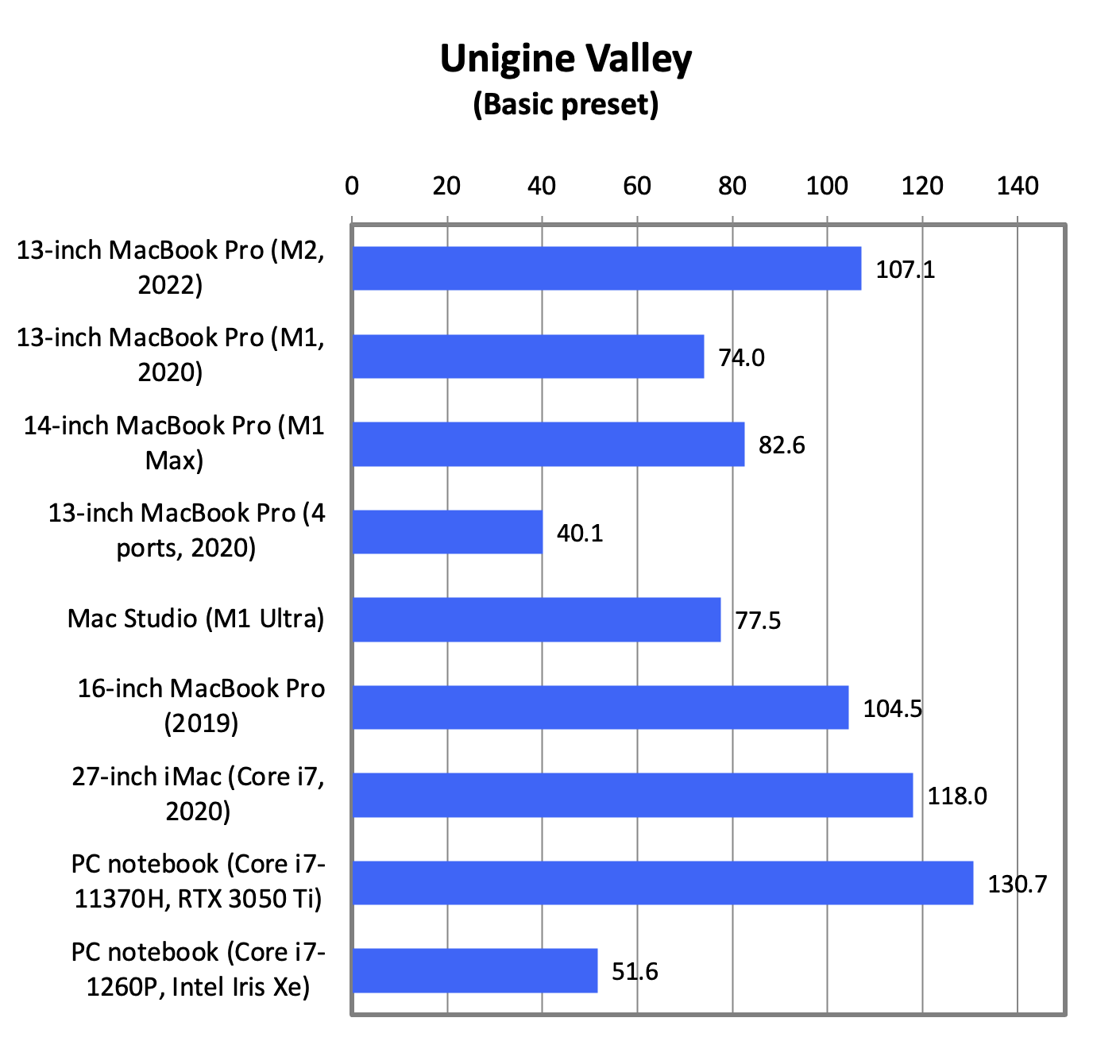 On games, the updated M2 MacBook Pro posted credible gains over the M1 MacBook Pro too. Even though we ran the games on the highest graphics settings, it was 45% faster on the Shadow of Tomb Raider, and 44% faster on Deus Ex. Although the frame rates were still too low to be considered playable, at least Apple’s claims were mostly accurate. And to be fair, you could quite easily bump the frame rates up to playable levels if you turn the graphics settings down. 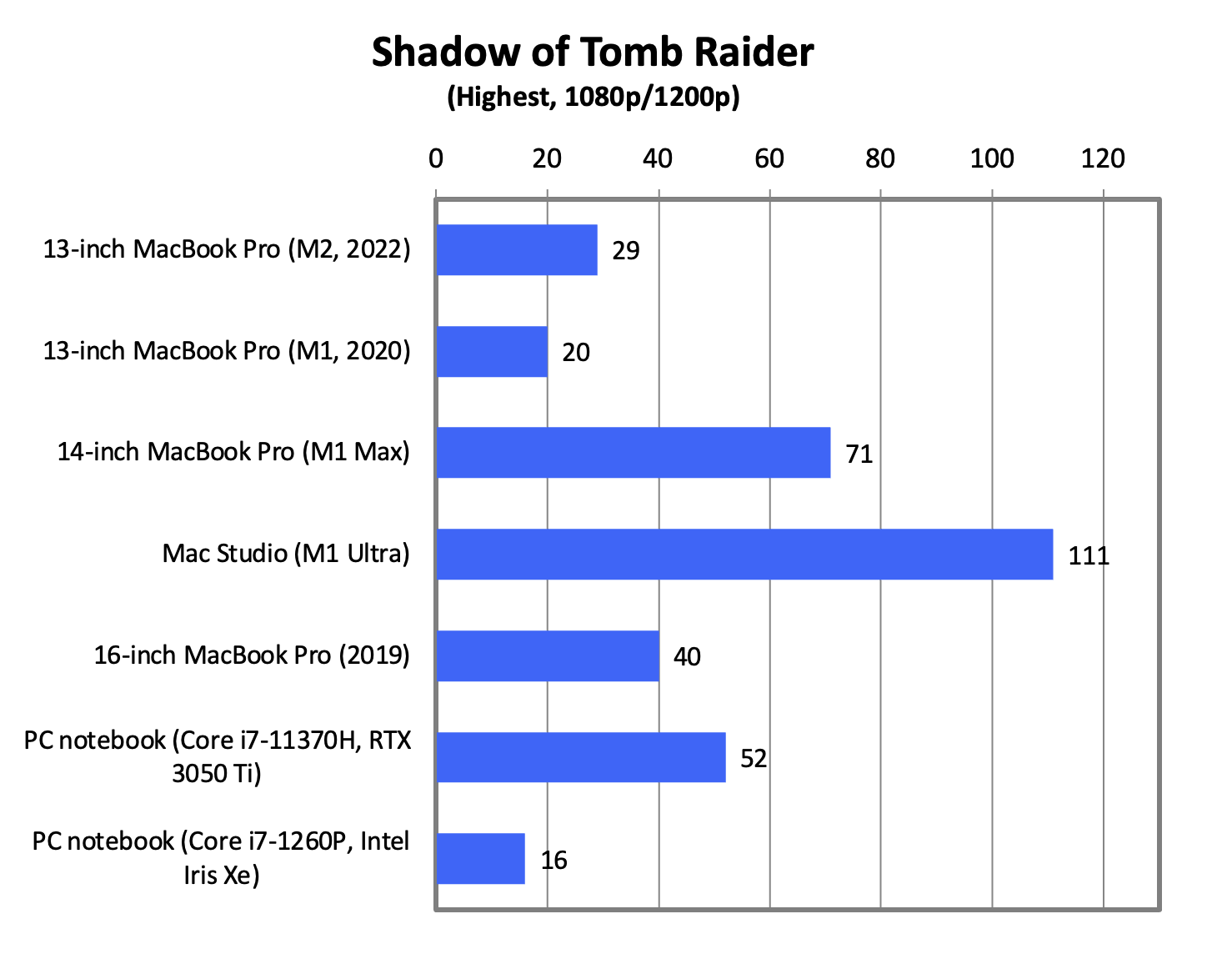 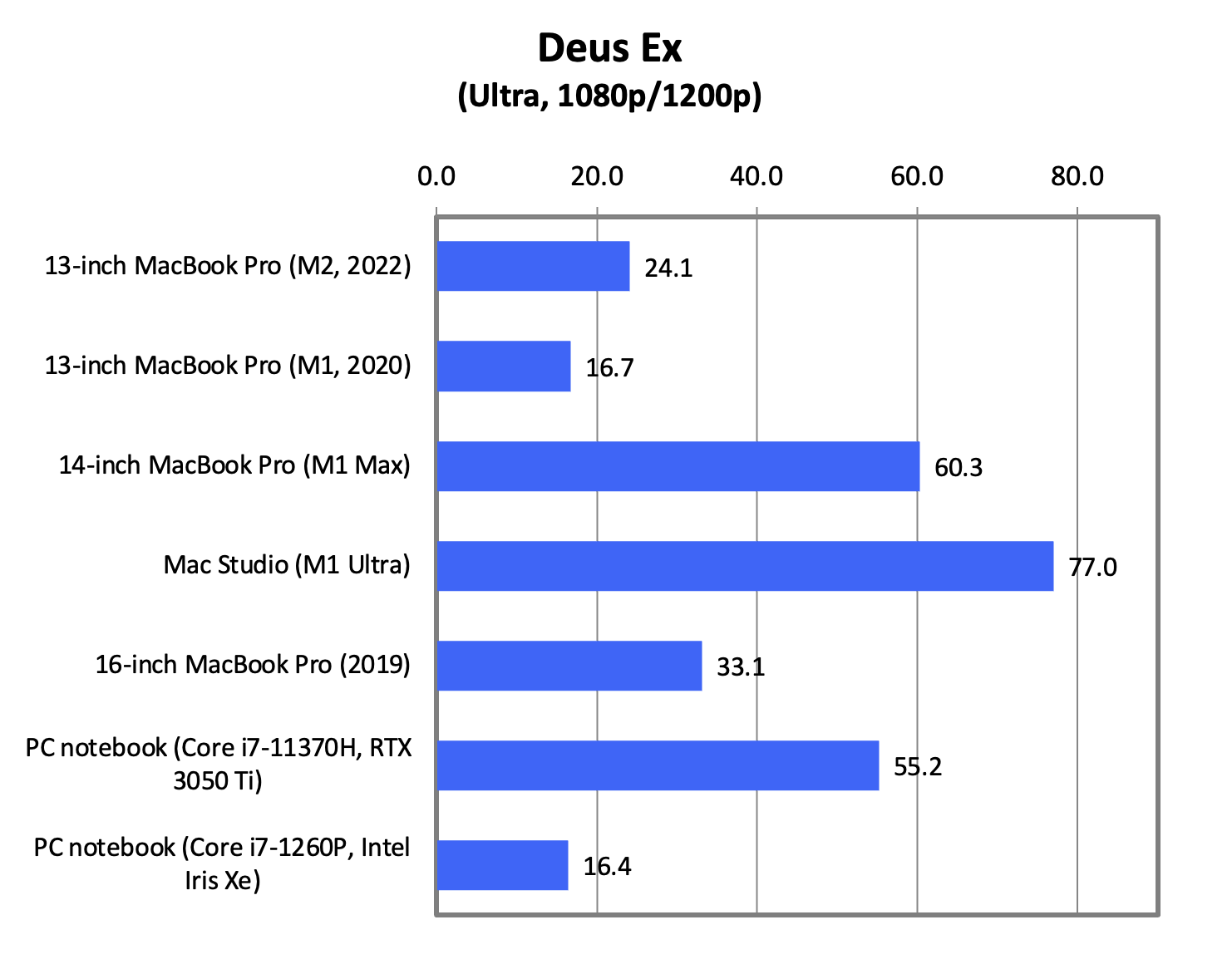