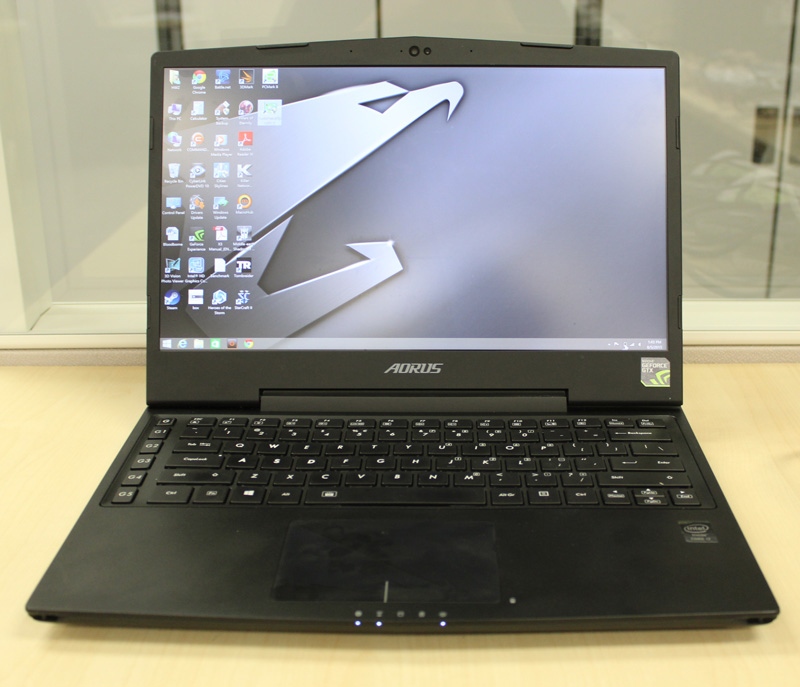 The Aorus X3 Plus V3

You'd be forgiven if you had deja vu just by looking at the picture of the Aorus X3 Plus V3. It looks mighty familiar, doesn't it? Like something you've seen before somewhere but you just don't remember where? Luckily for you, we do. It's extremely similar looking to the Aorus X7 Pro we reviewed last year, right down to the reflective trackpad. That's not that surprising actually since both of the machines come from the same series and manufacturer. Just like the X7 Pro, the X3 Plus V3 comes to town to dominate the competition with its combination of power and portability.

While running two SSDs in a RAID 0 configuration will no doubt improve storage performance, one thing worth considering at this point is that if either one of the drive fails, all your data will be lost. Hence, the blistering performance that a RAID 0 array provides does have a drawback, especially since the X3 Plus V3 doesn't come with a conventional HDD to store backups on. 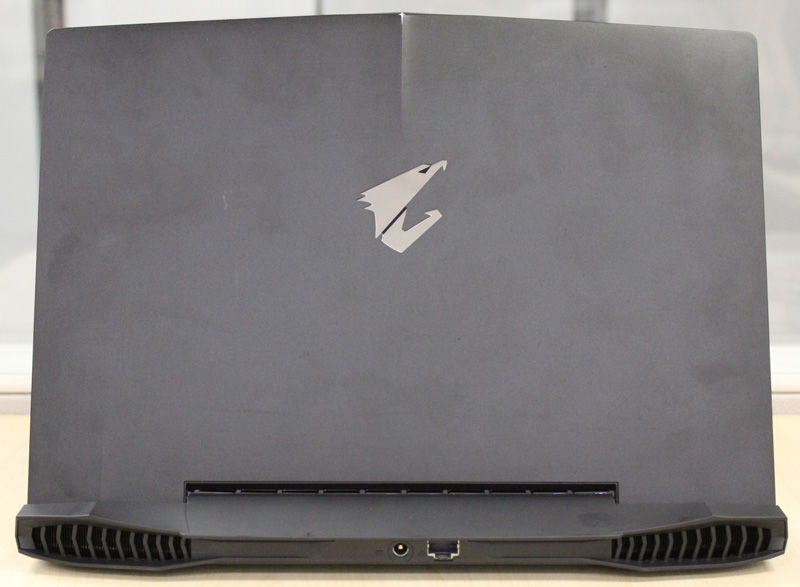 We really like that the X3 Plus V3 looks so much like the X7 Pro. We love the aluminum construction, we love how sleek it looks and we love how light it is, for a 13-inch gaming machine that is. The Aorus X3 Pro V3 measures 330 x 263.5 x 22.9mm, and weighs 1.87 kilograms. That's actually a pretty decent size and weight for a gaming notebook.

It's also crazy the amount of hardware Aorus has packed into the X3 Plus V3, while still managing to retain its relatively svelte dimensions (as far as gaming notebooks are concerned). It also has the same 72.26Wh battery found in the bigger Aorus X7 Pro. The keyboard even has macro keys that can be mapped to quickly execute commands on the fly. The high-resolution QHD+ display is just icing on the cake, though gaming on its native resolution at high graphics settings might be a bit too much to ask for from the notebook's single NVIDIA GeForce GTX 970M discrete graphics chip.

Unfortunately, while being similar to the Aorus X7 Pro, the Arous X3 Pro V3 also share the same faults found in the former. Faults like the machine getting so easily smudged still haunt the notebook. We found the bigger X7 Pro to be a nightmare to keep clean, and despite the X3 Plus V3 being smaller, it's no less easier to maintain. The keyboard is notoriously difficult to maintain. It smudges easily and is hard to wipe clean, even with a microfiber cloth. 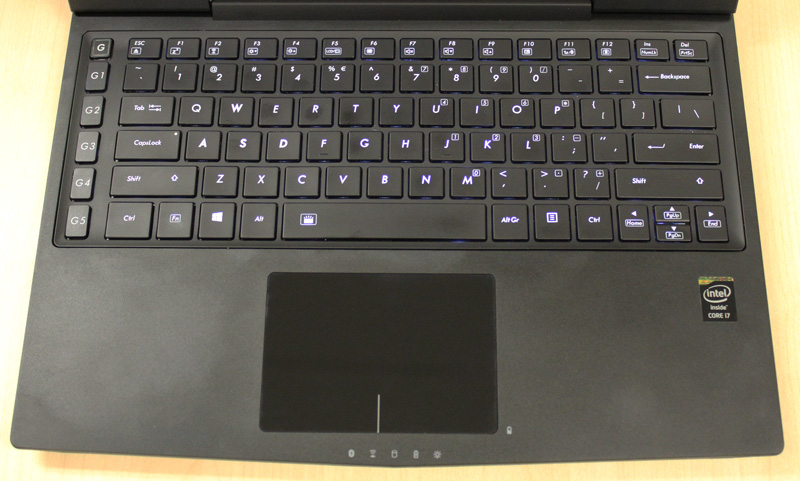 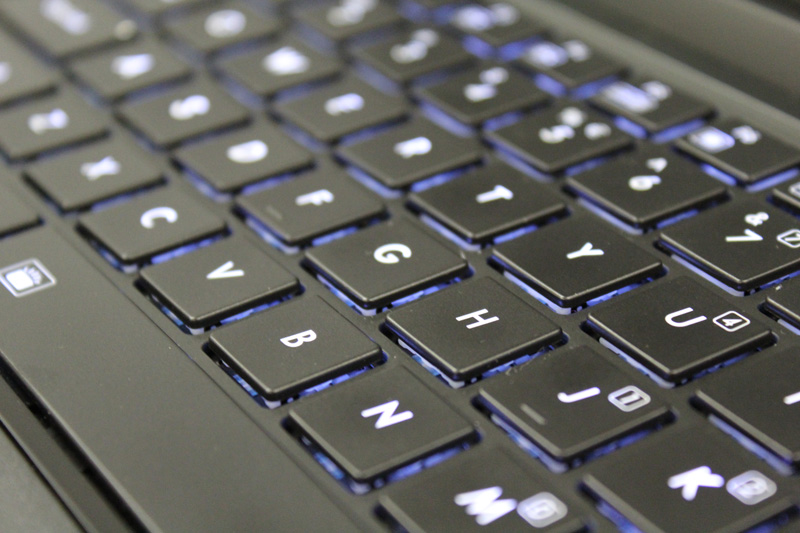 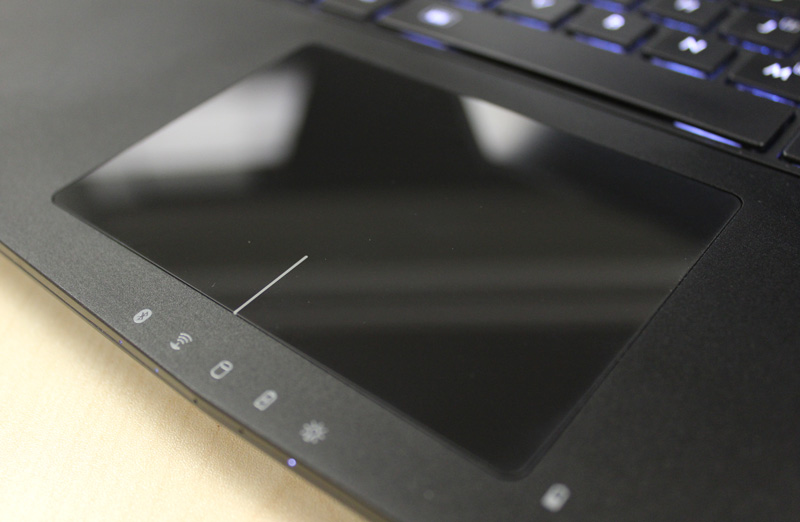 However, the main concern we had with the X7 Pro returns with an even greater vengeance in the smaller X3. While the X7 Pro ran hot, it never got as hot as the X3 Plus V3. The likely cause of this finding is due to the X3's smaller size, which makes it trickier to provide adequate cooling, but that's not a valid excuse as we have encountered slim notebooks that handle heat well.

Heat and hardware don't mix well, especially now that NVIDIA's GPU Boost technology takes temperature into account when boosting frequencies. The Aorus X3 Plus V3 ran extremely warm and this can be felt on its chassis, which could have a detrimental impact on performance. More on this in our performance results on the next page.

Now that you've seen what we think about the Aorus X3 Plus V3, it's time to finally put it to the test!

Write a Review
Compare This | Specifications
Aesthetically pleasing
High specifications
Slim design, relatively lightweight
High temperature concerns
Gets dirty easily
Shallow keyboard
Our articles may contain affiliate links. If you buy through these links, we may earn a small commission.