The Gigabyte Aorus NVMe Gen4 SSD will be tested on our updated storage testbed using the Windows 10 operating system, which has the following specifications:

This is the list of drives and their capacities tested:

PCMark 10 is the latest from benchmarking specialists Futuremark; however, at the time of testing, its storage suite test isn’t available yet. So we fell back to PCMark 8’s storage suite test, which puts drives through a collection of 10 different real life workloads involving applications such as Photoshop, Illustrator, InDesign, Word, Excel and even games like Battlefield 3 and World of Warcraft. 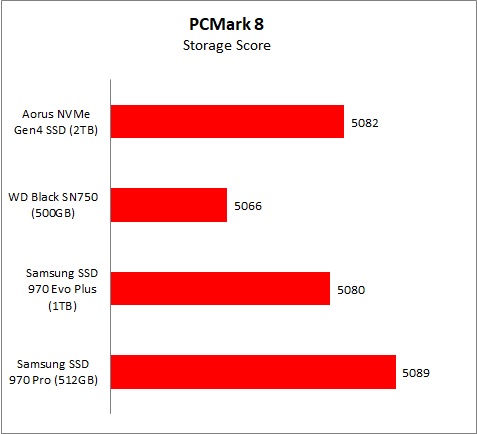 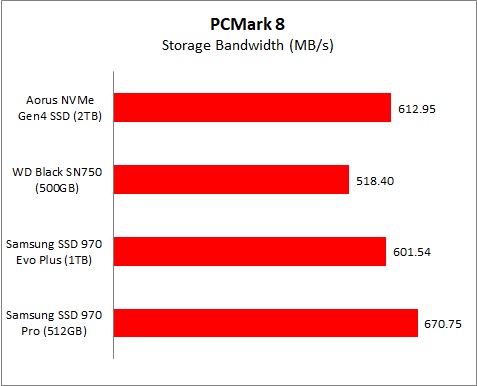 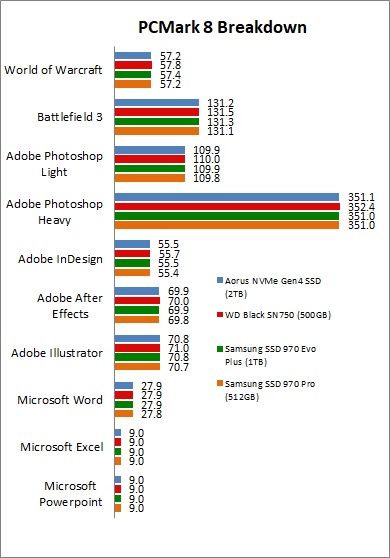 All the drives were quite evenly matched for their workload scores, especially when it came to Office productivity scores.

We can safely say the differentiating factor is storage bandwidth, where the Samsung SSD 970 Pro drive outranks the Gigabyte Aorus drive by 9.4%. The WD Black SN750 NVMe SSD has the lowest score as well as the measured bandwidth among all the drives.

The results are not conclusive and we can allude to the fact PCMark 8 is unable to benchmark the new PCIe 4.0 standard. We have to wait for the latest PCMark 10 storage benchmark to be ready for future testing on the new standard.