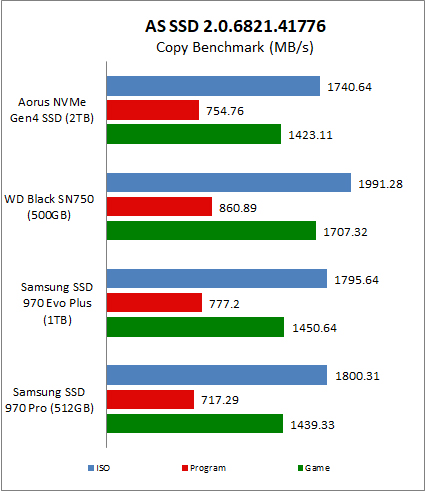 The Gigabyte drive turned in a lacklustre performance for the copy benchmark test; it was the slowest drive, barring its Program test results. 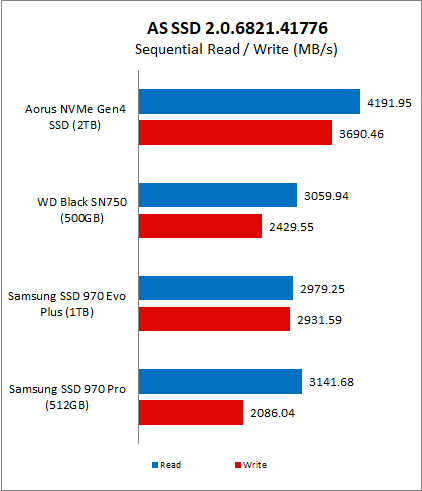 It only performed best at for the sequential read and write tests thanks to the increased bandwidth of its PCIe 4.0 interface. 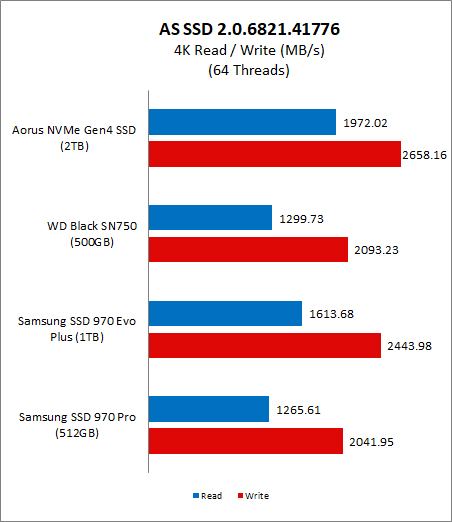 Again, its bandwidth capacity accorded by its PCIe 4.0 standard put it in top spot for the most taxing multi-threaded test, and it beat the Samsung SSD 970 Evo Plus drive by 18% for the read test, and 8% for the write test respectively. 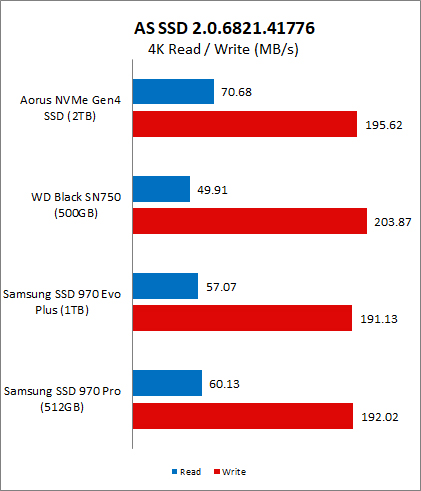 From the single thread 4K read results, the WD Black SN750 drive upended all the other SSDs to take top position; however, its read result was the lowest. The Gigabyte Aorus drive was runner-up for both sets of results.