CrystalDiskMark is an easy-to-run and quick utility to use to gauge a drive’s performance. It measures sequential read and write performance and random read and write speeds of random 4KB and 4KB (queue depth 32) data. 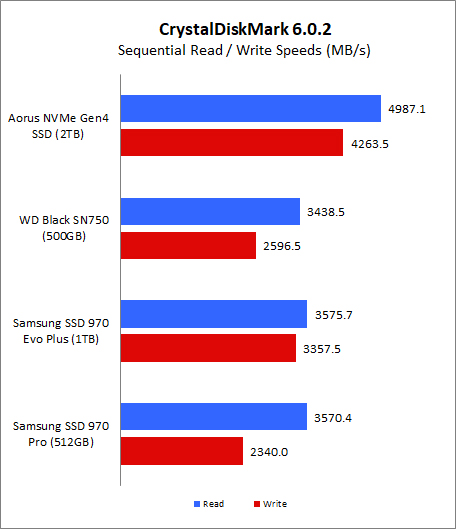 The Gigabyte Aorus drive took the top spot and its support for PCIe 4.0 put it at an advantage. The sequential read speeds of the other drives peaked in the range of over 3,400- to almost 3,600MB/s, but the Gigabyte Aorus’ read speed was almost as good as the claimed 5,000MB/s, i.e., 4,987MB/s to be exact, which is about 28% higher than what the competition managed using older PCIe standards. For its sequential write speed, the Aorus drive managed 4,236MB/s, and it beat the runner-up, the Samsung SSD 970 Evo Plus, by 21%. 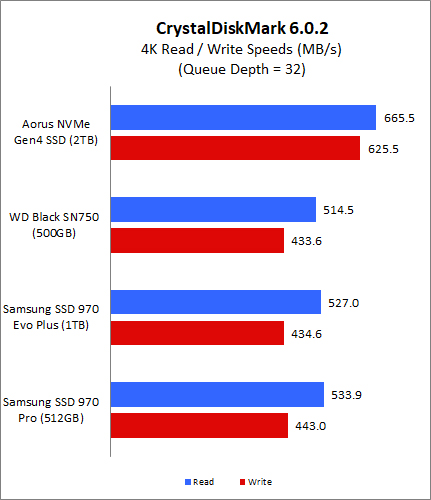 For the more demanding 4K tests, the Gigabyte Aorus continued to show its strength by turning in winning performances, this is especially evident for the 4K read/write speed test at a queue depth of 32 (QD 32). 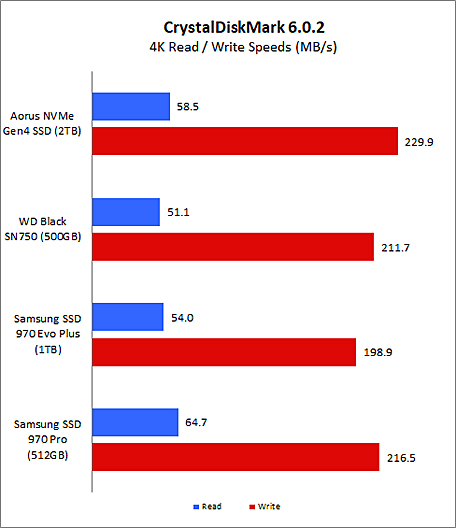 However, for the single thread 4K read test, the Gigabyte drive fell slightly behind the Samsung 970 Pro;  while the reverse is true on the 4K write test. This is most likely be attributed to the disparity in their storage capacities.