PCIe 4.0, the next generation bus standard 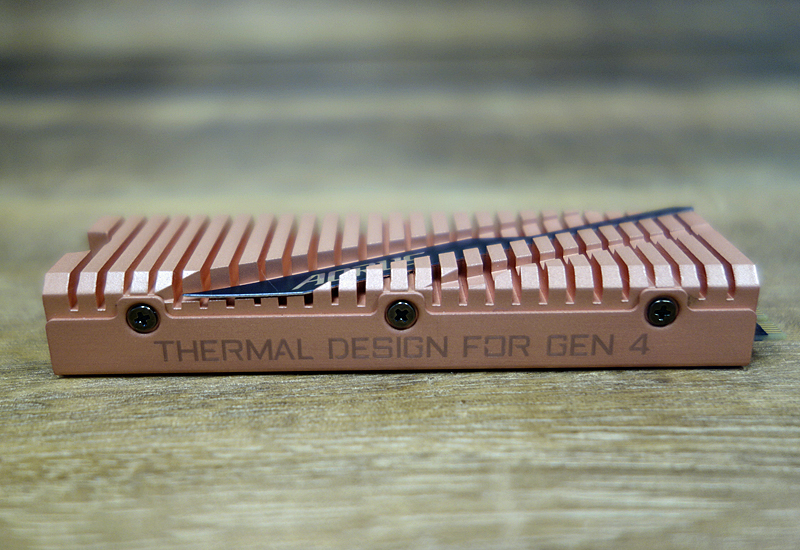 The Aorus NVMe Gen4 SSD 2TB is the first PCIe 4.0-based SSD from Gigabyte and it’s parked under the prestigious Aorus gaming brand. For now, only the AMD X570 chipset boards and the accompanying 7nm AMD Ryzen 3000 series Zen 2 processors support PCIe 4.0 devices.

The PCIe 4.0 standard doubles the bandwidth of its predecessor, PCIe 3.0. For a typical PCIe x16 interface, the new standard effectively doubles its bandwidth from 16GB/s to 32GB/s, due to the new standard’s support of data transfer rates of up to 2GB/s per lane.

Graphics cards like the AMD Radeon RX 5700 XT and RX 5700 will benefit from the increased bandwidth. Other add-on devices like PCIe-based SSDs will point to speedier file transfer as well as application loading. In fact, AMD claims that PCIe 4.0-based storage adopters will experience performance gains up to 42% when compared to previous-gen PCIe 3.0 drives. This is certainly a lofty claim that we have to check out in review of the Aorus NVMe Gen4 SSD 2TB. 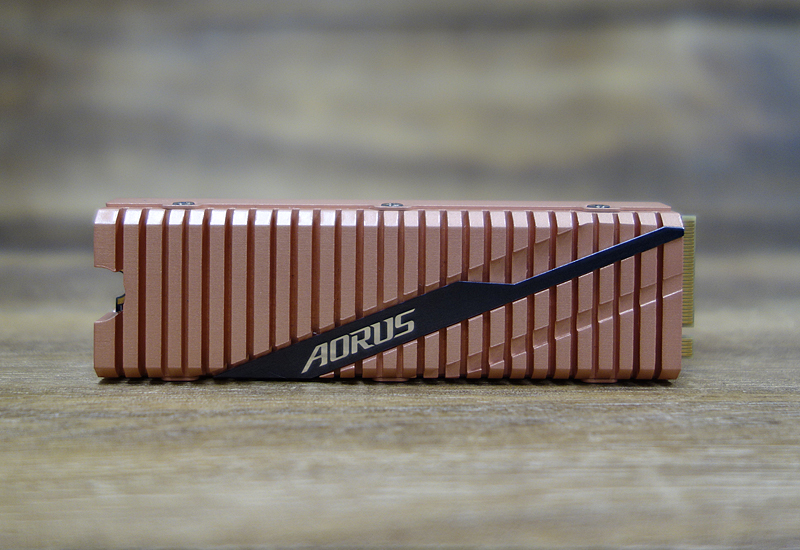 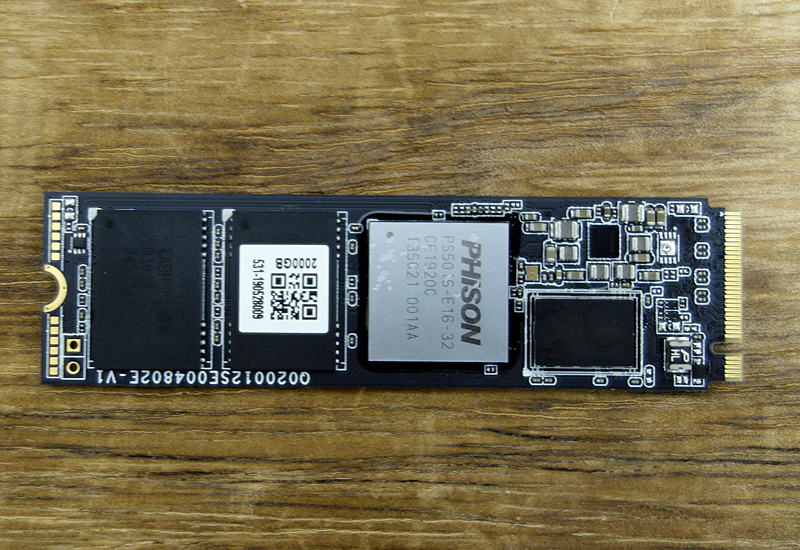 However, if you remove the heatsink, the drive is just like any typical M.2 2280 form factor PCIe-based SSD. More specifically, you'll want to note that this drive supports the PCIe 4.0 x4 interface with NVMe 1.3 support. From the image above, you can also clearly see its Phison PS5016-E16 controller. It's one of the earliest controllers to support PCIe 4.0 and it's built on a 28nm process and features two 32-bit ARM Cortex R5 processors and supports up to 8 NAND channels. This controller also supports 256-bit AES encryption with support for TCG Opal 2.0 and Pyrite. 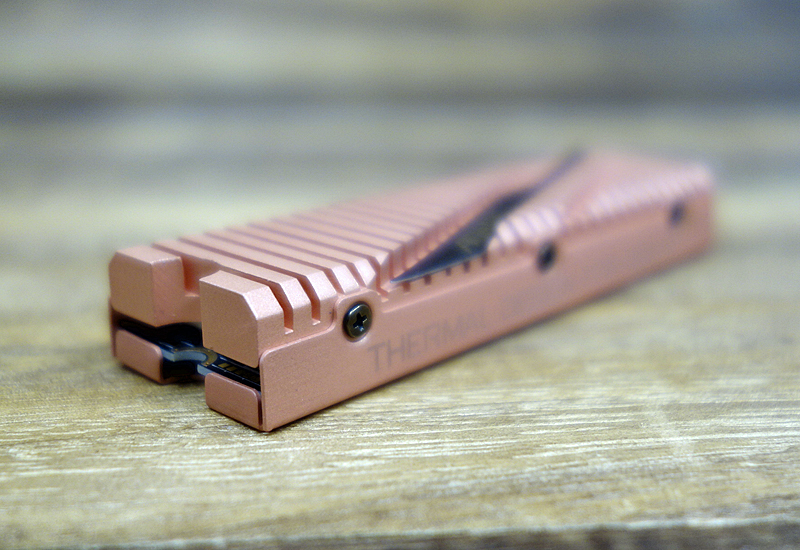 Our review unit's model has a drive capacity of 2TB and it features 3D TLC Toshiba BiCS-4 (96-layer) NAND flash memory. Its rated sequential read speed is up to 5,000 MB/s, while its sequential write speed is rated up to 4,400MB/s. The sequential numbers appear impressive on paper, and in terms of life expectancy, the Aorus drive has a rated write endurance of 1800TBW and a 5-year warranty — one of the highest endurance ratings among 2TB SSDs.

The Aorus NVMe Gen4 SSD is also available in 500GB and 1TB capacities. 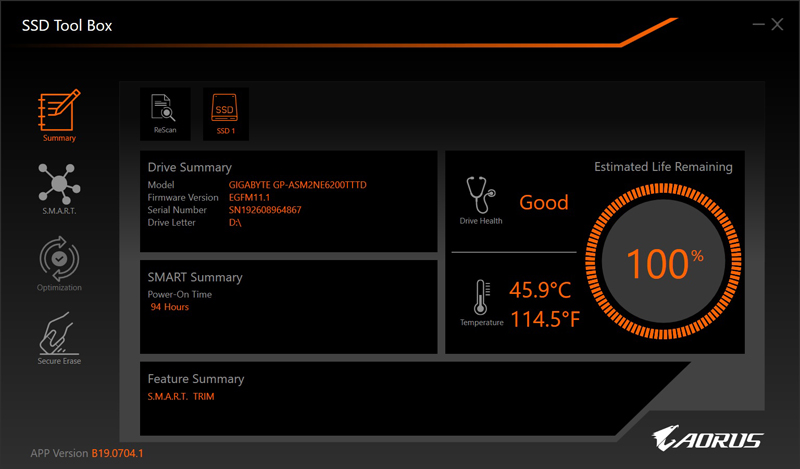 The Aorus SSD Tool Box is the software management tool for the Aorus drive. Its dashboard allows for monitoring of the health and status of the drive. 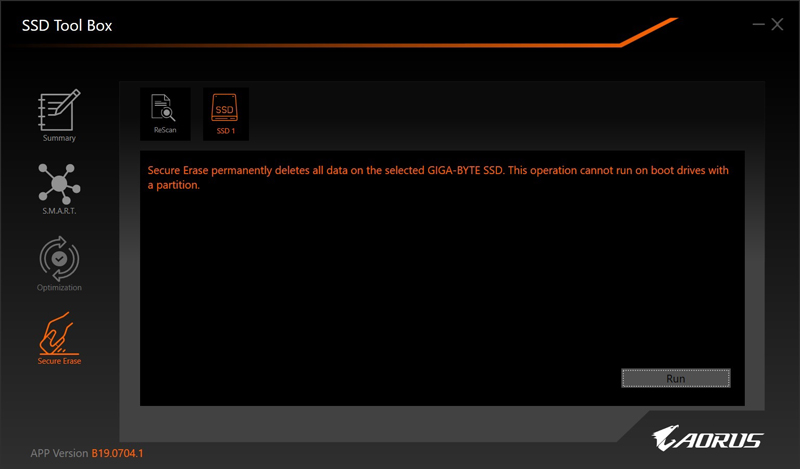 Before we dive into our results, do note that we are comparing the Aorus NVMe Gen4 SSD 2TB against a bunch of high-end, previous-gen PCIe 3.0 SSDs. Their general specifications can be compared against the Aorus drive in the table below.