We started lifting weights at the office when we got the news that the Antec P190 would be coming into our lab for review. Having previously reviewed the P180, we were quite ready to see what improvements have been made for their new P190 model (which itself is a follow up to the P182 model). Well, we were pretty much spot on about having to do weights as this goliath casing weighs a whopping 19.6kg. While we have not done the P182, we did review the P180 a couple of years back and it will be interesting to find out if the P190 brings anything new to the table.

Our first impressions were that the P190 inherits some of the features from previous models and at the same time updates and fixes some of the flaws found in these earlier designs. Antec has stated that the P190 is designed for silent performance and some of these design aspects are readily apparent from a quick glance. All the fans come with controls for users to adjust both speed and hence noise levels, while the side panels include sound proofing for even more noise reduction. The P190 also comes with a dual power supply system that gives a total of up to 1200W (though most high-end PSUs should already be adequate for most users).

Design wise, the P190 eschews the P180's white reflective look but instead comes in a sleek black matte finishing. The overall feel and touch of the casing feels sturdy and solid as one would expect from such an high-end enclosure. 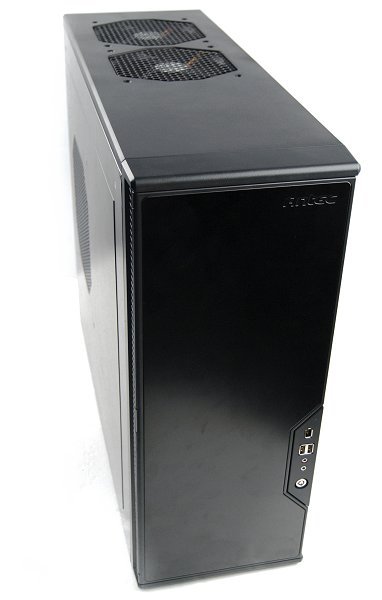