The Radeon VII came in somewhere between the GeForce RTX 2070 and 2080 in the Fire Strike benchmark, where it was just under 9 per cent quicker than the former card. However, in the 4K Fire Strike Ultra test, the Radeon VII inched ahead of the GeForce RTX 2080 by around 2 per cent. This is something that you'll see in real-world gaming benchmarks as well, and it seems like the Radeon VII is ever so slightly more competitive at ultra-demanding 4K resolutions, thanks to its massive super fast 16GB frame buffer. 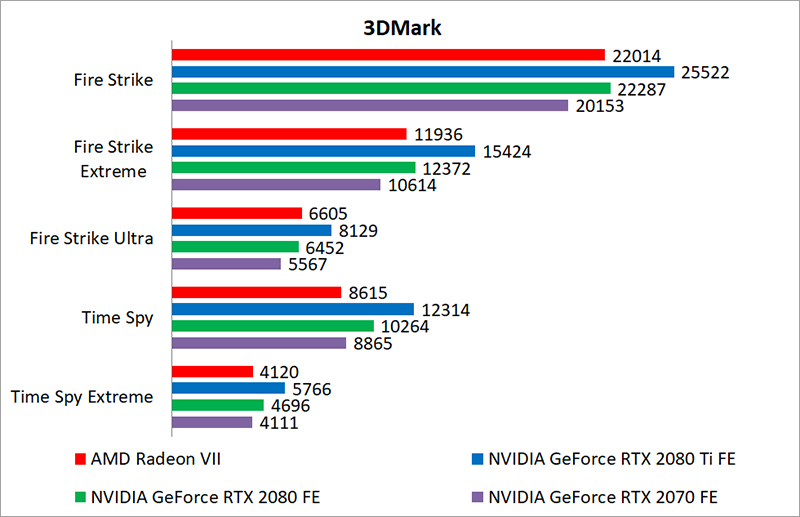 The Radeon VII trailed all the NVIDIA cards, coming in around 9 per cent behind the GeForce RTX 2070. 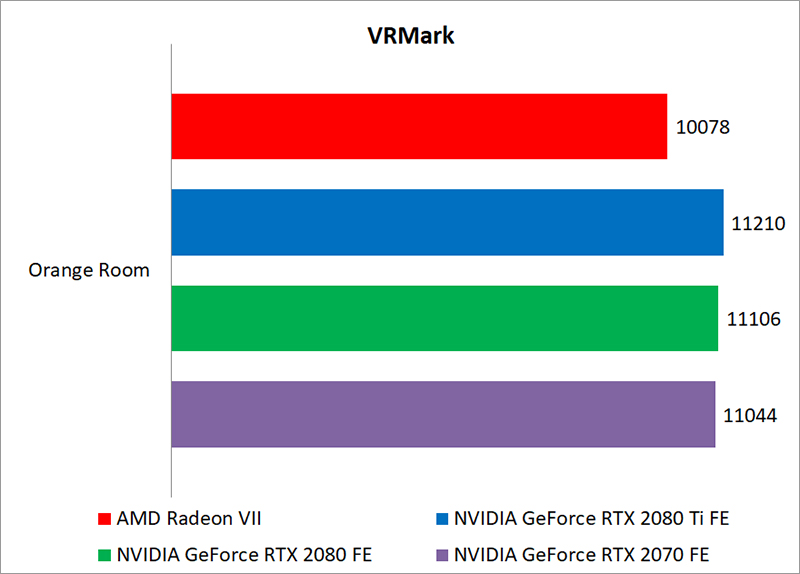 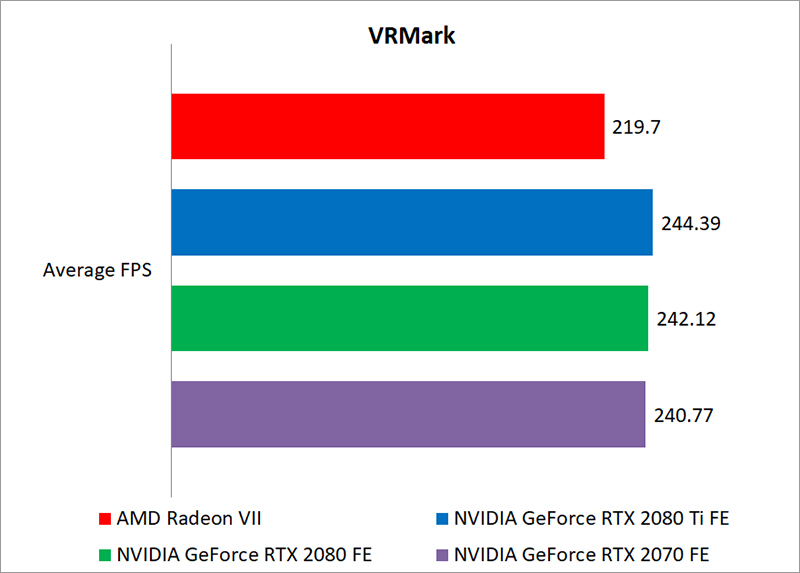 The results were sort of a mixed bag for the Radeon VII. It trailed the GeForce RTX 2070 in most of the DirectX 11 benchmarks, but it proved quite capable at taking advantage of the shift to the low-level DirectX 12 API. In the DirectX 12 benchmarks, it pulled ahead significantly and managed to close the gap with the NVIDIA cards. 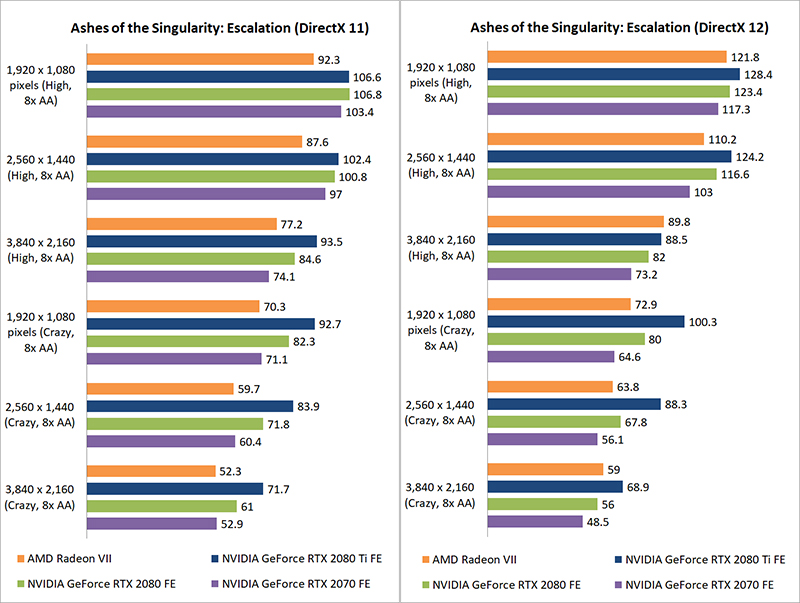 The latest installment in the Far Cry series is actually an AMD launch title, so it'll be interesting to see how the Radeon VII fares here.

The Radeon VII did better at higher resolutions here, perhaps owing to its generous 16GB of HBM2 memory and high memory bandwidth. Either way, it was able to match, or sometimes outstrip the GeForce RTX 2080, at 1440p and 4K resolutions. 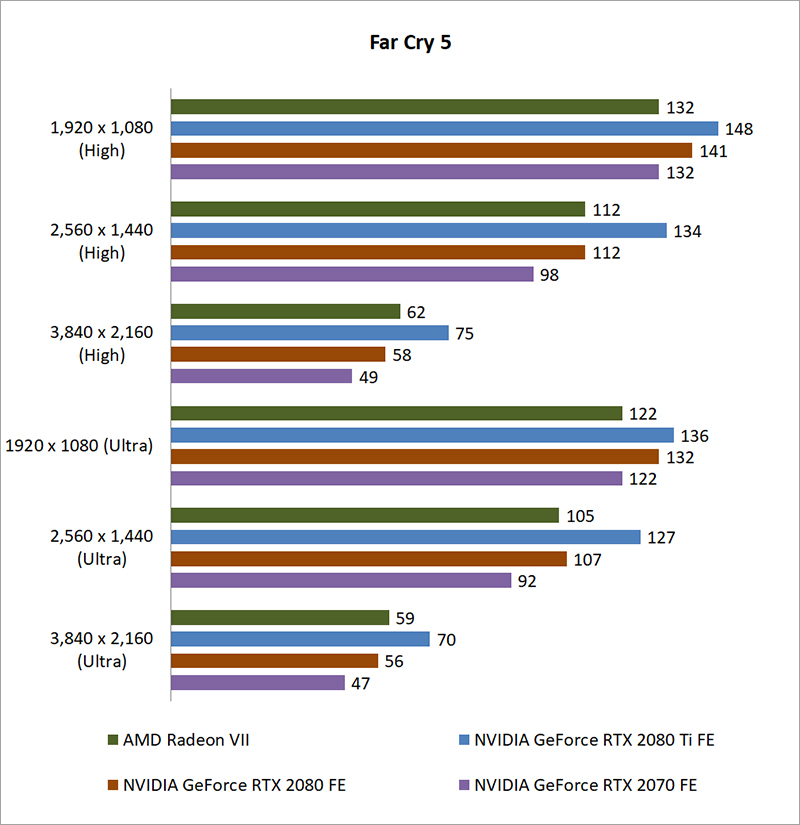 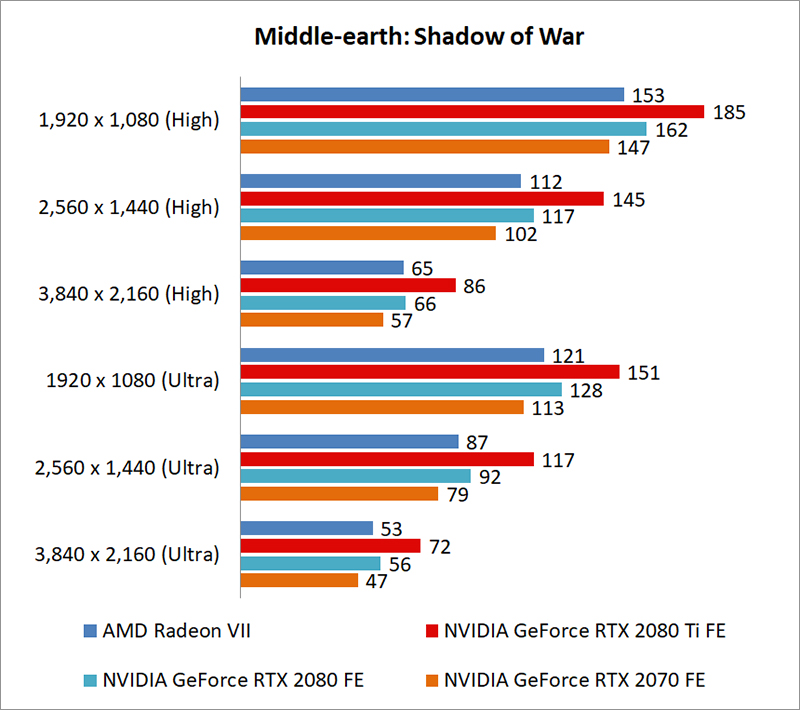 The same pattern repeats itself in Shadow of the Tomb Raider, with the Radeon VII doing a lot better against the Turing cards at a higher resolution. It's clear that the Radeon VII is its weakest at 1080p, where it even falls behind the GeForce RTX 2070 at times. Results like these are often attributed to a card's frame buffer size and in the case of the Radeon VII and its doubled video memory, this holds true where the performance drop off at each resolution step is less impacted than its competitor. 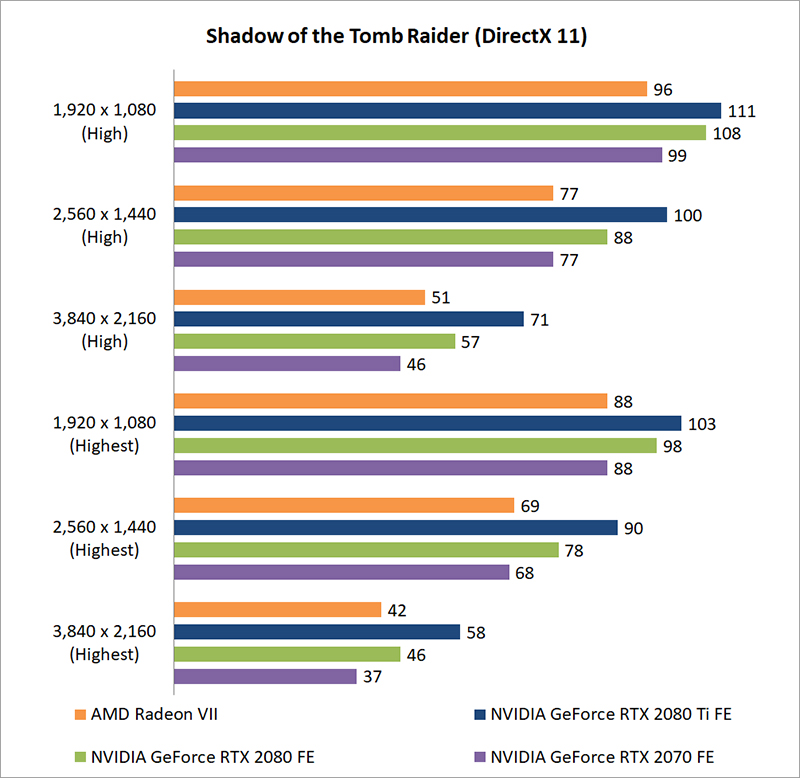