A rather long verdict

I’ve said it earlier and I’ll say it again. It’s a great time for fans of AMD. At last, there’s a compelling alternative to NVIDIA’s high-end graphics cards. The Radeon RX 6800 XT is a highly competitive card that comes excruciatingly close to a performance differential to the GeForce RTX 3080, and is truly a great alternative graphics card worth considering if you are looking to game with 4K.

I say ‘alternative’, because as much as I do rate the card highly there are some other factors to consider. Ray tracing performance, for one. 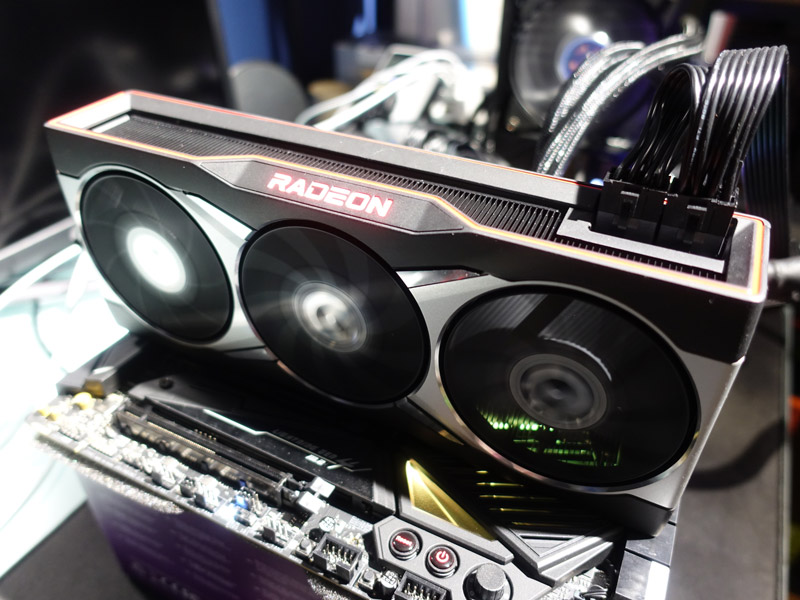 Now, we must understand that ray tracing is immensely hardware intensive and without dedicated space on the GPU to offload those calculations it slows everything down performance wise. That’s why ray tracing is considered something of a holy grail in the world of video gaming.

How the RX 6000-series would handle ray tracing has always been a little mystifying. NVIDIA’s method is straightforward: build separate “RT Cores” in its RTX architecture. AMD on the other hand, rolled ray tracing into the RDNA 2’s existing Compute Units (CU) with new RT Accelerators. Each CU in turn features a single Accelerator so that every clock cycle (up to 70 of them) can be leverage for four ray tracing intersections each.

But as we can see in our 4K benchmark charts, running ray tracing on games at 4K and at 60fps is extremely difficult even for today’s best gaming GPU (i.g., the GeForce RTX 3090). Which brings me to explain why the RTX 3080 should still be the GPU of choice for hardcore gamers: namely NVIDIA’s DLSS technology.

To ‘overcome’ the challenges of ray traced gaming at 4K, NVIDIA accomplishes this with the help of its DLSS (Deep Learning Super Sampling) technology, which is in its second generation now. Powered by AI, DLSS intelligently upscale games to higher resolutions without the same performance penalty. AMD, unfortunately, has no equivalent technology ready for the RX 6800 XT launch. The company did reveal that they are already working on a super sampling solution but as of now there’s little information that we know about or when it will even be launch for the RX 6000-series.

Finally, the RX 6800 XT might have the more attractive price-tag of US$649 versus US$699 for the RTX 3080. However, it's worth arguing that by topping up an additional US$50 for the RTX 3080 you get a card that also has great 4K performance, a wider range of games that supports its ray tracing optimisations, and quite possibly the killer feature: DLSS 2.0. All of these available now and with excellent driver support. That’s pretty much a small price to pay for, don’t you think?

That said, I don’t want to take away the fantastic achievements that AMD has done with their RX 6000-series cards. The RX 6800 XT is an exceptional gaming card that still has excellent propositions to offer to gamers – you just might have to be patient with driver support. NVIDIA cannot afford to be complacent now. The same goes for Intel. And all of these can only be good for all of us.