One of the key selling points of the Radeon 6000-series cards is “Smart Access Memory” or SAM. SAM is an AMD’s clever technology where they allow gamers owning both a Ryzen 5000-series CPU and a Radeon RX 6000-series GPU in the same rig to maximise system efficiencies. This is accomplished by taking advantage of the RX 6000-series Infinity Cache and allowing the CPU to directly access the graphics card’s full memory buffer, which is more than the standard 256MB that have been the norm until now. What Smart Access Memory essentially does is reduce buffering and latency, through the efficient use of the combined memory of the CPU and GPU. 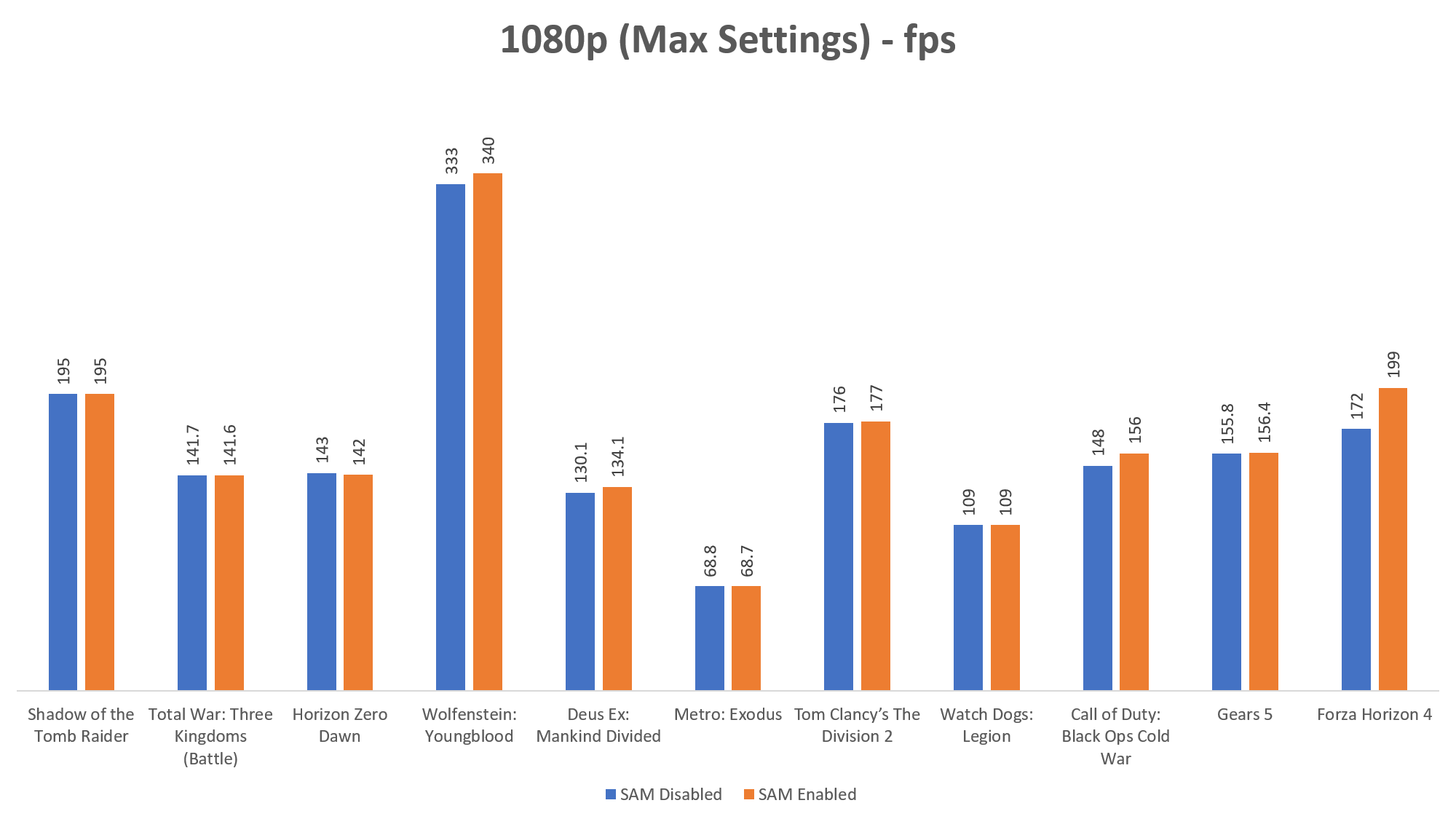 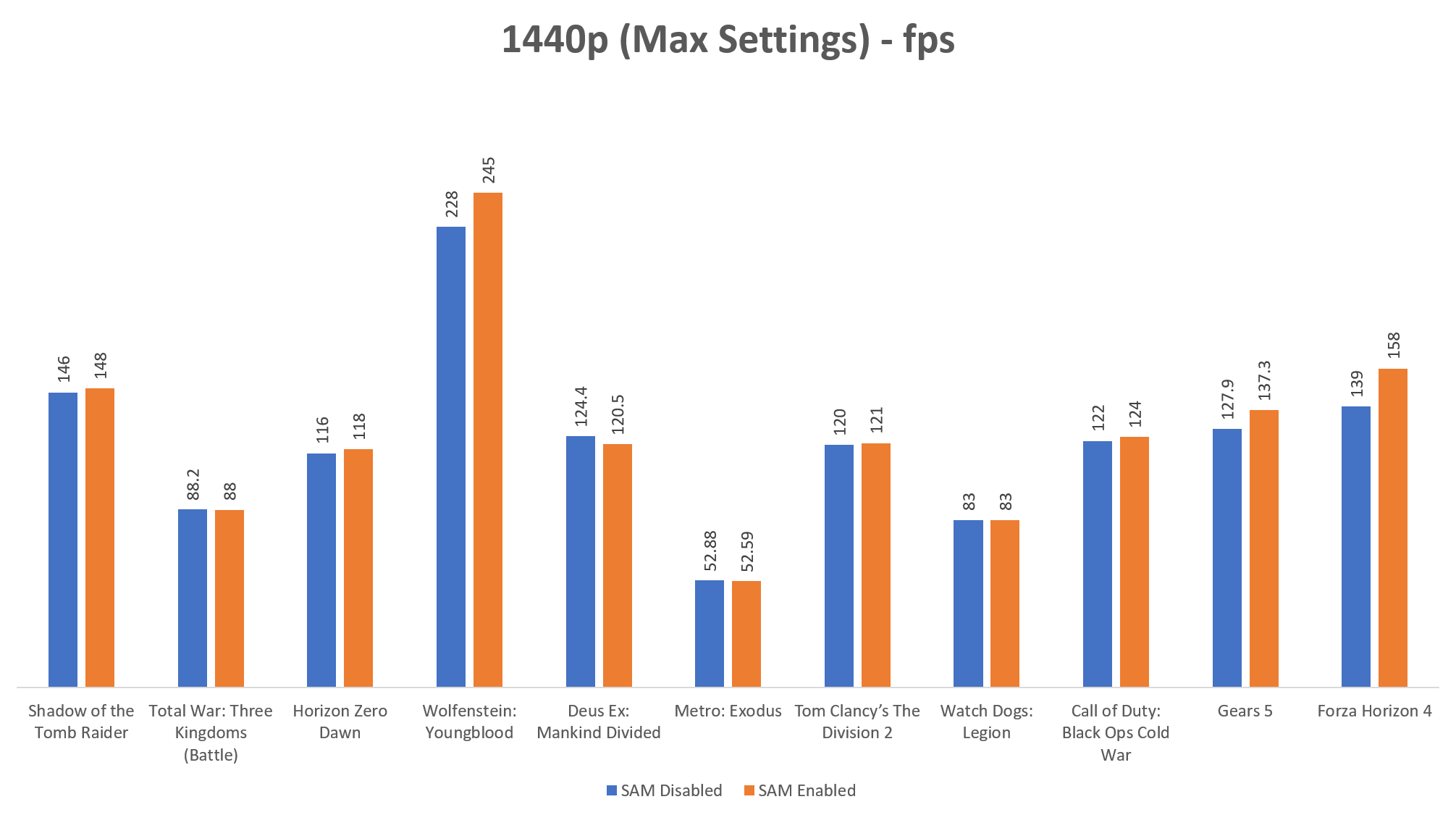 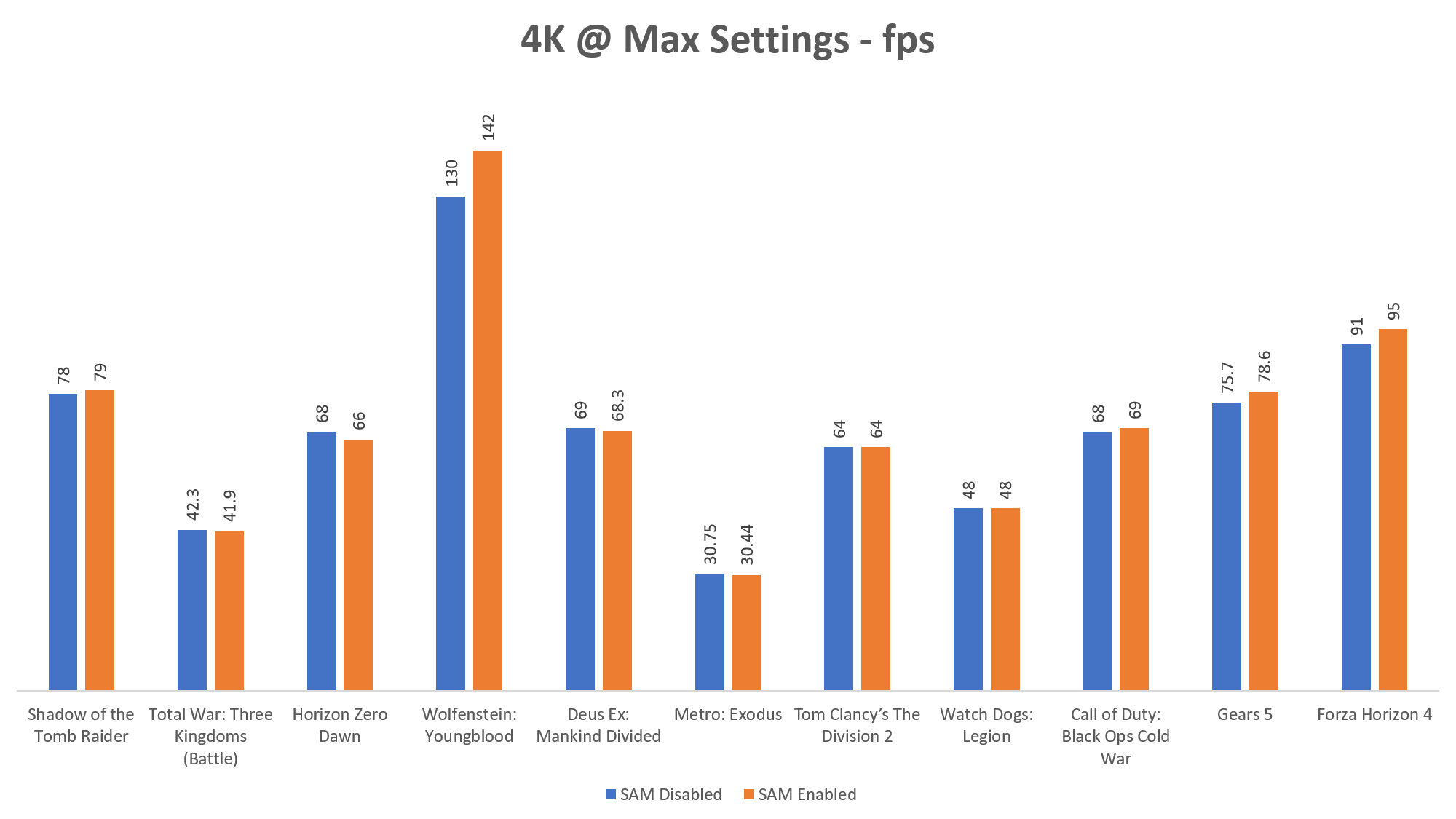 SAM is great stuff for gamers, but as we can see in the above benchmark chart the margins again are negligible at best for most games. Except for Microsoft Studios’ games Gears 5 and Forza Horizon 4, where the gains are more exceptional. To be fair, even AMD have come on the record admitting that the gains with Smart Access Memory enabled, if any, are probably between five to 10-percent tops. So does the feature work? In short, yes. But it’s a fledging feature that’s only recently unlocked and perhaps requires more optimisations for gains to improve. (Spoiler: NVIDIA has also confirmed that they are looking to turn this feature on in their upcoming driver updates)