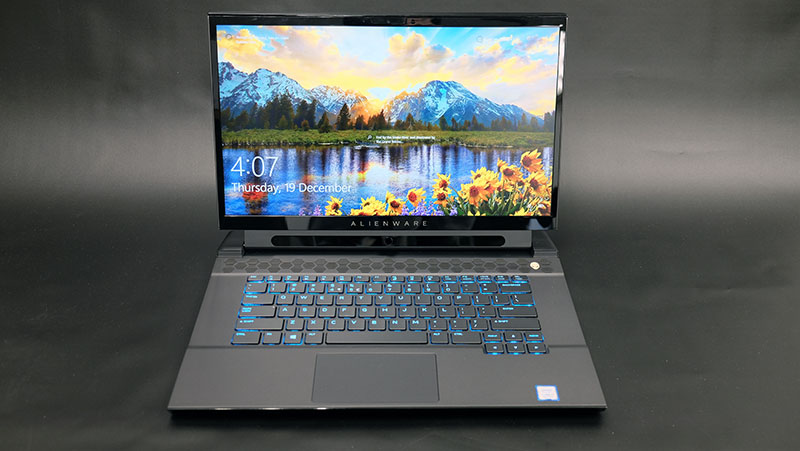 There's just something about the Alienware m15 R2 that pulls you in. It's probably the expert manner in which it walks the line between gaudy and tasteful, artfully finding a middle ground that is all the more attractive. The m15 exudes a cool and contemporary vibe, but it also contains hints of the future as well, smartly filling the gap between a minimalist laptop like the Razer Blade 15 and more ostentatious designs from Acer or ASUS.

The new Legend design language is a big step in the right direction for Alienware, and it does a lot to give the m15 a unique look that no other laptop has.

I particularly like how the sharp, angular lines on the old m15 have been dropped in favour of softer and more modern curves. The lid is also a nearly uninterrupted slab, which is particularly stunning on the white Lunar Light model. The previous m15 resembled the outer hull of some sort of space ship, and while that was kind of cool, I much prefer the cleaner look of the m15 R2. An illuminated alien head sits near the top, and a futuristic number 15 is etched in the bottom right corner. 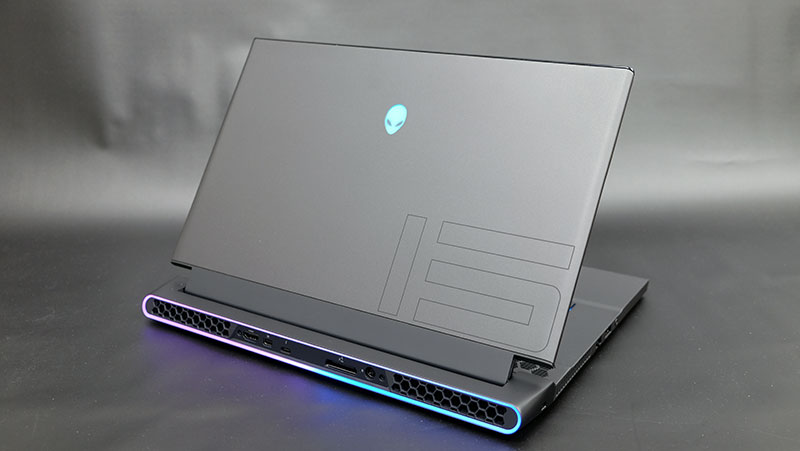 The other colour available is Dark Side of the Moon, which is of course, black. Together with Lunar Light, Alienware is clearly sticking to its outer space theme here, and it's a naming convention that really works for its gaming laptops.

One distinctive design element of the Legend aesthetic is the rounded, elongated bar. This bar runs down the front of Alienware's Aurora gaming desktop, and it's found along the back of the m15. It actually houses the hexagonal mesh vent through which hot air leaves the laptop, and it's a key part of the laptop's look.

This bar is ringed by LEDs too, which can be customised in the Alienware Command Center. The AlienFX lighting system covers this bar, the alien head on the lid, the power button, and the keyboard, so there's a lot to play with here. 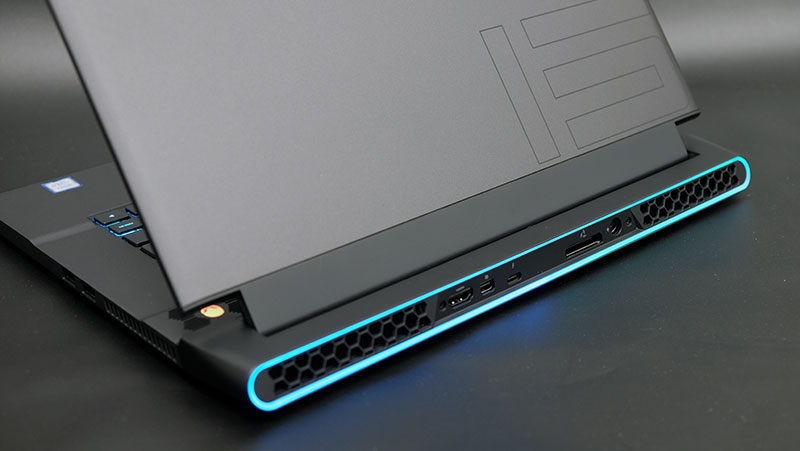 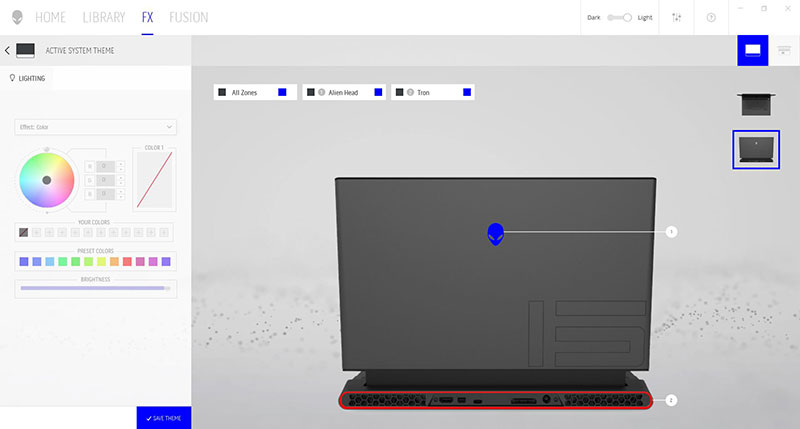 The m15 R2 isn't that much thinner than its predecessor though, measuring 20.5mm at its thickest point. It also features a magnesium alloy chassis this time around to slightly reduce its weight, but it still comes in at 2.16kg. That said, it's still a massive upgrade from where Alienware was just a few years ago. Build quality is also really solid, and there's no obvious flexing when typing or pushing down on anywhere, even the intake grilles above the keyboard.

My one gripe would be the hinge, which doesn't open with quite as fluid a motion as I'd like. You can't really open it with just one hand either, so it seems like Alienware could have done more work on adjusting the resistance of the hinge.

Most of the laptop also sports a soft-touch matte finish, which feels really nice in hand and helps stave off fingerprints. However, I did notice that dust shows up really easily on the black model. 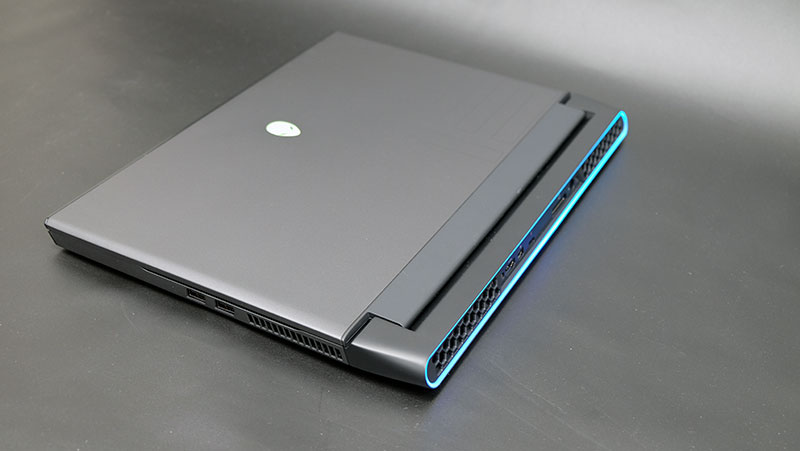 The cooling system has been upgraded too to Alienware's Cryo-Tech v3.0. It comprises two fans, each with 106 fire-resistant, liquid crystal polymer fan blades, and dense copper heatsink fins and composite heat pipes. The fan diameter has also been increased slightly, which means they can push more air as well.

Alienware has included a bunch of thermal modes to choose from, including Silent, Balanced, Performance, and Full Speed. Cool air is pulled in through vents above the keyboard and expelled from the sides and back. The fans get very loud in the latter two modes, but that's par for the course in most gaming laptops today. 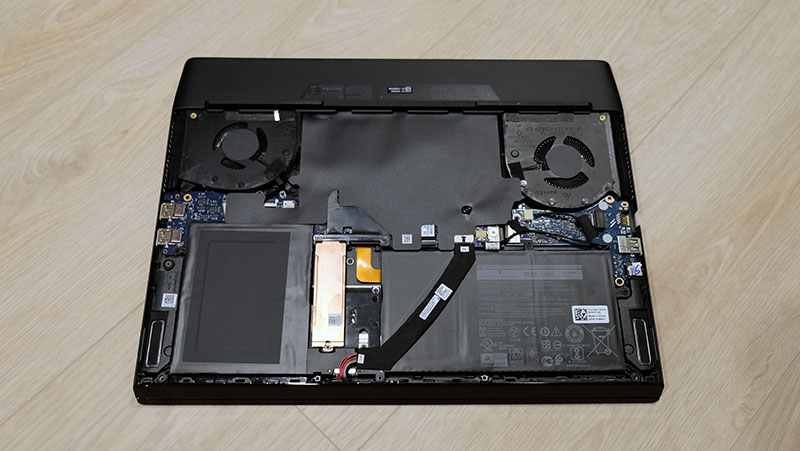 My review unit comes with a 1,920 x 1,080-pixel 144Hz display with a peak brightness of 300 nits. It's brighter than the screen on most other gaming laptops, and colours appear vivid and punchy without any obvious skew toward either the warmer or cooler end of the spectrum. It's a good display, one that's framed with thankfully slim bezels. This still isn't quite the edge-to-edge display you see on laptops like the Gigabyte Aero 15, but they're slim enough that you won't find them much of an eyesore. 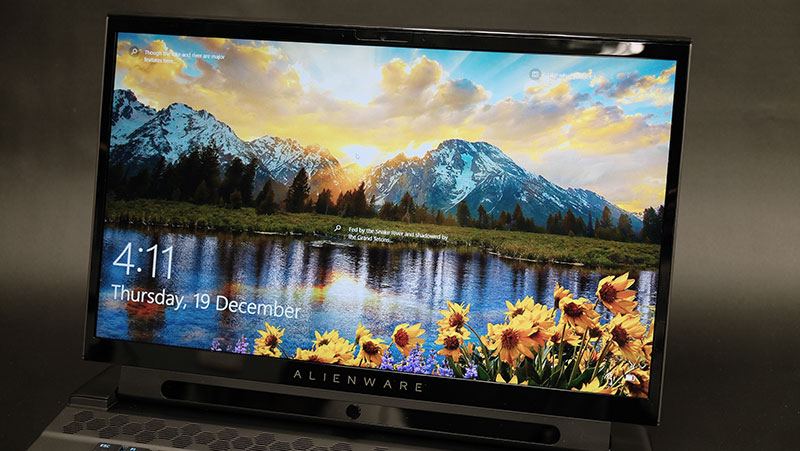 The Alienware m15 does come with one feature you won't find on most other laptops though, and that's support for Tobii eye tracking. This sounds like something that's possibly a gimmick, but it's actually fairly cool in practice. For starters, the calibration process has you look at dots on the screen until they pop, and it feels pretty impressive and accurate.

Once you've got Tobii set up, you can do nifty things with it like turn the screen on simply by looking at it. Your computer will also notice when you're not around and automatically dim the screen to save battery. You can even use it to switch applications when you hold down Alt + Tab, and the system will switch to whichever application you're looking at in the grid. 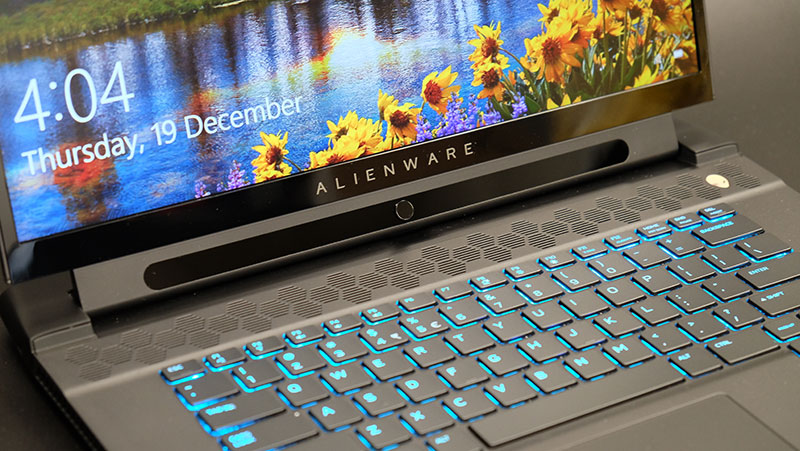 There are more gaming-specific capabilities too. Tobii can tell you which areas of the screen you're looking at, and you can use this information to see if you're focusing too much on one area or neglecting another, which could help improve your gameplay. Streamers can take advantage of Tobii as well as it can show viewers what they're looking at. It may not be particularly useful or life-changing, but it's a pretty interesting feature nevertheless.

Elsewhere, Alienware has upgraded the keyboard on the m15 R2. The keys now sport a slight concave design, which make them that bit more comfortable to use. In addition, key travel distance is now further at 1.7mm, compared to 1.4mm from before. I can't really say that the extra 0.3mm makes a huge difference, but I found the keyboard overall rather pleasant to type on. 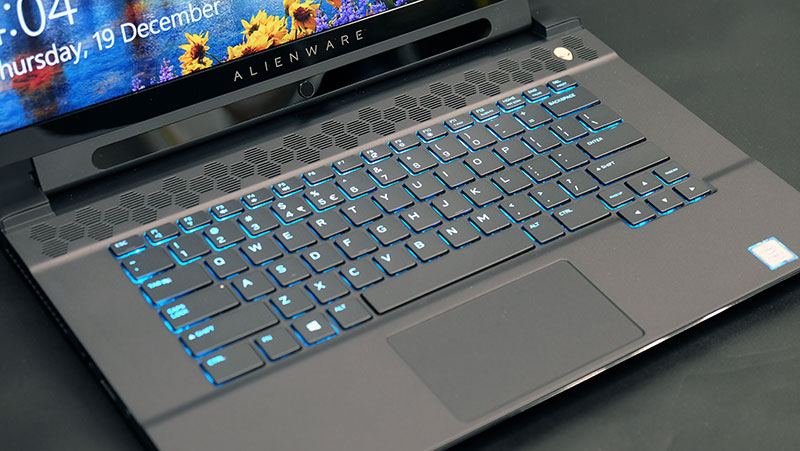 Of course, there's per-key RGB customisations available as well, so you can go to town tweaking the lighting effects to suit you.

The precision glass trackpad is excellent too. It isn't quite as large as I'd like it to be, but it's really more than sufficient, complete with integrated buttons that click satisfyingly.

The two bottom-firing speakers are fairly loud and clear, for a gaming laptop that is, but they're unsurprisingly lacking at the low end. They're perfectly serviceable for games and movies, but you'll still want to put on a headset if you really want to feel the kick of bass and explosions.

The Alienware m15 has quite a few connectors at the rear, including the Alienware Graphics Amplifier, Thunderbolt 3, HDMI 2.0b, and Mini DisplayPort 1.4 output. The port placement is pretty thoughtful since these are the exact ones you'll use when docking the laptop. Putting them on the back makes cable management slightly tidier, especially if you intend to continue to use the laptop's display as a secondary screen. 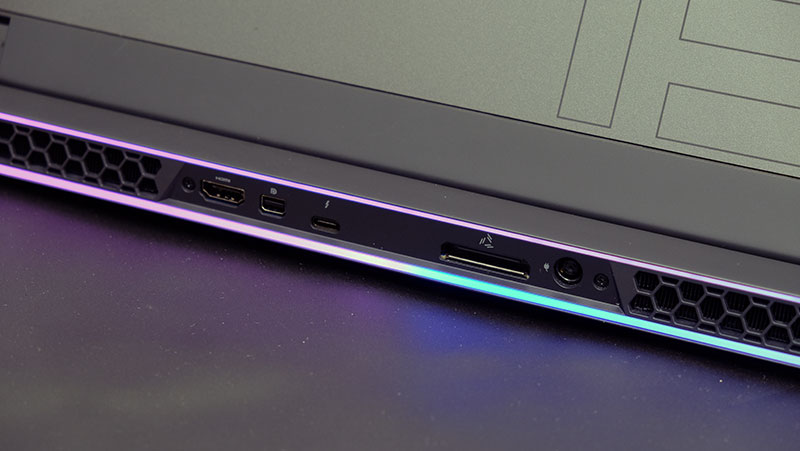 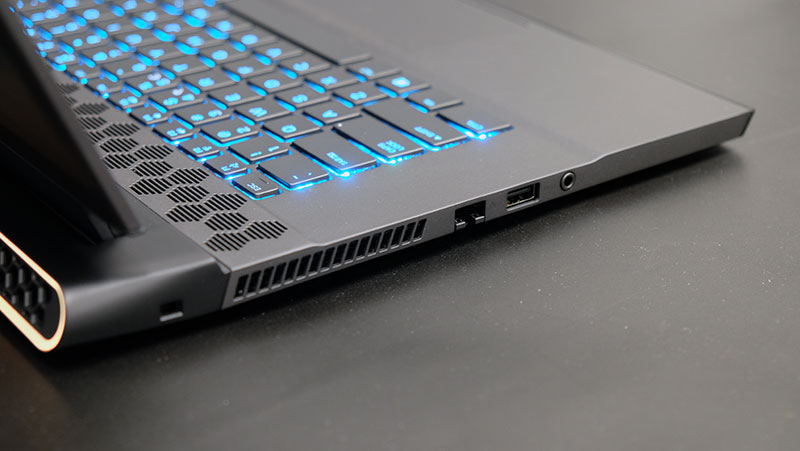 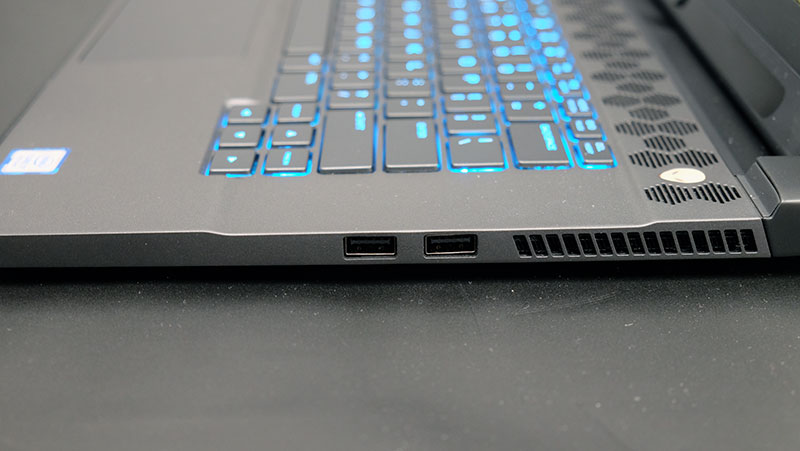