How they sound & conclusion

How do they sound 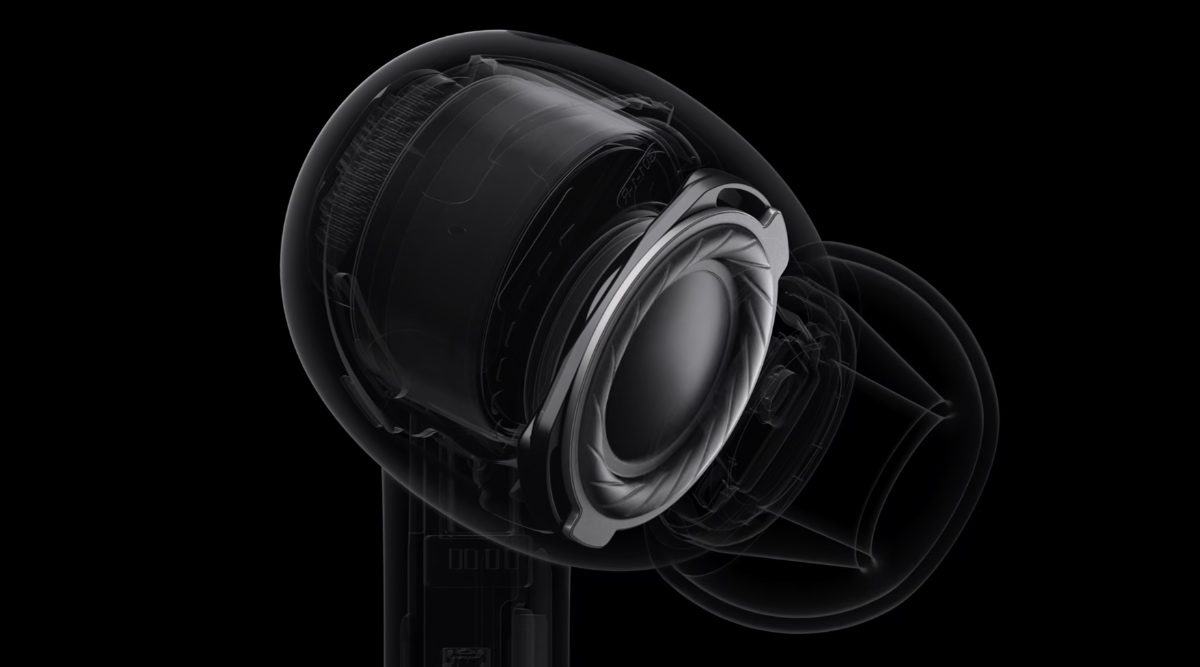 As usual, Apple doesn’t disclose specifics – not that it really matters because what good is knowing the size of the driver – but we do know that this AirPods Pro has a new low-distortion, high-excursion driver and high dynamic range amplifier. Both components are claimed to be custom-made for the AirPods Pro.

Like all recent AirPods devices, the new AirPods Pro feature Adaptive EQ. This means it uses the internal mic and the H2 chip to measure and analyse the sound that’s going into your ears and adjusts the drivers’ frequency response in real-time so that it matches its target tuning. The idea behind this is so that the AirPods Pro can compensate for variances in fit, seal, and ear shapes to deliver a consistent sound. 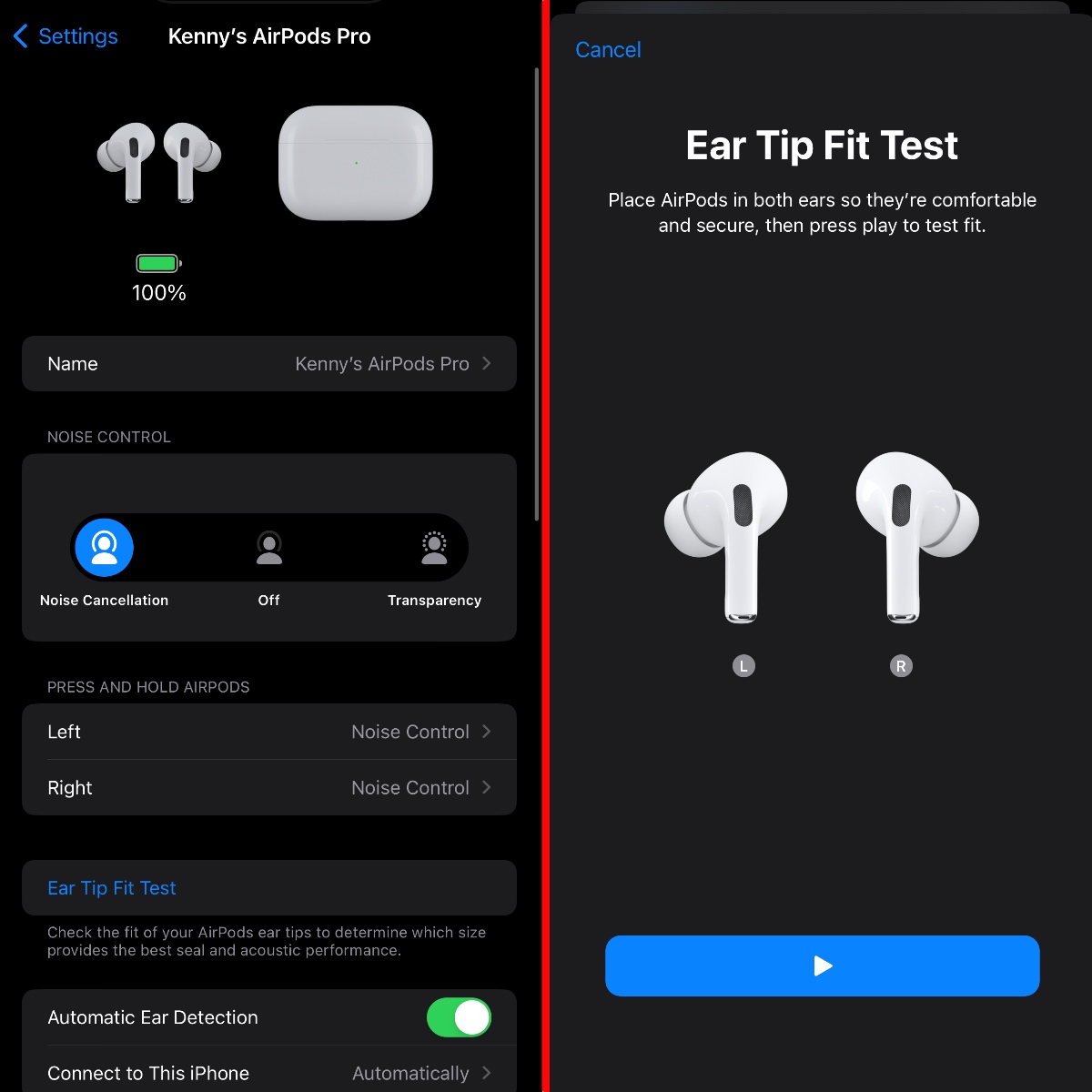 Unsurprisingly, the new AirPods Pro sound quite similar to its predecessor, which is to say it has a V-shaped sound signature – a safe choice because this is the kind of sound that most people prefer. But if I put on my critical listening hat, I can pick holes in it.

The first thing I noticed was the bass. It’s punchy, full-sounding, and stronger and richer than before. Bass lovers will appreciate it but I find that it bleeds too much into mids and could be tighter. Mids as is often the case with V-shaped-sounding earbuds sounded hollow and distant. The treble is mostly tame but there’s unevenness. The lower treble is quite recessed but it ramps up quickly as we approach the upper treble – a common trick that earbuds employ to sound more clear and airy. I suspect, however, most listeners won’t notice any of this. They’ll just enjoy the thumping bass and how easy they are on the ears. 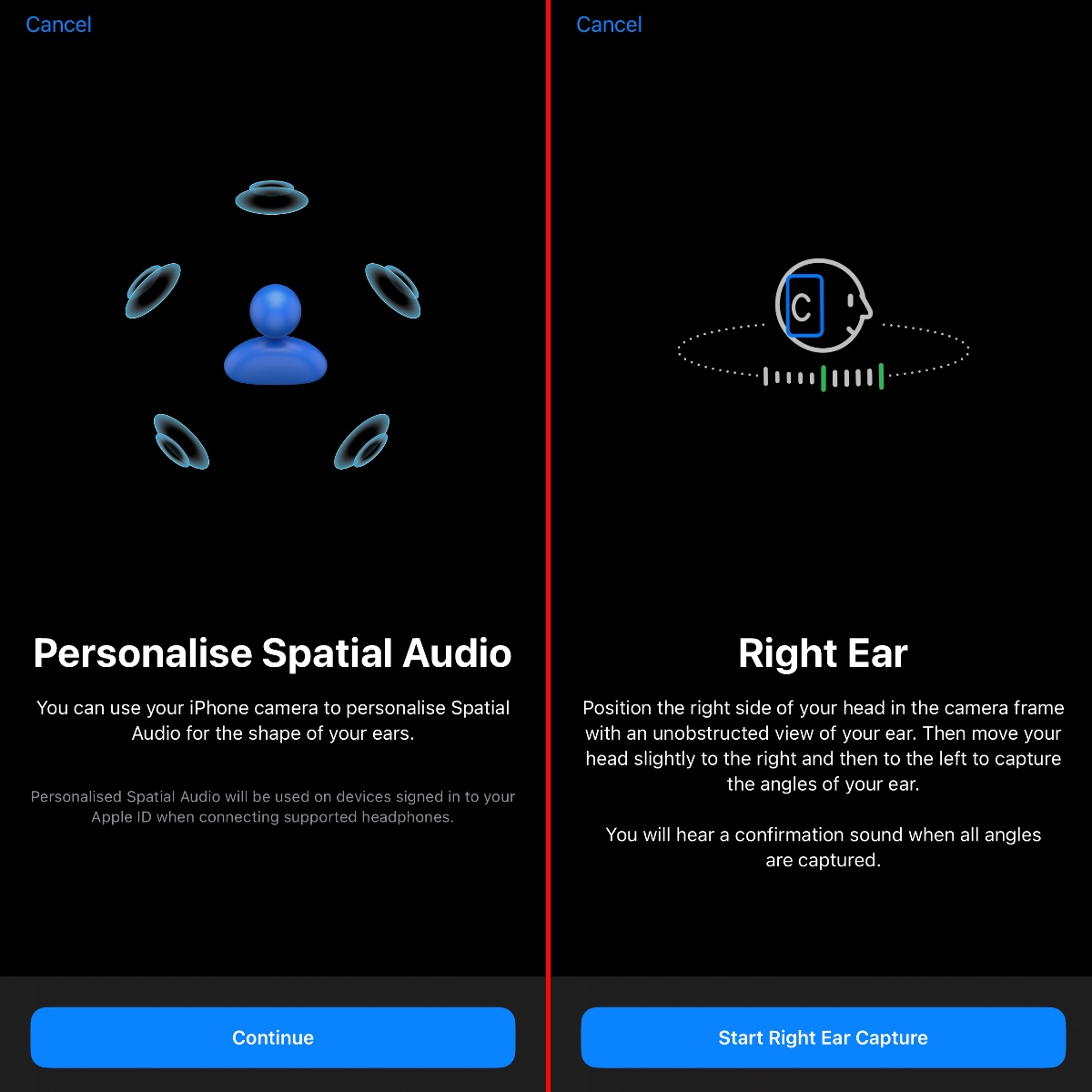 If you like listening to your music in spatial audio, the new AirPods Pro have a Personalised Spatial Audio feature that uses your iPhone’s TrueDepth camera to take pictures of your head and ears to create a personalised sound profile. This is based on concept of head-related transfer function which isn’t new and has actually been employed by companies like Sony for its 360 Reality Audio feature and Creative with its Super X-Fi line of products.

However, in true Apple fashion, creating a sound profile with the new AirPods Pro is markedly more straightforward and fuss-free than it is with either Sony or Creative. Simply go to the new AirPods settings page in the Settings app to start and the process, which is similar to setting up Face ID for the first time, takes all of about two minutes.

Now, I’ll lay my cards on the table and say that I don’t fancy spatial audio and leave it off when I listen to music. The problem is that it only sounds right on tracks that were specifically mastered for it and that’s only a handful. On tracks that are not, it just sounds weird – vocals could sound strangely distant, the stage could sound unnaturally wide, or drums could sound terribly hollow. Does having Personalised Spatial Audio solve this? I’m afraid it doesn’t. Tracks that weren’t mastered for Spatial Audio still sounds janky. But on those that are, they sound even better – more powerful, dynamic, and wide. 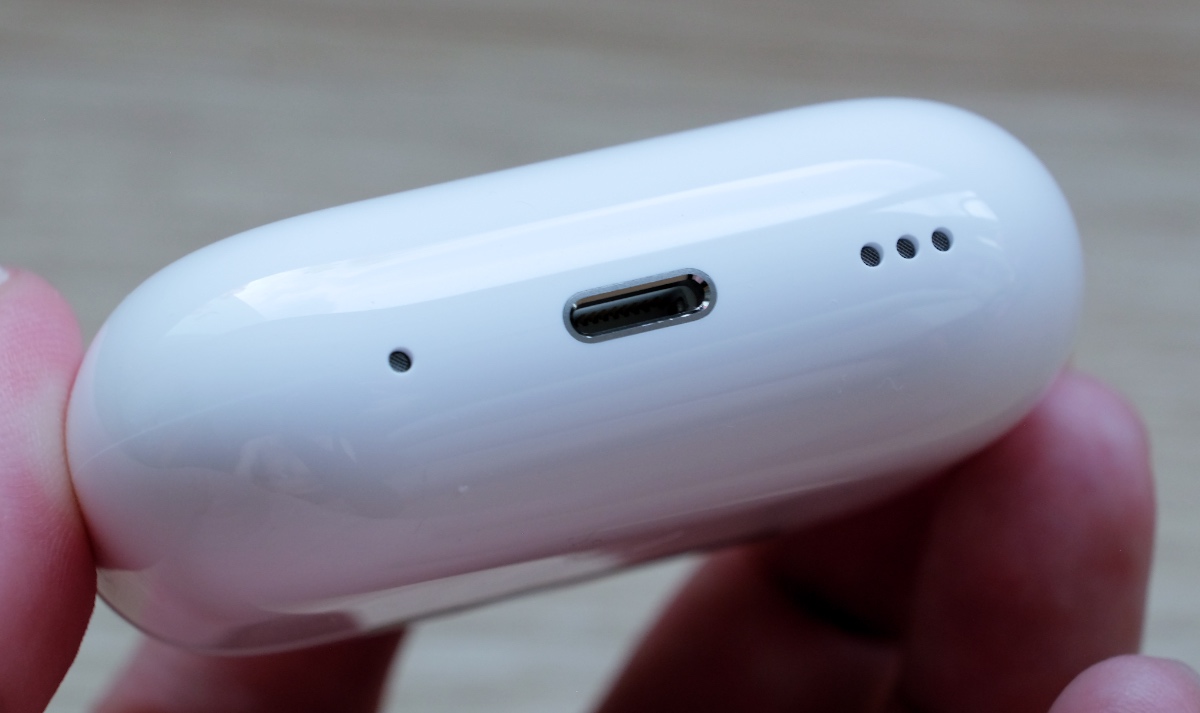 As for battery life, Apple claims up to 6 hours with on a single charge and up to 30 hours with the charging case. That’s entirely believable. I could get through a whole day of work with on-and-off listening and it was only after three days that I had to put the charging case on the charger. 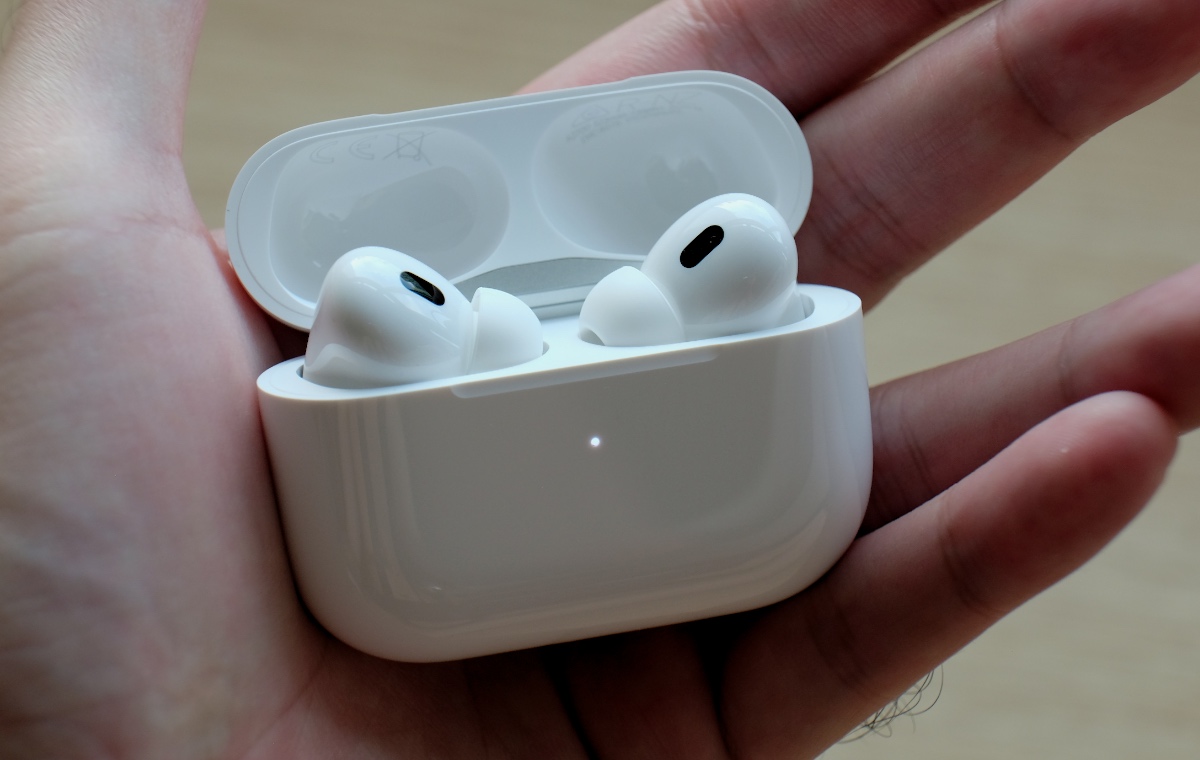 There’s no question the new AirPods Pro are a big step up from their predecessor. Active noise cancellation has improved substantially and the transparency mode is a little better. It also has received other welcomed updates like the findable charging case, the ability to adjust volume, and improved battery life. I think most people will also like the way it sounds too. It's also easy to create personalised profiles if you like listening to your music in spatial audio.

At S$359, they are actually quite affordable for a flagship Apple product (relatively speaking, of course). Yes, it’s S$90 more than the regular AirPods, but they are – surprise, surprise – actually S$20 less than the launch price of the first-generation AirPods Pro. They are also S$20 less than Sony’s WF-1000XM4 which retails for S$379. They are also less dear than other flagship earbuds from premium audio names like Klipsch, Bowers & Wilkins, and Master & Dynamic – which all cost well over S$400. Get them from Amazon Singapore and you can get an additional S$8 off if it's your first purchase on the Amazon App.

As good as the new AirPods Pro are, they aren’t perfect. To start, it still doesn’t support true multi-point connections. I know Apple gets around this by using iCloud as a crutch to tell it which Apple device to connect to, and while it mostly works, there were times when they don’t switch devices properly. 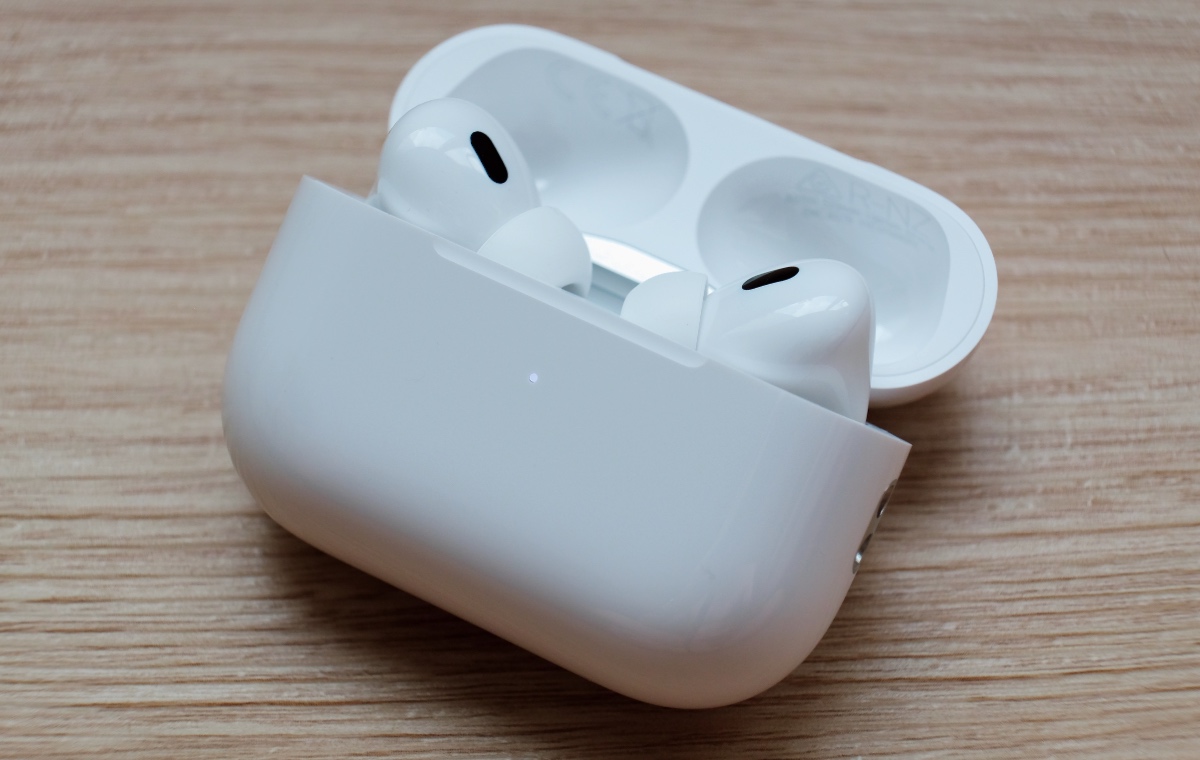 But my biggest gripe about the new AirPods Pro is that they don’t support Apple Music Lossless. Admittedly, lossless music contains much more data than what Bluetooth was designed to handle and I suppose there are design constraints that Apple cannot overcome, but it’s a shame considering they are Apple’s flagship true wireless earbuds and Apple Music Lossless is really one of the highlights of Apple's music streaming service.

You can find the AirPods Pro on the Apple Online Store, Amazon, Lazada, and Shopee.

Write a Review
Compare This | Specifications
Incredible noise-cancelling
Peerless transparency mode
Respectable sound quality
Decent battery life
Easy to set up
Charges with the Apple Watch puck and MagSafe
Tight integration with Apple devices
No true multi-point
Still charges via Lightning
No battery level indicator on case
Doesn't support Apple Lossless audio
Bass could be tighter
Our articles may contain affiliate links. If you buy through these links, we may earn a small commission.
Sponsored Links