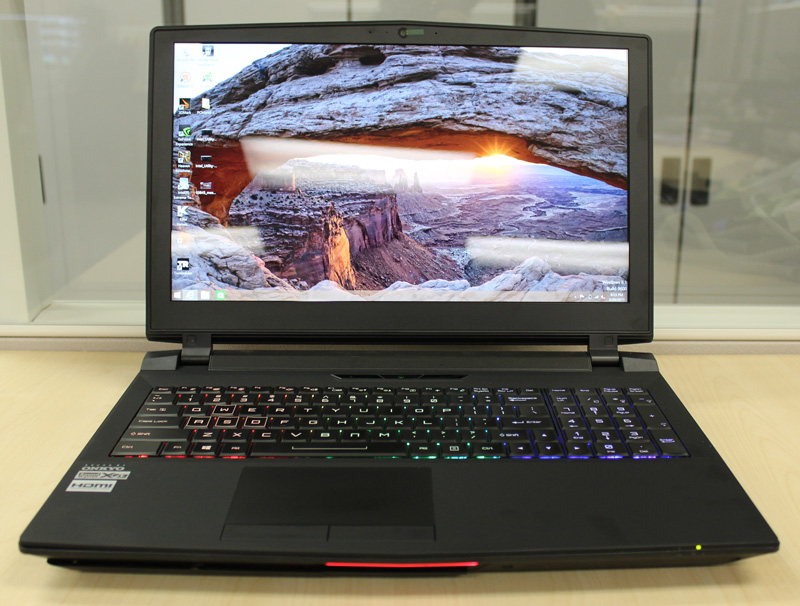 It’s rare to see a notebook with exotic hardware. Sure, once in a while something like the MSI GT80 2QE Titan SLI comes along with its mechanical keyboard and gold topped keycaps but for the most part, laptops tend to have pretty standard hardware that’s specifically created to be used in a laptop. Aftershock being a boutique computing specialist, they've gone out of their way in creating a new portable gaming rig by deploying a desktop processor inside a notebook. Why would they do that? We'll get to that and a whole lot more soon after we break down the specs talk.

Not content to be running basic notebook processors, the guys at Aftershock have gone and added a desktop class CPU to a notebook and the resulting combination is the W-15. Running Windows 8.1 Professional, this 15.6-inch class notebook has got a top of the line Intel Core i7-4790K (4.0GHz, 8MB cache) Devil's Canyon Haswell Refresh processor andeven has an option to outfit with a 4K display (3840 x 2160 pixels) just for kicks. Of course, if that's an overkill, Aftershock's default configuration for the W-15 has a standard Full HD display. Powering it all is a NVIDIA GeForce GTX 980M with 8GB GDDR5 RAM to support the high resolution display. It also packs 8GB of DDR3L RAM and well as both a 128GB M.2 SSD and a 1TB 7200RPM HDD for storage. The guys at Aftershock know that since most people will be gaming online, a Killer network card is highly sought after, which is why the notebook uses Qualcomm’s Killer 1525 AC Wi-Fi and Bluetooth for connectivity. Aural duties are handled by the  usual pair of Onkyo speakers, making use of the Sound Blaster X-Fi MB3 audio suite.

In short, the Aftershock W-15 is looking to be an effective and powerful desktop replacement machine for extreme users without the larger 17-inch or larger screens associated with such machines.

Outwardly, the Aftershock W-15 is unassuming. Its matte black plastic casing is similar to other notebook offerings from the company, though its 3.4KG weight won’t be winning it any lightweight gaming notebook of the year awards anytime soon. While the 386 x 262 x 35.7mm dimensions are relatively in line with Aftershock’s other 15-inch machines, the W-15 is the heaviest of all the company's 15-inch class notebooks. The rest of Aftershock’s offerings of this form factor are about 2.5KG.

The reason Aftershock's using a desktop processor is that they are are much more cost effective, while providing much better performance than their mobile counterparts. The one in the machine is the Intel Core i7-4790K, a processor with a 4GHz base speed. There's absolutely nothing in the mobile processor class that can match that. There are some downsides to using a desktop processor, but we'll touch more on that later.

Aftershock's W-15 has the distinct honor of being the first 15-inch notebook we've reviewed this year that comes with a 4K display. Gigabyte's P35X V3 came close with its WQHD+ (2,880 x 1,620 pixels) LCD display but that resolution is still blown away by the 3,840 x 2,160 pixels resolution found in the W-15. Colors are vibrant and with accurate reproduction on 4K. The only issue we have with the screeen is the same we had with HP's Omen - the screen's glossy coating is distracting if you're viewing it from an angle. Fortunately, if you're going to be the one using the notebook, the glossy screen shouldn't be much of an issue unless you've tricky lighting conditions that cast reflections even when viewed head-on. 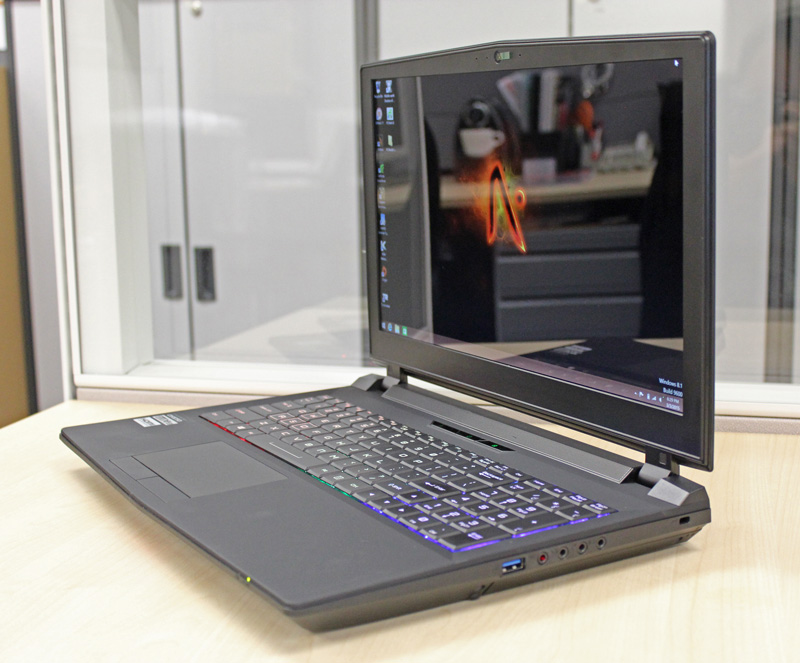 Apart from the hybrid SATA/USB 3.0 port, the rest of the ports are pretty much what you'd expect from a gaming notebook, though there isn't a Thunderbolt port. 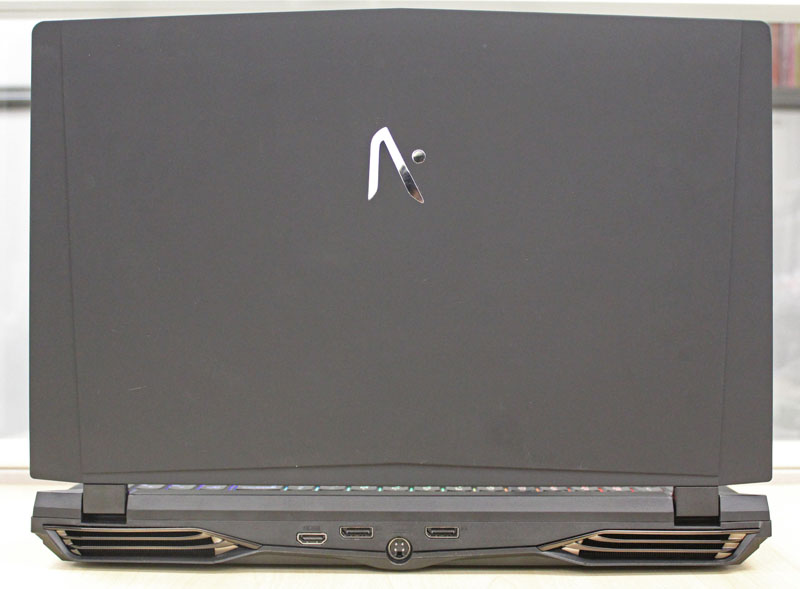 The W-15's keyboard isn't the usual chiclet based keyboard you would get from a normal notebook. Its squarish keys are similar to the ones found on Aftershock's Titan V2.1. Like the Aftershock Titan V2.1, the thick base affords it to have a greater depth, which allows for a great typing experience. It can't much up to the MSI GT80 2QE Titan SLI's mechanical keyboard, but it's better than the normal chiclet ones that you would encounter in a typical notebook. Aftershock also allows color customization of the backlights on the W-15. The backlights are bright enough that they're even visible under office lighting, so just imagine how bright it would be in the dark. 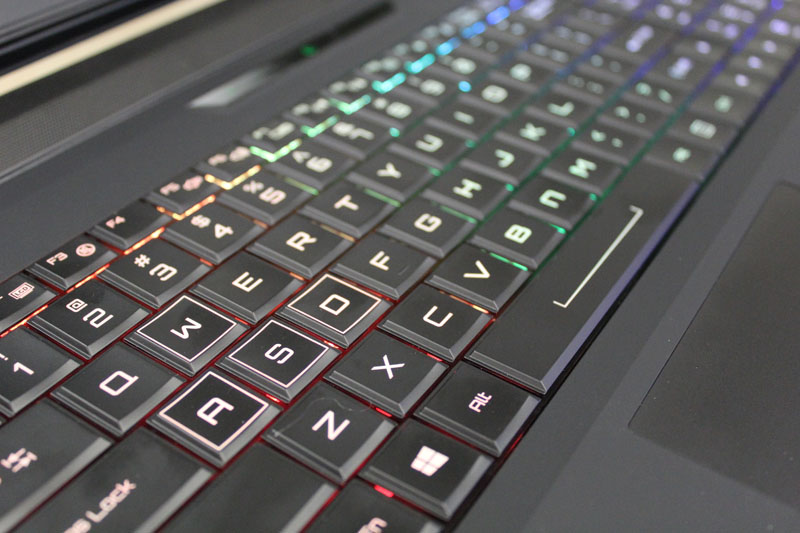 Since the Aftershock W-15 has a numpad, there isn't any space left over for any macro or special shortcut keys at the side. We don't mind the lack of such keys but if you're somebody who prefers them, do take note and consider 17-inch gaming notebooks that have more space to accommodate such keys. On the flip side, you can customize the keys using Aftershock's bundled keyboard customization software, so the lack of these dedicated keys is not a real deal breaker. 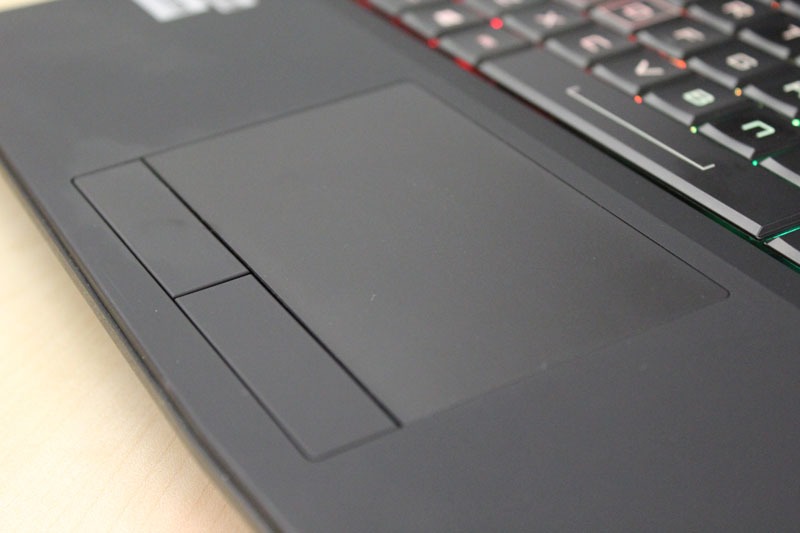 The fuss regarding the W-15 is that the machine uses a desktop processor, in this case, an Intel Core i7-4790K. The reason most notebook manufacturers don't use desktop processors is because they consume more energy than mobile ones, leading to more heat generated. Consequently, this means that it requires a more robust cooling system, which in turns translates to more space required and leads to a bigger, bulkier machine. On the upside, desktop processors offer better performance at a cheaper price. To accommodate the W-15's desktop processor, Aftershock had to retool the cooling system with thick heat pipes to quickly draw heat away from the CPU and GPU, and then couple these with two massive fans at each ends of the notebook to ensure that the heatsink cools off effectively. This elaborate heatsink and cooling arrangement is one of the key contributing factors to the W-15's above average weight and thickness. 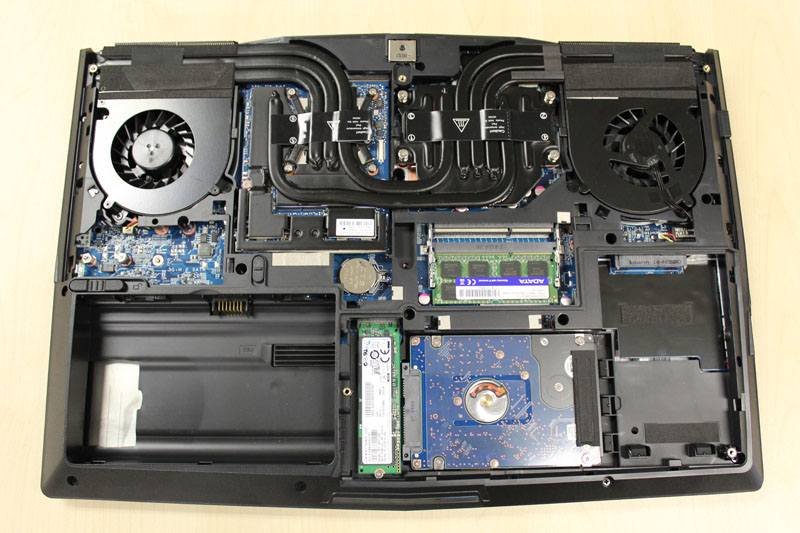 Fortunately, Aftershock has intelligently positioned the upgradable components out of the way of the elaborate heatsink and fan components, so you can easily swap out RAM, SSD and HDD without needing to bother with the cooling areas at the top of the machine. The NVIDIA GeForce GTX 980M is a MXM3 module and can be upgraded in the future, but this is something that is best left to the guys at Aftershock since it involves removing the entire heatsink to get to the GPU.

As the W-15 uses an unlocked desktop CPU, it can easily be overclocked for faster performance. In fact, you don't even have to mess around with the BIOS to do it since the machine comes with Intel's overclocking program. Aftershock claims that the W-15 has an overclocking headroom of around 5%. This is not much, but it is decent considering it has to make do with its stock cooling configurations. 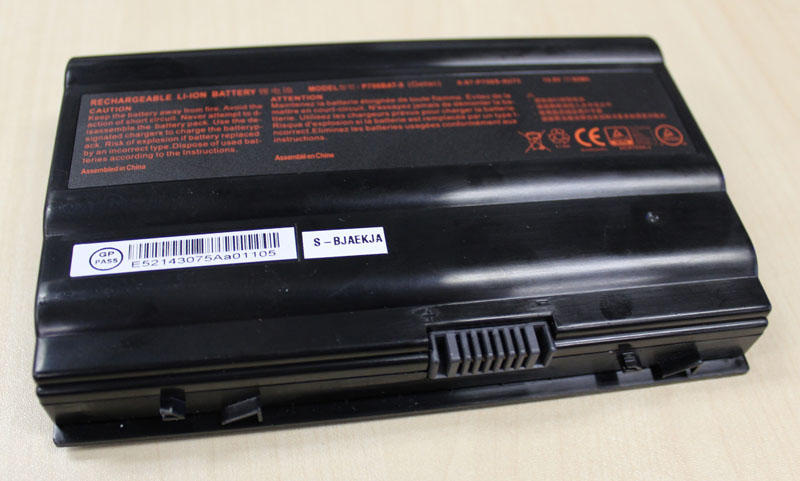 Now that we've seen the hardware of the Aftershock W-15, it's time to see if it can deliver on its potential. Head on to the next page!