Battery life on the Vapor 15 Pro is pretty great in Balanced mode. It still doesn't match up to the Predator Triton 500, but it's ahead of the Razer Blade 15 and way better than the Lenovo Legion Y740. The Gigabyte Aero 15 OLED XA lasted 307 minutes, so the Vapor 15 Pro goes toe-to-toe with a laptop that has traditionally delivered one of the best battery performances on a 15.6-inch gaming notebook, an impressive feat.

I also ran the same battery life benchmark in Battery Saver mode and came up with 310 minutes, not a particularly big difference.

The Vapor 15 Pro does well in our portability index too, which takes into account factors like weight, dimensions, and battery life. Its 1.87kg weight and good battery life help it edge ahead of the Razer Blade 15, and the Vapor 15 Pro is really one of the best portable gaming machines you can get right now. 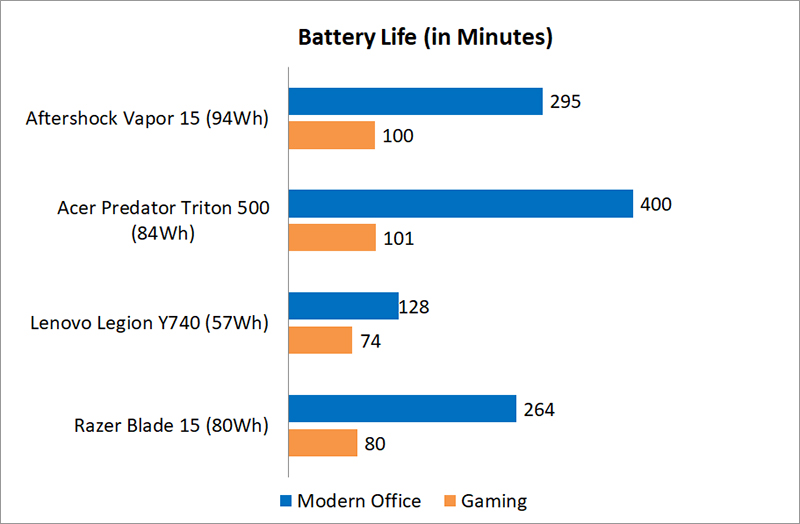 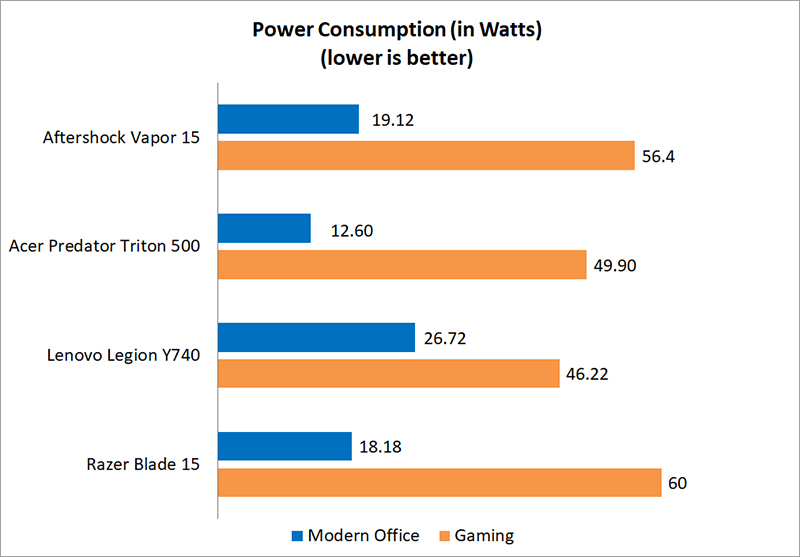 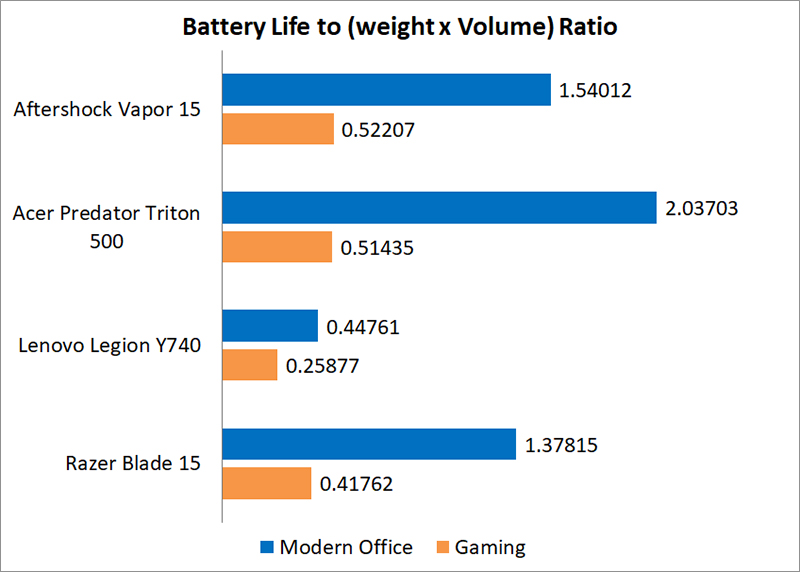 I tested the thermal performance by running 40 loops of 3DMark's Fire Strike Extreme stress test. This laptop may have much hyped-up thermal performance, but don't expect freakishly low numbers or anything like that. Still, peak CPU and GPU temperatures are great, and setting the fans to max speed further brings temperatures down to 63°C for both.

It's still cooled using a fairly standard setup – I count four heat pipes in total, with one dedicated to the GPU on the left and three shared between the CPU and GPU. These in turn channel heat to four different heat sinks. 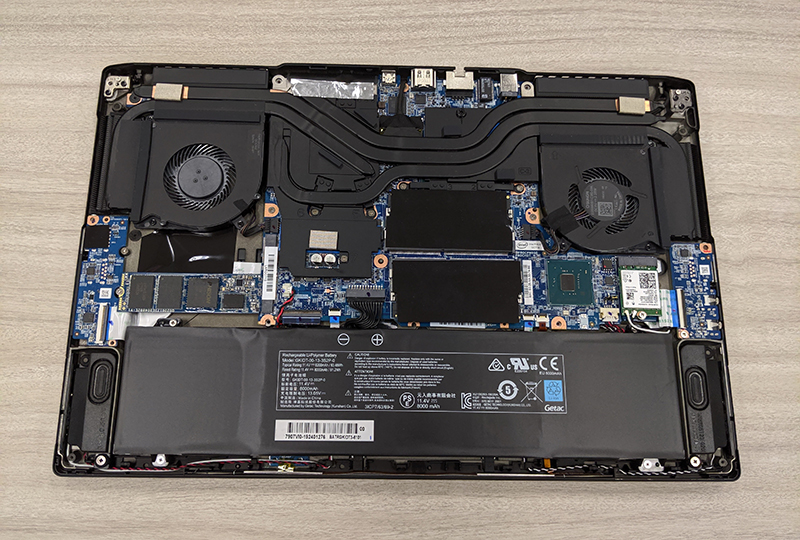 I take my temperature readings in the same air-conditioned room to maintain consistency, but I also try to use the laptops in a non-air-conditioned environment. In the latter scenario, the Vapor 15 Pro feels markedly cooler, especially around the palm rests and areas like the WASD key cluster. They almost never got excessively warm, which I found to be quite impressive. In contrast, while the Blade 15 never got too hot to touch, I could positively feel the heat emanating from it when touching the palm rests.

Instead, heat on the Vapor 15 Pro mostly seems concentrated around the upper-middle segment of the laptop, which you're probably never going to touch anyway. I can also feel cool air being circulated around the left and right sections of the keyboard.

Noise levels are under control too. The fans are audible at top speed, but they're quite bearable. 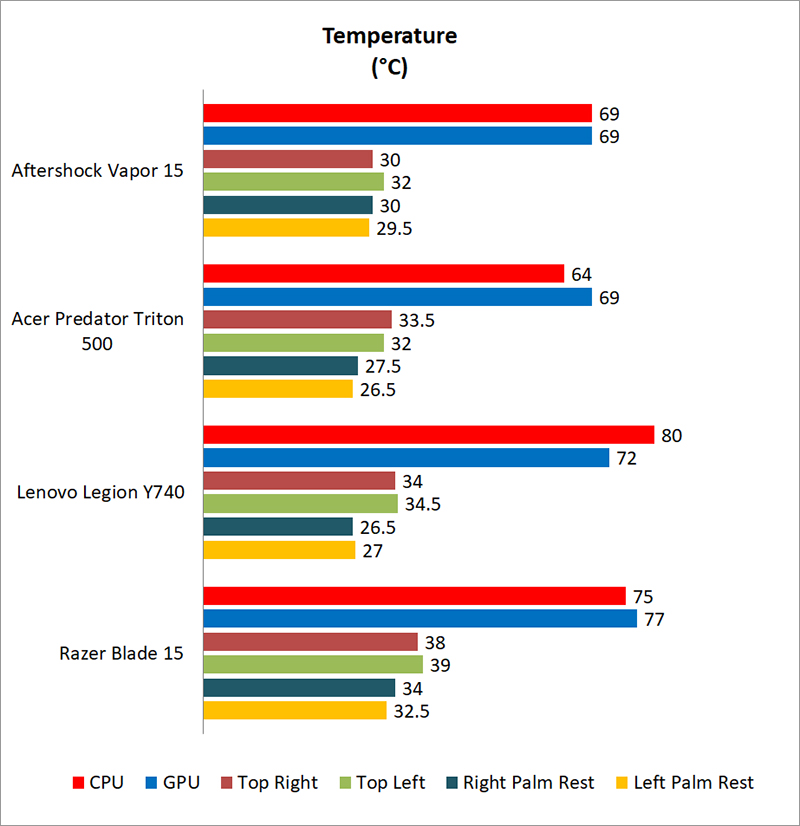