I measured the external temperatures of the four quadrants of the notebook after 40 loops of 3DMark's Fire Strike Extreme stress test. This amount of time is more than enough to get an idea of your average maximum running temperature for this workload and heavy gaming in general.

The APEX-15 actually did quite well compared to the competition when it came to thermal performance - which we kind of expected based on the configuration difference. The peak CPU and GPU temperatures under load were quite a bit lower than the Razer Blade, and the surface temperatures on the palm rests were chillier as well. Some of that can be attributed to the less powerful NVIDIA GeForce GTX 1060 6GB outputting less heat, but the large-sized vents on the APEX-15 clearly aren’t for show either. 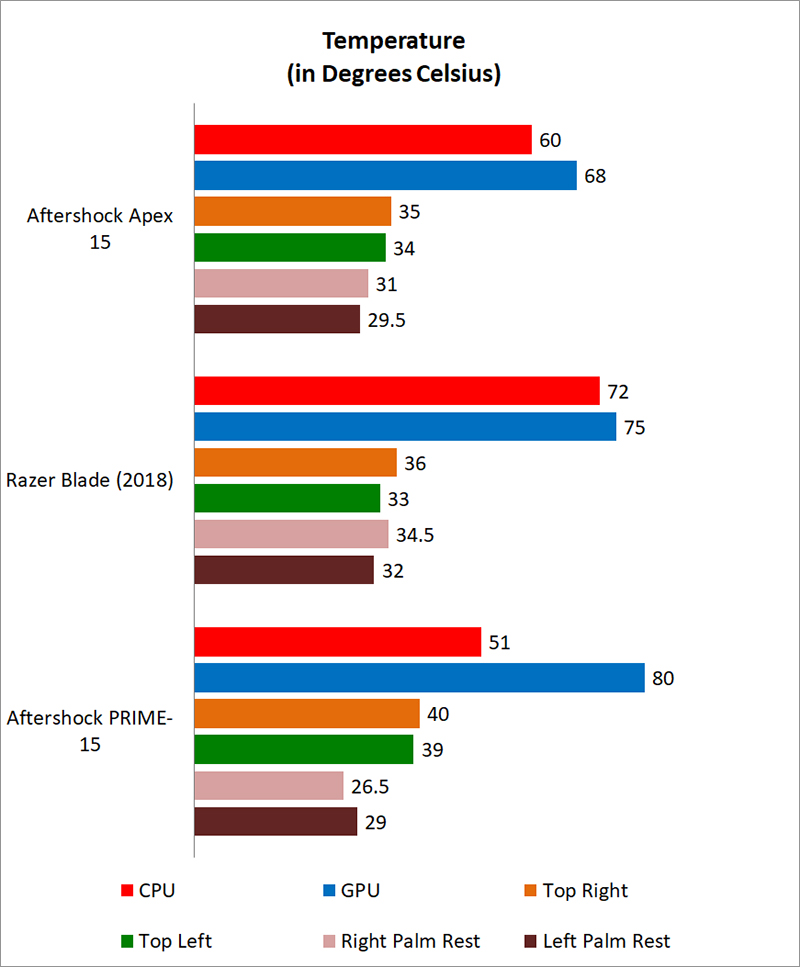 Unfortunately, the APEX-15 isn’t quite able to capitalize on its slim and light design due to its poor battery life. The 46.74Wh unit on the laptop just isn’t big enough to sustain it away from a power socket, and this is one of the biggest weaknesses of the laptop. That’s a pity, since the power consumption numbers show that it could actually have lasted pretty long (the APEX-15 with the GeForce GTX 1060 6GB still drew less power than the Razer Blade with the GeForce GTX 1070 Max-Q), if only it had a larger battery. 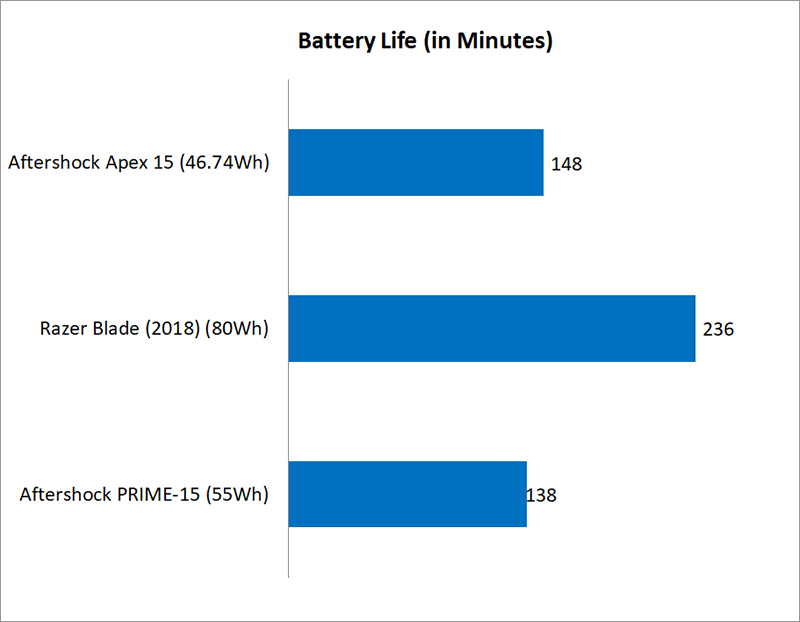 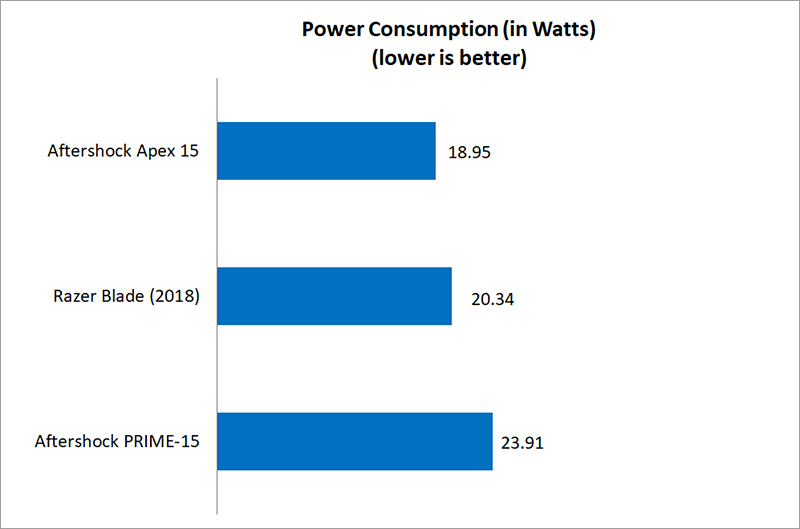 The portability index is an objective measure of how portable a notebook is, taking into account factors like size, weight, and battery life.

The APEX-15 still managed to inch ahead of the PRIME-15 here, but it still couldn’t compete with the Razer Blade because of the latter’s large 80Wh battery and excellent battery life. So while you can probably carry the APEX-15 around with few issues, you’ll need to make sure there’s a ready power outlet for you to use when you’re away from your desk. 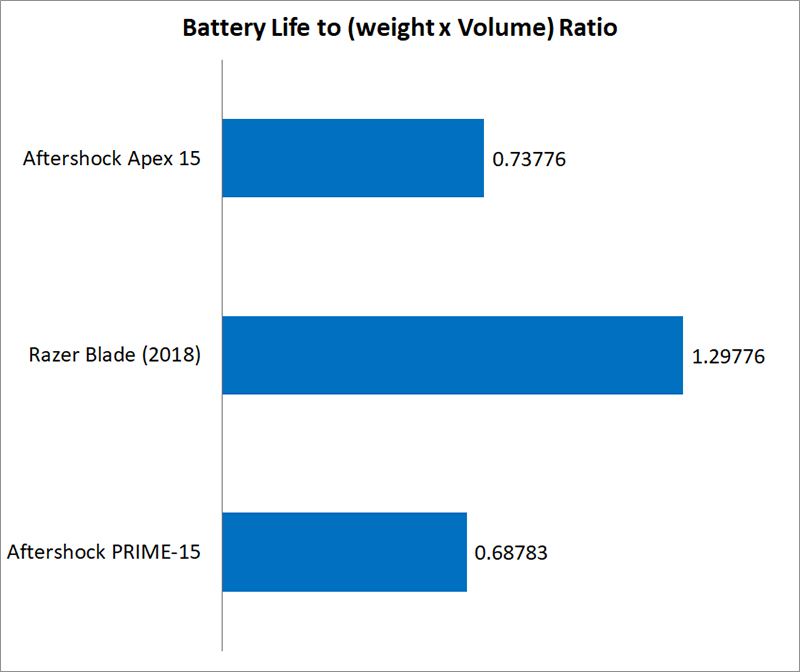