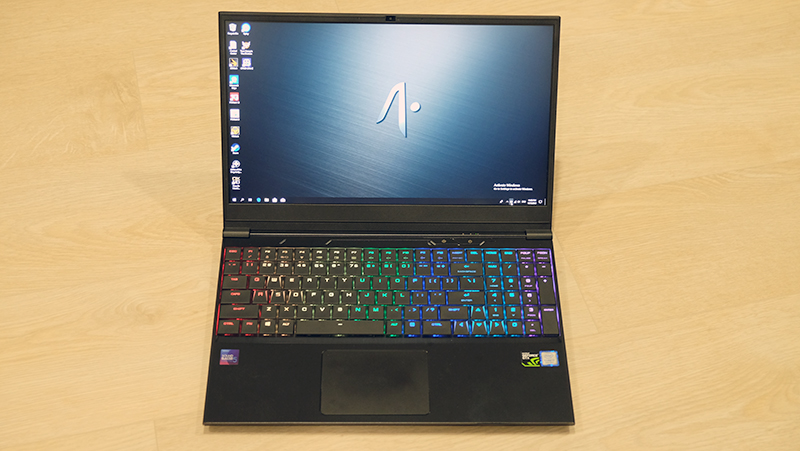 Aftershock’s APEX-15 was designed to compete directly with the latest crop of thin-bezel gaming notebooks. That’s no easy task, and the field is stacked with competitors like the Gigabyte Aero 15X, MSI GS65 Stealth Thin, and Razer Blade.

However, for its price, the APEX-15 brings quite a lot to the table without sacrificing too much. The NVIDIA GeForce GTX 1060 6GB can handle most games at 1080p resolution, even if it probably won’t be able to maximize the 144Hz screen refresh rate. In fact, the APEX-15 even edges out its rivals in some areas, as evinced by the inclusion of its optical switch mechanical keyboard.

Like the rest of the competition, one of the most attractive things about the APEX-15 is how compact it is for a 15.6-inch notebook. The slim bezels mean it’s closer in size to a 14-inch laptop, so you benefit from the greater screen real estate without having to put up with much more bulk. 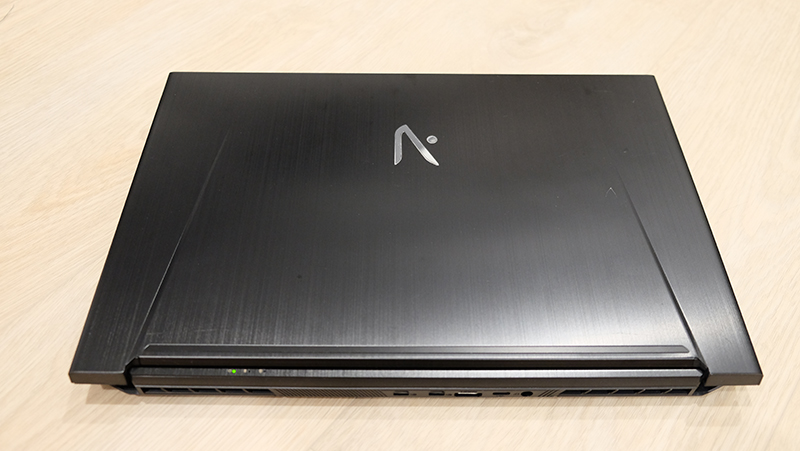 The APEX-15 features a 1,920 x 1,080-pixel AHVA (or Advanced Hyper Viewing Angles) 144Hz display. This is an IPS-type panel manufactured by AUO, and has similar performance characteristics as the displays you see referred to as IPS panels. In my experience, colors appeared reasonably vibrant, and I wasn’t bothered by any bias toward the colder or warmer end of the color spectrum. Viewing angles were good as well, although I’d have liked the display to be a little brighter.

There’s also room in the top bezel for the webcam, which I consider to be a good thing. While this means the bezels aren’t quite as razor-thin as those on the Gigabyte Aero 15X, any space-savings resulting from the latter arrangement aren’t enough to justify putting up with the awkward camera angles that would result from shifting the webcam to the bottom bezel.

The other distinctive feature is the optical switch mechanical keyboard. The low-profile switches are of the tactile and clicky variety (60g actuation force, 2.0mm travel distance), and they produce a very distinct click sound when pressed. This means that this probably isn’t a laptop you want to take to the lecture hall or meetings as it can get pretty noisy. At the time of writing, only clicky switches are available, but Aftershock tells us that a non-clicky, tactile switch is coming soon, so that may find a wider audience. 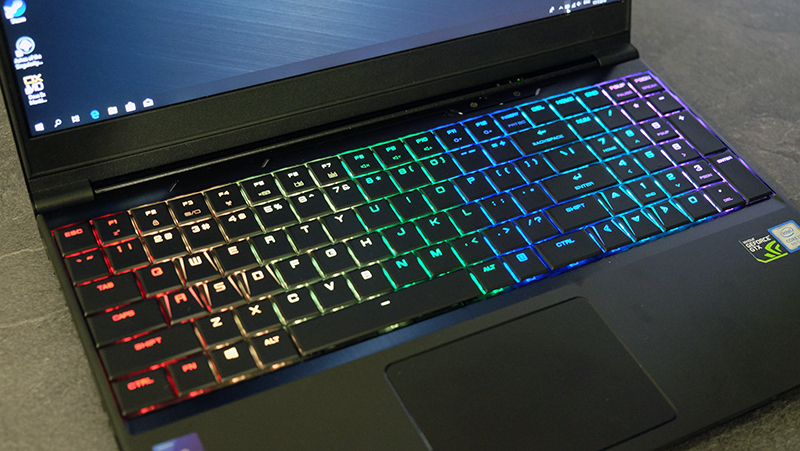 Optical switches are the latest thing in mechanical switch technology, and they use light for actuation instead of metal contacts. This means that optical switches are less susceptible to problems like contact degradation or other issues with wear-and-tear, so they can last longer.

The other benefit of optical switches is that they eliminate the need for any sort of debounce delay. This delay is usually introduced to account for the bouncing, or the generation of multiple signals, that occurs when two metal contacts touch each other. It’s necessary to avoid picking up multiple signals and registering extraneous key presses, but it also adds a small delay (albeit usually indiscernible) delay to each keystroke. In theory, optical switches are faster because they don’t have this delay. 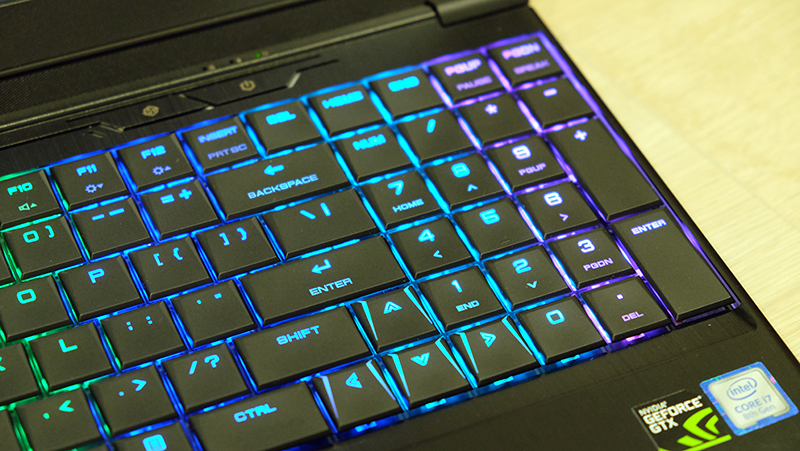 In addition, you get N-key rollover and per-key RGB lighting customizations. A separate LED bar runs along the front of the laptop, and you can tweak the effects on that as well.

The mechanical, clicky switches are a really nice inclusion, and I appreciate Aftershock making the effort to help the APEX-15 stand out. The switches provide good feedback and are definitely more satisfying to use than their non-mechanical counterparts. However, there’s still some key wobble, which marred the experience somewhat, and the shorter travel distance still doesn’t quite come close to a proper standalone mechanical keyboard.

The keyboard also eschews the chiclet design, which doesn’t look the best to my eyes, aesthetically-speaking. 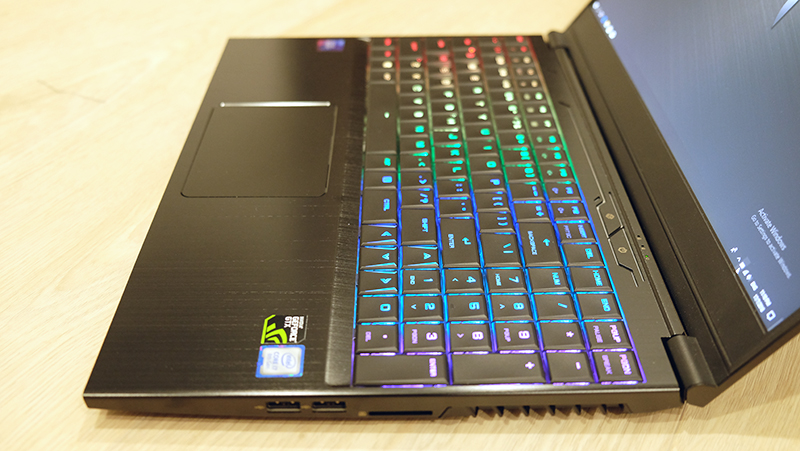 The trackpad isn’t a Windows Precision Touchpad, but it still feels accurate and precise enough. And unlike the Gigabyte Aero 15X, it does support certain three- and four-fingered shortcuts for navigating the desktop.

If there's one area that could use sorely use some improvement, it's the speakers. The bottom-firing units are lacking in volume, and when you finally manage to get them loud enough, there's noticeable distortion and your tunes end up sounding quite muddy.

Elsewhere, the APEX-15 packs a strong selection of ports and networking features. It’s missing a Thunderbolt 3 port, but it does still have a USB 3.1 (Gen 2) Type-C port, two USB 3.1 (Gen 1) Type-A ports, and one USB 2.0 connector. 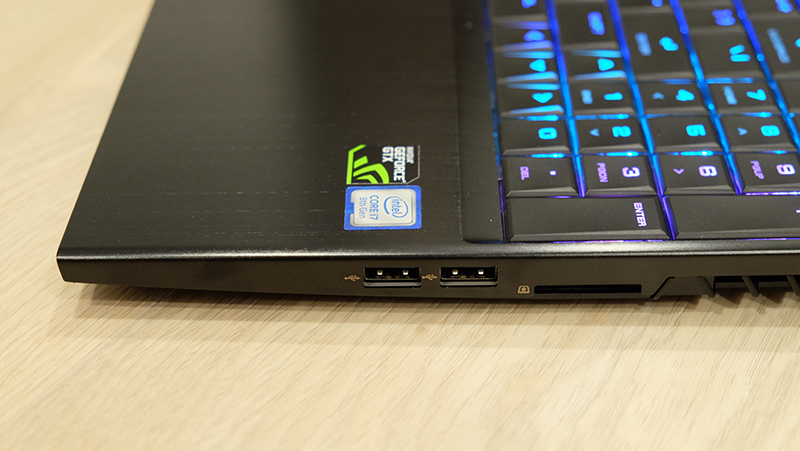 It also supports up to three external monitors with its two Mini DisplayPort 1.4 and HDMI 2.0 outputs. 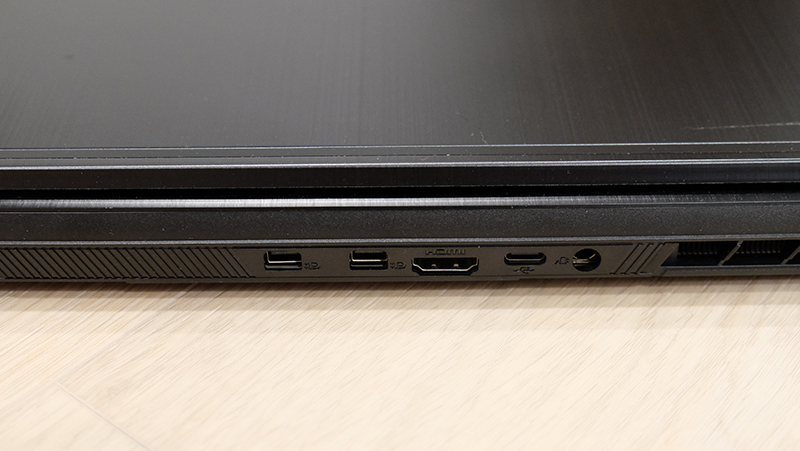 On the networking front, the laptop uses an Intel Wireless-AC 9560 2x2 module, which supports faster-than Gigabit Wi-Fi speeds and a maximum throughput of 1.73Gbps. It also comes with a Gigabit Ethernet port, so you won’t need any adapters to connect the laptop directly to your LAN cable.

A dedicated button next to the power button lets you boost the fan speeds for some additional cooling, but this absolutely sends noise levels sky high. 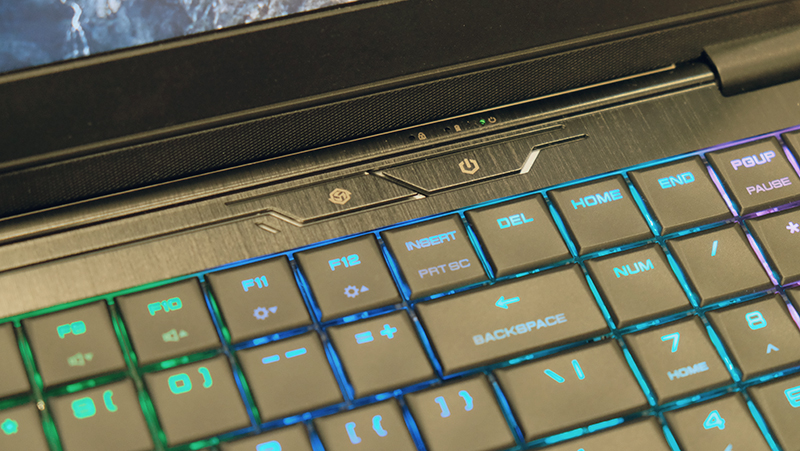 It’s nifty to be able to kick things into high gear when you feel the system getting hot, but the level of noise will probably keep you from using it more often. The laptop itself is cooled by dual fans, which pull in air through large mesh openings at the bottom and expel hot hair through vents at the sides and rear.

The APEX-15 boasts a brushed metal finish on the palm rests and the lid, which helps give it a more premium look. The aluminum alloy chassis is lightweight and solid, so this is quite a well-built laptop. That said, when set beside something like the Razer Blade, or even the Gigabyte Aero 15X, the notebook’s rough edges become a little more apparent. 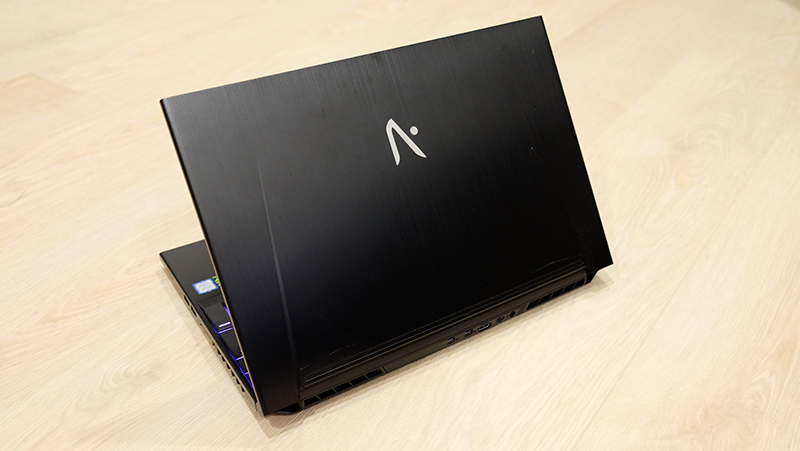 It’s fine as it is, but it doesn’t feel quite as polished or refined as something like the Blade, which is milled from a single block of aluminum. For instance, if you look closely at the edges, you can see small gaps where the different sheets of aluminum meet each other. But that’s okay. After all, you do get what you pay for, and while these niggling details might help distinguish a far pricier machine, I can’t really complain about the APEX-15 when it’s priced as it is.