I measured the external temperatures of the four quadrants of the notebook after looping the 3DMark Fire Strike Extreme stress test for 15 minutes. This amount of time is more than enough to get an idea of your average maximum running temperature for this workload.

Since the Triton 700 has no palm rests, those temperatures aren’t particularly relevant. Instead, I should point out that the areas surrounding the trackpad, and the trackpad itself can get pretty toasty, which doesn't make for the best user experience. 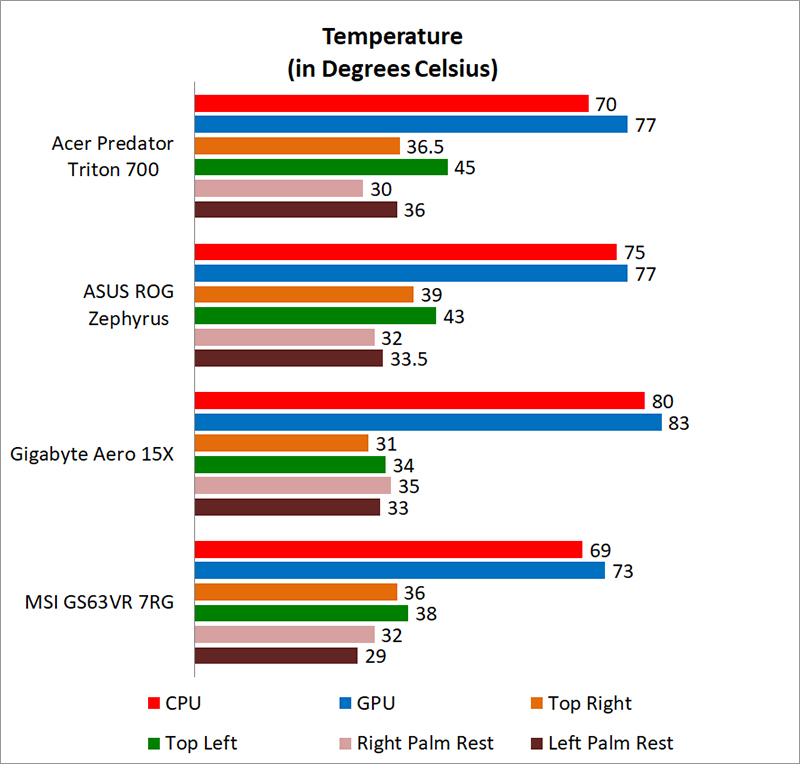 The Gigabyte Aero 15X led the pack with an impressive 434 minutes of battery life in PCMark 8 Home’s battery test. That’s no doubt due in large part to its generous 94Wh battery, but what’s impressive is that it isn’t actually a whole lot thicker, or even heavier, than the other notebooks.

While both the Predator Triton 700 and ROG Zephyrus are practically featherweights for the level of power they offer, one of the biggest compromises they’ve had to make is on the battery life front.

The 54Wh battery on the Triton 700 might be enough for a less powerful gaming notebook, but it’s barely enough for something as high-spec'ed as this Acer laptop. This is not a laptop that will take well to any extended period away from a power outlet. 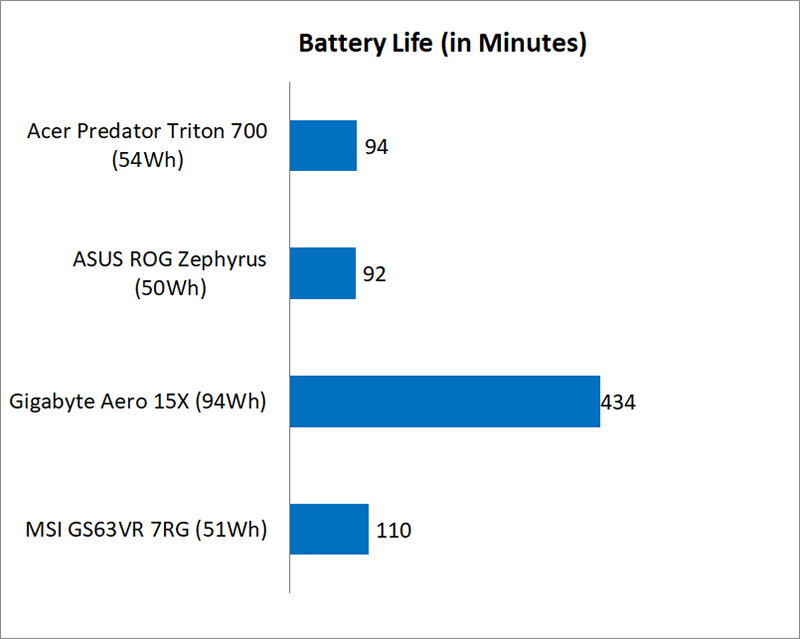 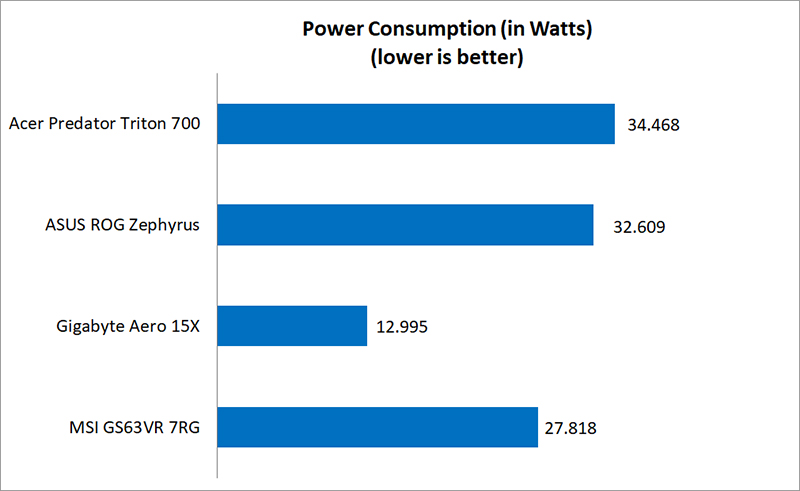 Our portability index attempts to provide an objective measure of how portable a notebook is, taking into account factors like size, weight, and battery life. The Gigabyte Aero 15X did particularly well here, largely thanks to its excellent 7-hour battery life in PCMark 8.

On the other hand, both the Acer and ASUS laptops fell short by quite a bit. Despite their slim and lightweight designs, they’re both bogged down by their subpar battery life. They’re technically portable, which is to say that you can put them in your backpack with little trouble, but you’ll still find yourself tethered to a power socket most of the time. 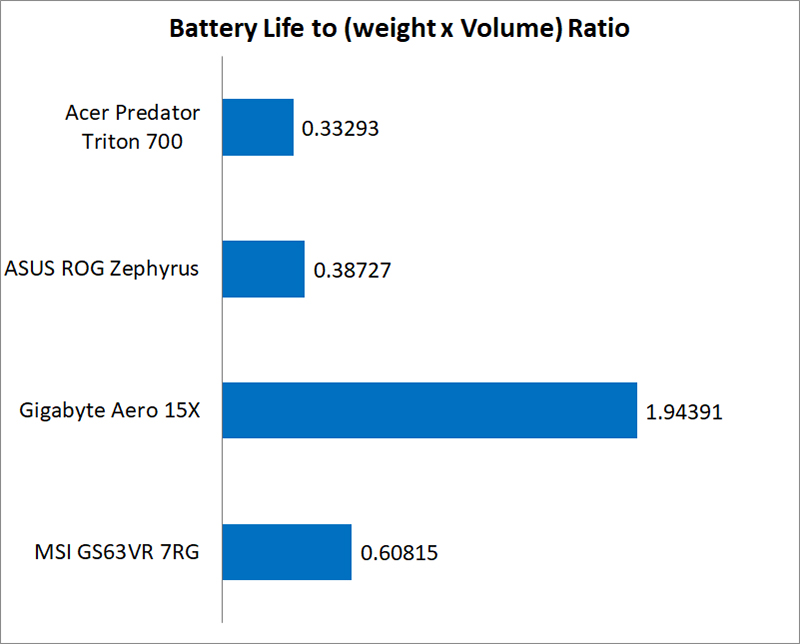