This is one laptop that has no intention of being called boring. The Predator Triton 700 is visually striking, to say the least, with a large illuminated glass trackpad above the keyboard. It’s probably the first thing you’ll notice about the laptop, and it’s safe to say that no other notebook looks quite like it.

The matte aluminum chassis looks great and does a good job at resisting pesky fingerprints, so you don’t have to wipe the laptop down every time you touch it. It feels really solid, with little discernible flex around the keyboard. On paper, it’s also an absolute specifications beast, with nearly everything you could ask for in a laptop. This means an NVIDIA GeForce GTX 1080 Max-Q graphics, 32GB of DDR4 memory, and even a blazing fast 1TB RAID 0 SSD array.

This Predator notebook measures a mere 18.9mm thick and weighs 2.4kg, which is practically a featherweight for the amount of power it offers. The GeForce GTX 1080 Max-Q can run just about any game out there at 1080p, which is precisely the display resolution on the Triton 700.

On the topic of the display, it uses a 120Hz refresh rate IPS panel and supports NVIDIA G-Sync. This combination should provide a super smooth and fluid experience, eliminating annoyances like stuttering or tearing. A high refresh rate display is truly one of the best upgrades you can get for your gaming experience, and it’s nice to see it offered on a growing number of premium gaming laptops today.

To cap matters off, Acer managed to squeeze a full-size mechanical keyboard into the Triton 700’s slim chassis. It employs low-profile mechanical switches that are both tactile and clicky, making for one of the best typing experiences I’ve had on a laptop. Each key press feels deeply satisfying, and you can customize the RGB lighting on a per-key basis as well. The lighting effects are well implemented and show minimal backlight bleed, so there’s really little to complain about here. 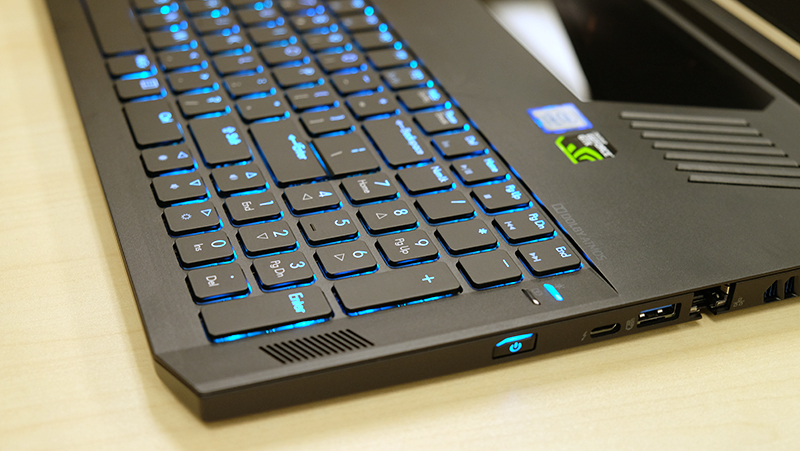 I truly appreciate being able to have a mechanical keyboard on a laptop that isn’t as bulky as something like the MSI GT80 2QE Titan SLI, which also looks like someone slapped a regular desktop keyboard onto the body of a laptop.

The stereo speakers are located on either side of the keyboard and face upwards, which is probably one of the better speaker arrangements on a laptop. They’re free from obstruction, and are capable of pumping out loud tunes to fill a room. However, the low-end can sound a little anemic, so you’re really better off using dedicated headphones. That said, the support for Dolby Atmos is a nice touch, and it only seems fitting for a laptop that costs this much.

As expected from a notebook of this caliber, there’s also no shortage of connectivity options. This includes three USB 3.1 (Gen 1) Type-A ports, one USB 2.0 port, and a Thunderbolt 3 connector. There are also HDMI and DisplayPort outputs on the rear – they may be slightly less accessible than ports at the side, but it can make cable management slightly easier. 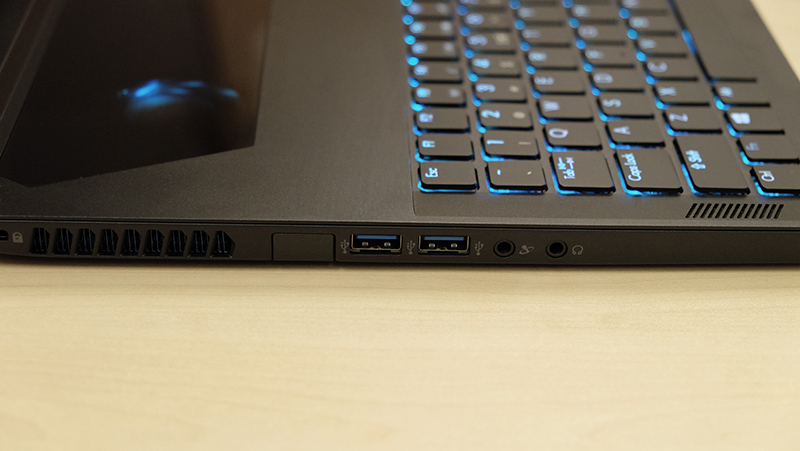 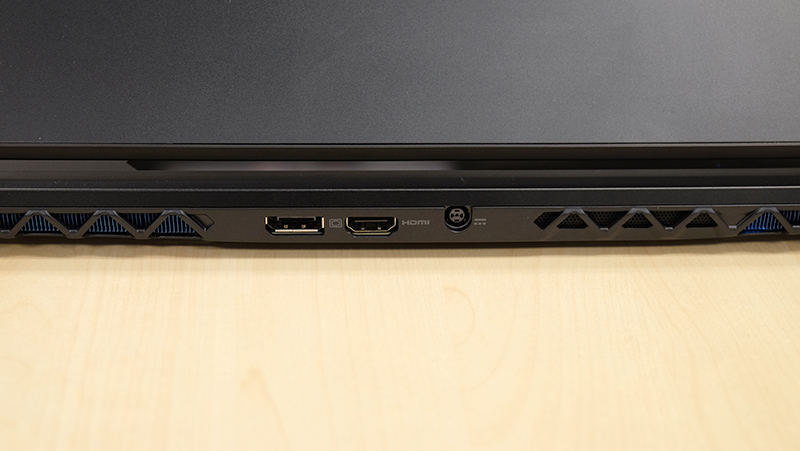 Furthermore, for a laptop this thin and powerful, the Triton 700 is reasonably quiet. The fans are definitely audible, but they never approach the piercing noise levels on something like the MSI GT75VR 7RF Titan Pro. However, there’s the option to ramp up fan speeds in the PredatorSense software, so the fans can actually get quite loud.

To keep the laptop cool, Acer has gone with two all-metal AeroBlade fans and five heatpipes. Cool air is pulled through the intake vent at the top, and hot air is expelled through the vents at the back. There’s no doubt that the Predator Triton 700 is one of the most impressive gaming laptops around. Unfortunately, the notebook also comes with one major flaw that puts a huge dampener on what would otherwise be a stellar experience all around. I’m of course talking about the trackpad, which sits above the keyboard.

This placement feels super unnatural and difficult to get used to. It feels tiring to constantly have to move your hand up whenever you need to navigate, and it’s anything but intuitive. I’d much rather have the trackpad sit where the number pad is, which the ASUS ROG Zephyrus does to great success.

To sum things up, the trackpad is super pretty and great to look at, but it’s otherwise a huge letdown. It’s covered by a sheet of Gorilla Glass and reveals a fan spinning underneath. The AeroBlade fan is also softly lit by a blue glow, so it’s definitely pretty cool to look at. It’s just a pity that it’s simply not very usable. Other than the lack of any physical buttons for tactile feedback, the actual tracking area is limited to a small section of the glass window, and is delineated by barely visible white markings. This meant I often found my mouse pointer unresponsive, because I’d inadvertently wander outside of the tracking area. Furthermore, the trackpad gets rather hot to touch, as it’s located above critical heat generating components.

If you can overlook the trackpad’s design, the Triton 700 makes for quite an impressive specimen, albeit at a horribly steep price of S$5,888. Still, the sleek aluminum chassis screams quality, and it serves up performance in spades. Just make sure you’ve got a mouse on hand always, because you won’t want to spend much time with that trackpad.