Performance you can carry around 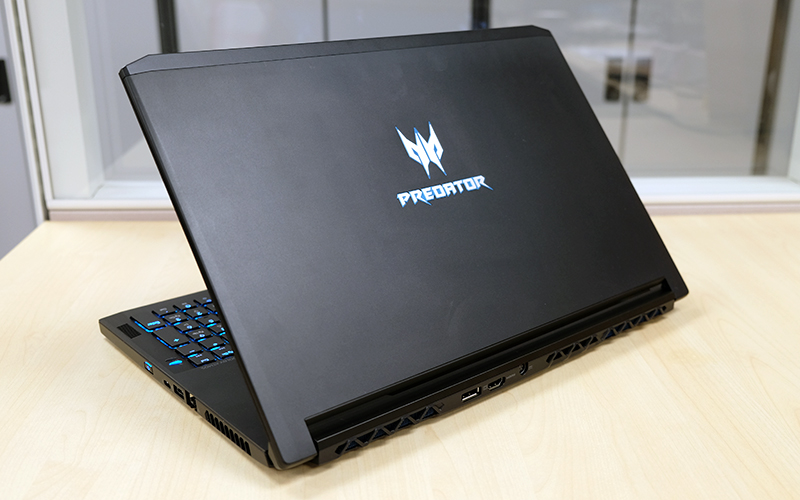 Today’s gaming laptops pack a ton of performance into lean and mean chassis, so you never have to leave the gamer in you back at home.

The Acer Predator Triton 700 is a prime example of such a laptop, and it squeezes absolutely beastly specifications into a chassis that measures just 18.9mm thick. It’s one of those laptops that defies expectations about how much performance you should be getting in a certain form factor, and a lot of that is thanks to NVIDIA’s Max-Q optimizations.

Here’s an overview of what you’re getting:

Acer looks like it’s taken care to push every spec of the laptop, and even the storage drive is a speedy 1TB PCIe SSD RAID 0 array.

Unsurprisingly, this comes at a significant price premium, and the Triton 700 will cost you an eye-watering S$5,888. That’s nearly a thousand dollars more than the already-expensive ASUS ROG Zephyrus GX501 (S$4,898), which is its closest competitor.

While the Zephyrus lacks the RAID 0 SSD array and has slightly less RAM, it makes up for that with a slimmer, lighter, and overall better design. The trackpad on the Triton 700 leaves a lot to be desired, and I’ll talk about that in greater detail on the next page.

Ultimately, it’s a case of give-and-take between the two. Is the Triton 700 worth its stiff price tag? Read on to find out.

Write a Review
Compare This | Specifications
Beastly specifications
Slim, lightweight design
Excellent mechanical keyboard
Uncomfortable trackpad placement
Trackpad gets hot when in use
Poor battery life
Our articles may contain affiliate links. If you buy through these links, we may earn a small commission.
Sponsored Links