A.C. Ryan cut its teeth on the media player market with the Playon!HD and the Playon!HD Mini. While both players were lauded for their solid performance, A.C. Ryan has not been resting on its laurels and has refreshed its media player lineup with the aptly named Playon!HD2 and Playon!HD Mini 2. We first caught a glimpse of the new boys in town at the IT Show 2011 and were curious as to how they would perform.

Priced at S$269, the Playon!HD2 seems to be aimed at those who are willing to pay a bit more for their media players. With TV manufacturers churning out sets capable of accessing Internet content, the HD2 will be facing newer threats other than its direct media player competitors. Boasting the ability to play most video formats such as AVI, MKV, TS, RMVB, BD-ISO, FLV at up to 1080p resolution, will the Realtek 1185DD-powered HD2 impress us? Read on for the details. 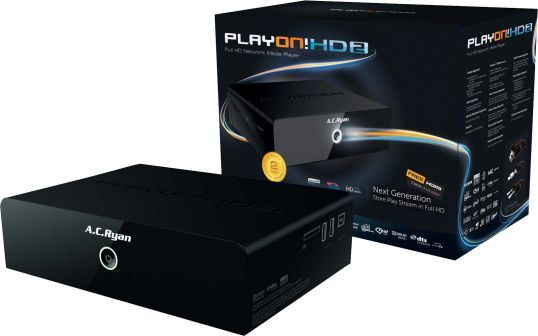 Write a Review
Compare This | Specifications
Plays almost every file fomat
Has USB 3.0 port for high-speed data transfer
Big and bulky
Slow start-up
Our articles may contain affiliate links. If you buy through these links, we may earn a small commission.
Sponsored Links