At first glance, the Playon!HD 3D looks almost like its predecessor, the Playon!HD2. But upon closer inspection the Playon!HD 3D has a slightly smaller mass: while the height and width remain the same across both models, the HD 3D’s length measures 20.5cm, compared to the HD2’s length of 23cm.

Despite shaving off 2.5cm from the HD2’s length, the HD 3D remains a relatively bulky media player, compared to the like of the WD TV Live and Aztech PlayXtreme 2. That’s because it has provisioned some space internally to accommodate a 3.5-inch SATA 3Gbps/6Gbps internal hard drive. There's no need to open up the player to do so however. On the left of the player is an EZ Drive slot; just undo the two catches on the bay cover and pop the internal hard drive in. While we like our media players as small as possible, there are valid reasons for having an internal hard drive. For one, network bandwidth during streaming becomes a non-issue if you were to store your files locally. Take note though, the S$249 retail price doesn't include the hard drive.

One other thing we noticed was the HD 3D features a matte surface all around with the exception of the front plate, which remains the same glossy plastic that was used on the HD2. Perhaps AC Ryan caught wind of our dislike for the HD2’s glossy plastic surface which displayed fingerprint smudges and scratches too clearly. 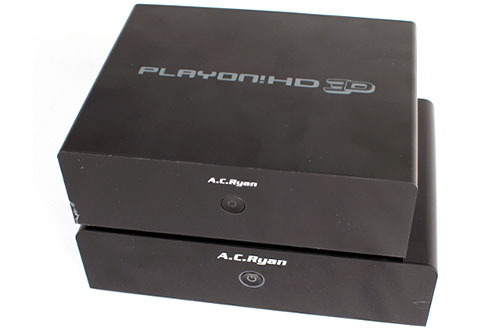 On the right side of the HD 3D, you've four USB 2.0 ports, which is nice in case you ever run out of space for the internal storage and need to hook up some external drives. There’s also a USB 3.0 slave port at the rear which isn't meant for connecting to an external USB storage device. Rather, you use it to connect to your PC (acting in Master mode) for file transfer at USB 3.0 speed. This is handy when you've mounted an internal hard drive to the HD 3D and you would like to quickly transfer large media files into or out of the media player.

In terms of video and audio outputs, there are composite and component jacks (both use the same set of stereo audio phono jacks), and a lone HDMI terminal. Digital audio is served via S/PDIF - both TOSLINK (optical) and RCA (coaxial) connectors are present.

The remote remains the same as the one that came with the Playon!HD2. If you've never handled the HD2, the remote is slim and long (you know, like a TV remote control), which make is easy to hold. The remote sports a circular d-pad, which is easier to use compared to the four-way arrow d-pad some remotes come with. Almost all of the player’s functions and playback options can be accessed with the remote even while playing your preferred media file, which is a plus point. For example, you can adjust the video and audio settings via the setup button. Without this button, the conventional method would be to exit the video, adjust the settings, and then resume playback again. On HD 3D, exiting the setup menu will bring you right back to the video, making it less disruptive to your viewing experience. 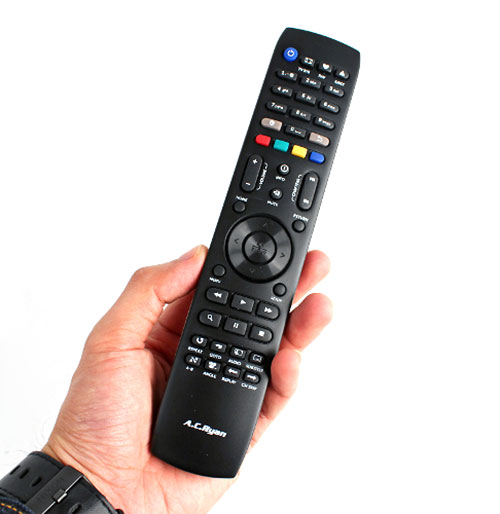