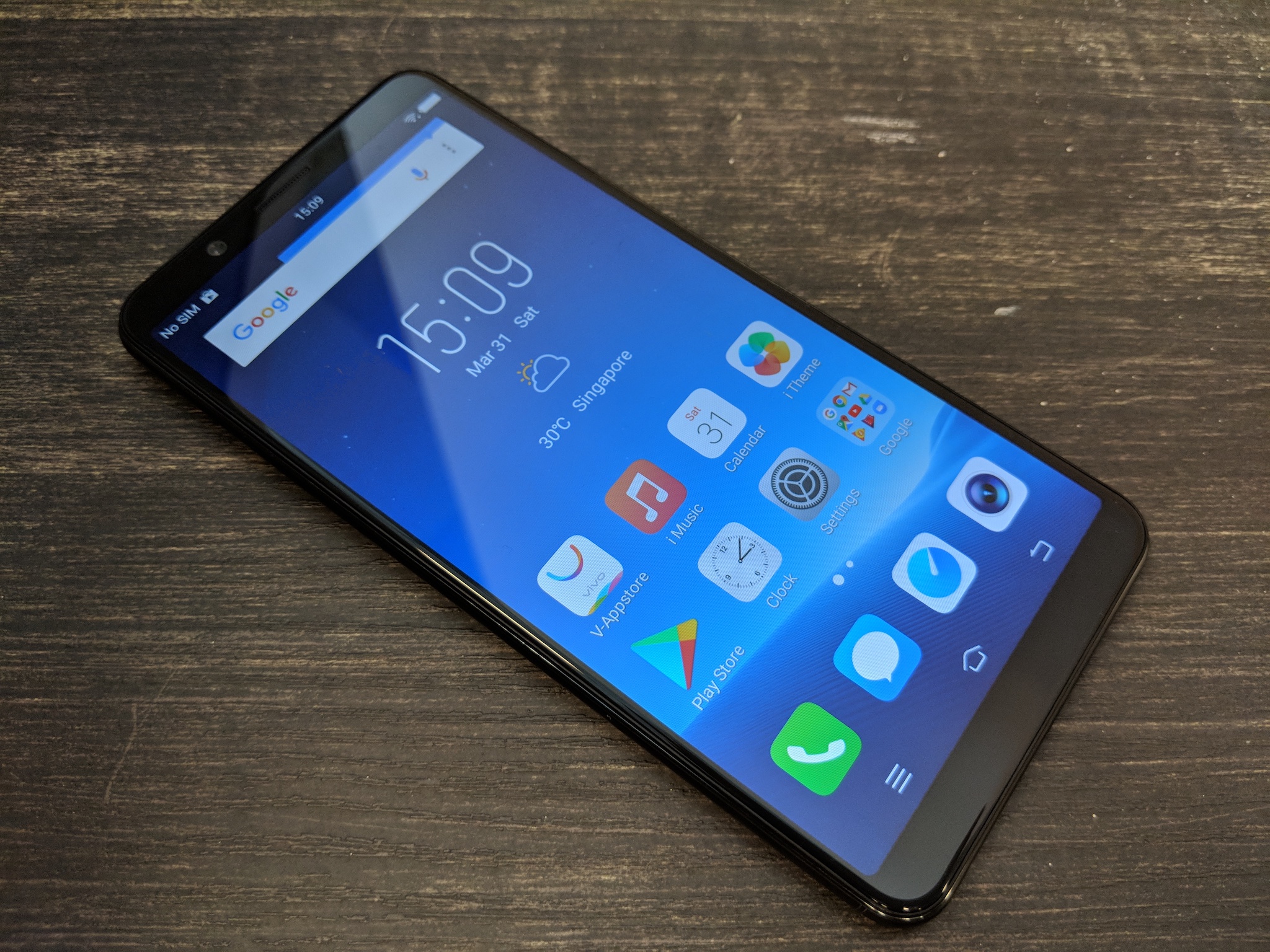 vivo (in our) city

welcome, dear reader, to another hardwarezone review. today, we'll examine the inaugural product of the latest smartphone brand to hit our shores: vivo. by the way, please let us know when you're tired of us typing everything in lowercase - it's just our effort to adapt to the odd lowercase styling that vivo uses.

While new to the local market, vivo is actually a brand under the BBK Electronics group, which is headquartered in the electronics manufacturing hub of Dongguan in China, and cut its teeth making audio-visual equipment.

Being established for two decades and clinching the title of second largest smartphone manufacturer in the world last year are not facts that are likely to ring bells for you, but this one certainly will: Oppo and OnePlus are also members of the BBK clan. In fact, you're likely to find vivo and Oppo stores side-by-side in neighboring countries.

The next and most obvious question would be that of product differentiation. While OnePlus urges us to "Never Settle", and Oppo preaches "The Art of Technology", vivo's slogan is much more specific: "Camera & Music" or "Hi-Fi & Smart", depending on where you look. We'll take "Camera & Music" as the best blend of those two, and as two of the most - if not the most - desired features of today's smartphones.

(editor - vivo's Singapore HQ actually denies being part of BBK Electronics, claiming instead that vivo is an independent brand with no relation to BBK, despite it being very well-known that vivo is, and always has been, a subsidiary of BBK. Make of that what you will.)

But as you can see, the V7+ is not alone in this field. Given its SRP of S$469, many challengers exist, such as the ASUS Zenfone 4 Max, the Mi A1, and the Redmi Note 4. Is the vivo V7+ still able to live up to such precise ideals? Let's find out.

If you were hoping for a break from an Apple-styled anodised-aluminum monoblock, sorry - the vivo V7+ does not have your panacea. In fact, it follows almost exactly in the footsteps of the other BBK-brand phones - which is to say that its design screams "iPhone 6" to all and sundry, even those not bothered to look more closely.

This writer did not have an Oppo handy... but he possesses a OnePlus 5T. Though both phones are very different in functionality and specs, the family resemblance is unmistakable on the outside:- 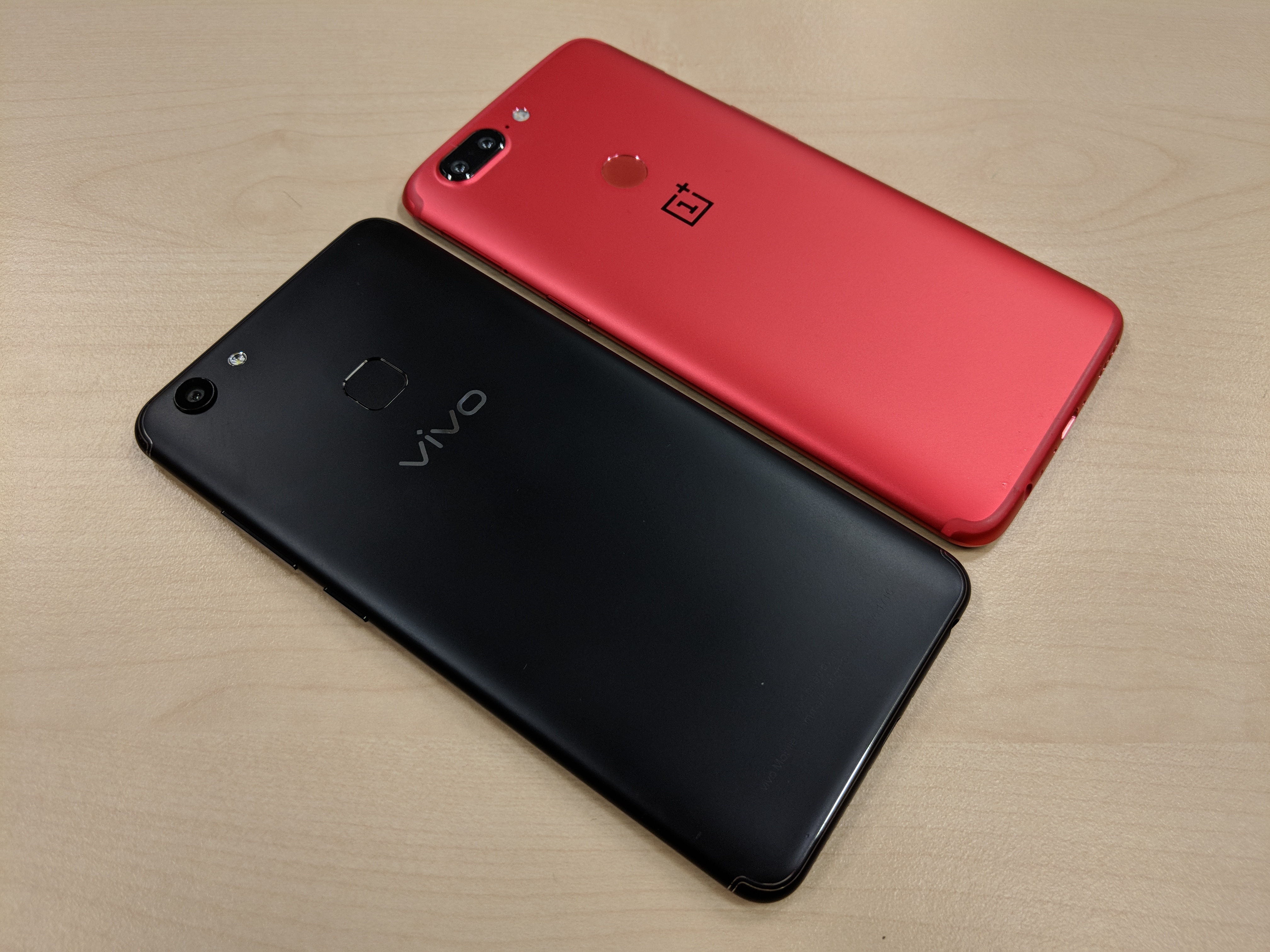 Don't get us wrong - we're not panning vivo. They certainly chose a good design to model their phones on, and the V7+ looks pretty classy in black, which is an impression helped along by the "stringed" antenna lines first found on the Oppo R9 series. But it seems clear that vivo, Oppo, and OnePlus share modified forms of their basic designs. 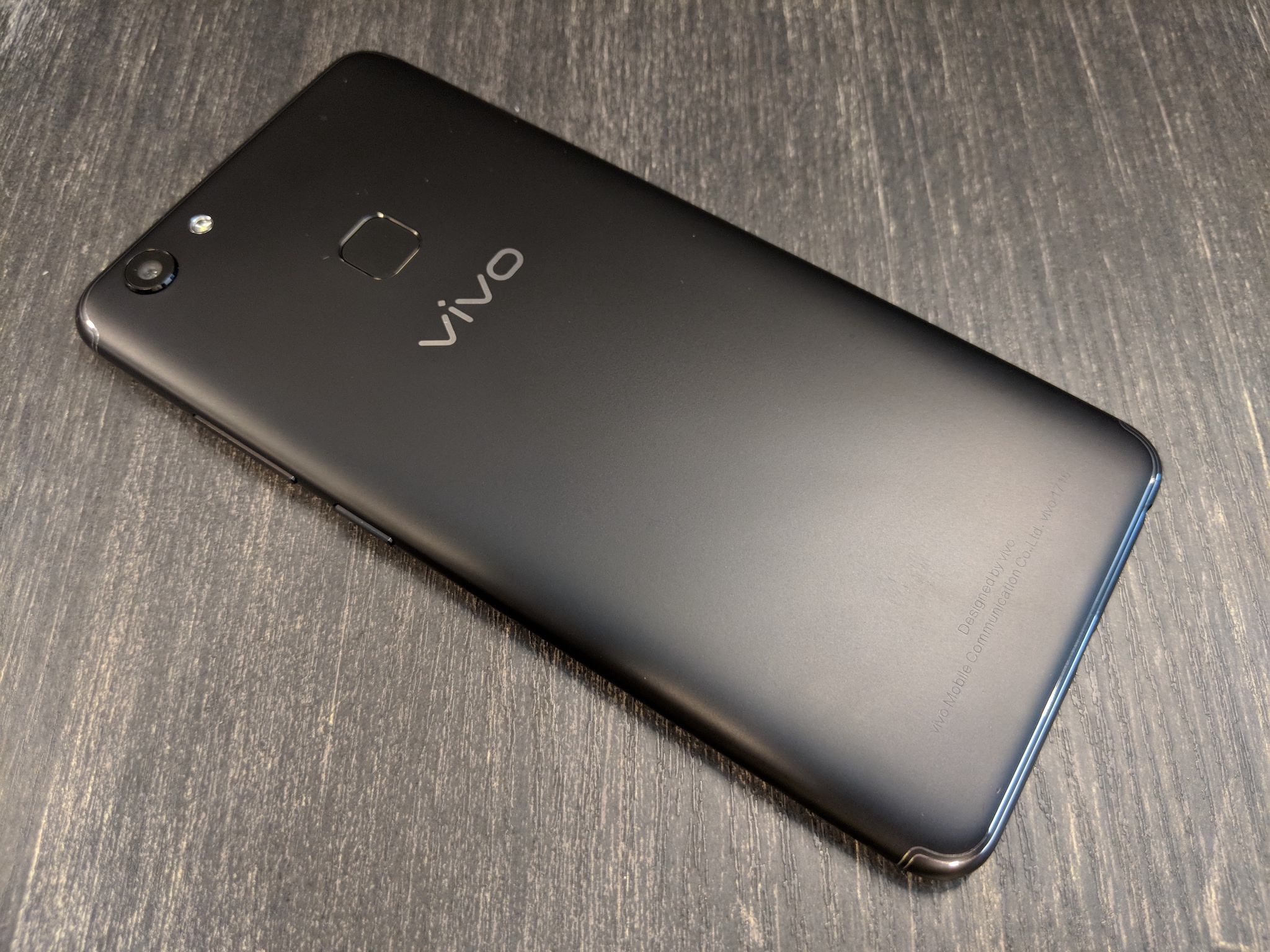 Which doesn't leave us with a lot to say about the V7+, then. The "squircle" fingerprint sensor is well-placed, and easy to reach, as with the other BBK family phones. And as with the iPhone that it takes cues from, the V7+'s smooth lines are broken rudely by a camera "bump" ring of about 1mm thick. There is a single speaker grill at the bottom that puts out distortion-free but somewhat soft audio, that is also irritatingly midtone-heavy.

But... all those of you out there still hanging on to stocks of Taobao-bought micro-USB cables, rejoice! you have another phone to choose from! 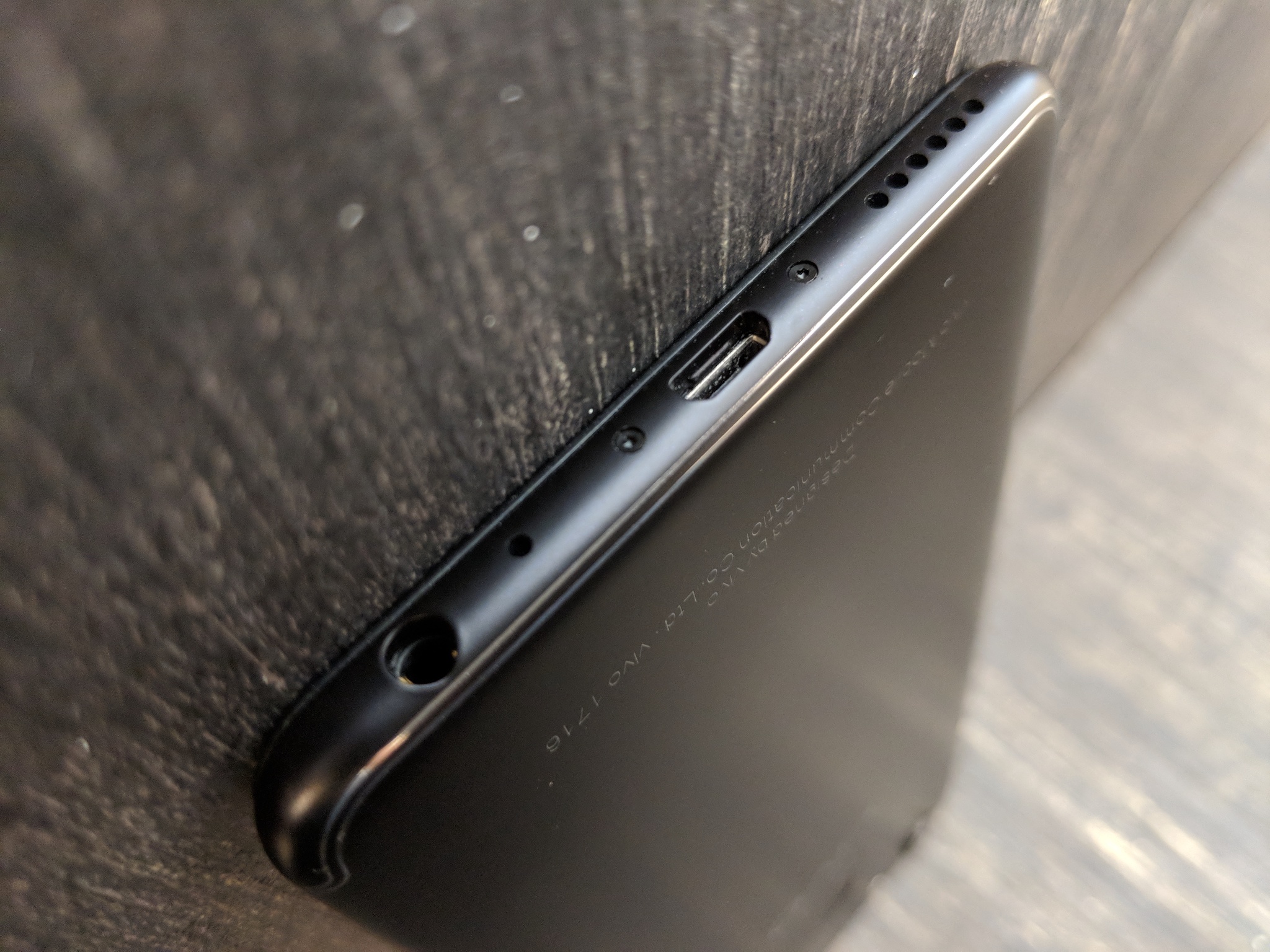 Speaking of online shopping, do pick up a TPU case if you intend to get this or any other similarly slippery rounded-edged aluminum-unibody phone. You'll thank us later.

On the visual side of things, the vivo V7+ appears to keep up with trends at first glance, its 5.99-inch IPS LCD being of the 18:9 aspect ratio persuasion. But when this writer first powered it on, he had his glasses off, and the pixels, pixels everywhere were very hard to unsee - the display resolution is only 1,440 x 720.

We've been spoiled by devices thus far - even the cheaper $299-SRP Redmi 5 Plus - which have 2,160 x 1,080-pixel resolutions, so the vivo V7+'s lower resolution is very hard to, um, overlook. And given the price point of the aforementioned rather similar phone, that's not the only thing that will keep whispering in our ears as we go along... 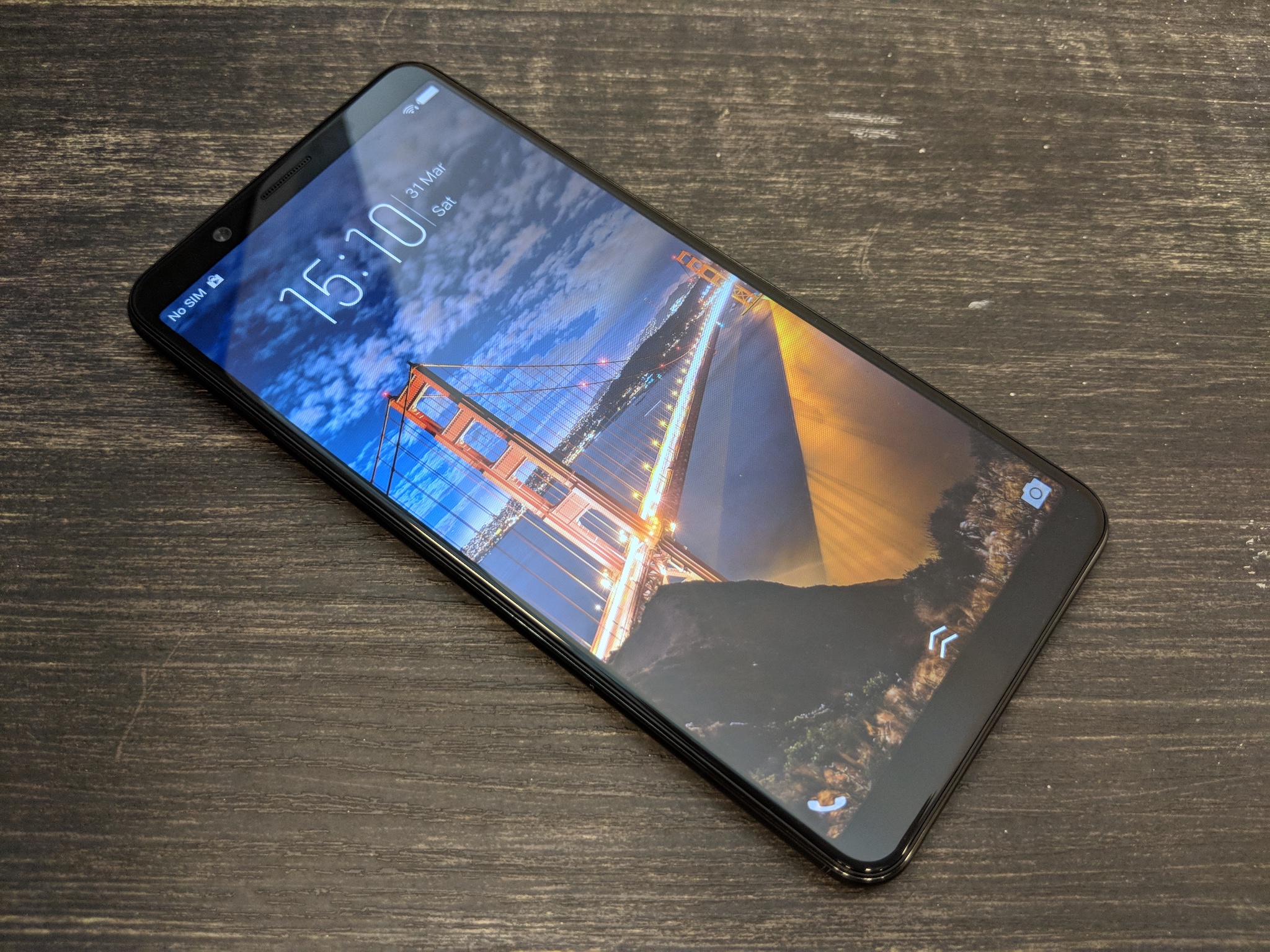 The vivo V7+'s display resolution is not the only thing that reflects (I must stop making these puns) the phone's price point. While luminance and saturation appear impressive under indoor lighting, much of this is traded for a rather dim and reflective viewing experience once you take it out into the sun. Also, the sharp-eyed among you would have noticed, from all the photos thus far, that the display has a rather bluish color cast. 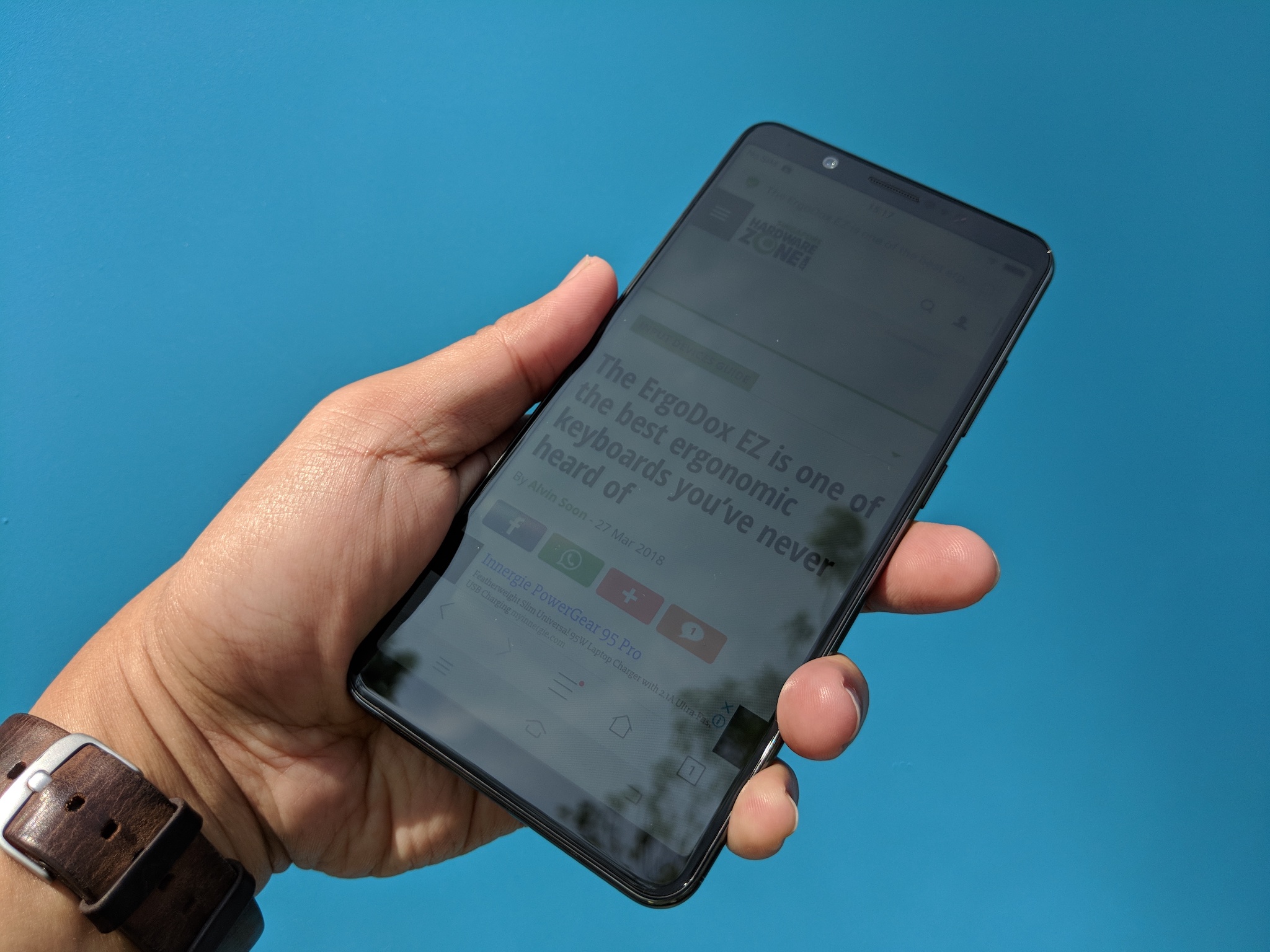 Write a Review
Compare This | Specifications
Respectable battery life
Solid metal build
Middling main camera
No dual-camera setup
No NFC
Not outstanding as a whole, given its price point
Our articles may contain affiliate links. If you buy through these links, we may earn a small commission.
Sponsored Links